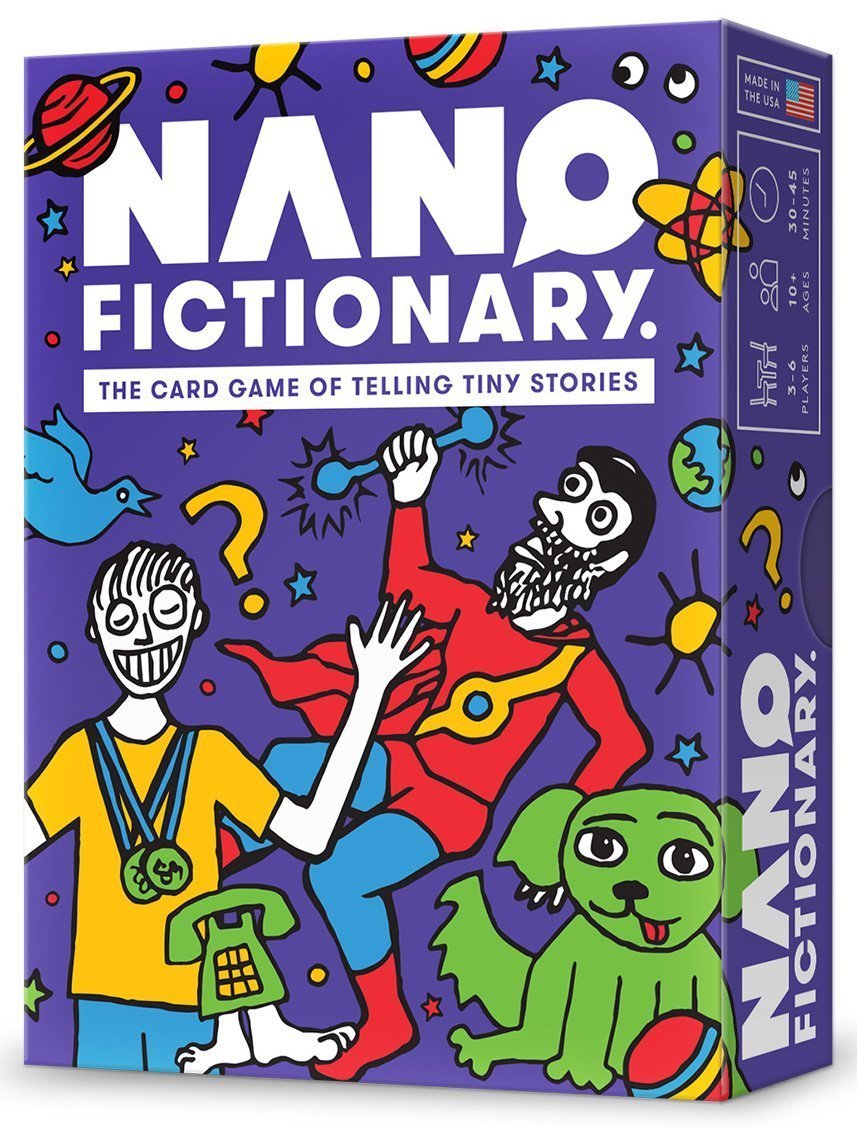 Nanofictionary is a story-telling game in three rounds. The first round involves the construction of the stories, in which players race to collect the four plot elements of setting, characters, problem, and resolution. In the next round, the players tell their stories. After that, the players vote on which were the best stories, with additional votes being added by judges on the sidelines.