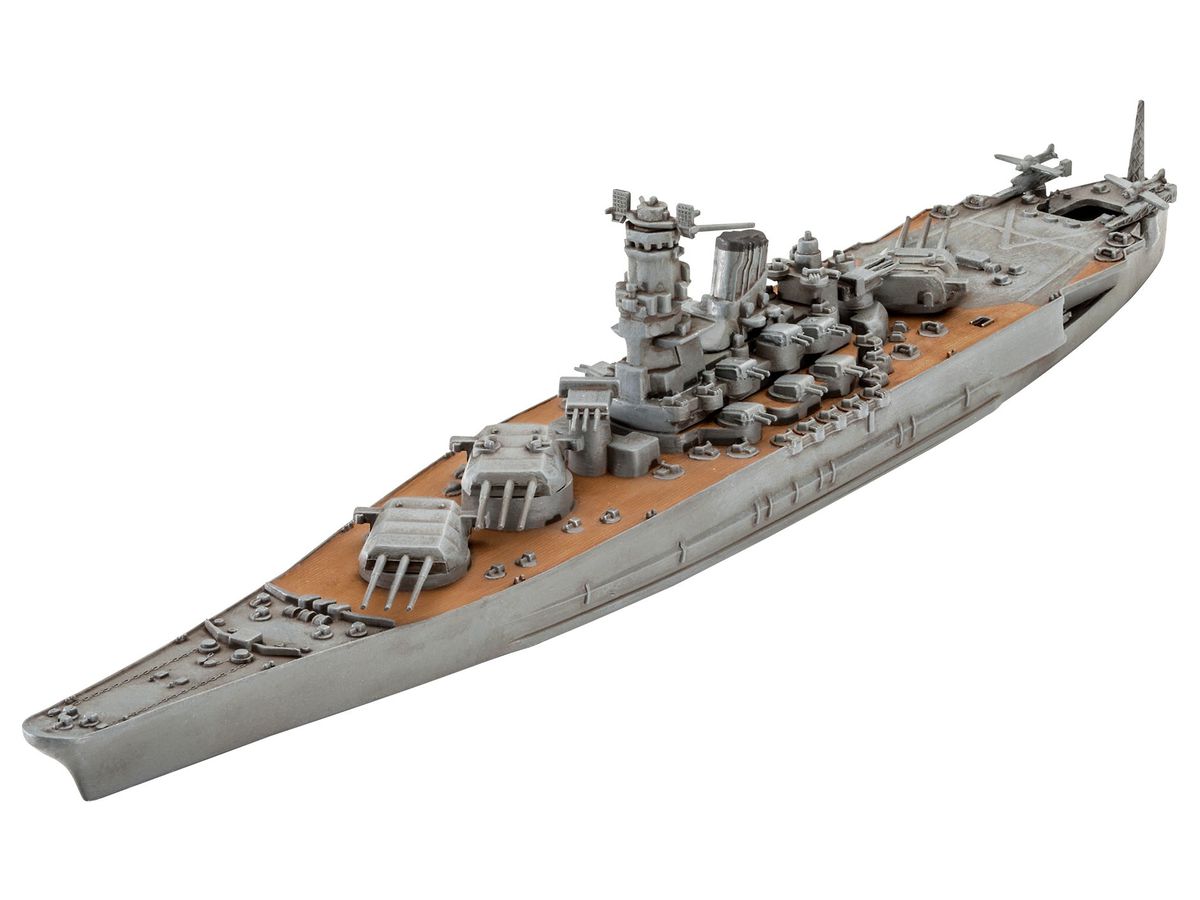 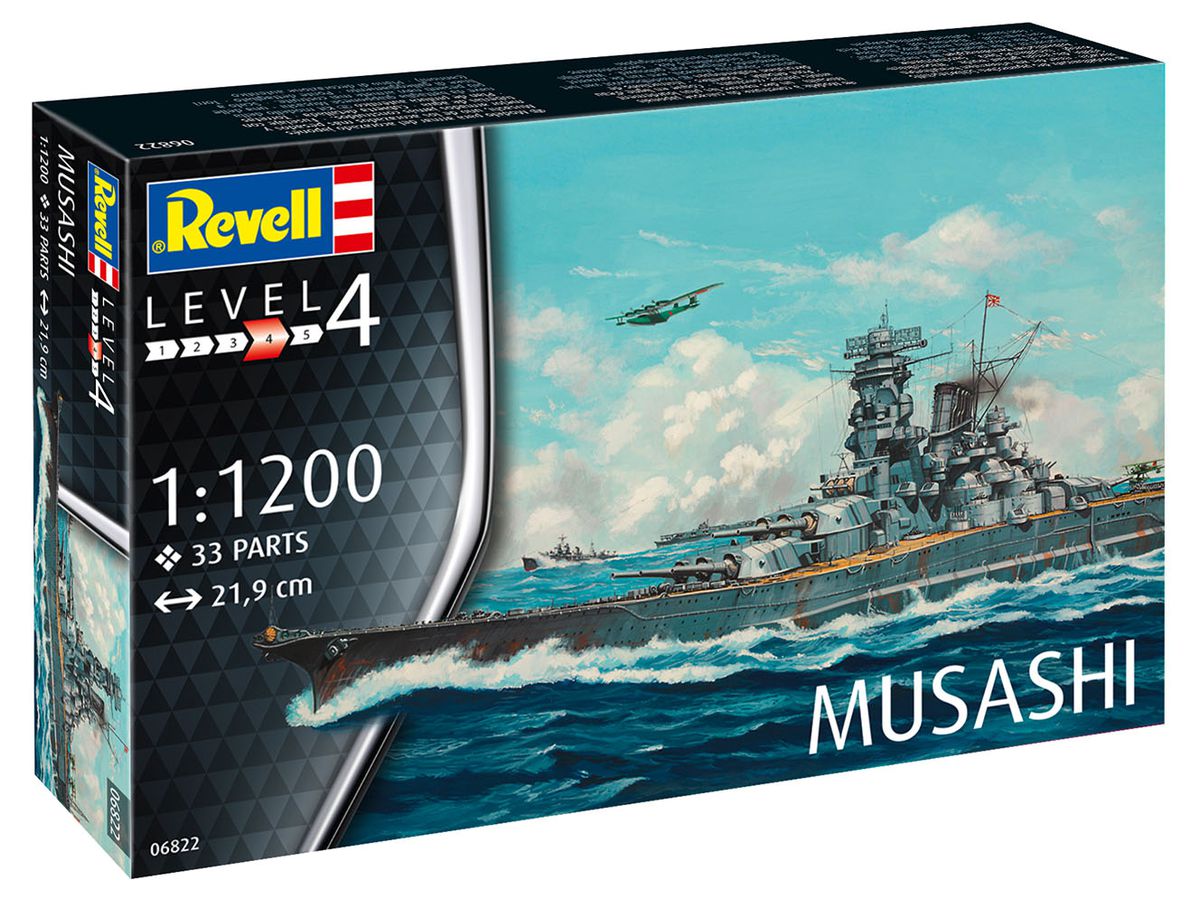 This is an assembly kit of the Musashi, which was laid down in 1938 as the second ship of the Yamato-class and completed in August 1942 as Japan's last battleship. The armor belts on the hull sides as well as the boat storage hangar at the stern feature a high degree of detail. The barrels of the triple gun turrets are individually-molded and feature sharply reproduced waterproof covers. The secondary guns, DP guns, radars, rangefinders, etc. are also highly detailed. Furthermore, the gun turrets can be freely rotated thanks to the use of polycaps.