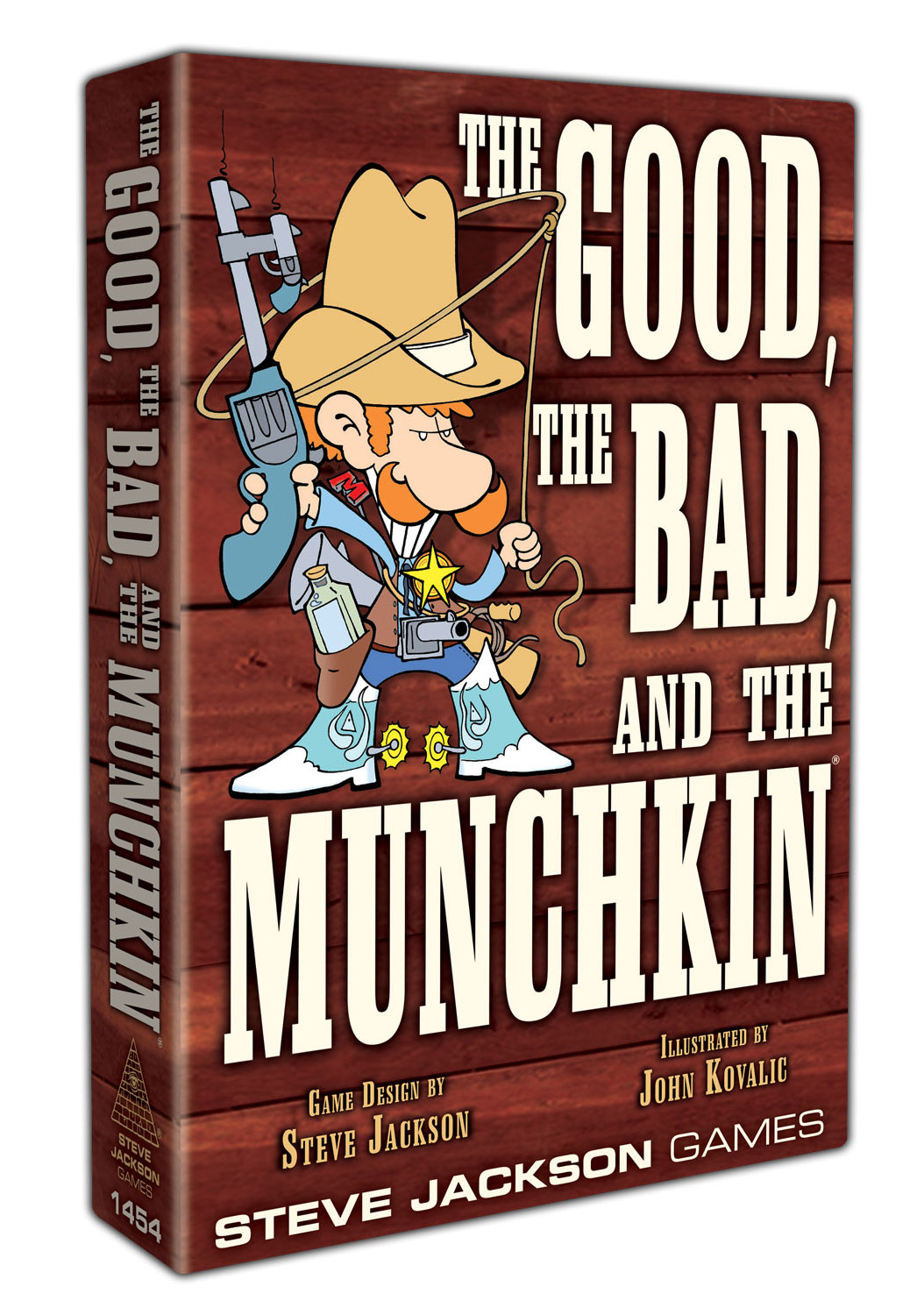 Munchkin: The Good the Bad & the Munchkin

Oh, give me a home where the Jackalopes roam
And the Dudes and the Buckaroos play,
I'll slay and I'll loot, give the monsters the boot,
And the dice are not loaded, no way.

The Good, the Bad, and the Munchkin  opens a whole new frontier - the Wild West! Forget dragons and goblins - Jackalopes and Davy Croc have just as much treasure. Those plains may seem wide open, but there's lots of monsters to kill, and lots of stuff to take.

Become a Cowboy with a Twenty-Gallon Hat, or an Indian on a Catamount. Fight Wild Bill Hiccup, the Killer Jalapeno, and a Barber Shop Quartet. Take The Annual Bath for an extra level. Or just pal around with your sidekick the Greenhorn, until you sacrifice him to distract a monster.

The Good, the Bad, and the Munchkin  is the next stand-alone game in the award-winning  Munchkin line.  Steve Jackson  and  John Kovalic  have teamed up again to put puns to paper like no one else can. Head 'em up and move 'em out, and get ready to wander the Grim Roper into somebody else's combat and make him "Rootin' Tootin'" for +10...