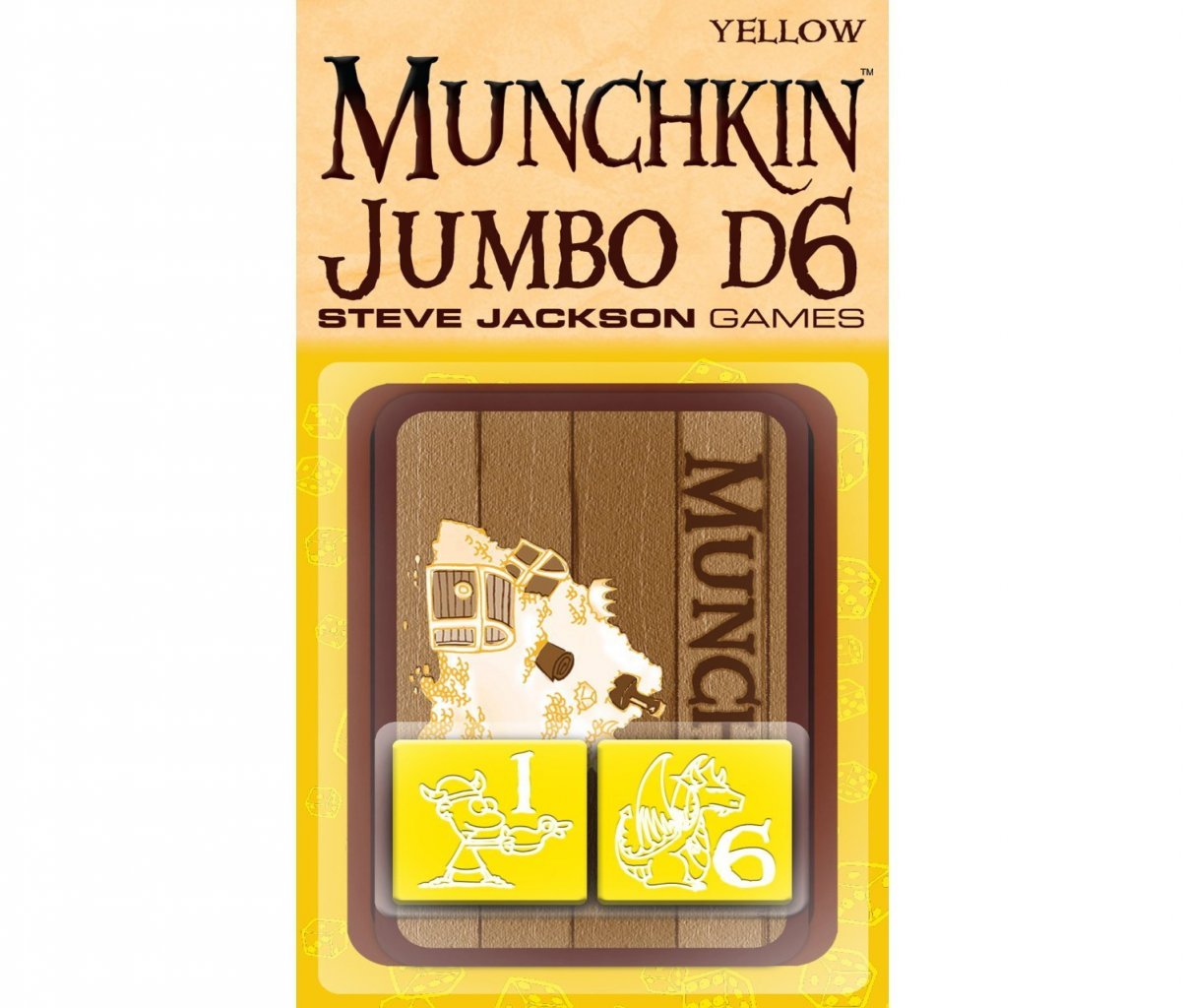 Munchkin Jumbo d6  serves as both accessory and mini-expansion for  Munchkin  and  Munchkin Quest.

Note that the publisher has released several additional variants of the Jumbo d6, in various color schemes. These dice do not come in a package, have no special rules, and do not include any cards. They aren't available through standard retail channels and must be purchased directly from Warehouse 23, the  Steve Jackson Games  online store. For the purposes of BGG versions and collection tracking, these dice lacking rules and cards are mere accessories and should not be listed with this entry. (Note also that while the glow-in-the-dark dice don't have a special rule, the  Munchkin promo card  "Ghost Hands" requires them in order to use the card.)