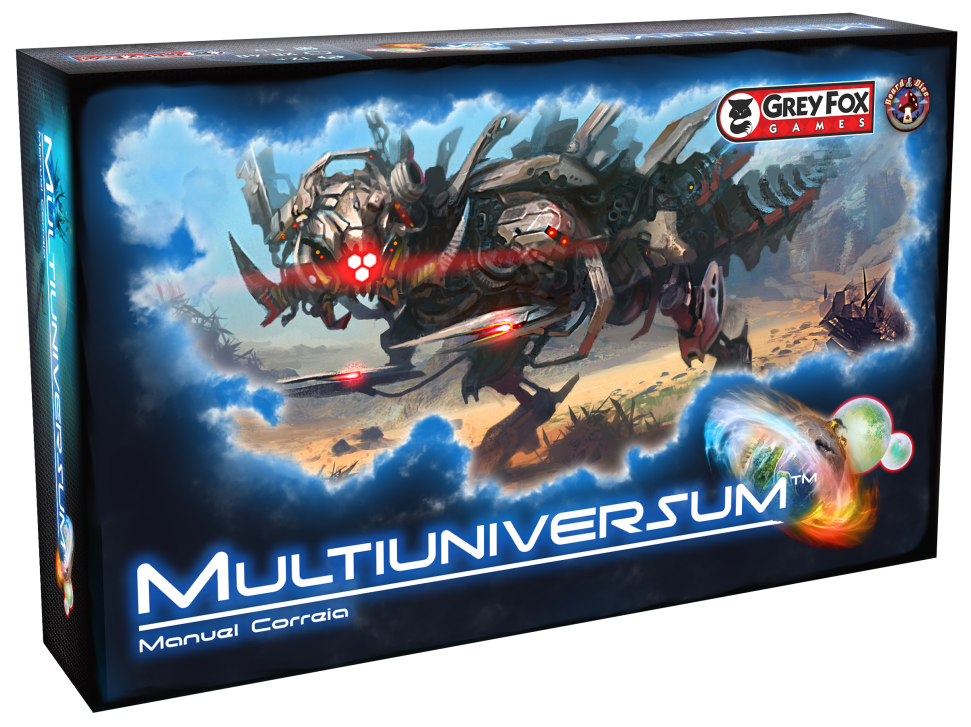 Deep inside of CERN, the Swiss research facility, a group of scientists are hard at work on the top-secret Multiuniversum project. You are one of those scientists, hard at work on a time machine. Today is the day you and your colleagues make history. The five pillars that run this contraption power up for the first time and it turns out you've created something very different from a time machine. Your machine has opened up more than a dozen portals to other dimensions ¦ strange alternate realities.

Visions of accepting a Nobel Prize race through your head as you realize the implications of what you've found. There's just one problem. Terrifying monsters from those alternate dimensions are spilling through the newly opened portals. Before you can claim the glory of your accomplishment, you have to shut down the transformers and close the portals all while gathering the research that will make you famous.

Multiuniversum is a 1-5 player card game where players, acting as scientists, will use their cards in the most efficient way they can to gain Discovery Points.

Cards serve many purposes in the game, granting scientists different actions depending on which of the five transformers their character is currently standing. Those cards are also used as tools needed to seal portals. Players gain Discovery Points for the portals they've sealed as well as a bonus for collecting sets of symbols on those portals.

All copies of Multiuniversum come with custom 18 mm scientist meeples.