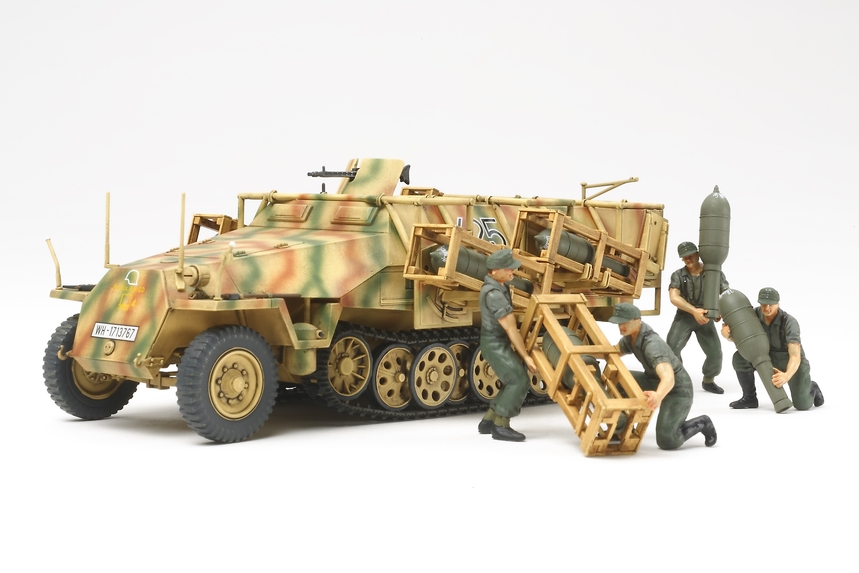 In 1931, the German Arm Weapons Agency began to research rocket technology. In 1941, the NbW 41 28/32cm rockets were the first rockets deployed to the front lines. These rockets could be launched from their simple launch frames. During WWII, the German army used the Sd. Kfz 251/1 as a mobile rocket launcher. The vehicle was equipped with five NbW 28cm rockets ad one NbW41 32cm rocket. Due to the destructive capability of these vehicles, the Sd. Kfz 251/1 was nicknamed "Stuka zu fuss" or "Ground Stuka", which referred to Luftwaffes Stuka dive-bomber.