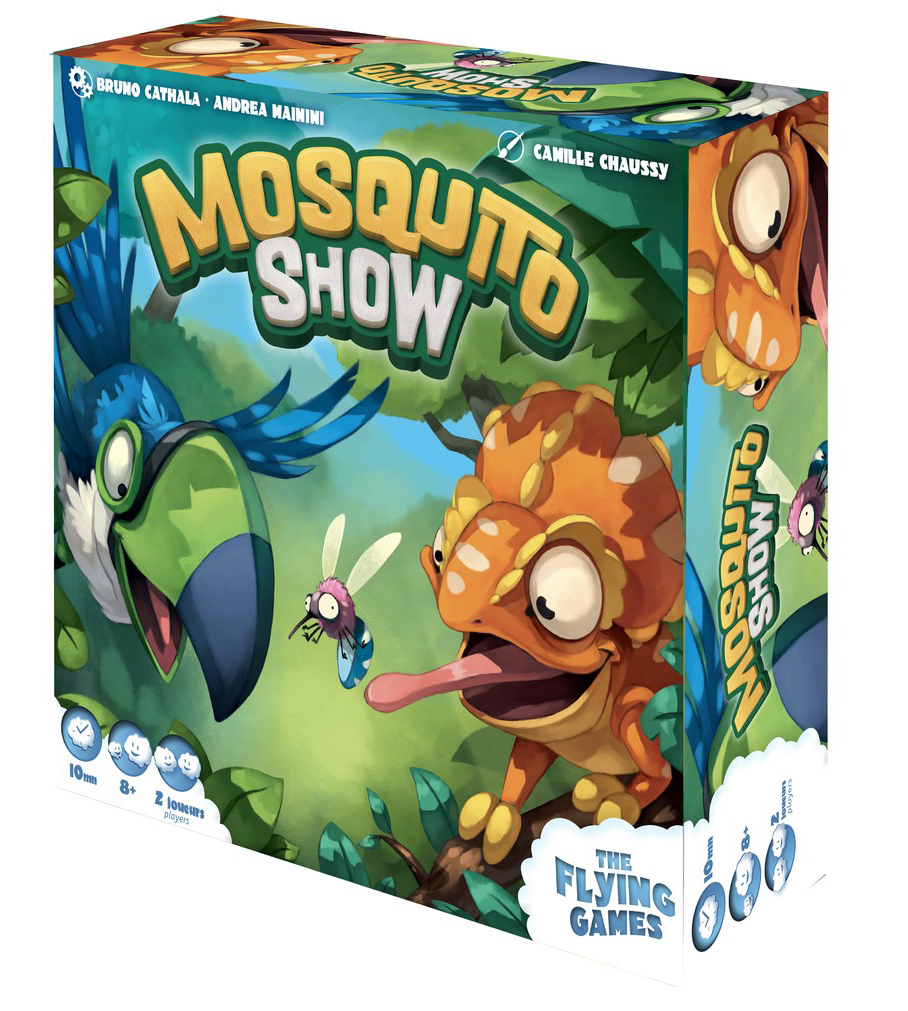 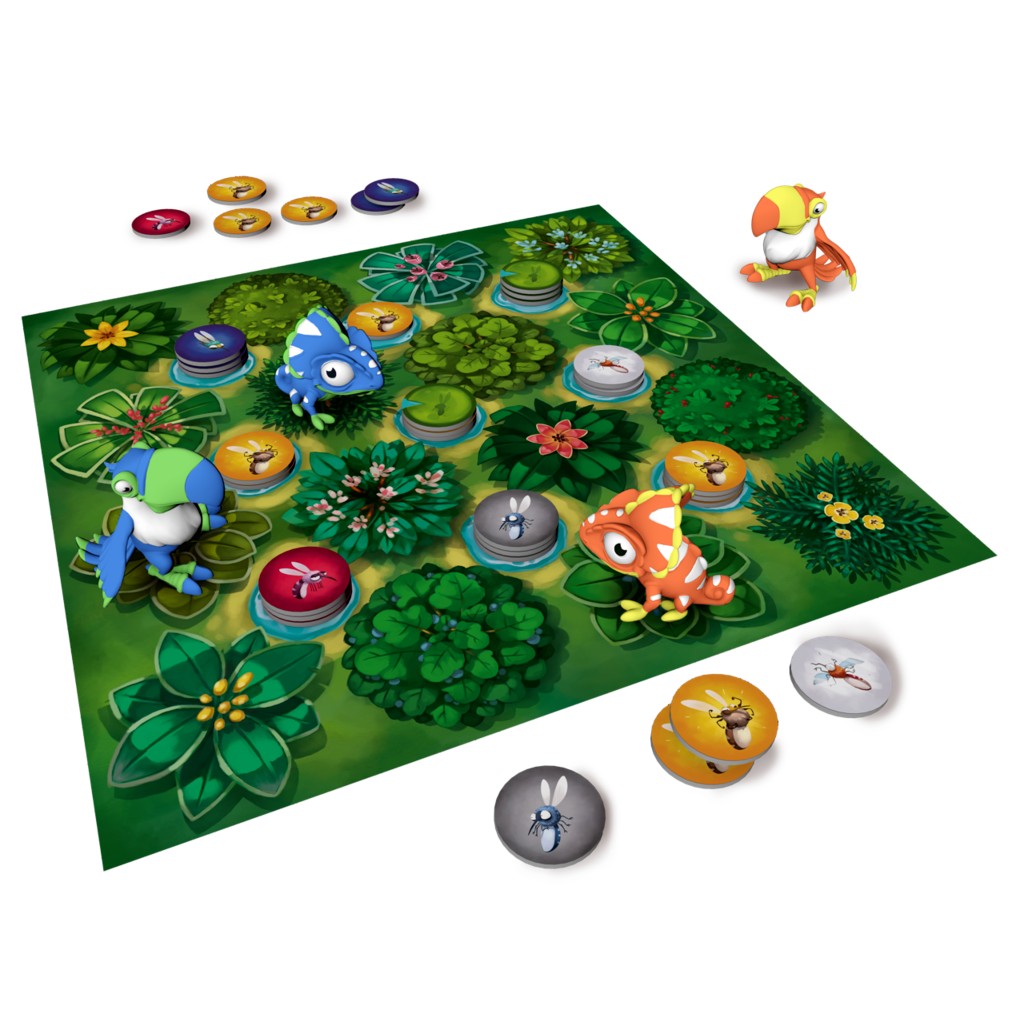 Mosquito Show is a tactical two-player game, with each player controlling a toucan and a chameleon. The game board is a 4x4 grid, with a stack of three mosquito tokens placed at the nine internal intersections of this grid.

On a turn, a player moves either their toucan or chameleon. To move the chameleon, you first eat one of the mosquitoes sitting on a corner of its current space, then move it one square orthogonally. To move the toucan, you move it diagonally from one square to another, eating the top mosquito that you pass over; the toucan can move more than one space in a single movement, but you must be able to eat from each corner space that you cross. If you cannot feed one of your animals, then you can't move it. If you can't feed either of them, then you lose the game.

If you eat nine yellow mosquitoes, you win the game instantly. The game also has mosquitoes of other colors that have special powers: move one mosquito, move one of your animals, force the opponent to play with a particular animal, etc.