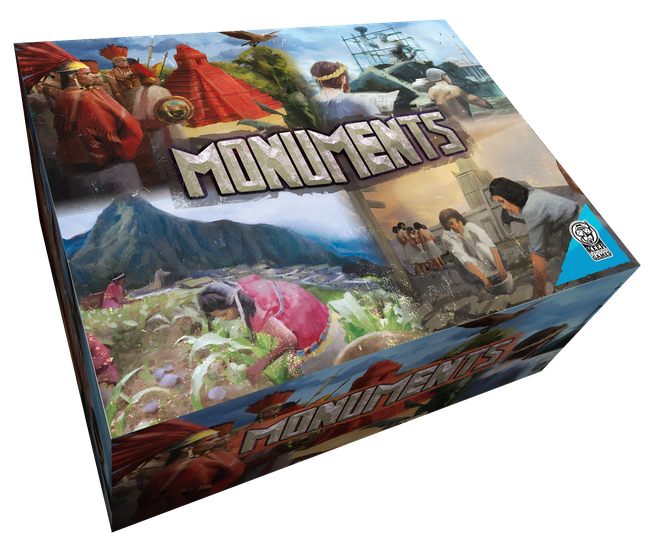 You lead a civilization, and it is your mission to build your monument! The player who is the first to build all five layers of Machu Picchu, Tikal, the Colossus of Rhodes or the Pyramids will trigger the end of the game, but only the player with the most victory points will win! Conquer lands, produce goods, populate, train military units, build buildings, move your units, upgrade your action cards, trade, attack other players, draw quest cards and build your monument!

Gameplay in Monuments flows easily. You either play one of your ten action cards and execute its single action, then discard it, or pick up all previously discarded action cards and add them to your hand. The first player to complete their monument triggers the end of the game, then points are awarded for the monument, workers, areas controlled, military power, resources controlled, upgraded cards and uncompleted and completed quest cards. Each player has a score modifier, their own deck of bonus cards, and an ability in addition to the starting position of their civilization in order to make every game a totally new one!