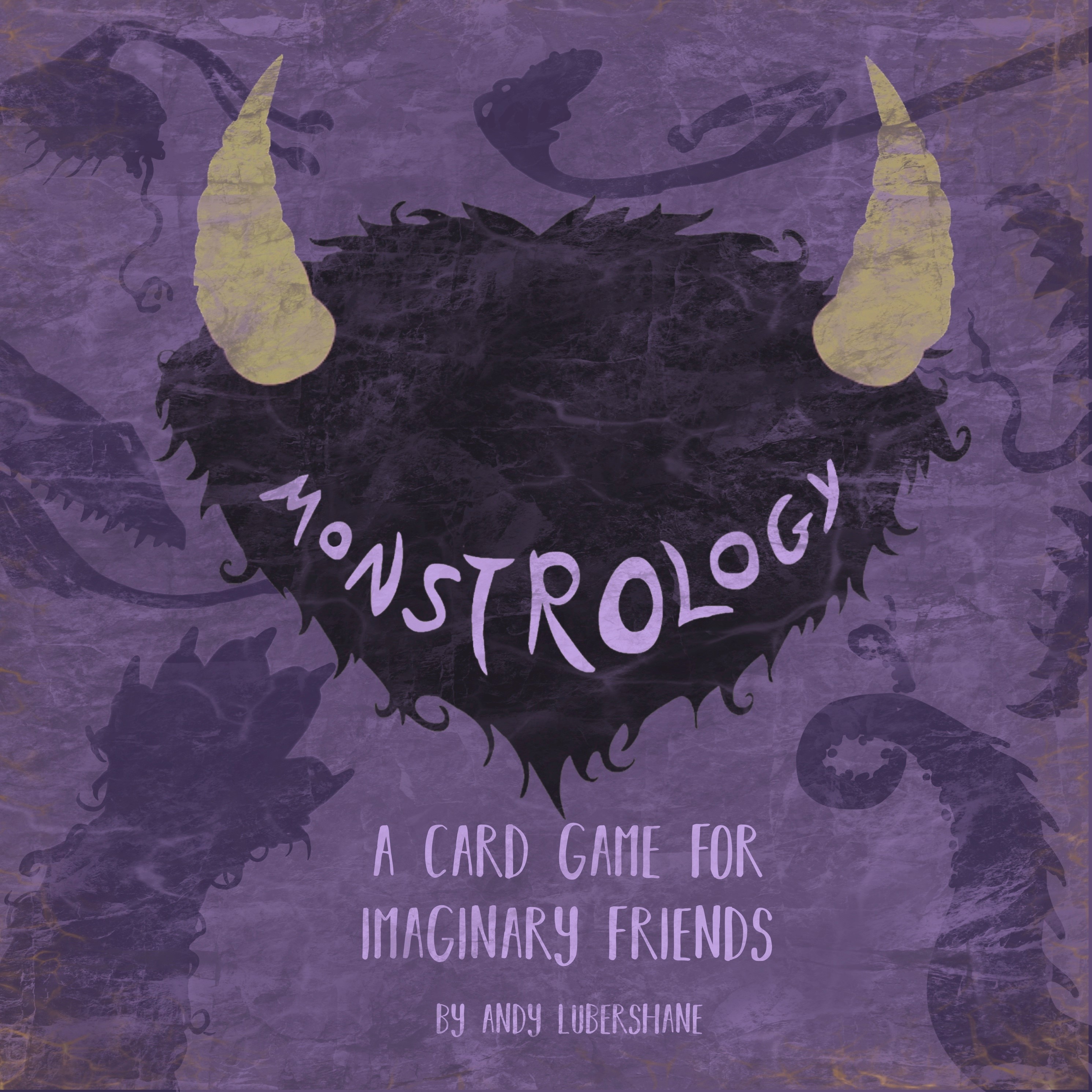 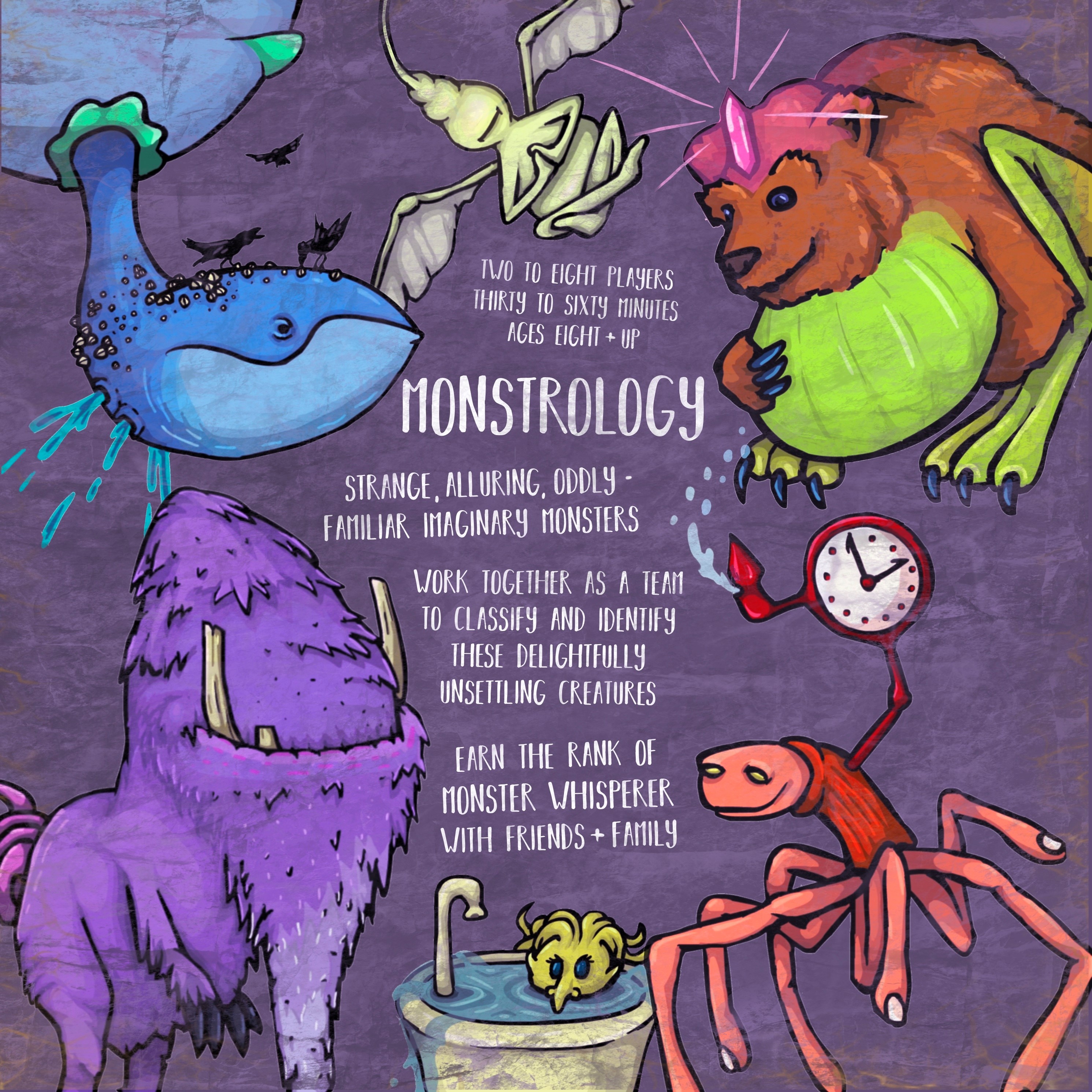 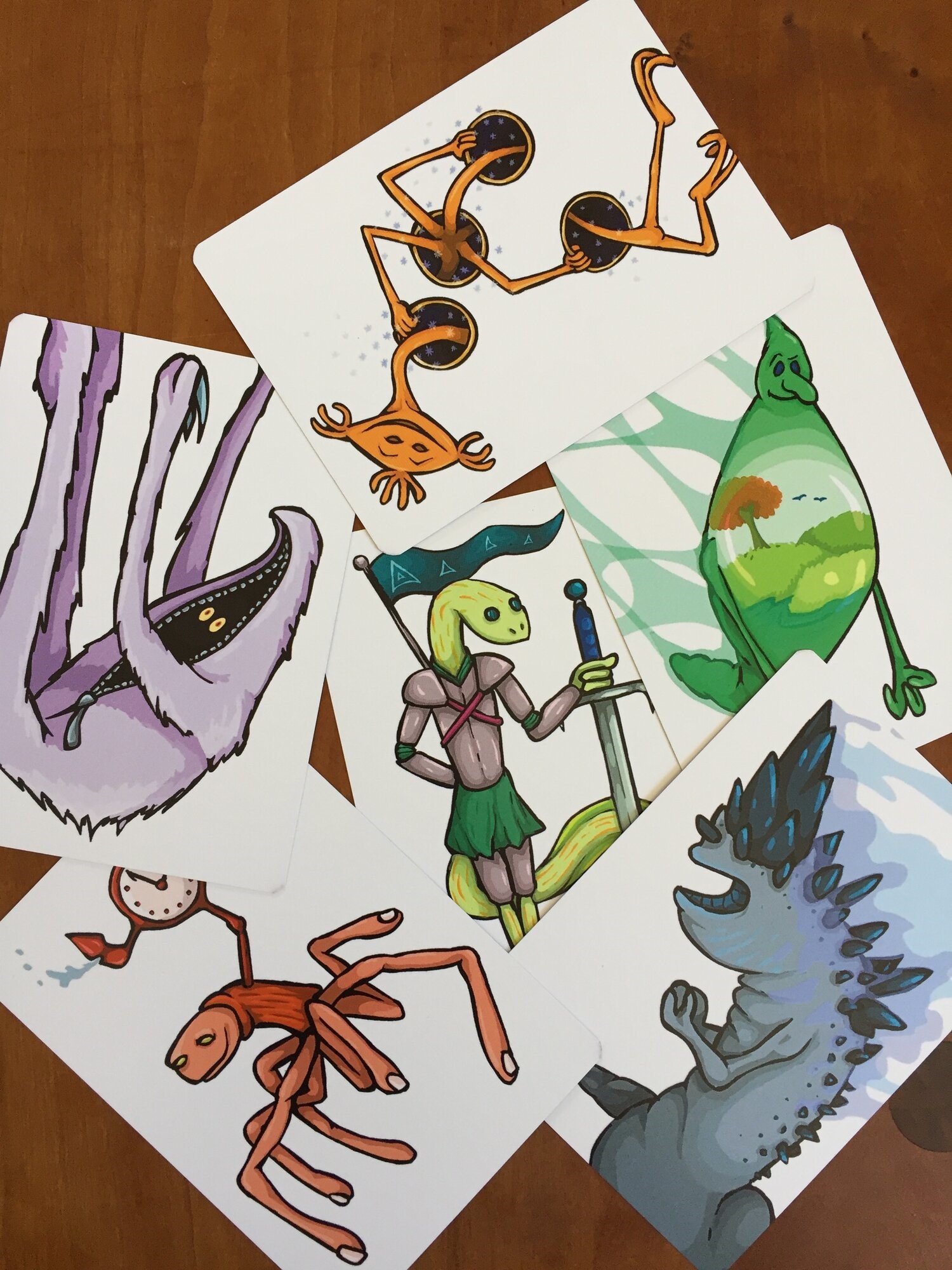 Monstrology is a fully cooperative card game, which you can also play competitively between two teams, a la 'Charades', suitable for gamers of all ages. You can play Monstrology with 2-8 people. Each round takes about 5 minutes, with a recommendation of at least 2 rounds per player. The game requires both sides of your brain to work together, as you'll have to blend your imagination and deduction skills in order to succeed.

At the core of the game are 84 illustrated imaginary monster cards, depicting some of the most beautiful, strange, unique monsters you have ever encountered. The game also includes twelve taxonomy boards that will allow you to categorize and identify these delightful, unsettling creatures.

A simplified explanation of the game: