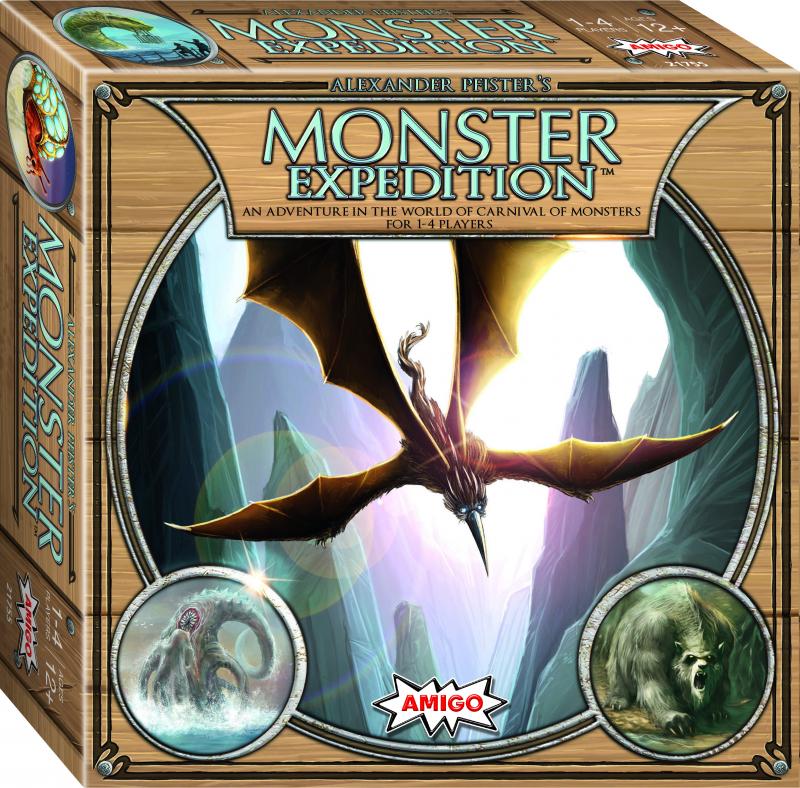 As the newest members of the Royal Monstrological Society, players embark on an expedition to hunt for legendary monsters, which have been spotted in the cloudlands, in the deep sea, and in the haunted forest. With ideal dice combinations, players can improve their camps, catch new monsters, and use the abilities of previously captured monsters.

At the start of Monster Expedition, which is set in the same world as 2019's Carnival of Monsters, players each receive a set of three supply camps, and a wilderness display is formed from ten cards. Create a draw pile based on the number of players, then place this deck in the center of play, along with the game board and dice.

On your turn, you choose one of your three camps, then goes monster hunting, with your camp level determining which dice are available. At the start of the hunt, you roll all the dice, and after each roll, you set aside all dice of a chosen value that you haven't yet set aside. If you can't set any dice aside, the throw counts as a miss and you lose the best dice you laid out previously.

When you stop, use the set-aside dice to capture monsters from the wilderness and improve your supply camps, possibly calling on abilities from monsters already in your collection. When the draw pile is exhausted, complete the round so that all players have had the same number of turns, then tally the points to see who took the biggest haul.