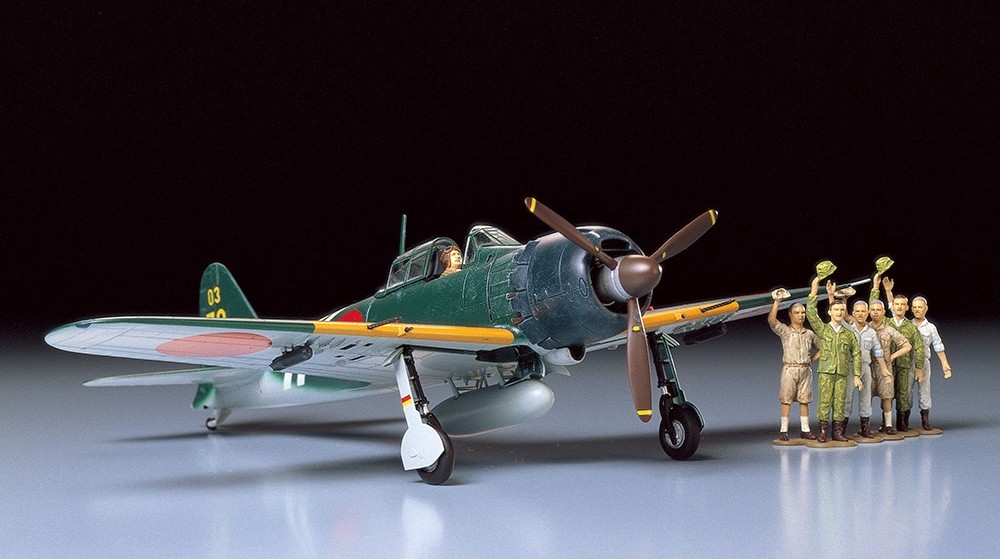 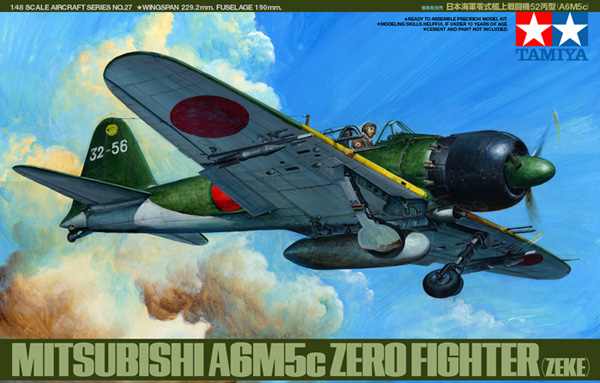 About the A6M5c Type 52 Zero Fighter

In April 1939, shortly after the first Japanese Zero began test trials, modification drawings were already taking place on the zero in the Mitsubishi design room, to keep pace with the anticipated long air war in the Pacific. After the initial superiority of the Zero over allied aircraft began to wane, due to new U.S. types being introduced, Mitsubishi was hard pressed to maintain a superiority. The introduction of the Grumman F6F and Chance Vought F4U, provided a need for more firepower, armor protection and capability led the combined companies of Nakajima and Mitsubishi to produce the A6M5 series of aircraft.

Total production of the Type 52 series consisted of 10,449 aircraft of which Nakajima produced 6,570. It first entered combat in August 1943 at a time when the Japanese forces were withdrawing from previously held islands in the South Pacific. The type 52c was the last of the A6M5 series, and the most effective against Allied aircraft due to its armament configuration three of 13mm machine guns and two 20mm cannons. A total of 93 Type 52 and 52b zeros were field modified to "c" weapons configuration. The 7.7mm machine guns, housed in the cowling of the Zero since its first introduction, proved to be less effective during the latter stages of the conflict, due to the heavier armor protection of allied aircraft, and their self sealing fuel tanks. The 13mm weapon was greatly more effective; however, due to its increased weight, only one of them could be housed in the cowling and one in each wing. The 7.7 machine guns were removed from the cowling and one 13mm gun was mounted on the right hand side. This installation also made necessary the enlarging of the right hand projectile exit and cowling tube input, of the cowling, giving it an unbalanced look when viewed from the top.

Code named "Zeke" by the Allies, the Type 52c was powered by a 14 cylinder twin row NK1F Sakae 21 engine of 1,130hp, of which later versions were alcohol injected. In addition to the machine guns and cannons, the 52c could also carry four air to air rockets or four 30kg air to air bombs or two 60kg air to ground conventional bombs. The air to air systems were initiated in an attempt to disrupt B-29 operations by firing the rockets or dropping the small bombs on the formations. The bombs were timed to air-burst a certain number of seconds after release from the fighters.