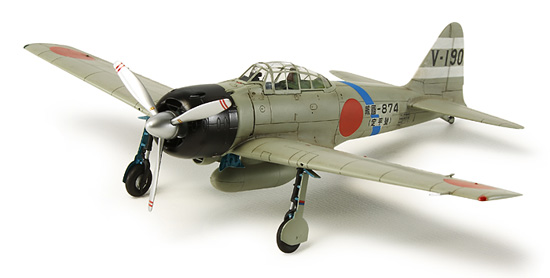 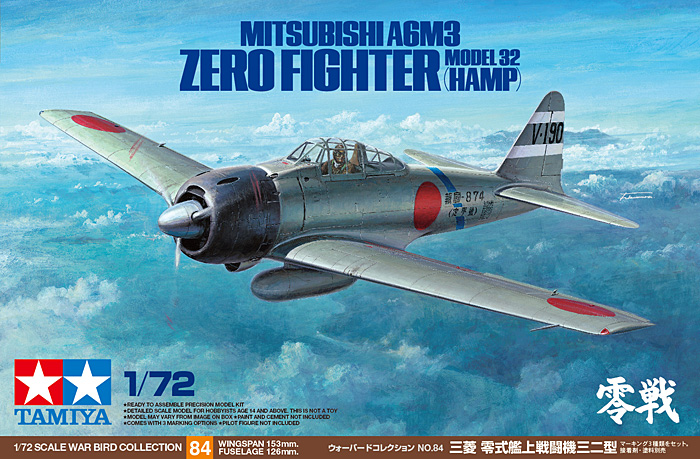 The 1/72 scale Warbirds Collection welcomes the A6M3 Zero fighter Model 32, which was codenamed
"Hamp" by American forces. The Model 32 was an evolution of the Model 21; it received an improved Sakae 21 engine and shorter, redesigned main wing, with the effect that its top speed increased by 11km/h and it also had improved roll and diving speed, albeit at the cost of increased fuel consumption. In fact, this plus with the Model 32's smaller fuel tank meant its range was some 1,000km shorter. The Model 32 made its maiden flight on July 15th 1941, and first saw service with the 2nd Fighter Group in Rabaul, the Philippines. All told, 343 Model 32 aircraft were manufactured, a number so low in part due to the range limitations of the aircraft.