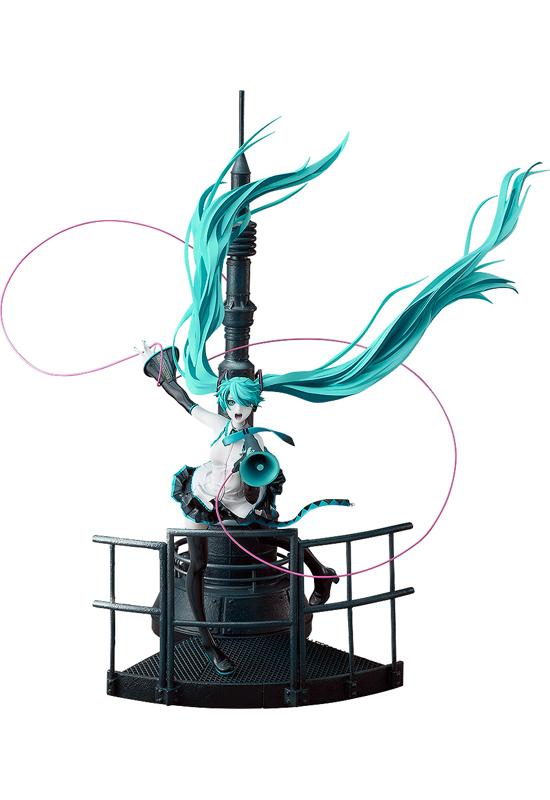 Shoot right to the heart!

From "Love is War", the popular song composed by ryo and produced by supercell with illustrations by Shirou Miwa, comes a 1/8th scale figure of Hatsune Miku!

Shirou Miwa's illustration has been faithfully recreated, with key details like the contrast between Miku's pale skin and her vivid hair color masterfully captured in figure form. Miku is posed holding a megaphone in one hand as she leans over the railing to shout, with her skirt and hair waving wildly as though blown by the wind. Be sure to add this dynamic, powerful figure of a girl entrenched in a war of love to your collection!