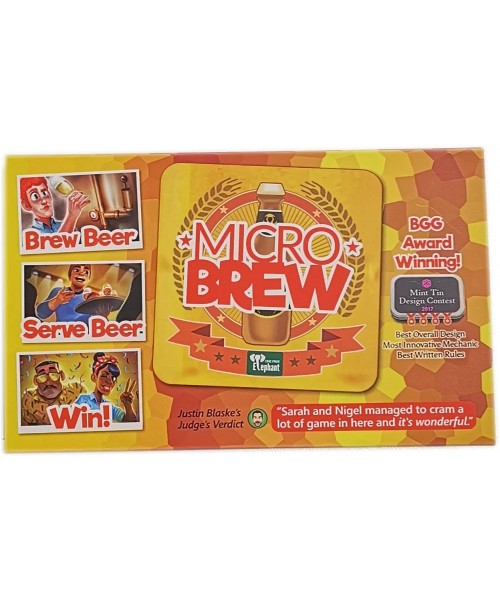 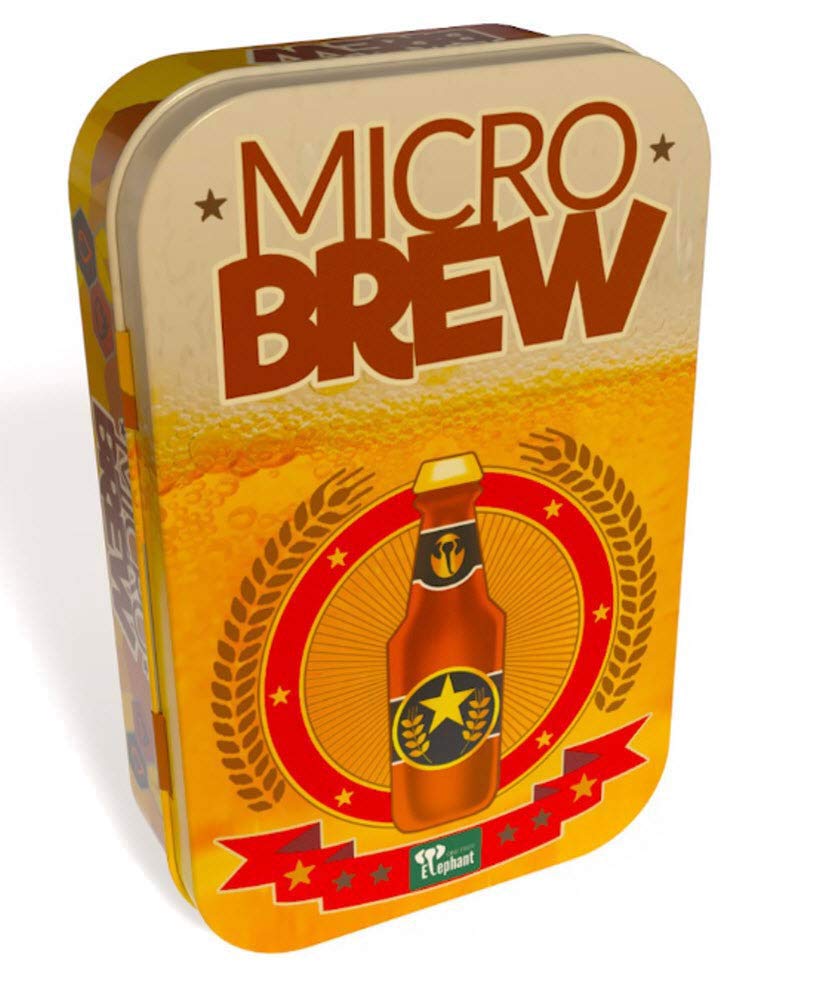 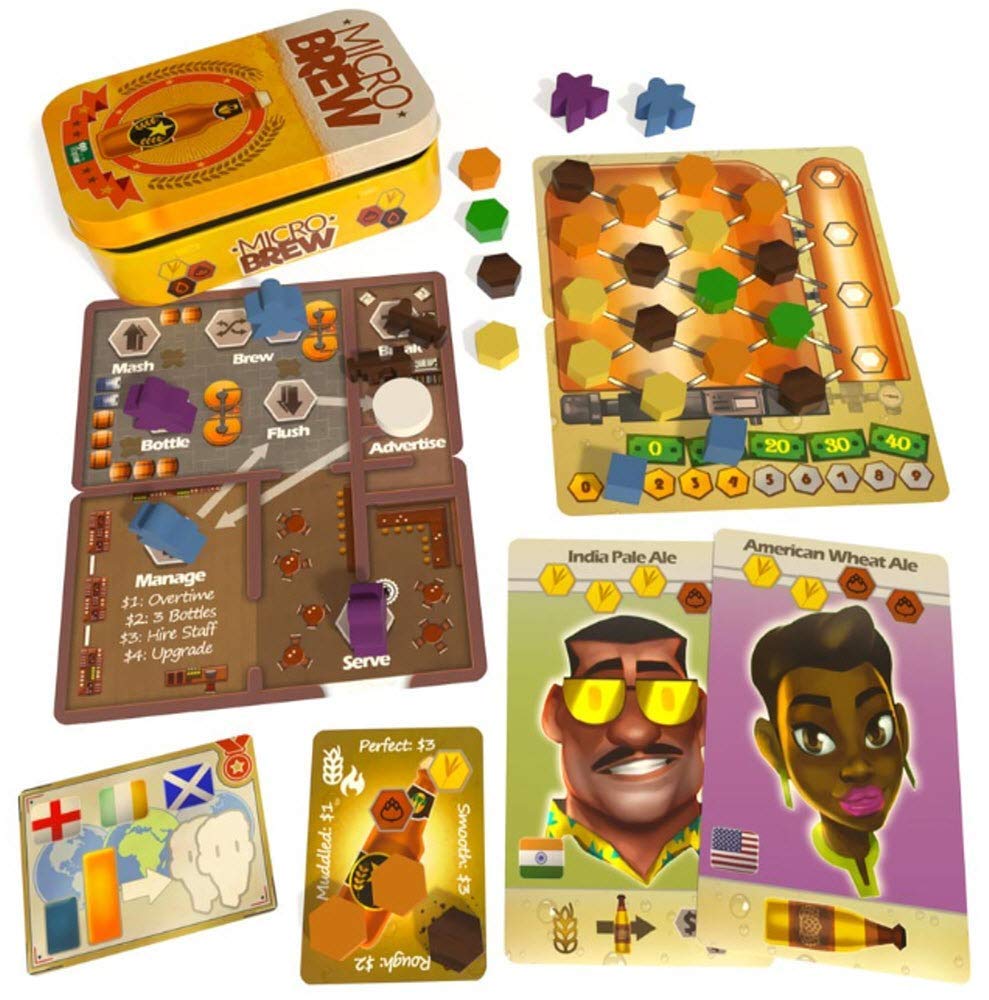 Microbrew is a medium-weight worker placement / puzzle game hybrid for two players: The Tiny Tin Brewery have challenge YOU - leaders of their two most skilled brewing teams to a brew off! Who will create the tastiest beers and win the most loyal customers? Only one way to find out - Ready! Set! Brew!

In Microbrew, players will take turns sending brewers to work stations to mash, brew, bottle and serve their own beer recipes to a stream of thirsty customers. Work stations aren't locked out like most other worker placement games - if you really want to push someone out - you can, but their worker goes back to be reused this turn! This means rounds are very dynamic and require careful thought to not just optimise your little team but also to predict where your opponent wants to be so you can ride their wave!

Brewing isn't just worker placement though - each player has their own "Copper" brewing kettle where their brewer's actions can let them play a simple but fiendish puzzle game to reorganise their kettle and complete a perfect recipe. Or not! Will you try to make each customer's perfect beer and win their loyalty, or will you flood the market with average brews and let the marketing money do its thing?