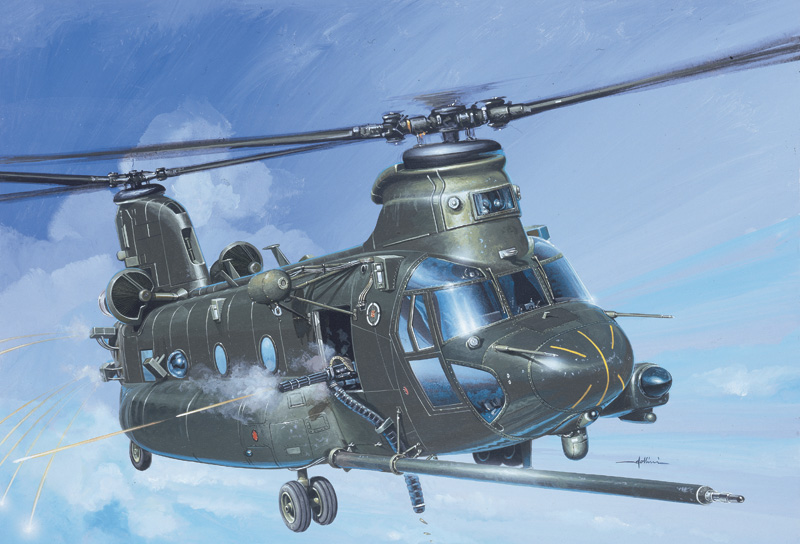 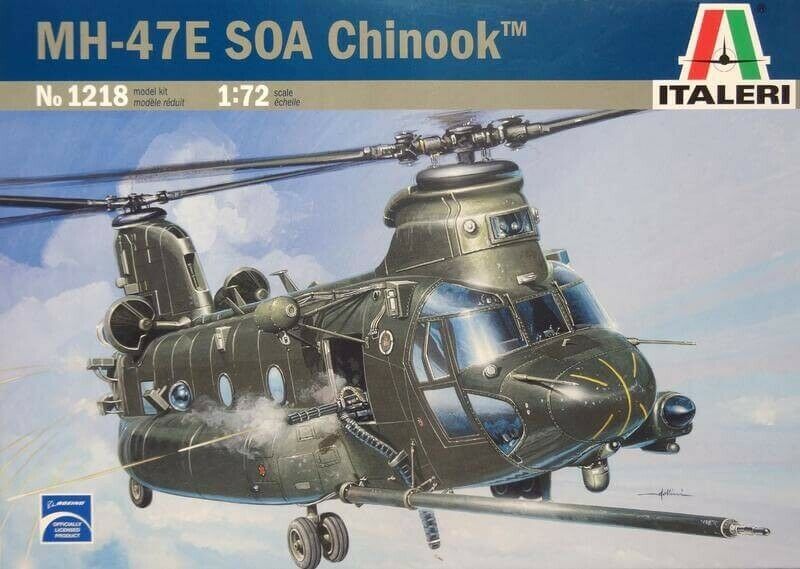 The medium transport and attack helicopter Chinook, developed for the U.S. Army during the sixties in its most recent versions, is also in service with many other armed forces around the world. This version has been substantially modified and was designed for special missions of the U.S. Armed Forces. It is a long range version with large tanks originally developed for civilian use. The MH-47 is equipped with sophisticated night vision and satellite navigational systems. Furthermore the chopper features efficient defense armament based on various machine guns.