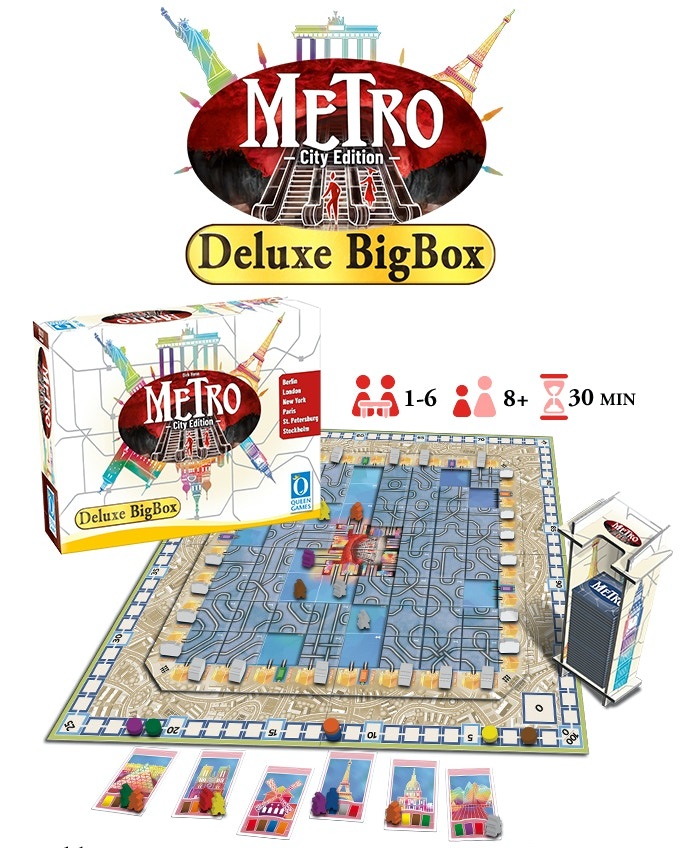 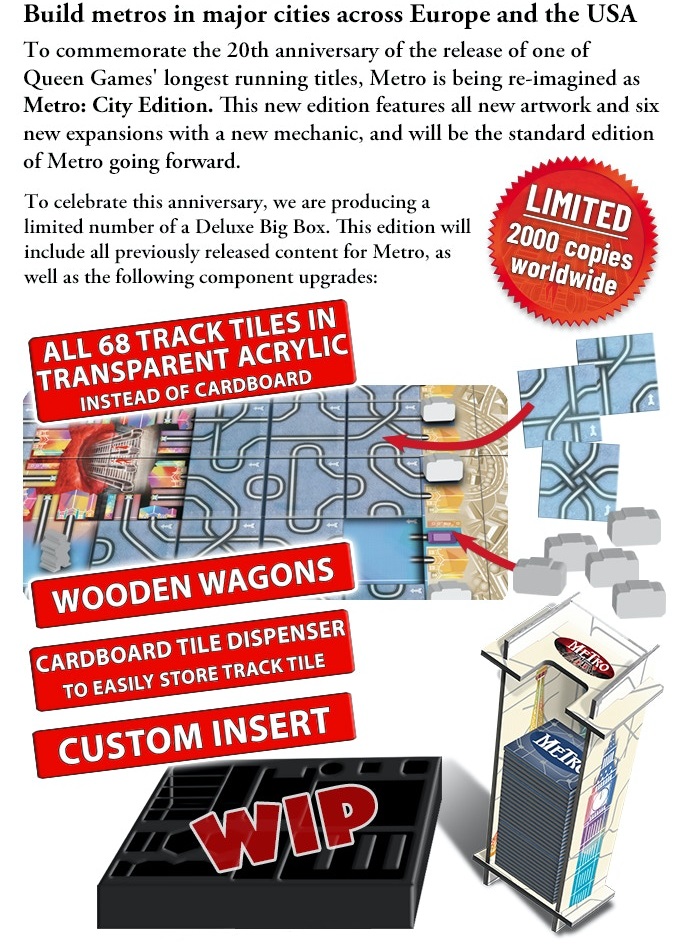 The "3 other expansions" are 3 of the 4 modules from the 2017 edition of Metro - Metro Companies, Metro Stations, and Central Tracks. The fourth module, Station numbers, is not included.

The deluxe big box is limited to 2000 copies and also comes with acrylic track tiles and a cardboard tile dispenser.