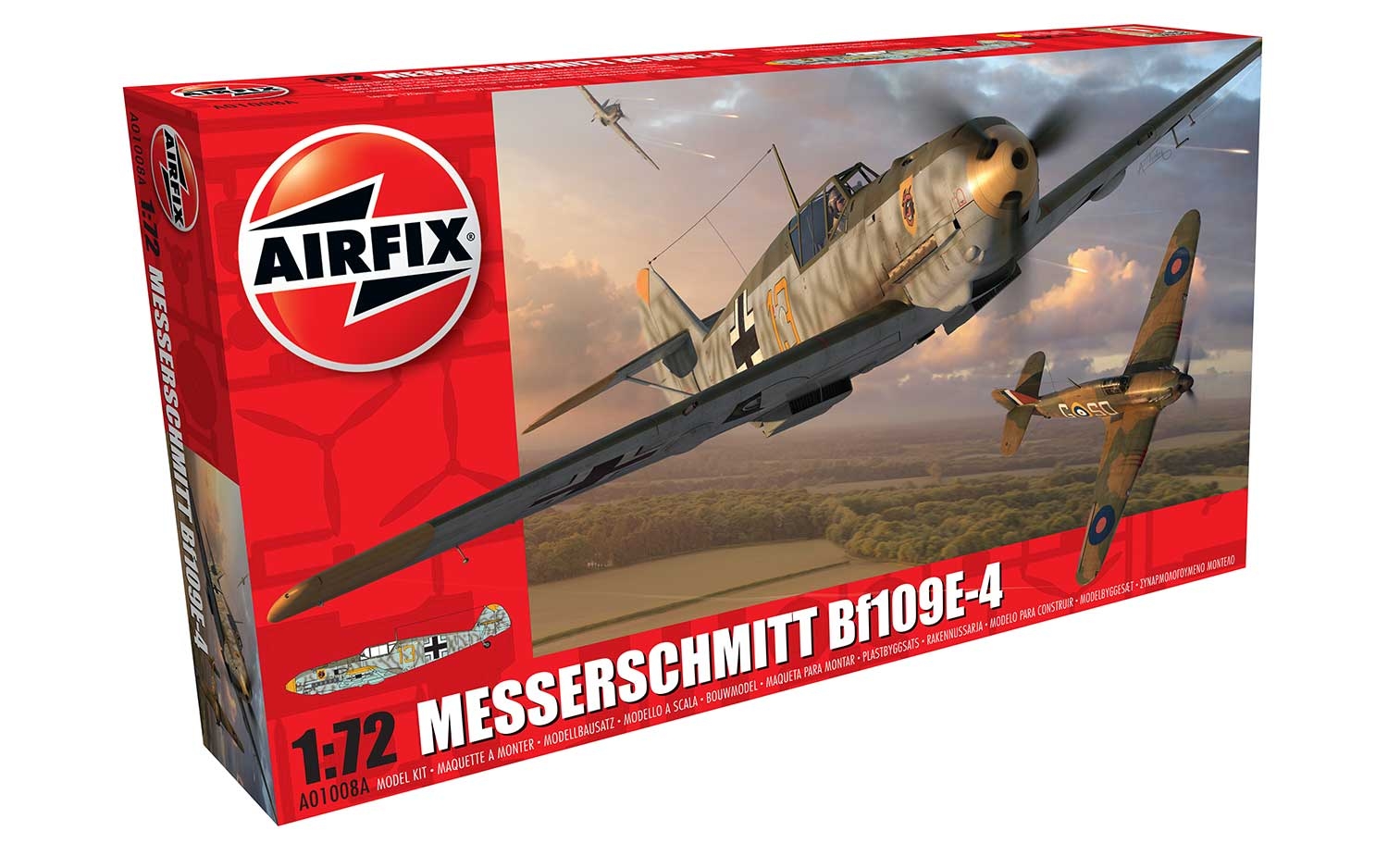 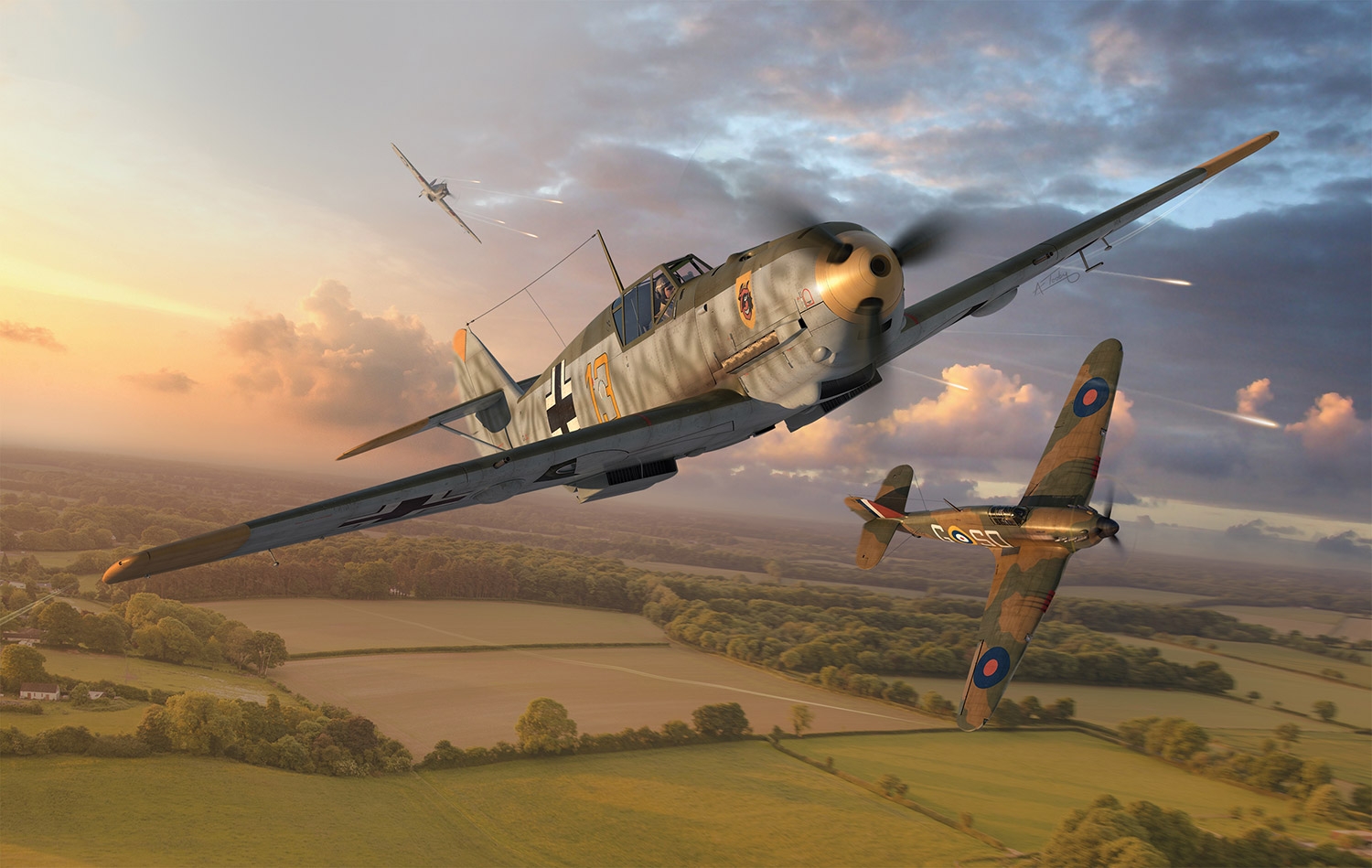 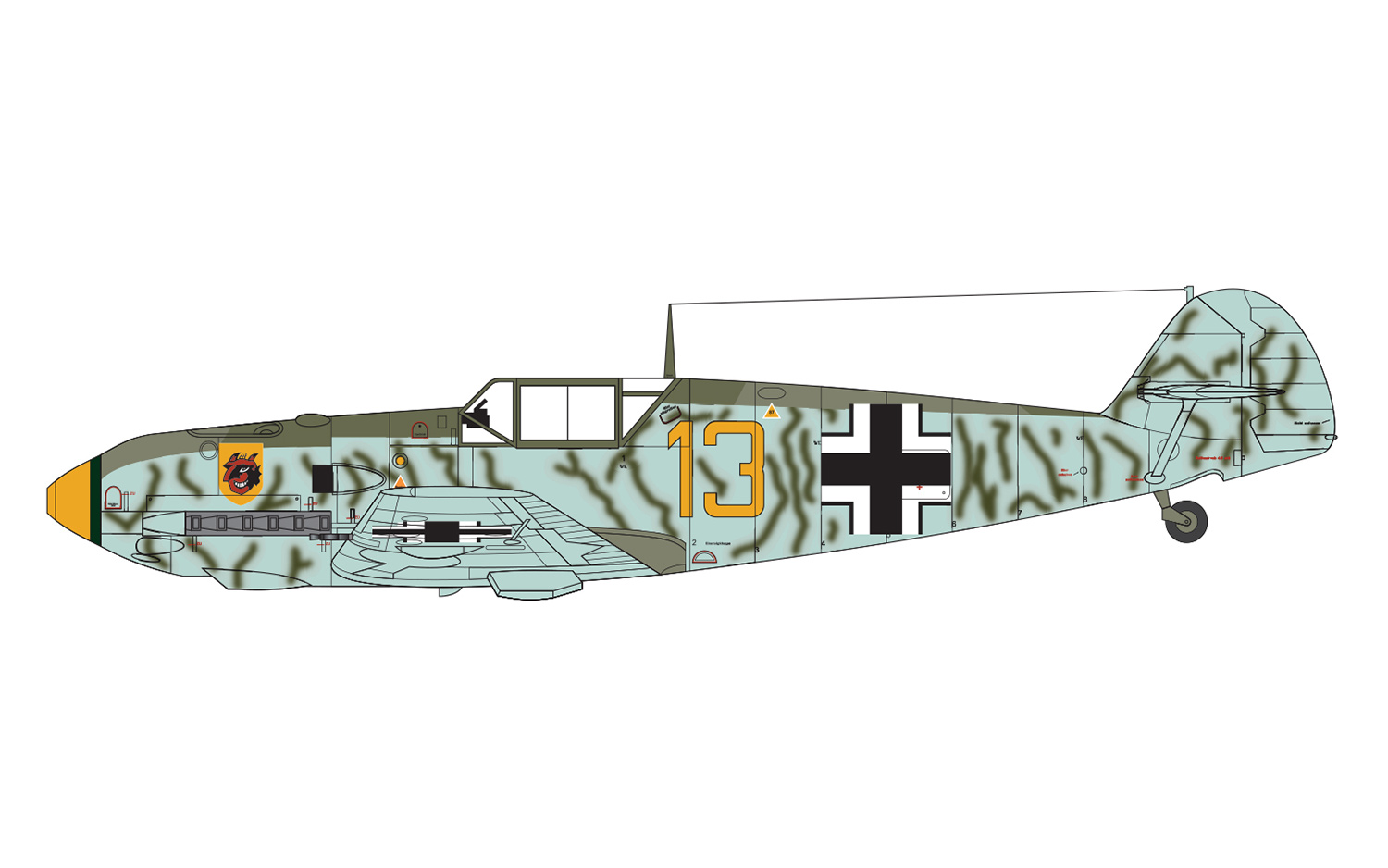 The prototype Bf109a first flew in 1935. The later E model was more powerful and better armed and by the summer of 1940, over 500 were in service for the offensive against Great Britain.

By this time, the 109E had already proved to be a competent, if not the world’s best, fighter aircraft in the skies above Poland, France and the low countries.  It met its match over England where it was shown to be inferior to the RAF’s Spitfire.