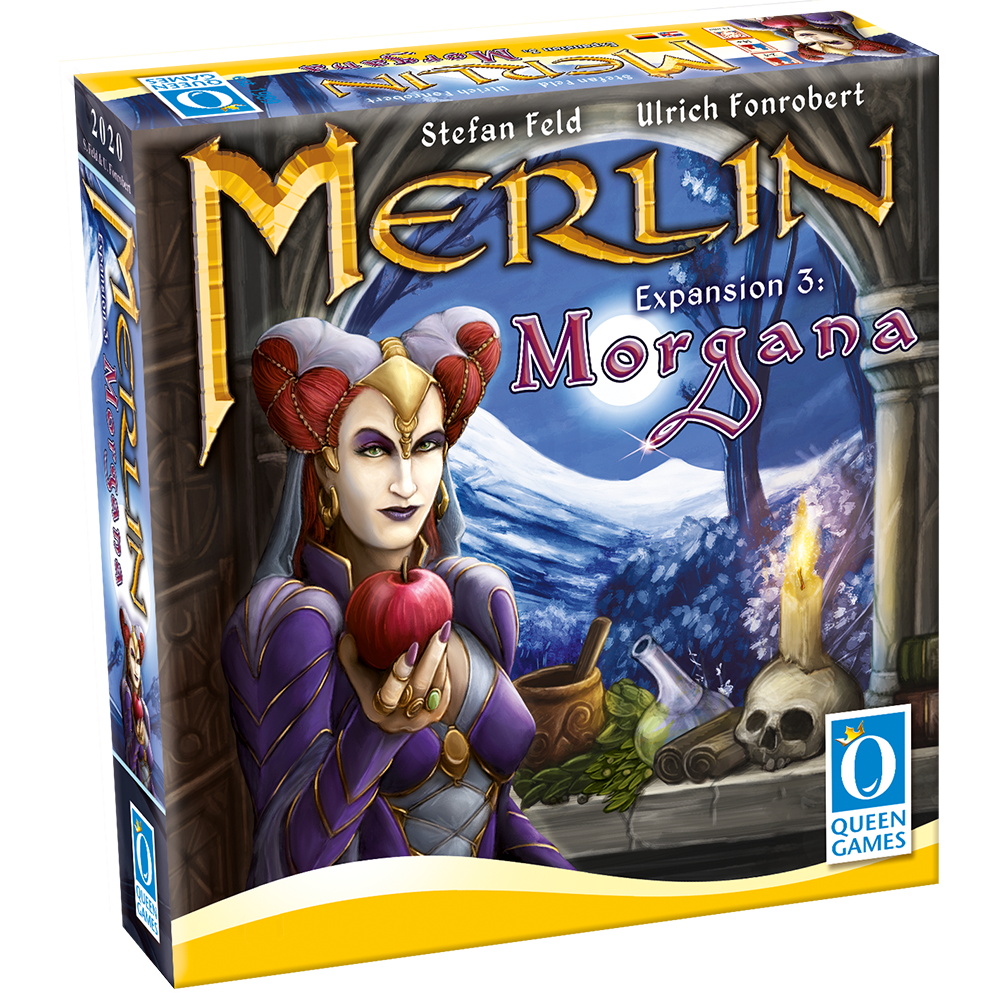 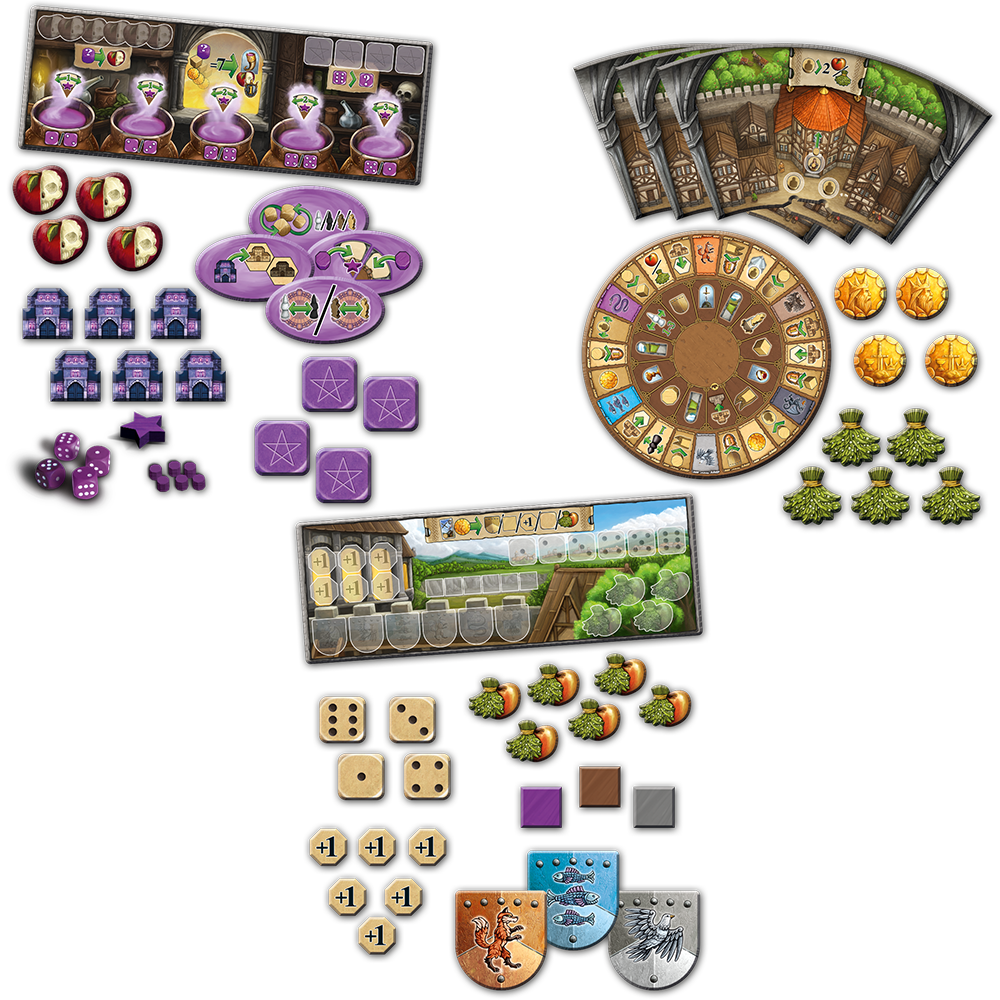 Morgana introduces two new resources: "Gold" and "Mistletoe" that are present in all three new modules. Gold is used to procure other resources like shields, flags, and building materials. It is also worth points at the end of the game. Mistletoe may be spent to ignore one requirement on a mission card, making them easier to fulfill.

The enchantress Morgana is interfering with the search for the heir to the throne! Players may use Morgana once per round to help their cause and make it harder for other players to accomplish their goals. This module significantly increases the amount of direct player interaction in the game.

At the beginning of the game round one Morgana die per player is rolled. Once per round for their turn, a player may choose to use a Morgana die and place it according to the depicted pips onto a cauldron, activating various special abilities. Additionally, they may move the Morgana figure on the board between principalities, which blocks the principality as long as she is present. Nobody can place any figure (knight or Merlin) on the principality making any resources there unobtainable until Morgana is moved again (knights no longer count this space while moving)!

Additionally Morgana brings her poisoned apples, which can be used by players to manipulate any knight die and even move other players knights to do your action, really interfering with other player's plans!

And one more thing—using a Morgana die and spending construction materials or gold to increase the number to 7 will award the player the drinking horn that is kept in front of the player (till another player takes it from them, like Excalibur or the Holy Grail). The drinking horn not only awards one victory point as well as a poisoned apple immediately, but also gives victory points at the end of each round to the player who currently holds it.

Caerleon offers hopefuls to the crown a host of new options in approaching their quest. Caerleon is comprised of 6 districts that replace the principalities on the game board. Each district works differently and alter the game play of the base game in various ways:

Textile district - Here players gain a flag of any color, but it is also the only place in the city where players now can gain flags. When placing the flag-bearer, players may choose two flags instead of one.

Armor district - Here players gain a shield of any color, but it is also the only place in the city to get shields. When placing the shield-bearer, players may choose two shields instead of one.

Merchant district - Here players can gain up to 4 resources, flags, shields, and construction material of their choosing. But for each resource they have to pay either one gold or another of their resources.

Garden district - Here players gain apples and/or mistletoe to help them on their quest.

Caerleon is very challenging and gives players a way to experience Merlin in a totally new light. New strategies and tactics wait to be discovered.

The market gives players the opportunity to acquire different goods by spending gold. To qualify for using the market, they must not have completed a mission on their turn. Each of the available goods costs one gold, and once taken by a player is not replaced until the good is used or a scoring has taken place. Players may use these goods when they see fit, but they have to return any market good at the end of a scoring (After the 2nd, 4th and 6th round).

Apple / Mistletoe — There tokens may be used either as an apple or as a mistletoe.

+ 1 Influence - When the player uses the Lady-in-waiting to place an influence, they make place the token under the influence, making it count as two influence.

Extra die - The token functions as an extra die of a specific value, granting the player an extra turn when they want. The number cannot be altered in any way though.