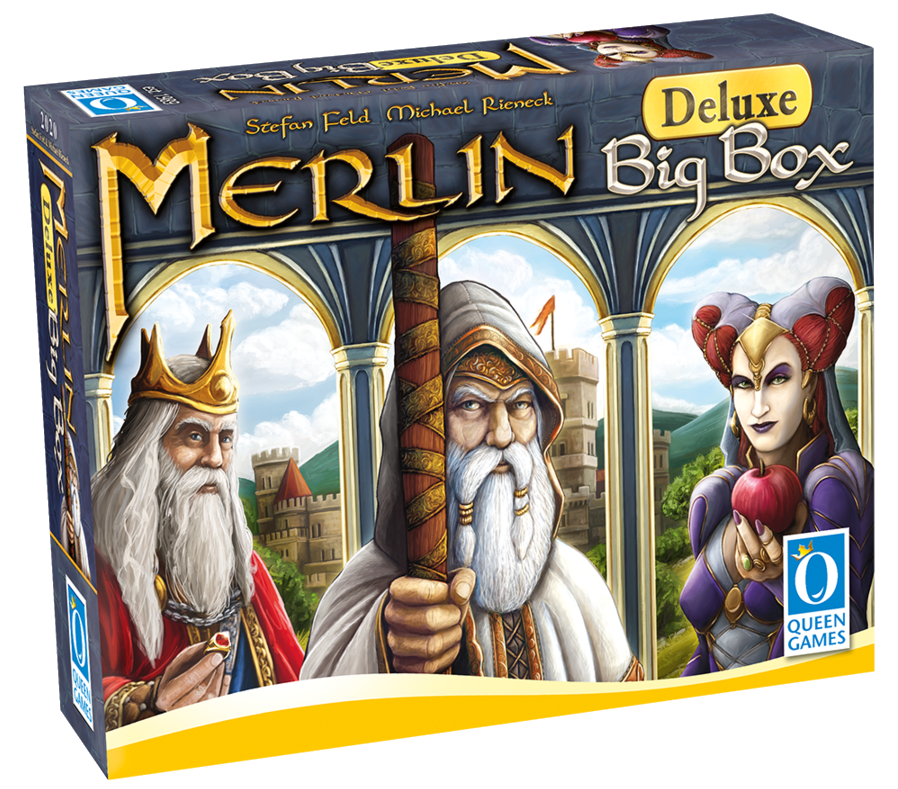 Who will be the worthy successor to the throne of King Arthur?

The players compete as Knights of the Round Table for the favour of Merlin and Arthur. In doing so, they need to fulfill missions, expand their influence in the various counties, establish manors and fight traitors to the crown.

All expansions influence the course of the game. In the module Knights of the round table, for example, the players much accept the help of allied knights. They can even make use of the abilities of the witch Morgana le Fay and break the basic rules of the game with the module Caerlean.

The 6 expansion modules and 2 queenies bring a variety of individual action and strategy options and can be played in any combination with the basic game. That allows a huge diversity of game settings.

The Merlin Big Box which includes a new expansion, as well as all previously released content for Merlin:

This Big Box will be the debut of the new expansion Morgana, which has three new modules (Morgana, Caerlean, Market)