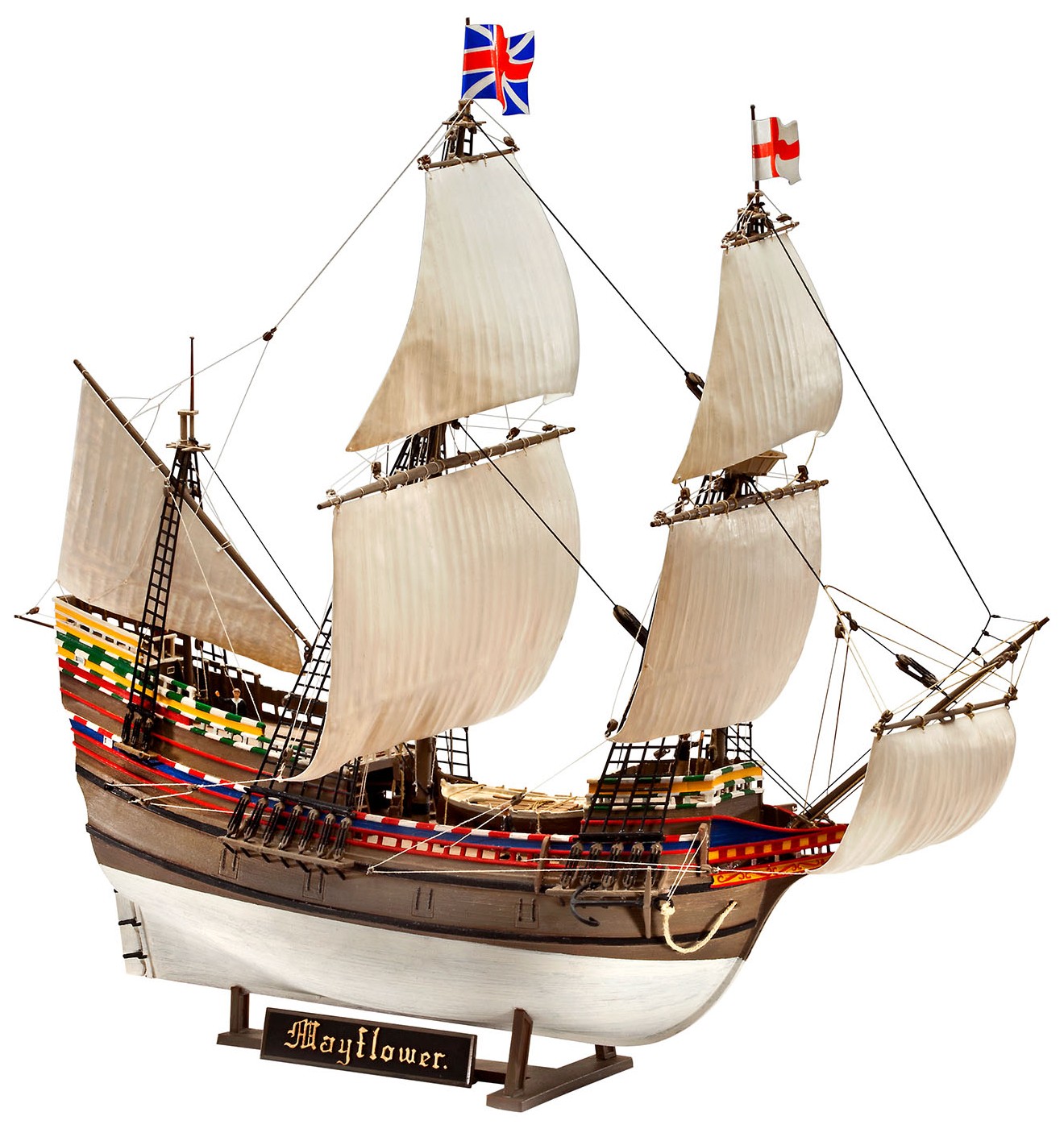 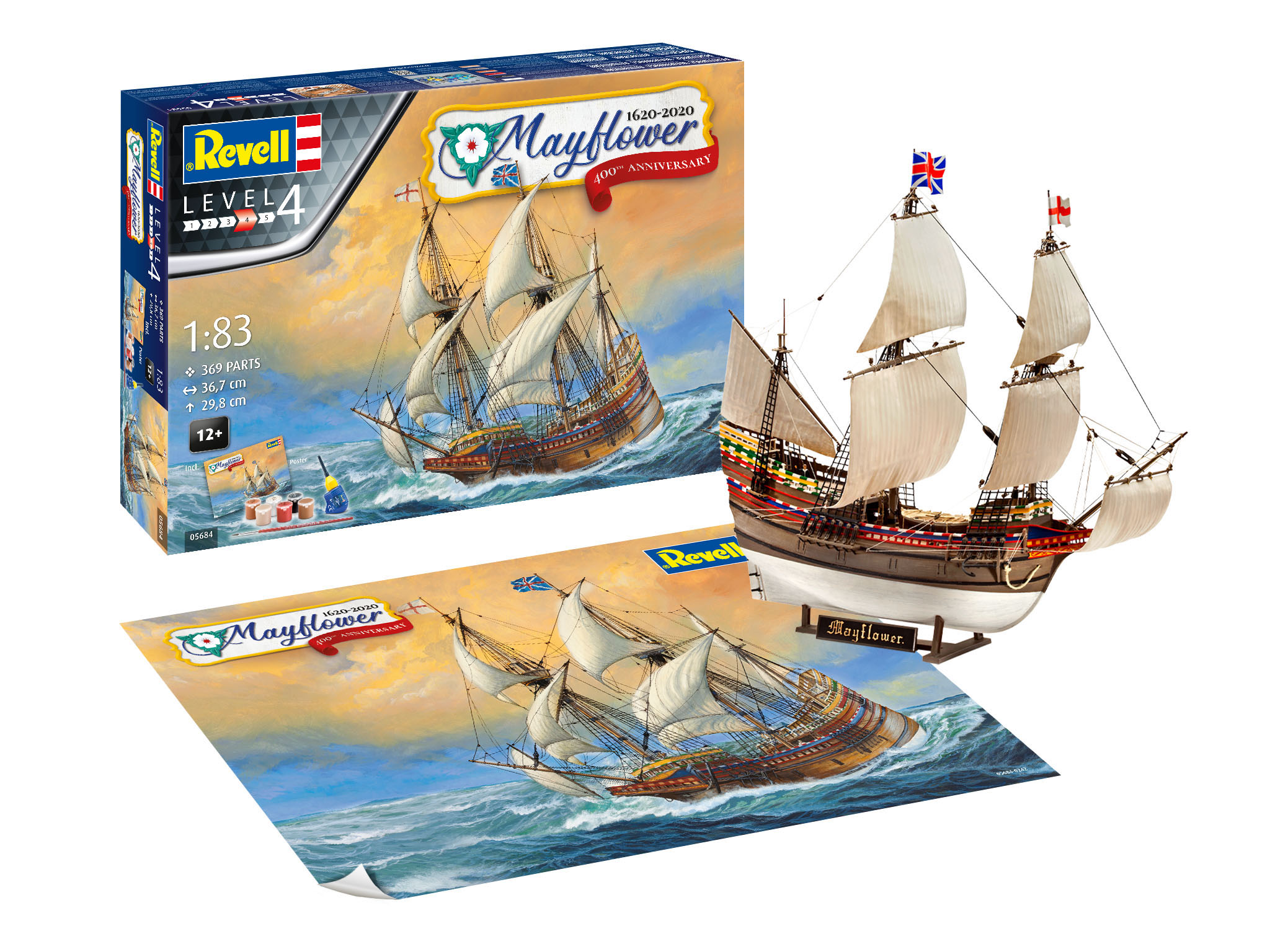 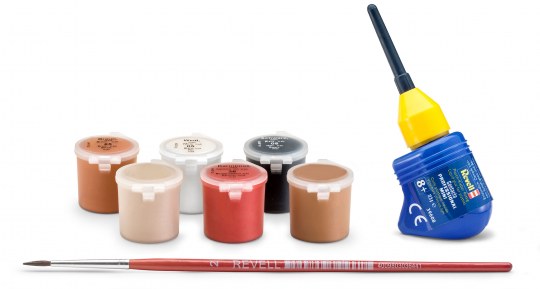 Description
A brighter future on a frozen shore.

Leaving home is never easy. Leaving home to cross thousands of miles of storm-wracked seas to settle in an uncharted land is borderline suicidal. The Mayflower carried 102 pilgrims on that voyage and they, despite extreme hardships, set up a colony that helped establish the Europeans in America. Build the ship that brought the Pilgrims to their new home-the Mayflower. This kit features a full hull detailed decks, hull and yards plus five crew figures, a display stand and more.

A model construction kit of a typical 17th century merchant ship which wrote history 400 years ago. In May of the year 1620 the Mayflower landed 102 people on the coast of the "New World" in order to begin a new life in freedom, an event commonly considered to be the settlement of the later United States of America.