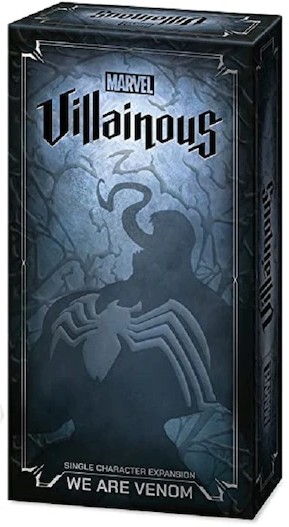 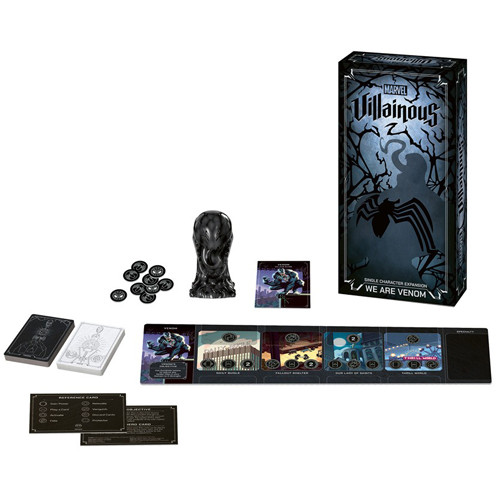 Marvel Villainous: We are Venom

In We Are Venom, players take control of the symbiote in its quest to successfully merge with Spider-Man, overpowering the hero and using his body for the symbiote's own means. In order to overwhelm Spider-Man, players need to find the character and attach a number of symbiote tokens that is greater than his strength level.

Using various allies to Venom - including other alien symbiotes such as Riot, Agony, Lasher, Scream and Phage - players will be able to gradually wear down Spider-Man's strength and take over. However, players will have to contend with the webslinger's team of allies, such as Black Cat, Scarlet Spider and Silver Sable, to successfully complete their goal.