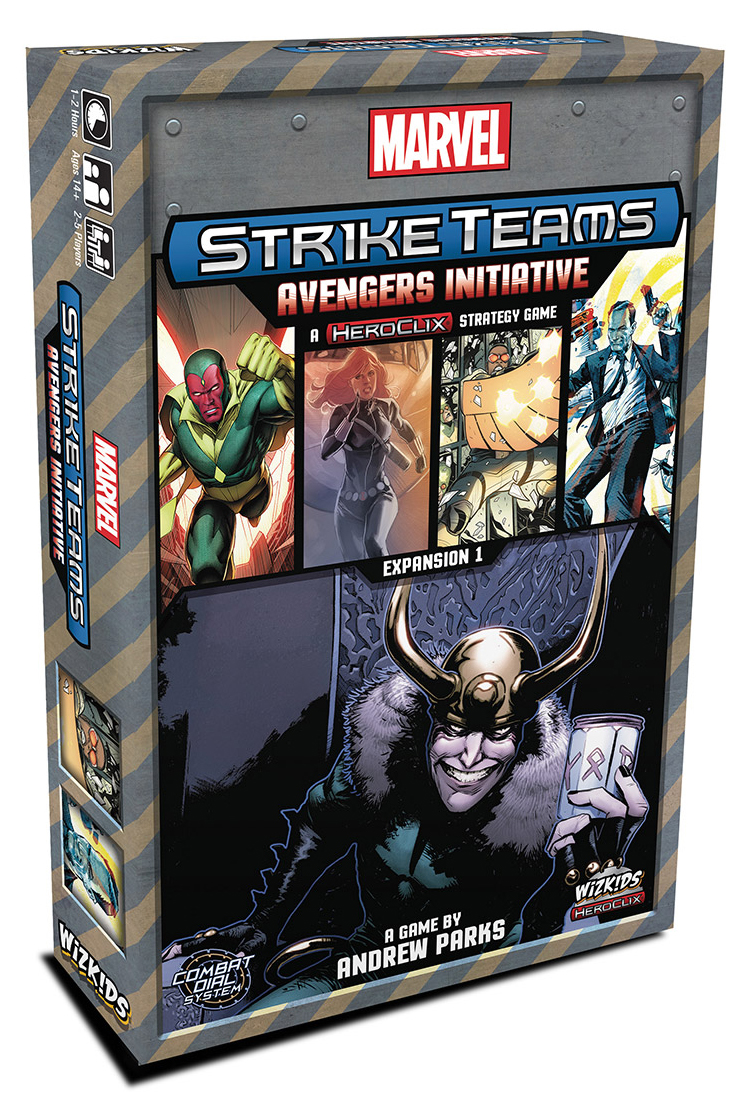 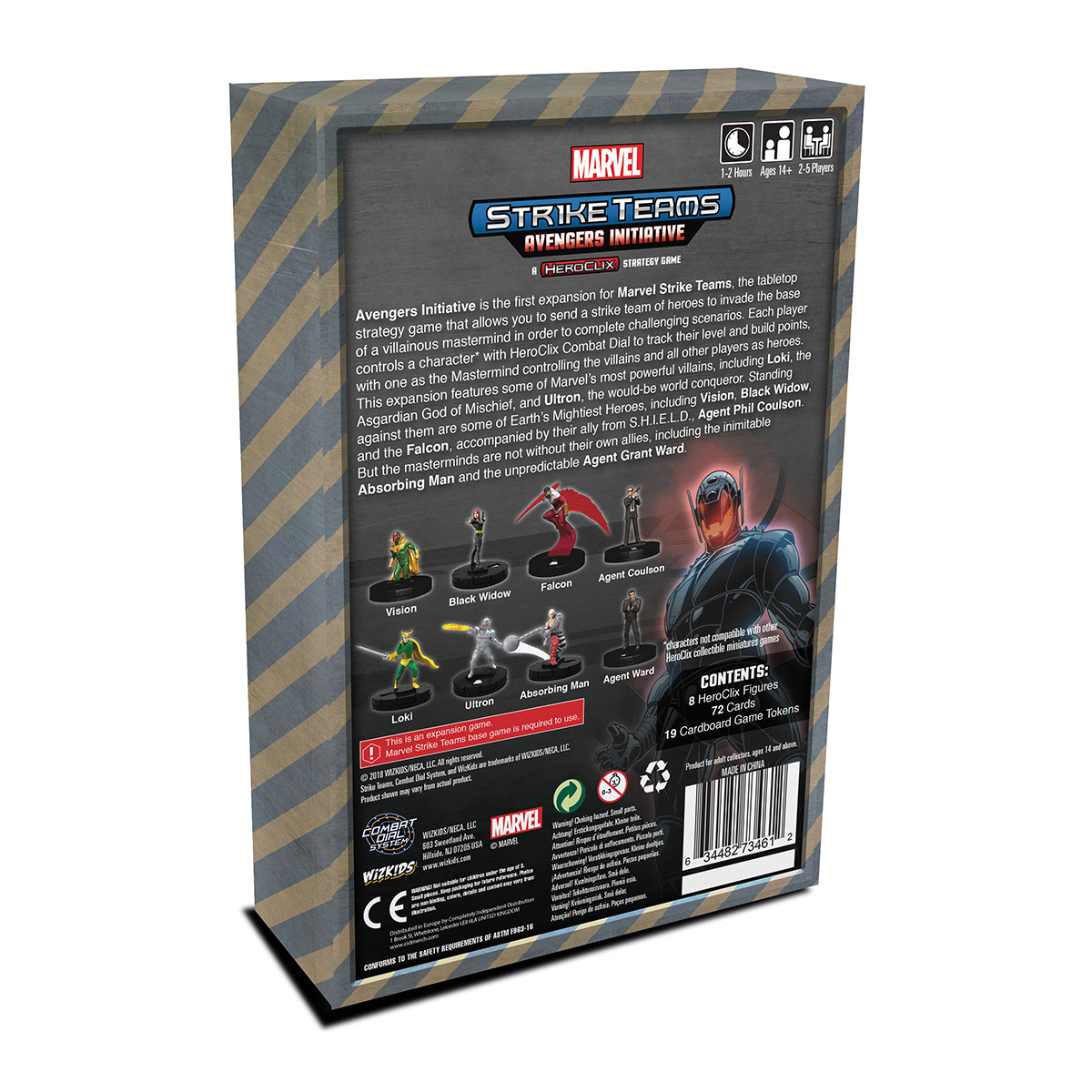 Avengers Initiative is the first expansion for Marvel Strike Teams, the tabletop strategy game that allows you to send a strike team of heroes to invade the base of a villainous mastermind in order to complete challenging scenarios. Designed by Andrew Parks, this expansion features some of Marvel's most powerful villains, including Loki, the Asgardian God of Mischief, and Ultron, the would-be world conqueror. Standing against them are some of Earth's Mightiest Heroes, including Vision, Black Widow, and Falcon, accompanied by their ally from S.H.I.E.L.D., Agent Phil Coulson. However, the villainous masterminds are not without their own allies, including the inimitable Absorbing Man and the unpredictable Agent Grant Ward. Track your stats from game to game across your campaign using the HeroClix Combat Dial.

Expand your Marvel Strike Teams Strategy Game today with this action-packed addition, and get to thwarting the ever-tricky Loki today with 2-5 players!

*HeroClix figures not compatible with other HeroClix miniatures games