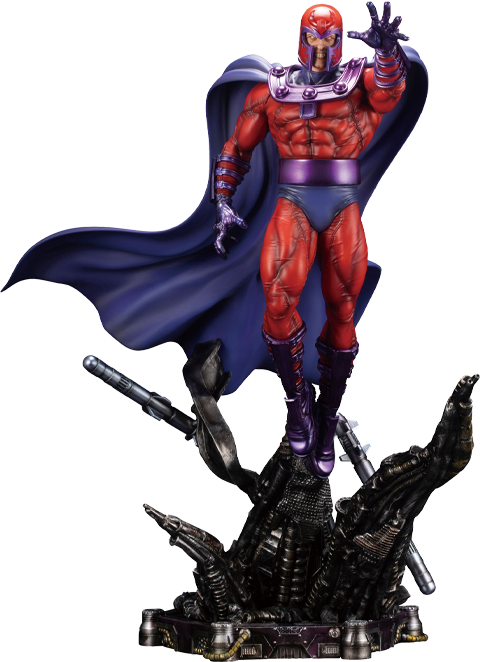 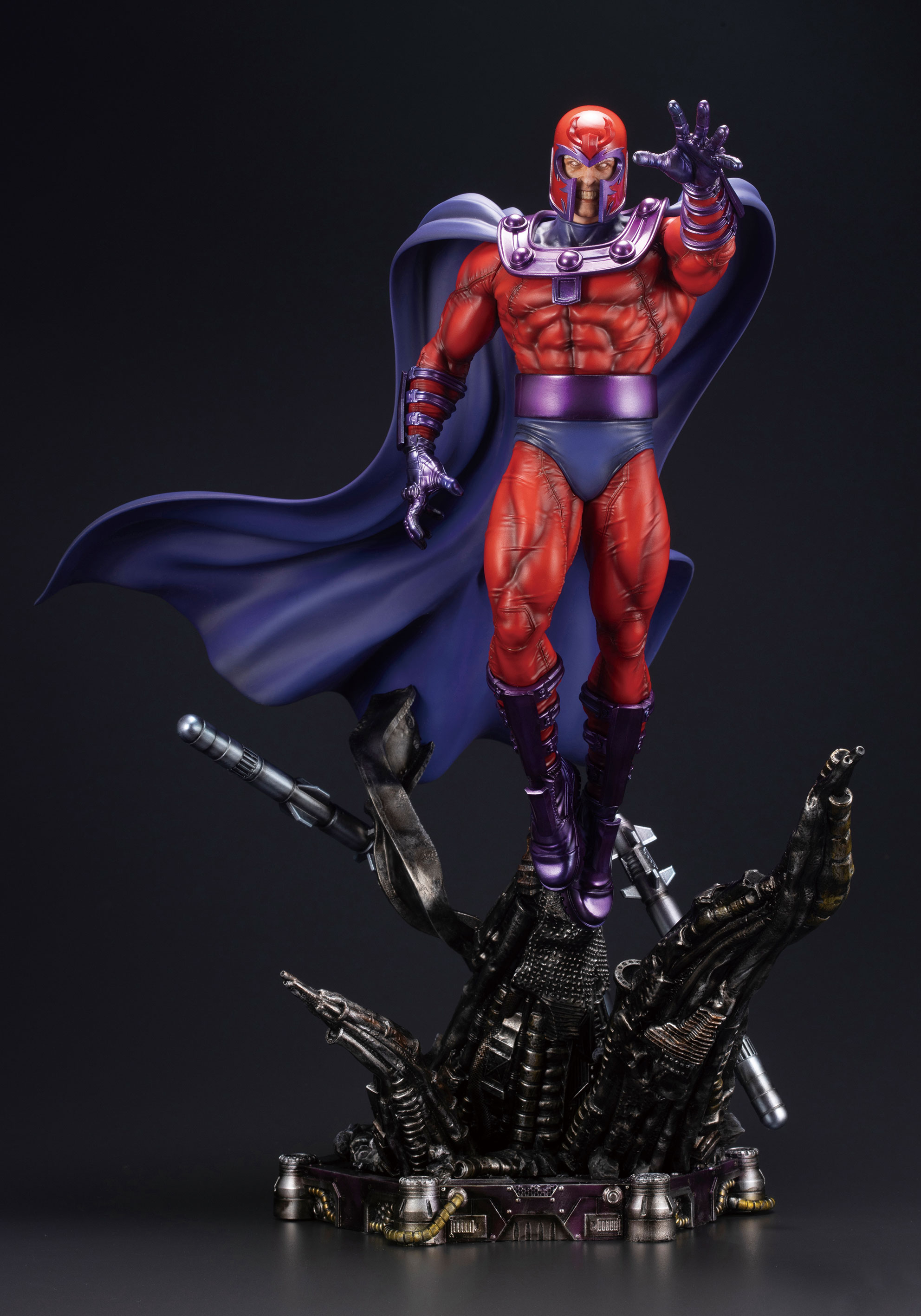 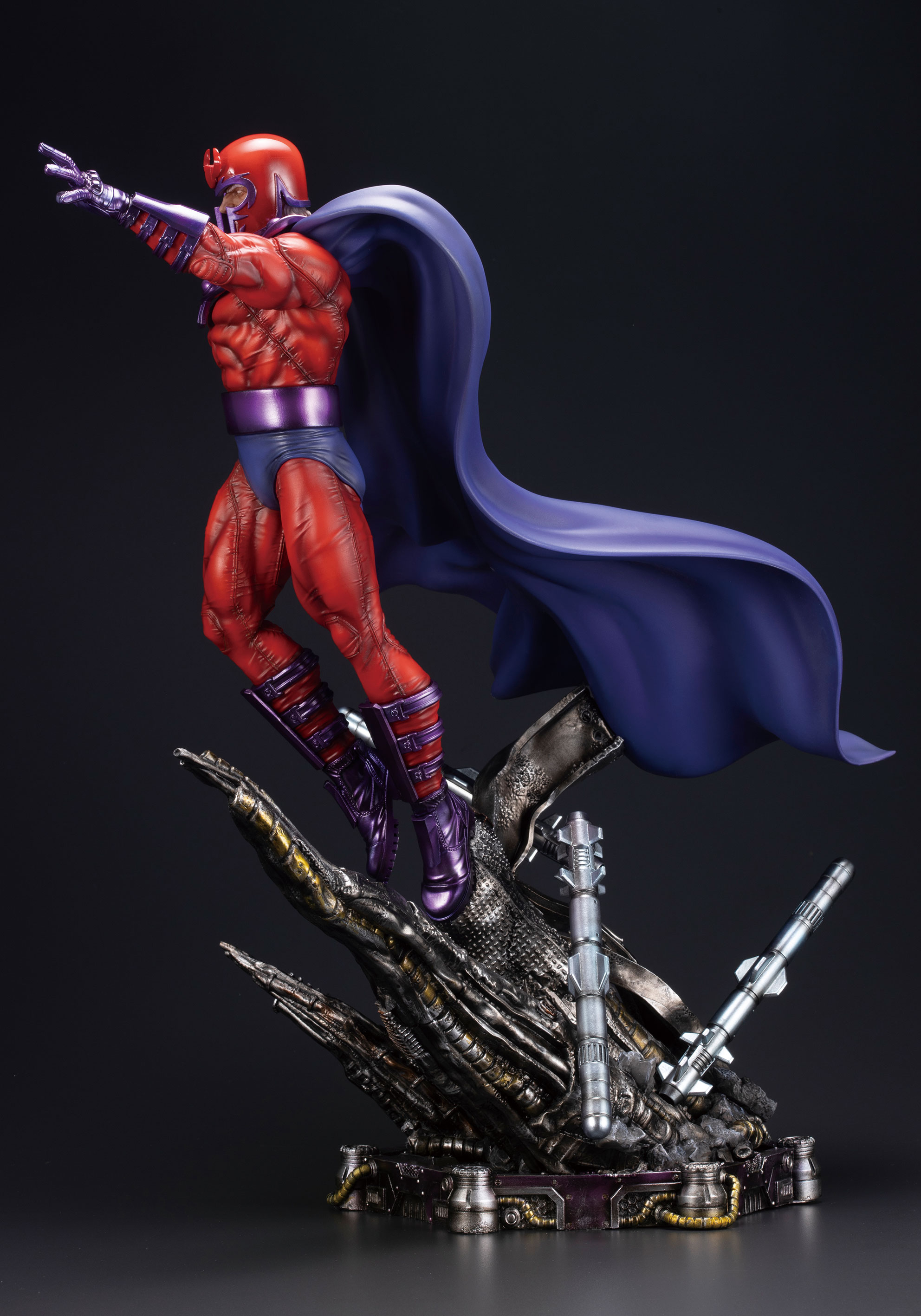 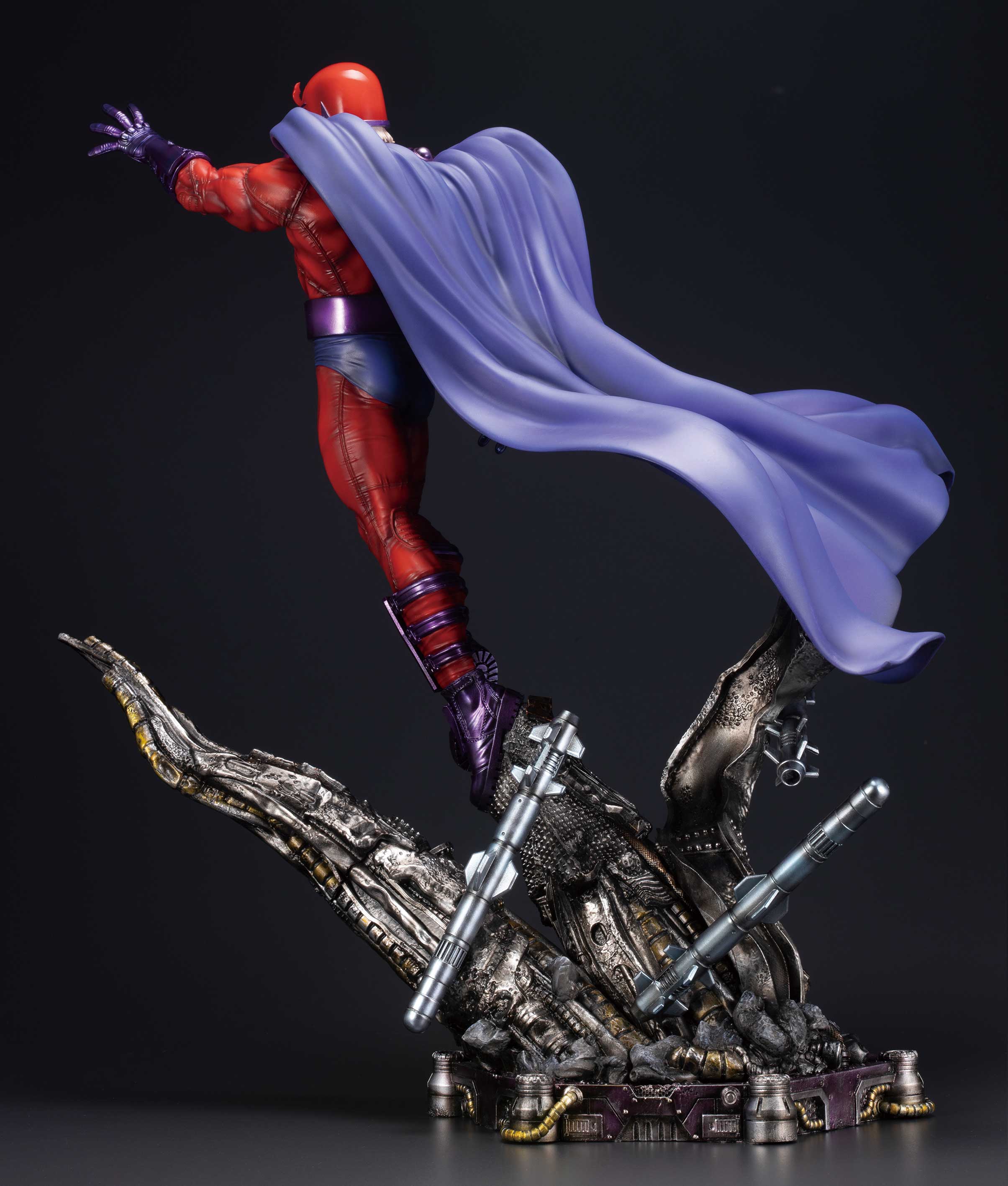 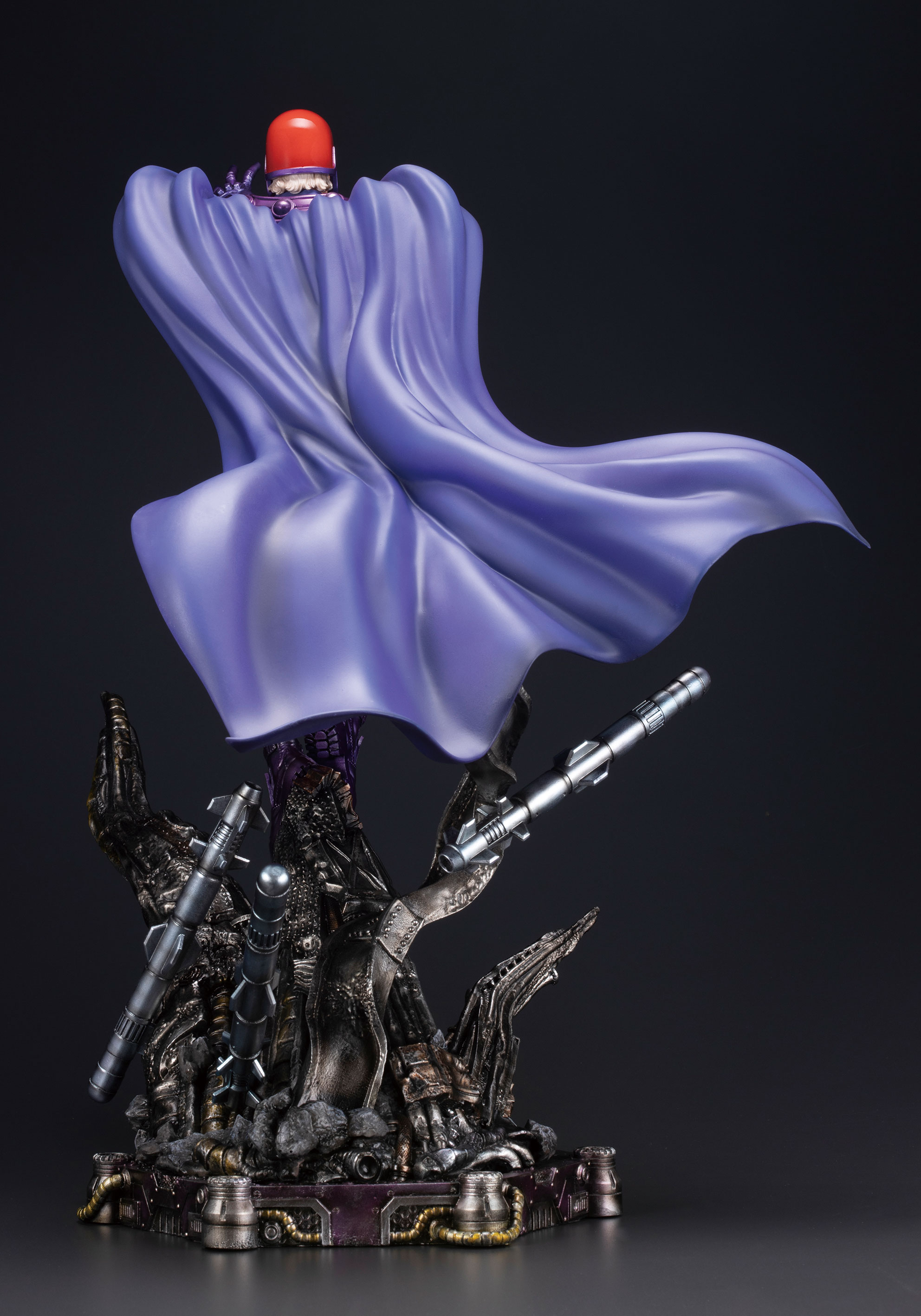 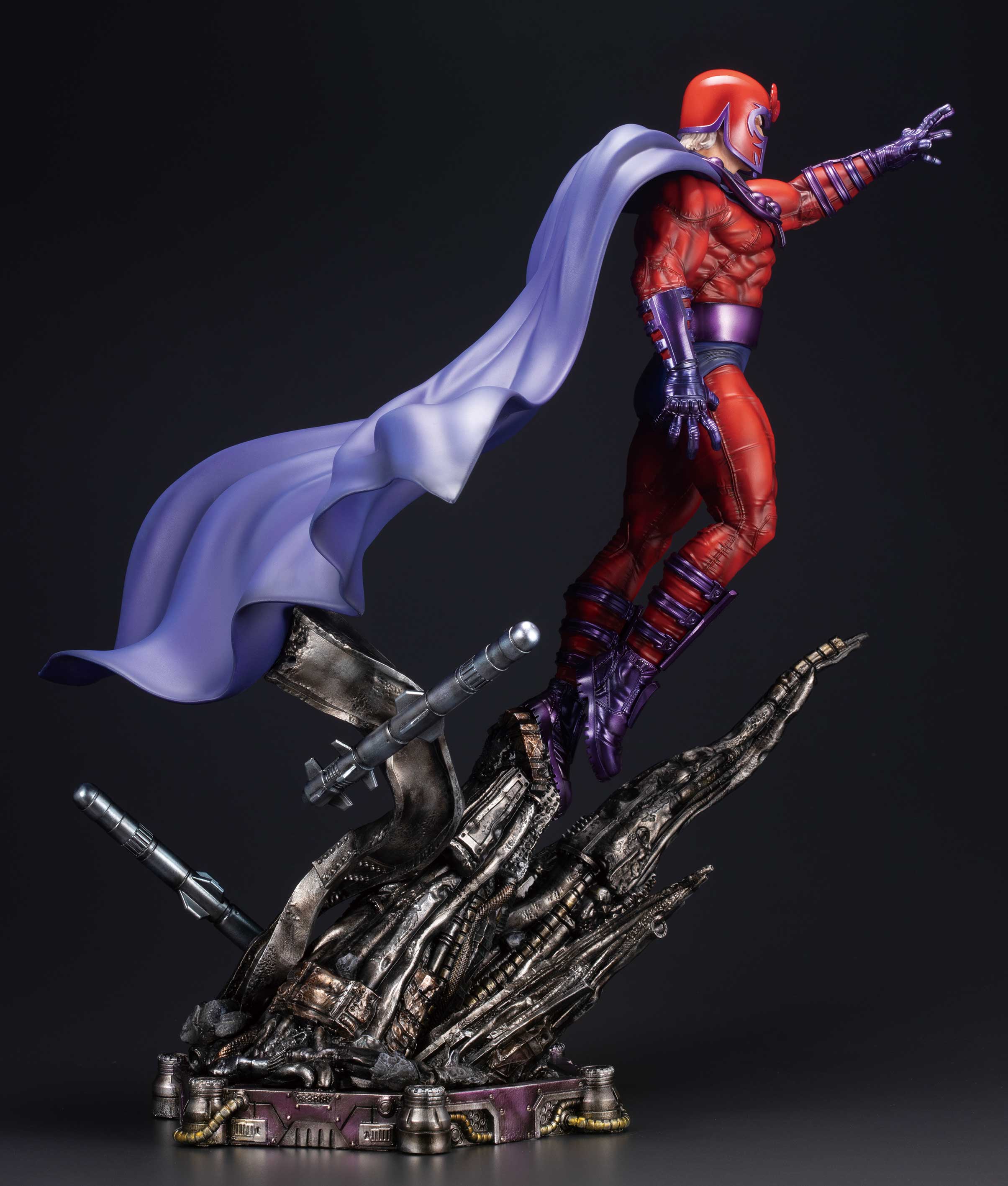 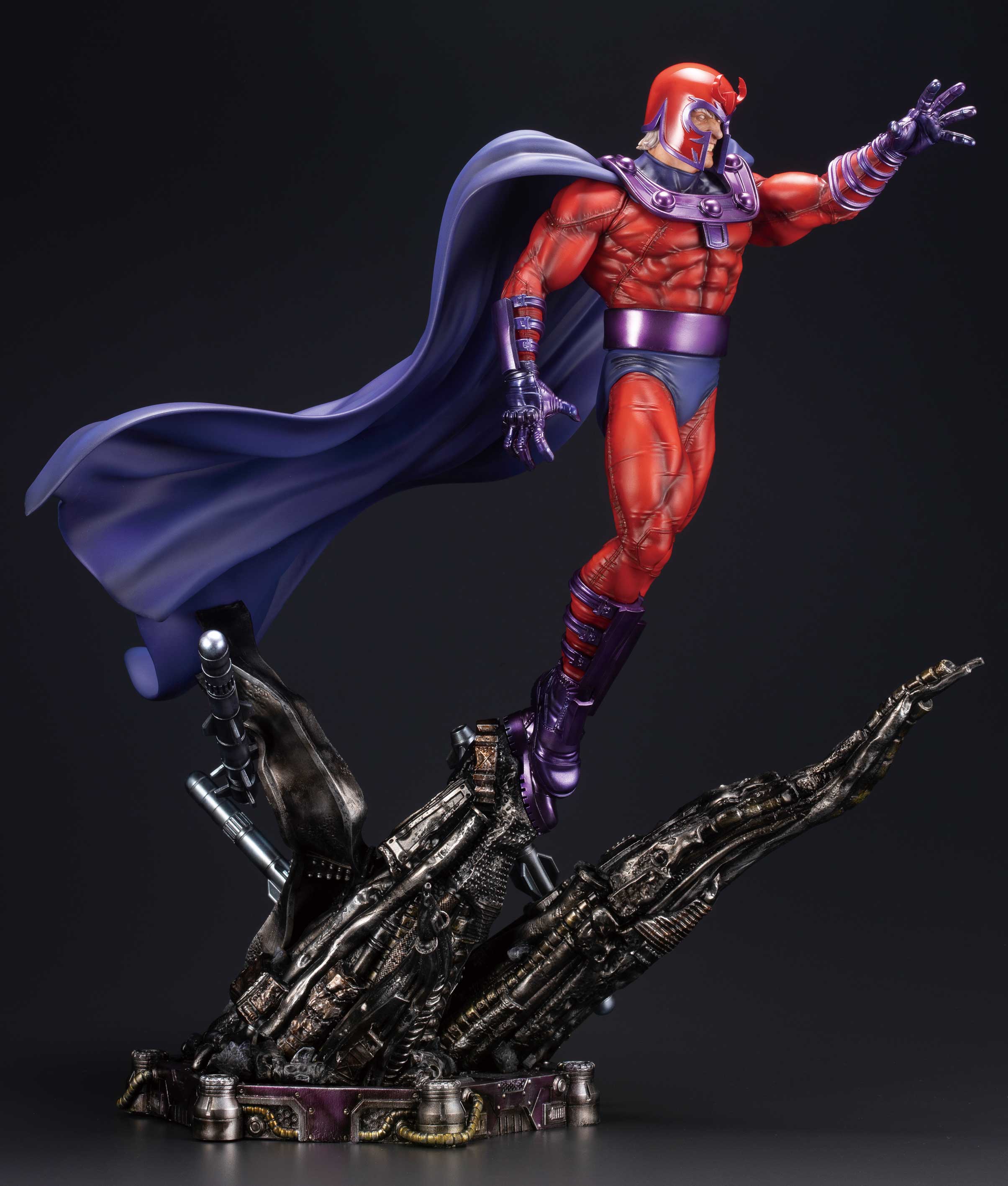 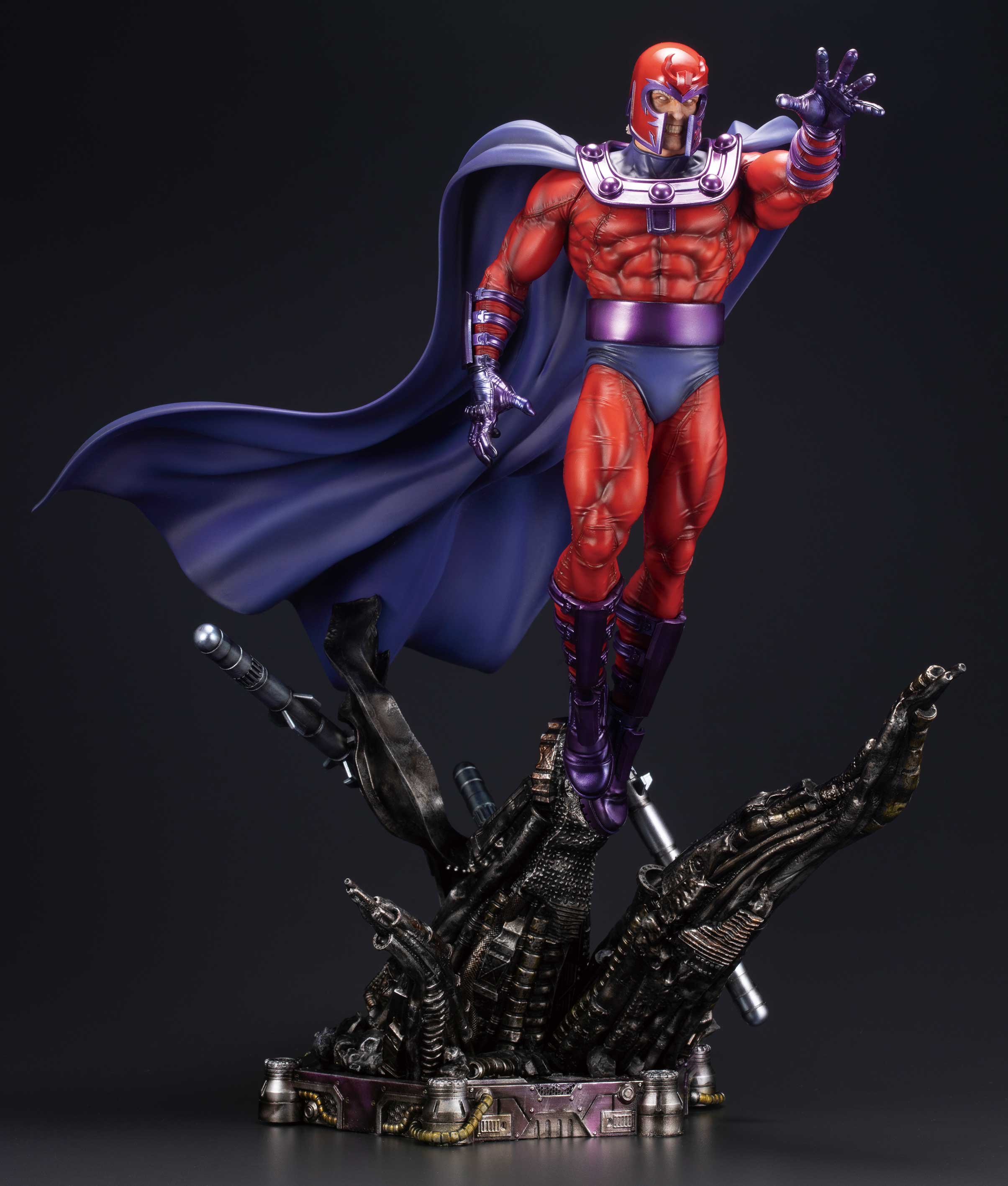 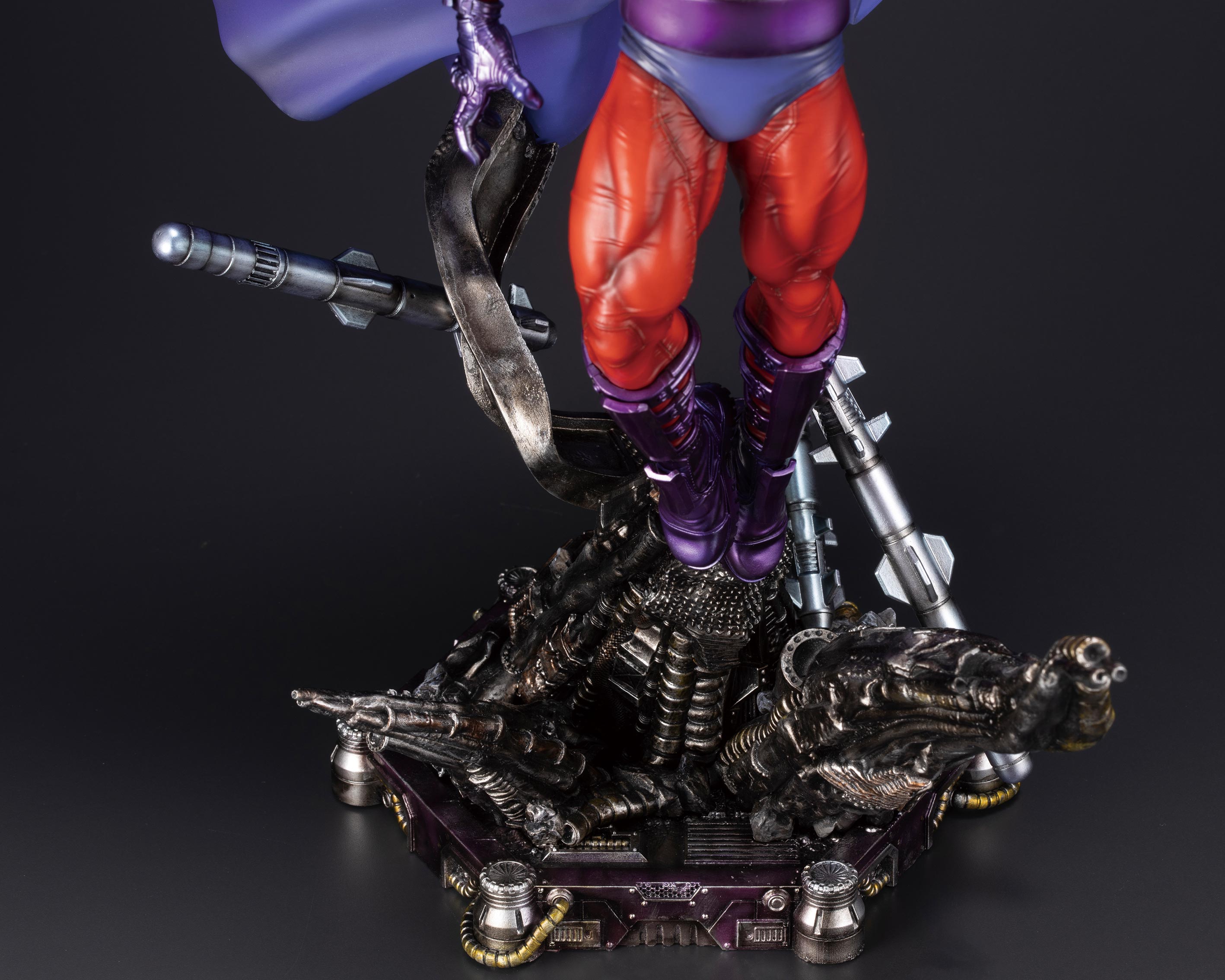 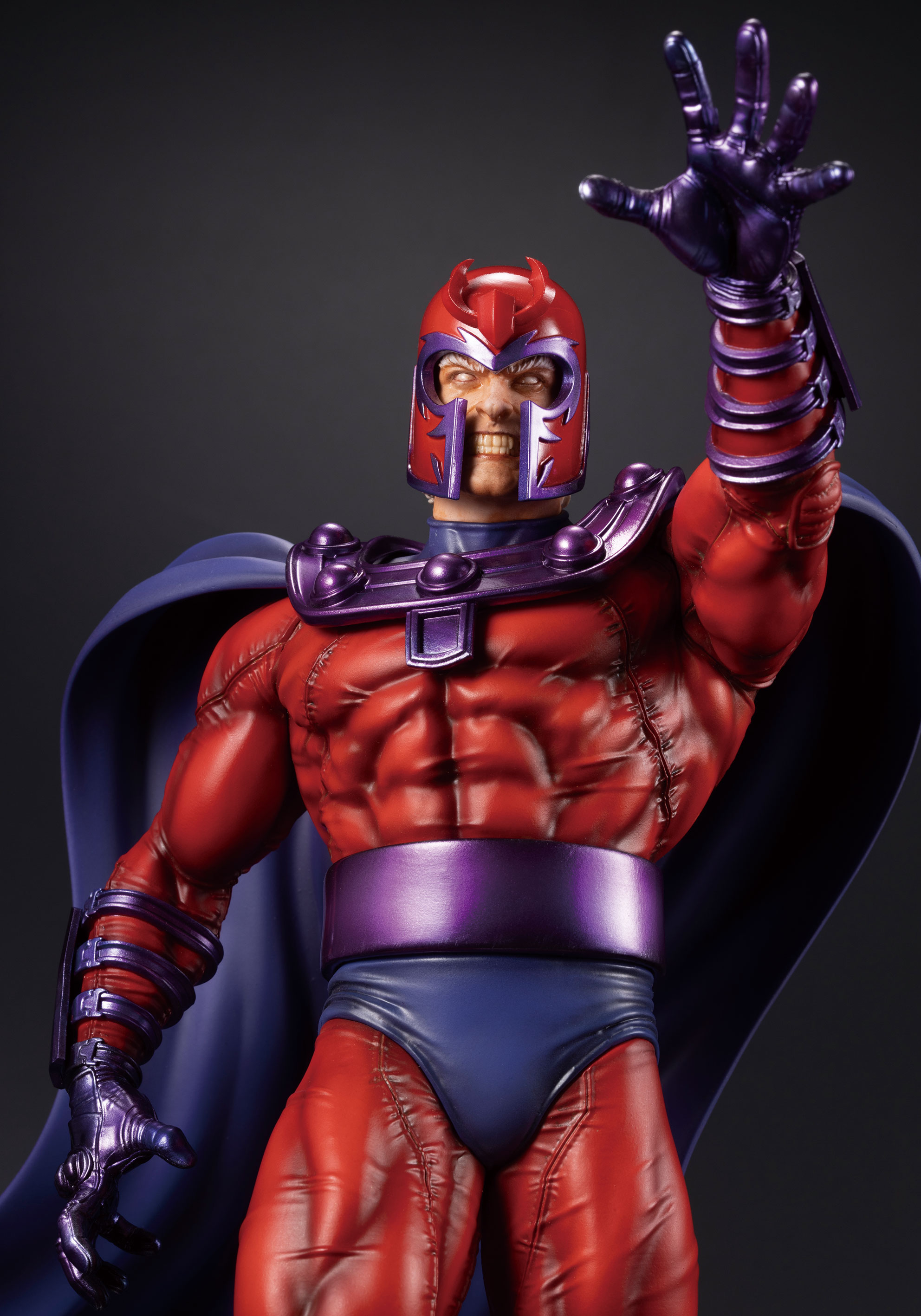 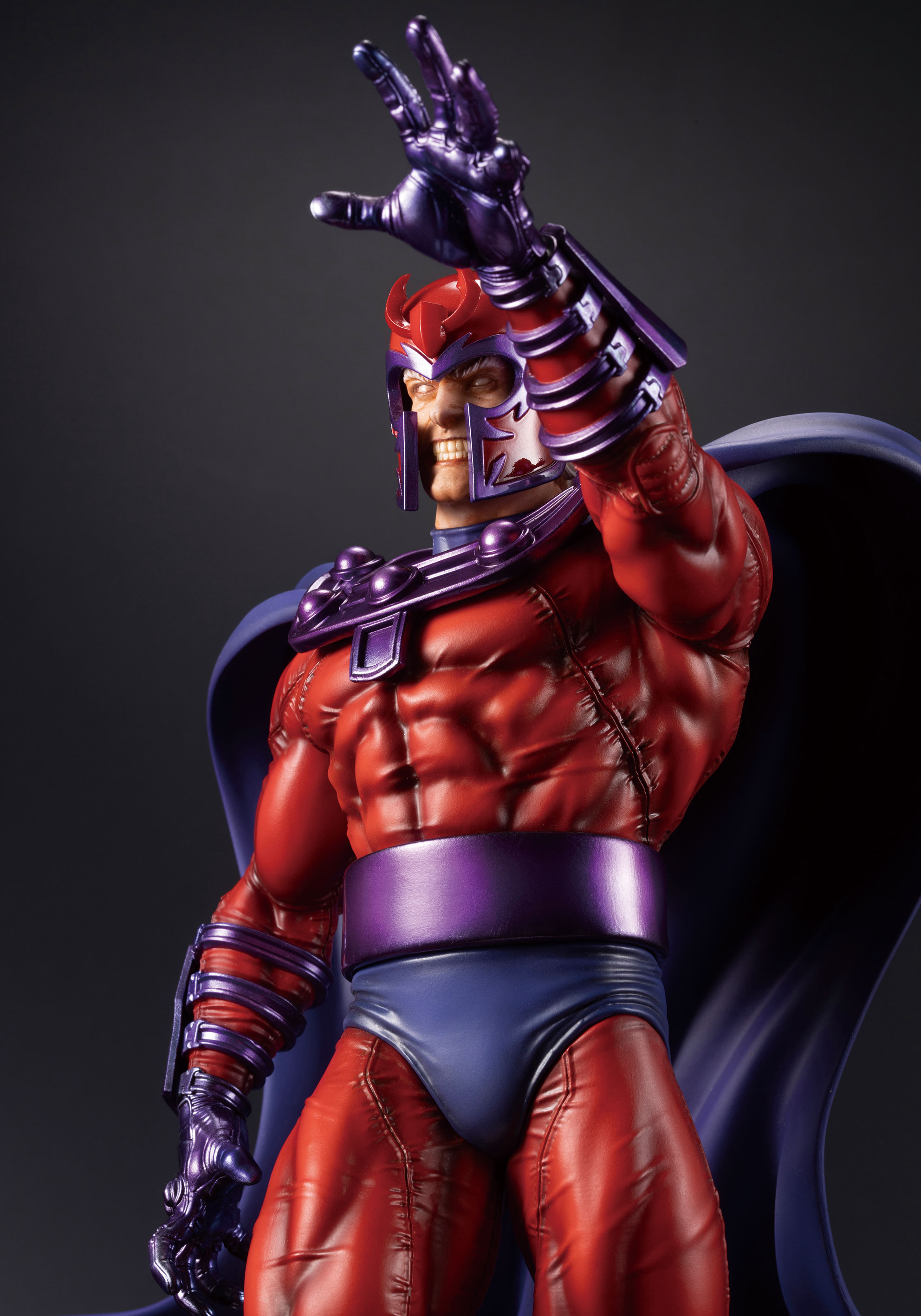 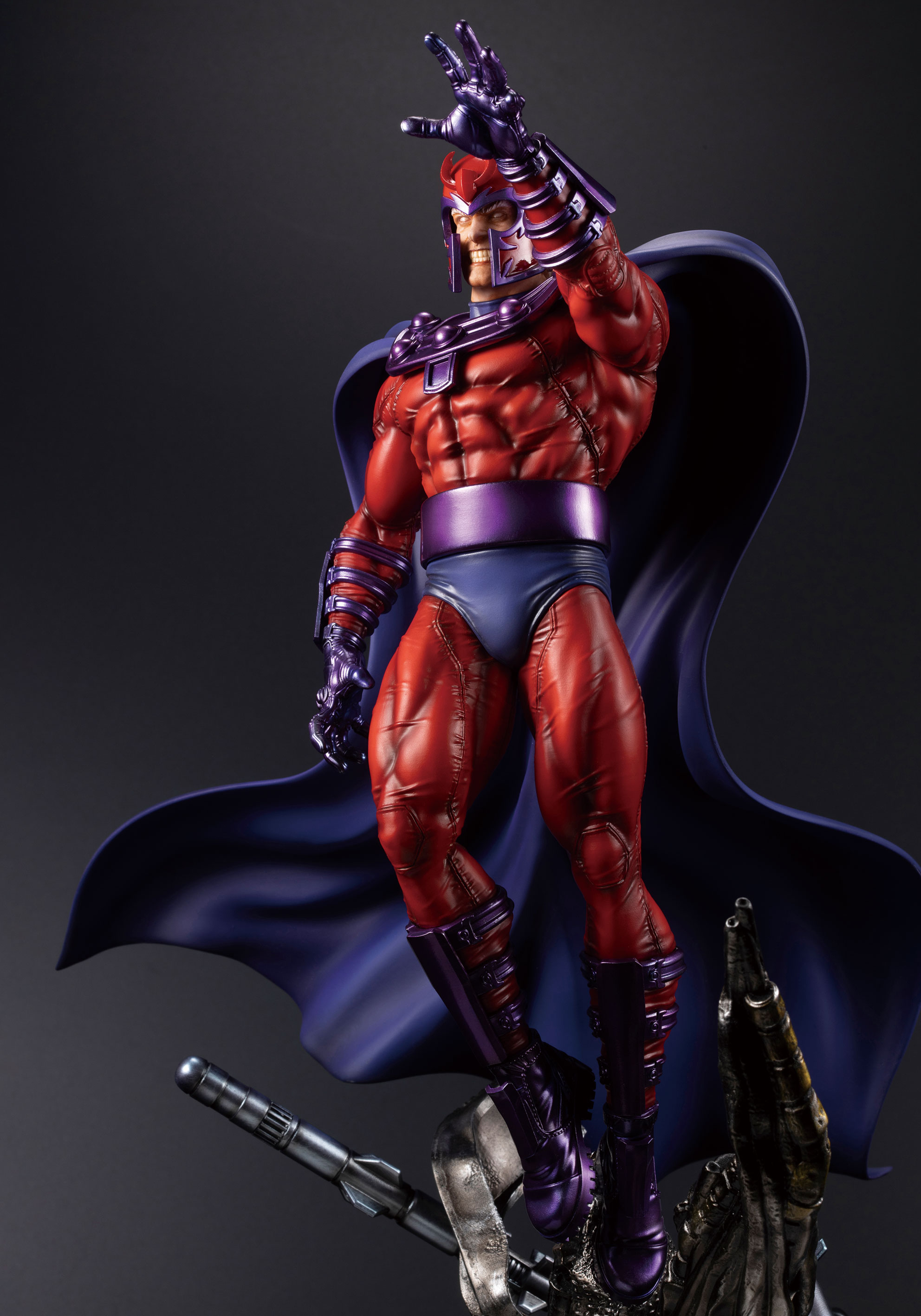 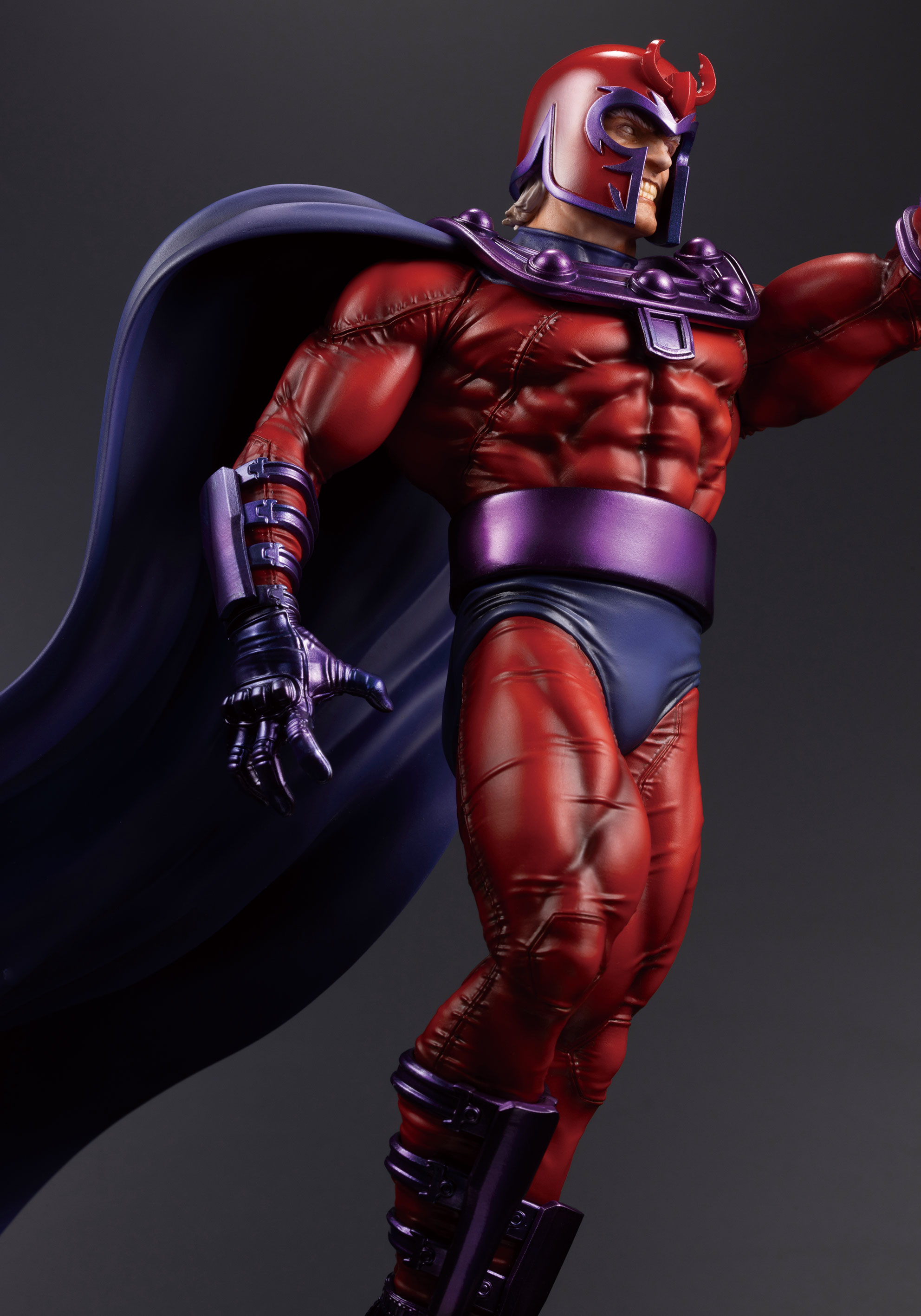 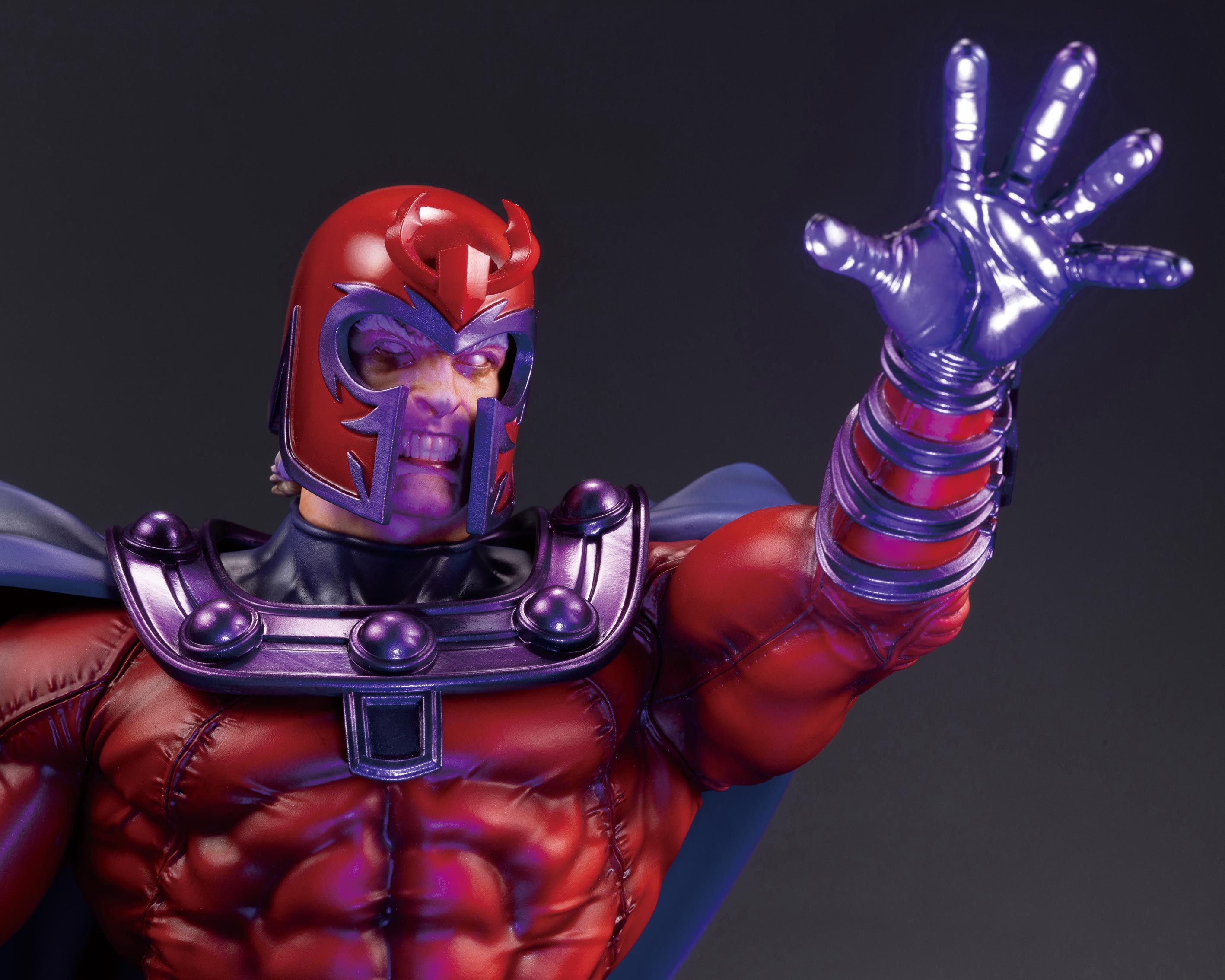 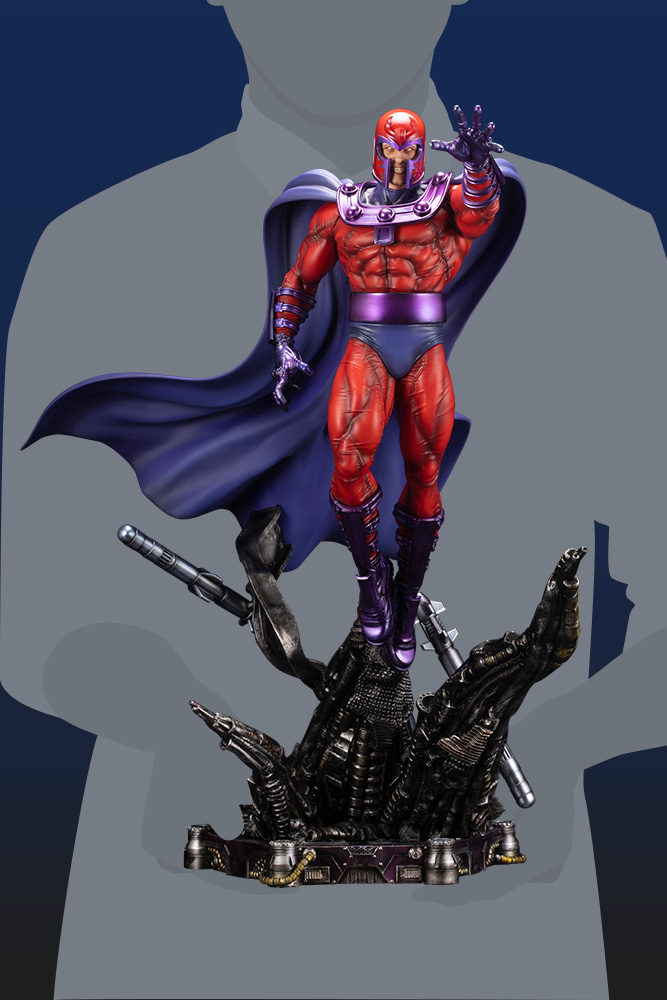 The latest addition to the revamped Fine Art Statue line is the X-Men villain and master of magnetic fields, Magneto. Standing over 40cm tall, this impressive piece is Kotobukiya's second rendition of Magneto in statue form. Magneto's muscular form, honed by using his magnetic powers to float inspace, makes him look younger than Professor X despite being close inage. The villan is overflowing with rage at mankind for mistreating his fellow mutants, and resignation towards his former friend for refusing to compromise his ideals to change the world. Befitting of the strongest mutant, the statue's pose captures Magneto's might as he can bend anything at his will using his magnetic powers.