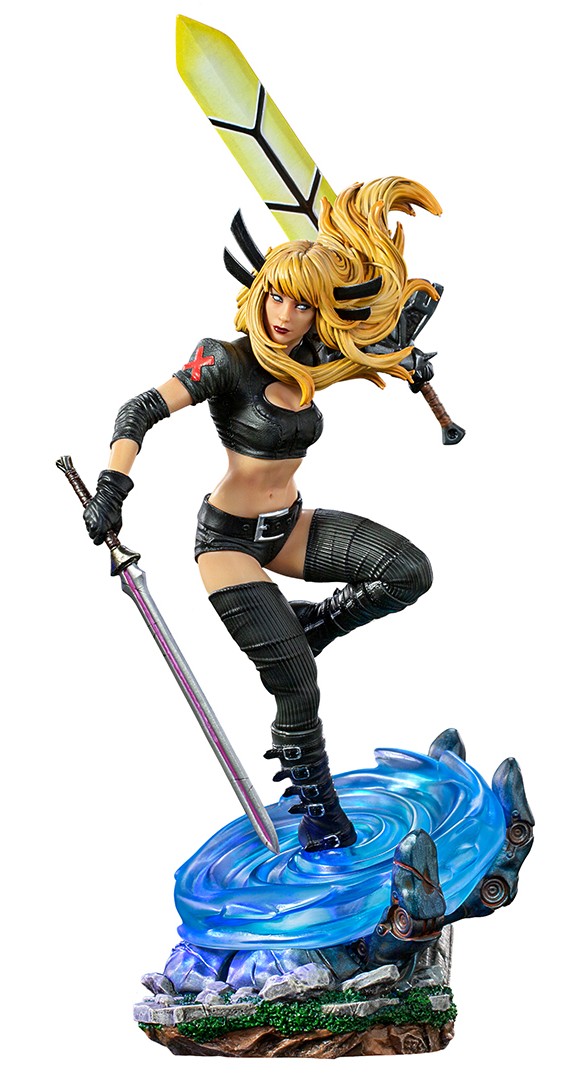 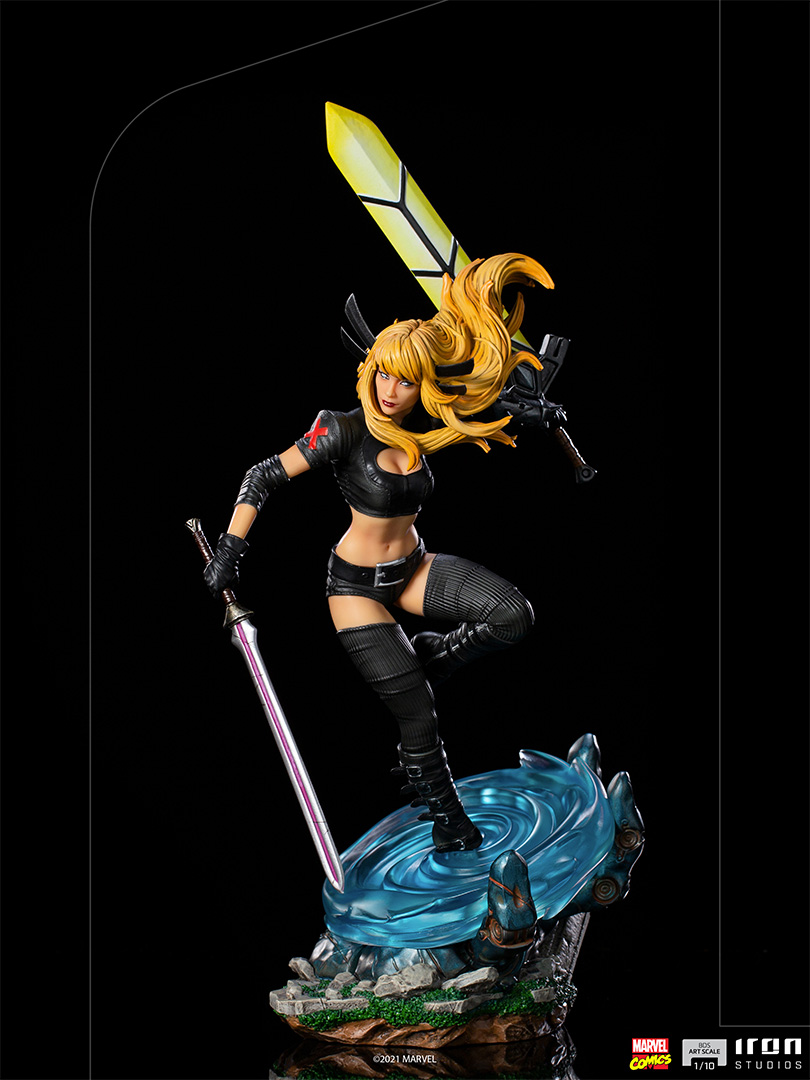 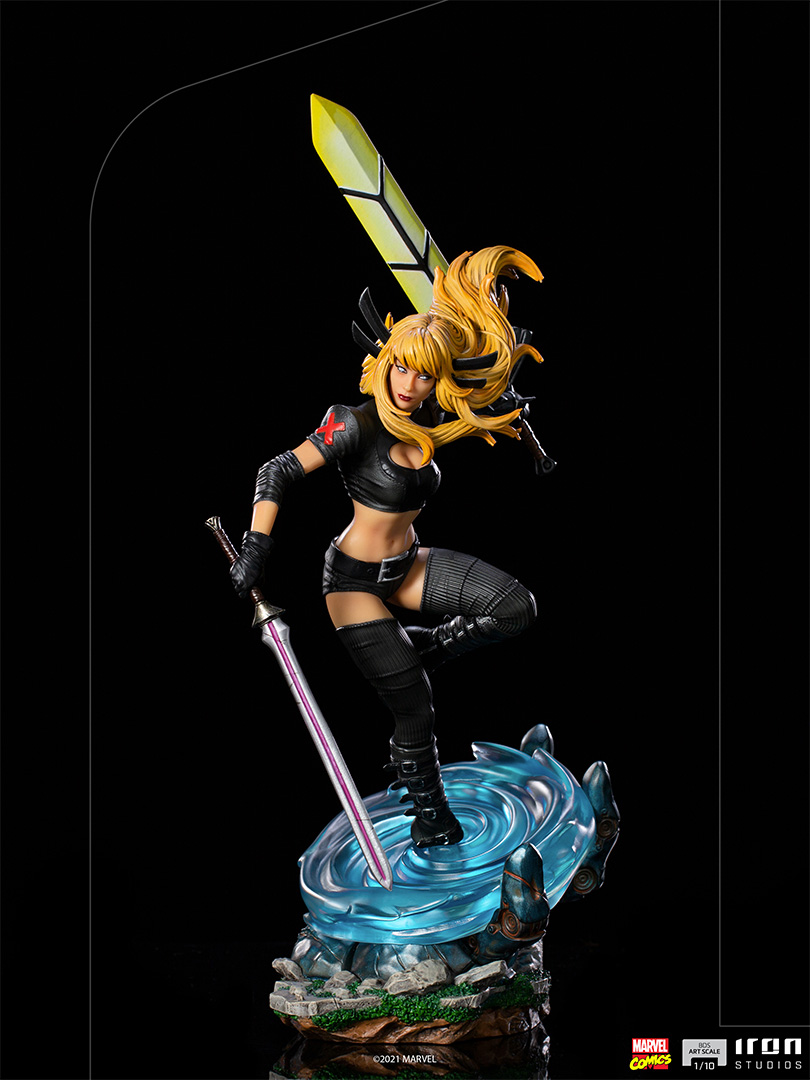 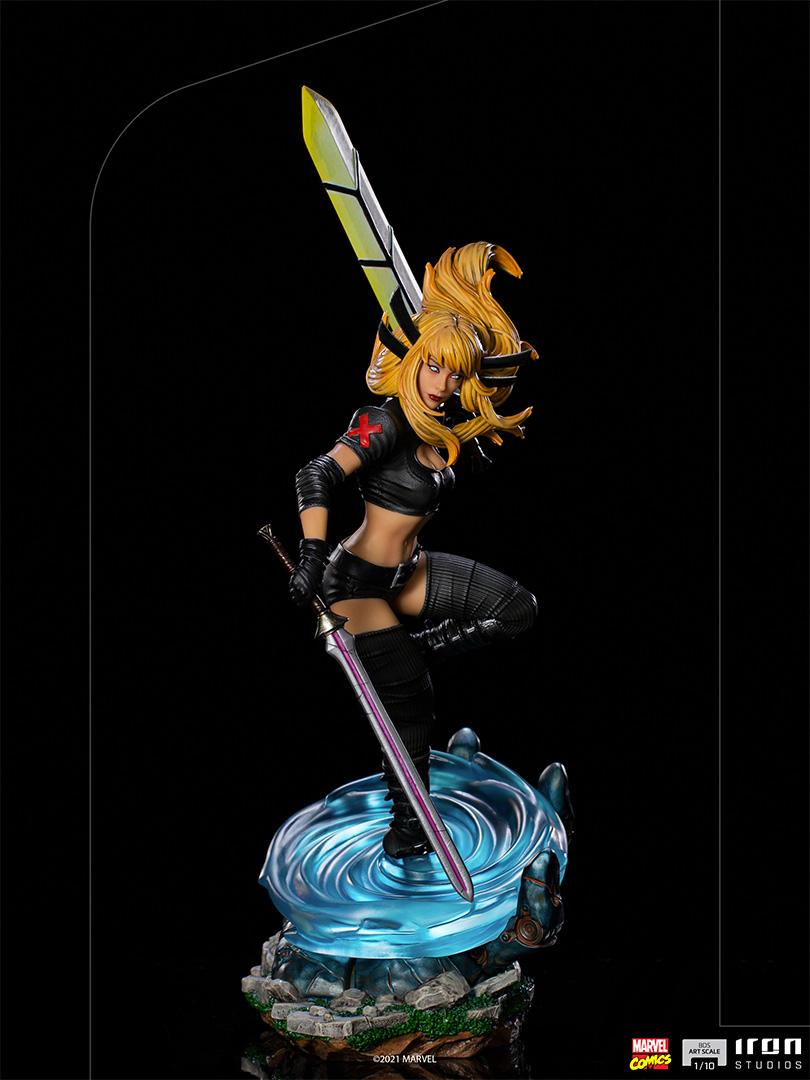 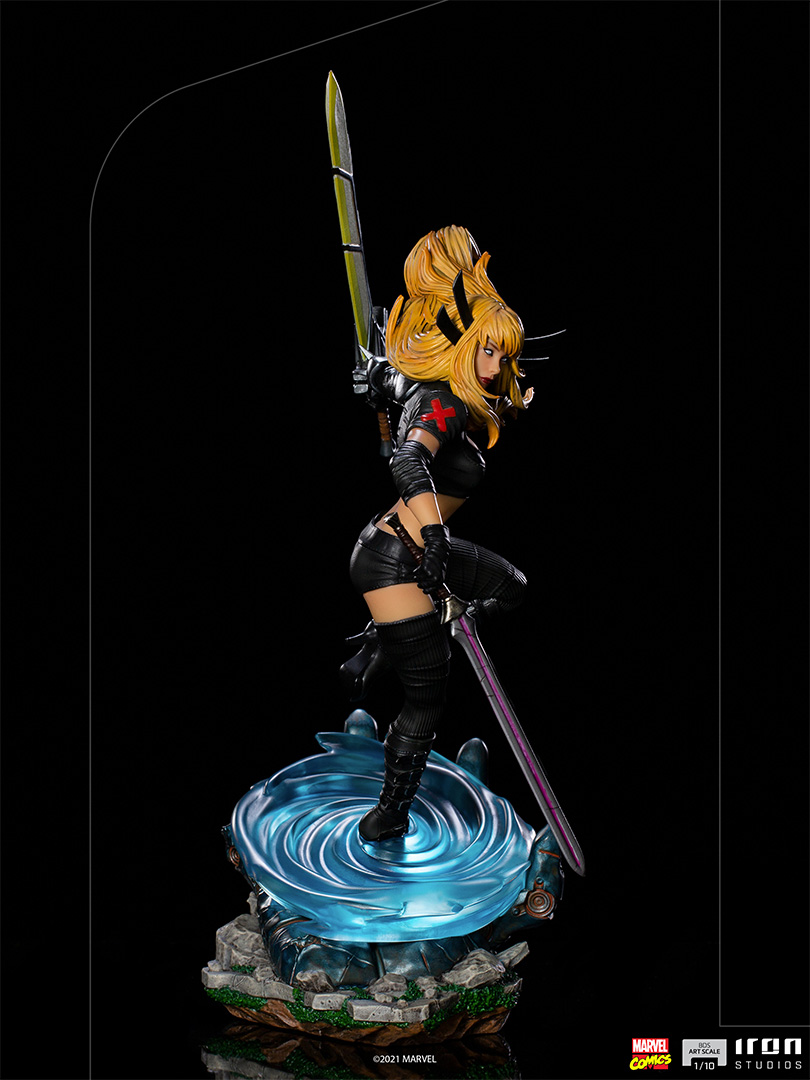 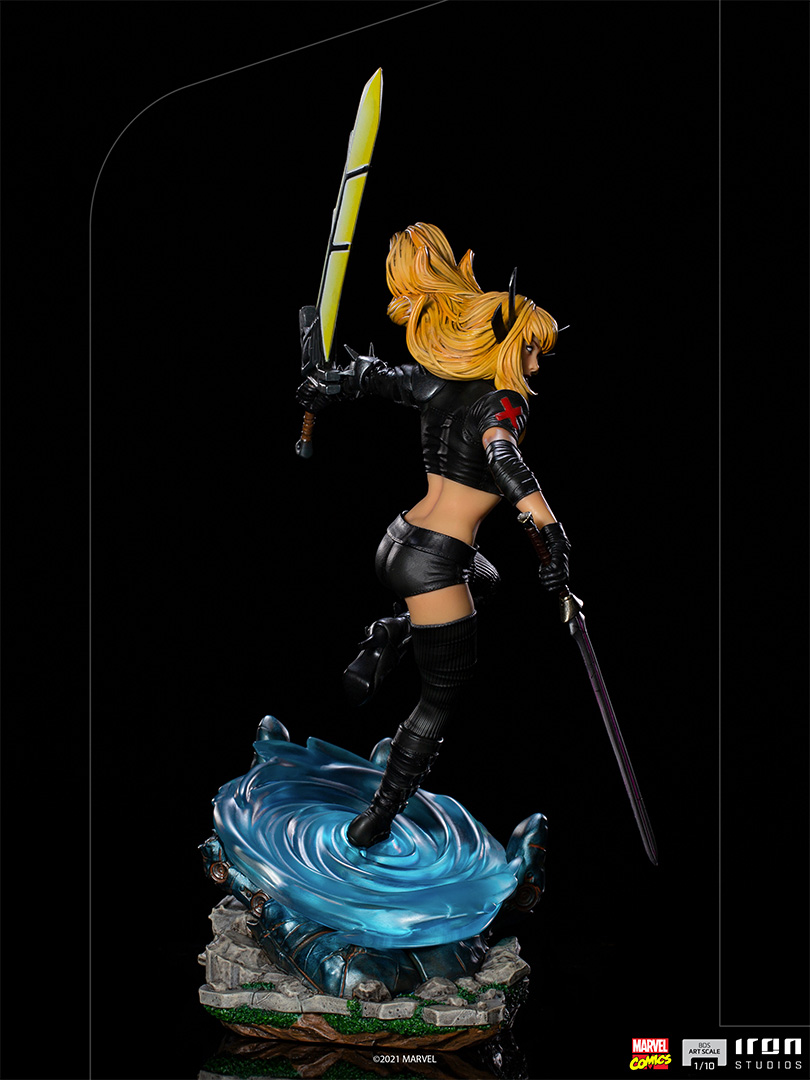 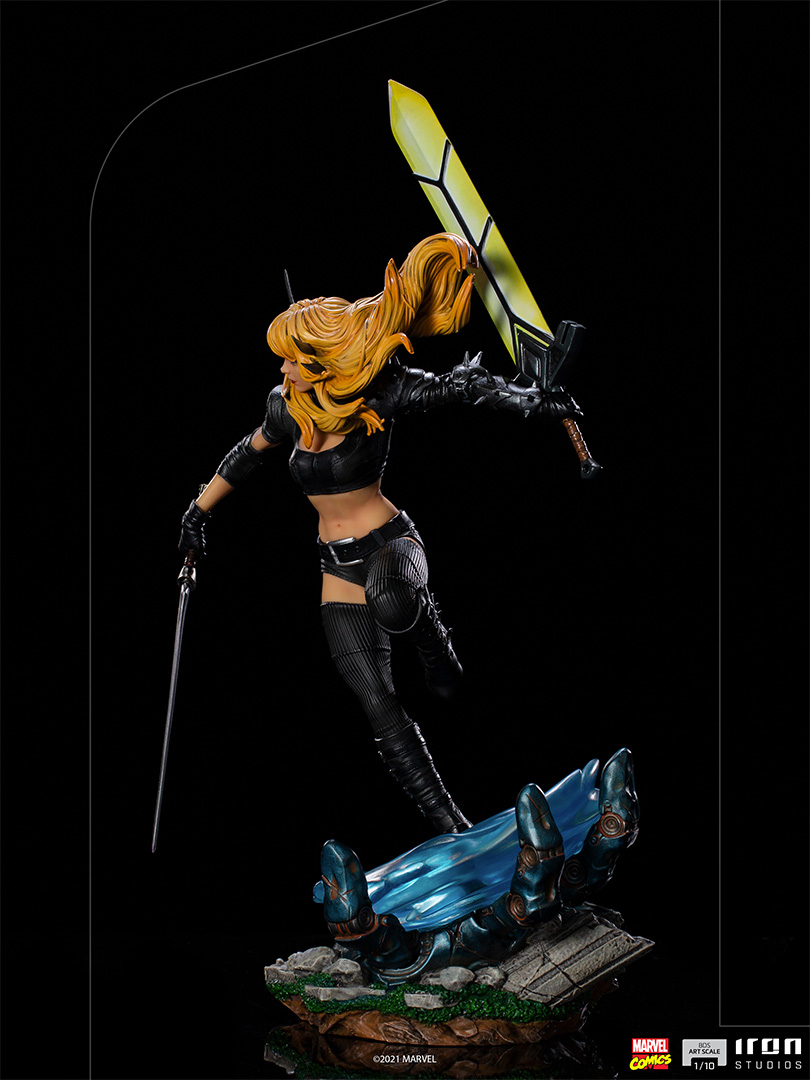 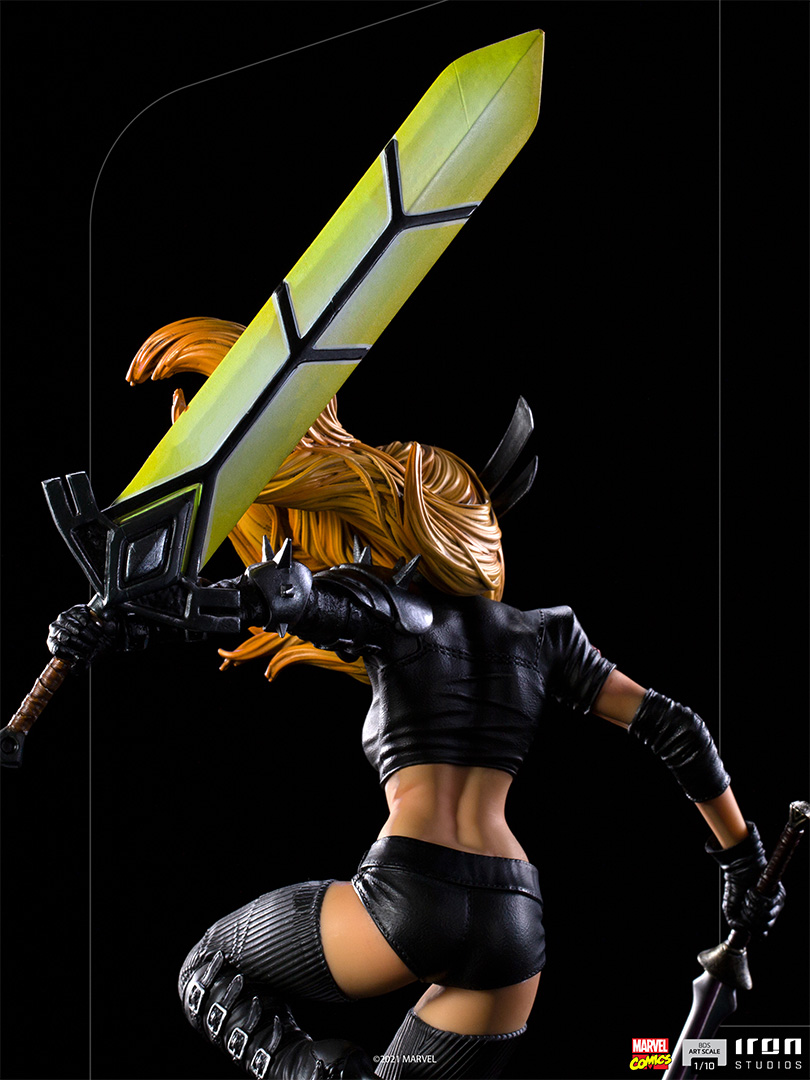 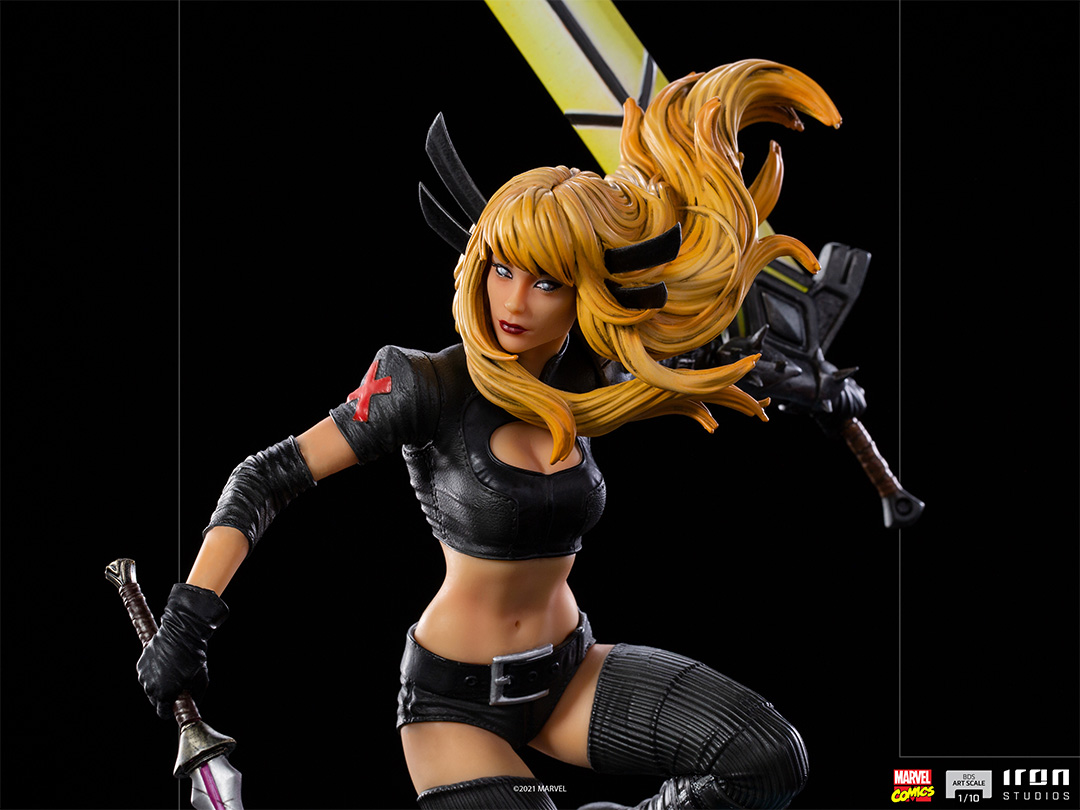 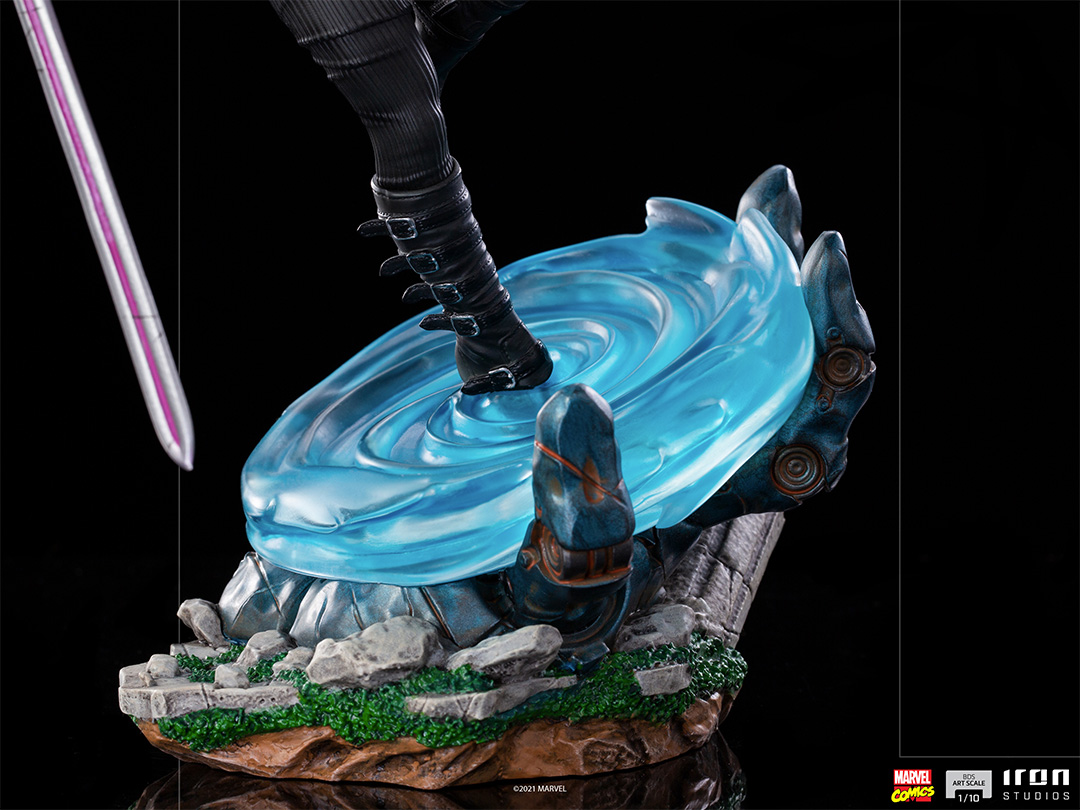 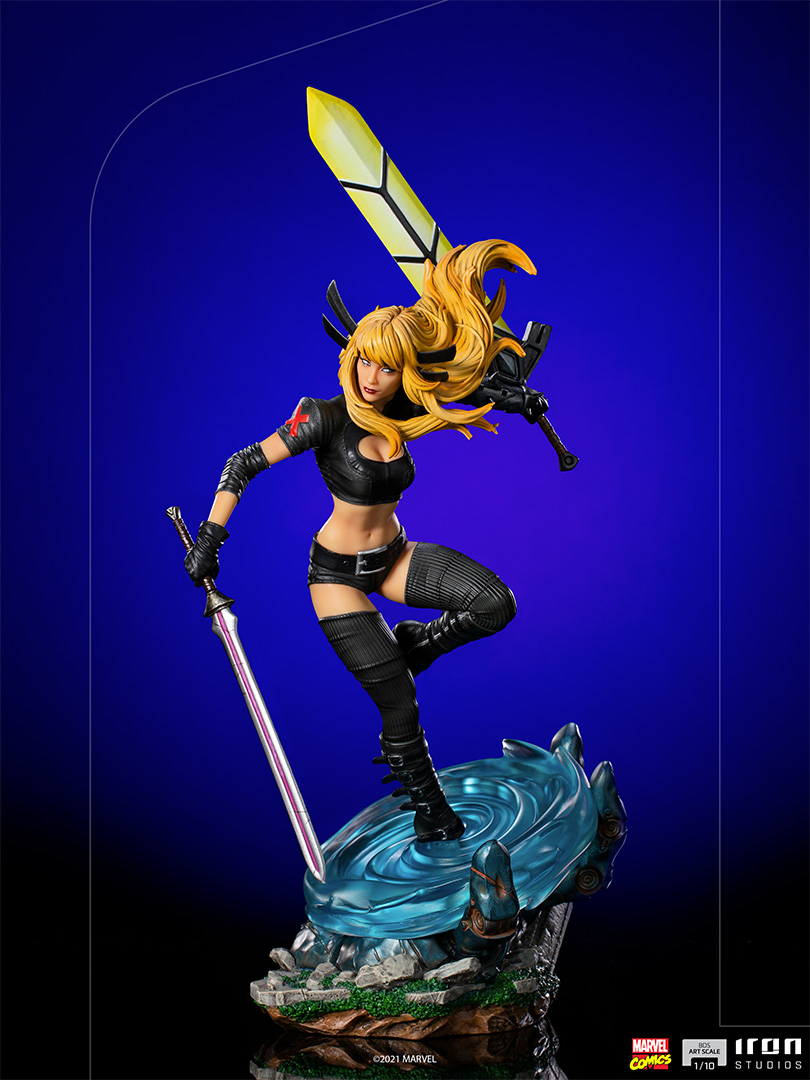 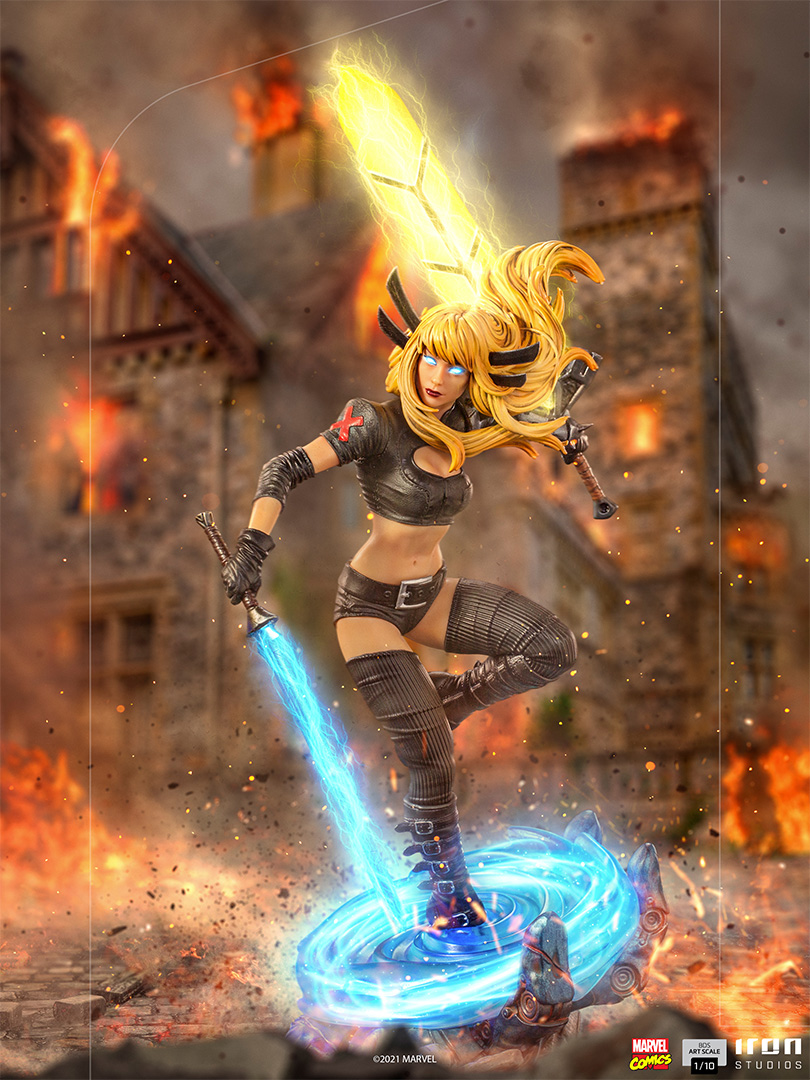 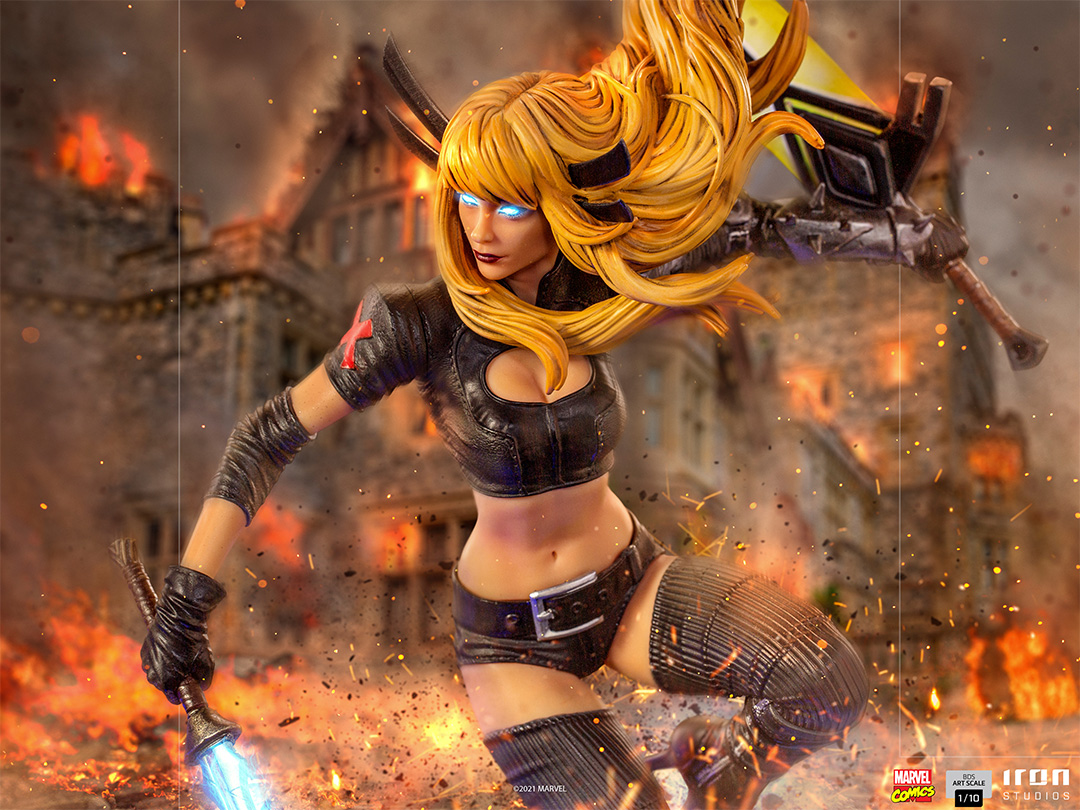 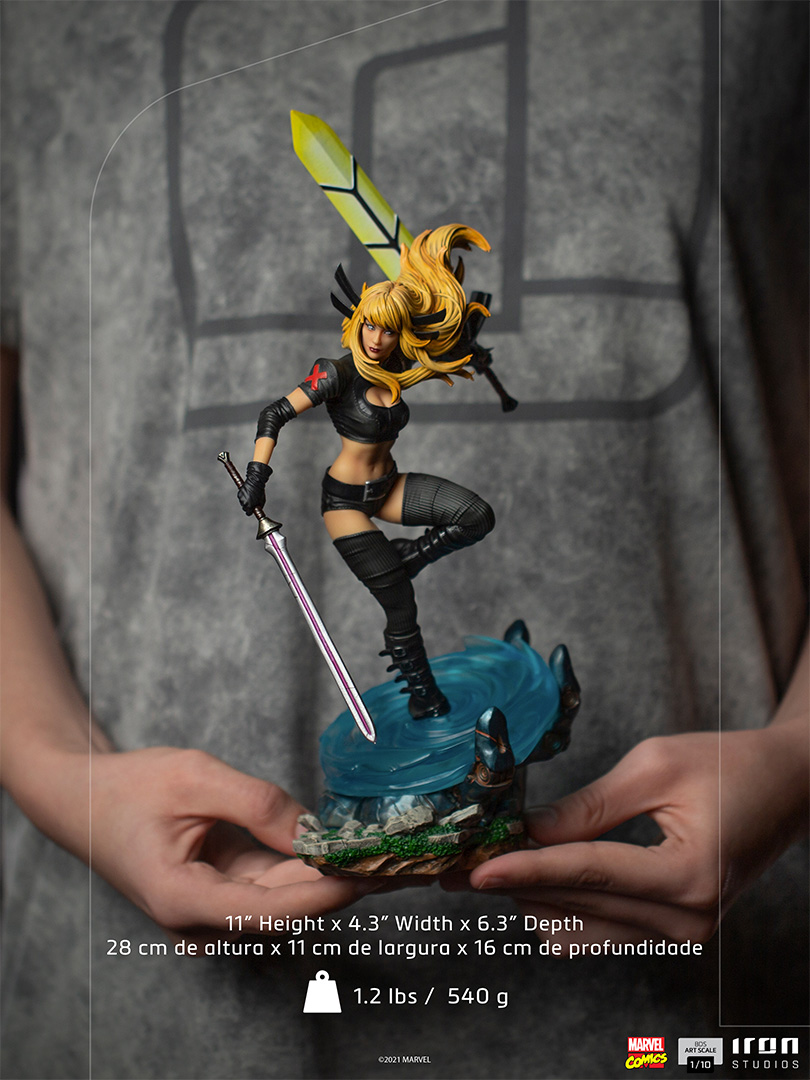 The mutant queen of Limbo gets a statue in Iron Studios’ X-Men collection!

In the ruins of Mansion X, home of the X-Men, the young Illyana Rasputin travels through time and space through an open dimensional portal, created through her mutated ability to create teleport discs. These discs originate in a dimension known as Limbo, where she is the ultimate sorceress. She appears holding, in her left hand, her great SoulSword, an indestructible weapon. This sword is the physical manifestation of her magical powers, and with which she defeated Belasco, an ancient sorcerer who was the former ruler of Limbo. Holding another sword in her right hand, she is ready for combat, depicted in Iron Studios’ “Magik – X-Men – Bds Art Scale 1/10” statue.

One of the most powerful mutants of the X-Men, Illyana is the younger sister of Piotr Rasputin, the mighty Colossus, and just like him, she was born on a collective farm in the former Soviet Union. Her mutant power comes from a dimension called Limbo, where time passes differently. She was taken there as a child by the evil Belasco, thus becoming his apprentice. She returned as a teenager and was part of the group called New Mutants, of which she was the leader. Fighting her dark side, she forged her SoulSword and faced Belasco, banishing him from Limbo. Since that day, she assumed the code name Darkchylde and became the leader of Limbo, but later she started using the nickname Magik again.

Already available for Pre-order, the Magik statue is part of the X-Men’s battle diorama facing the Sentinel Robots controlled by Magneto, as well as her Mutant Brotherhood allies. The biggest collection of Marvel X-Men statues ever produced, on 1/10 scale, where each collector can line up their favorite characters together. Besides her joining the diorama’s grand Hall of Heroes and Villains, there is much more to come!