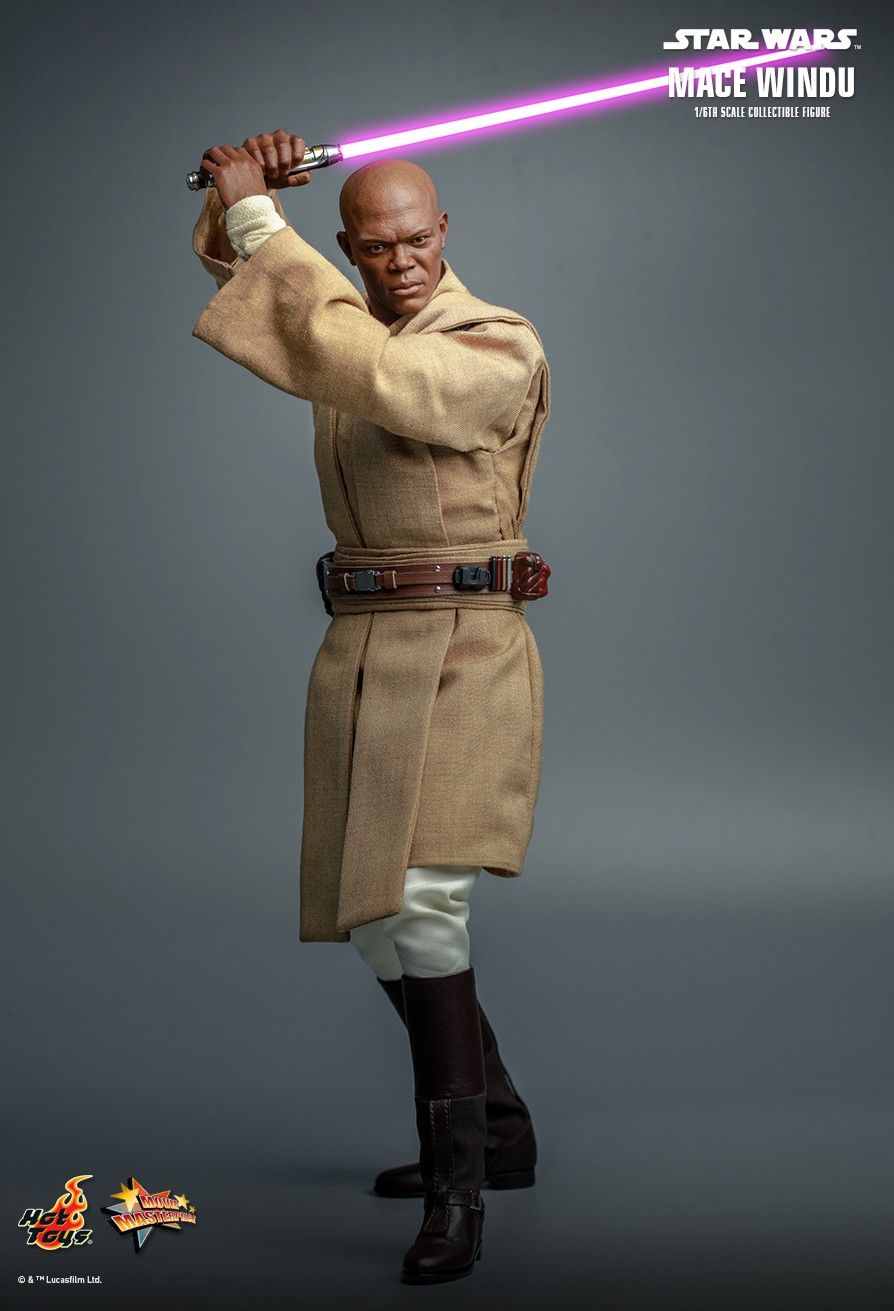 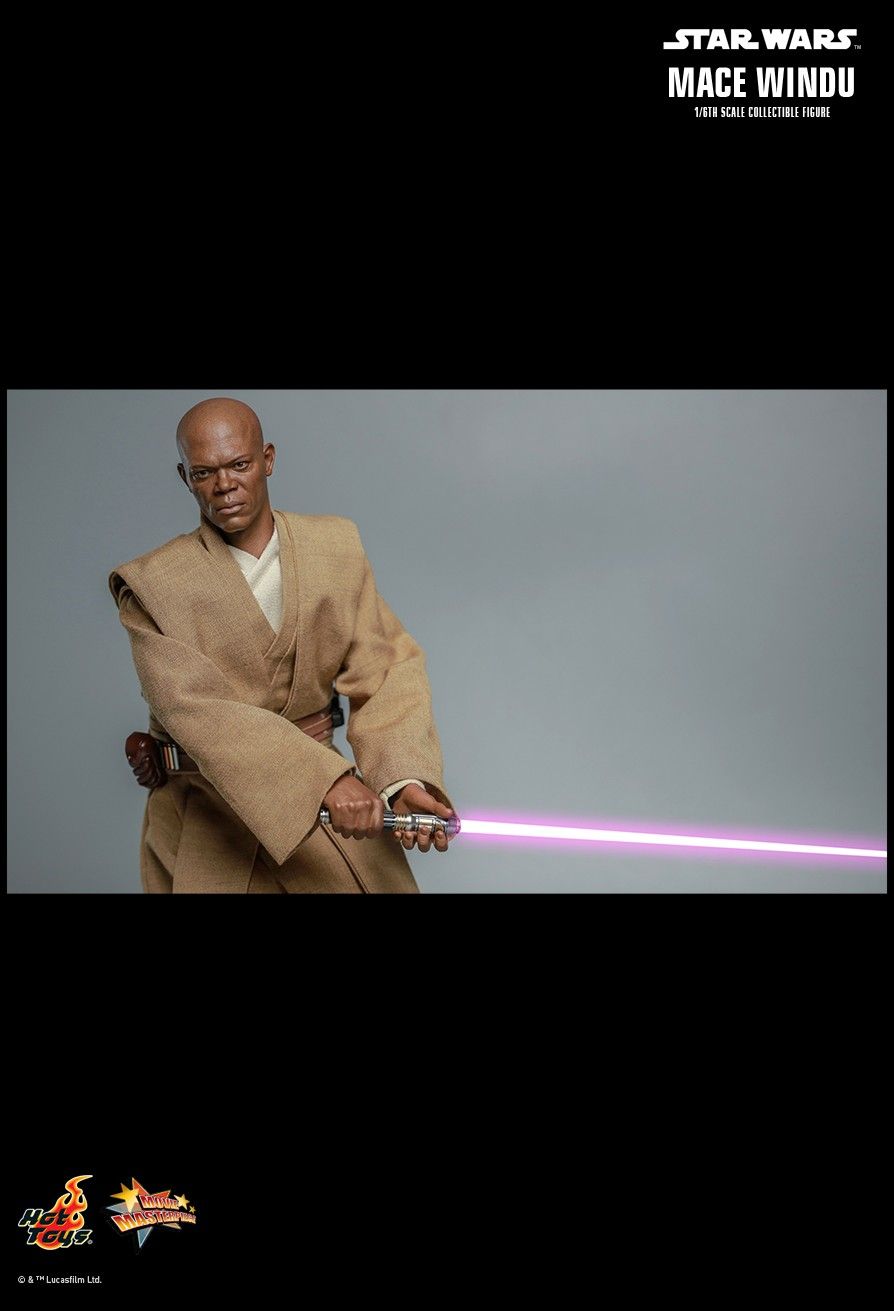 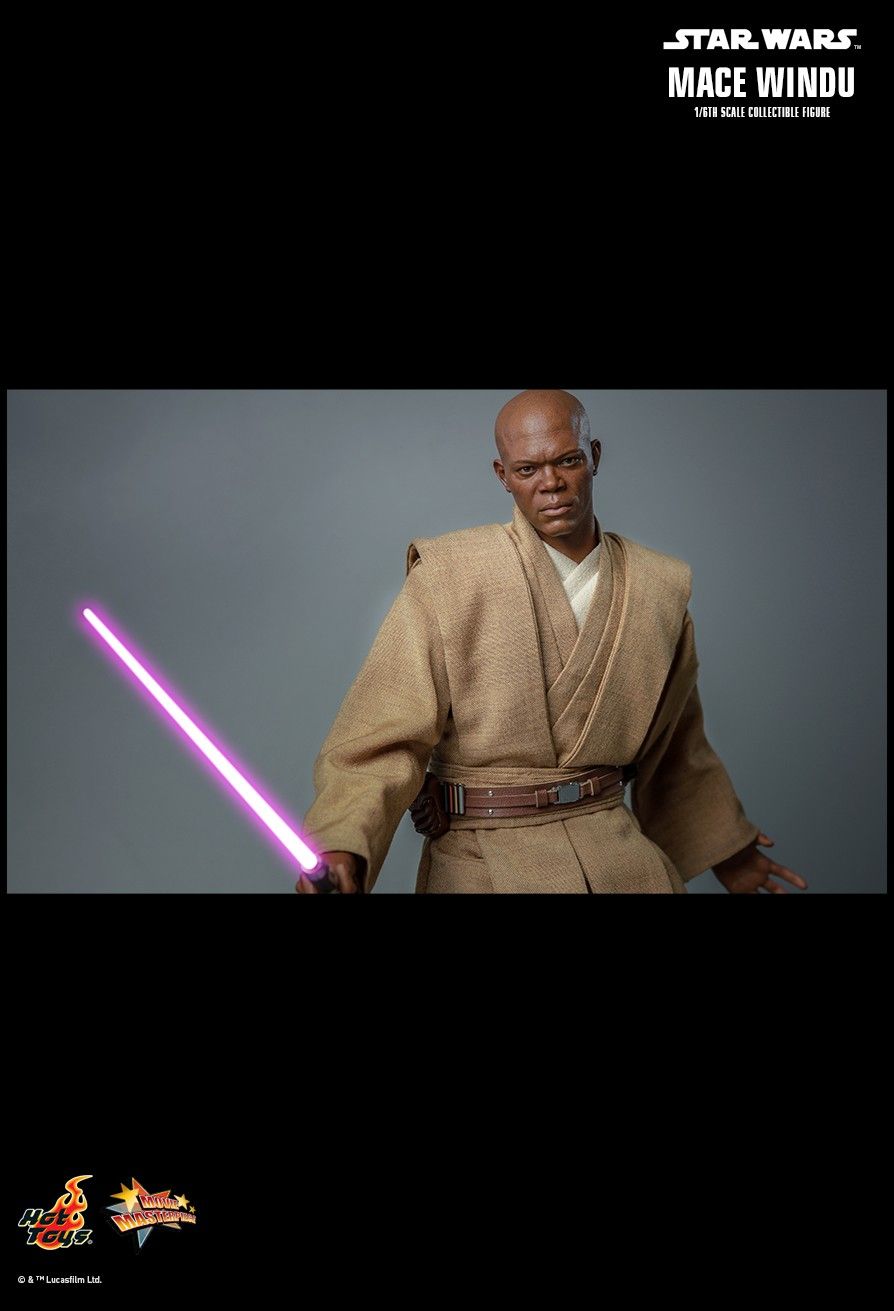 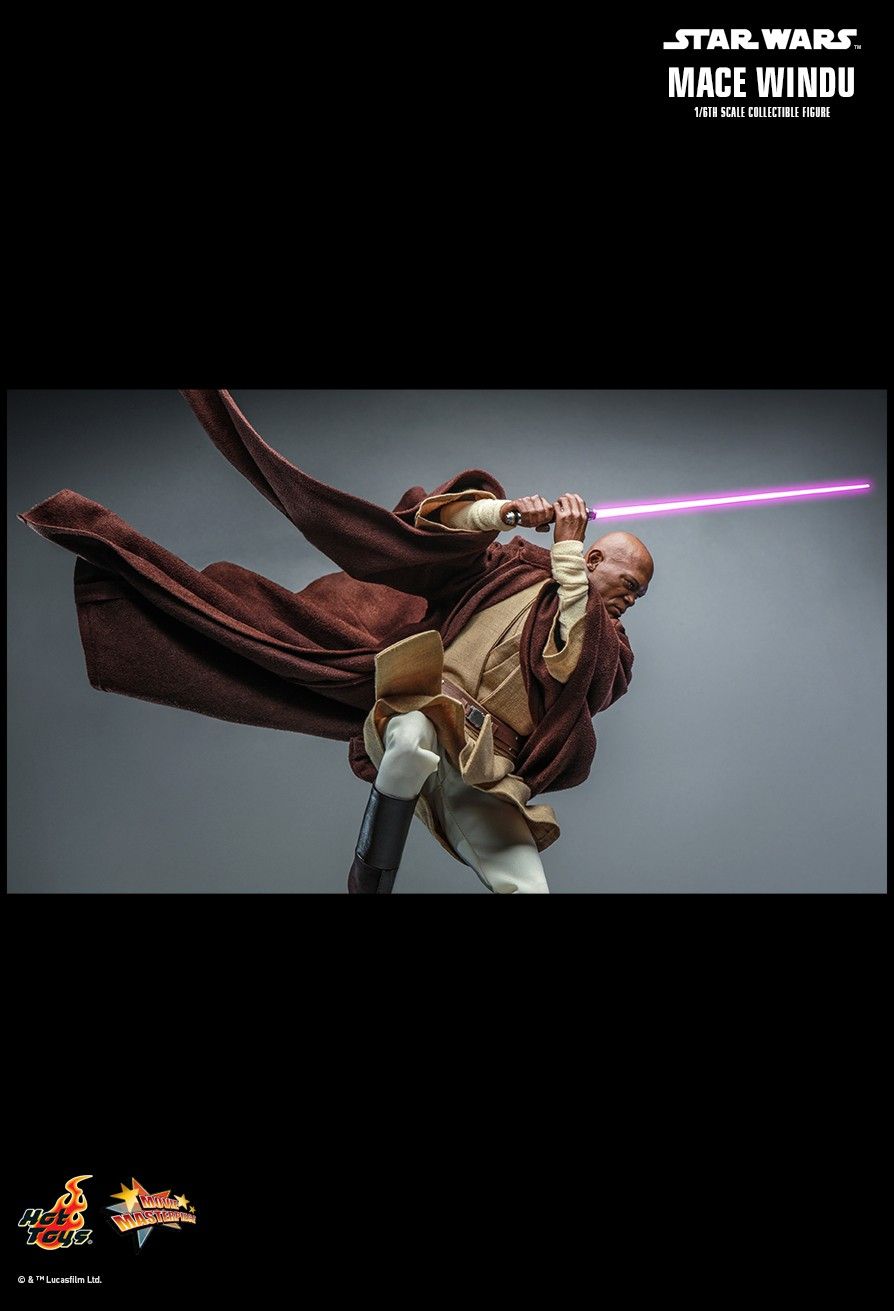 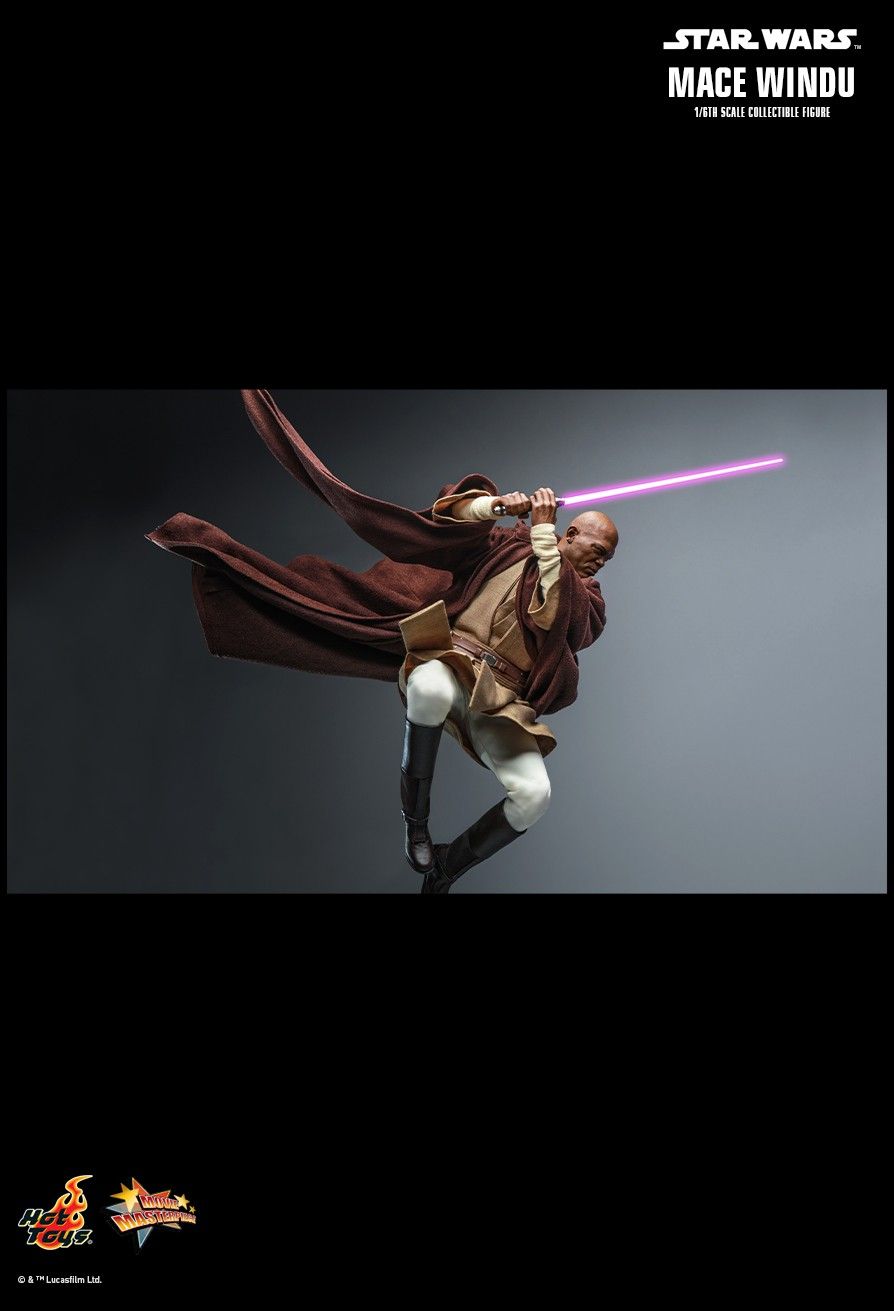 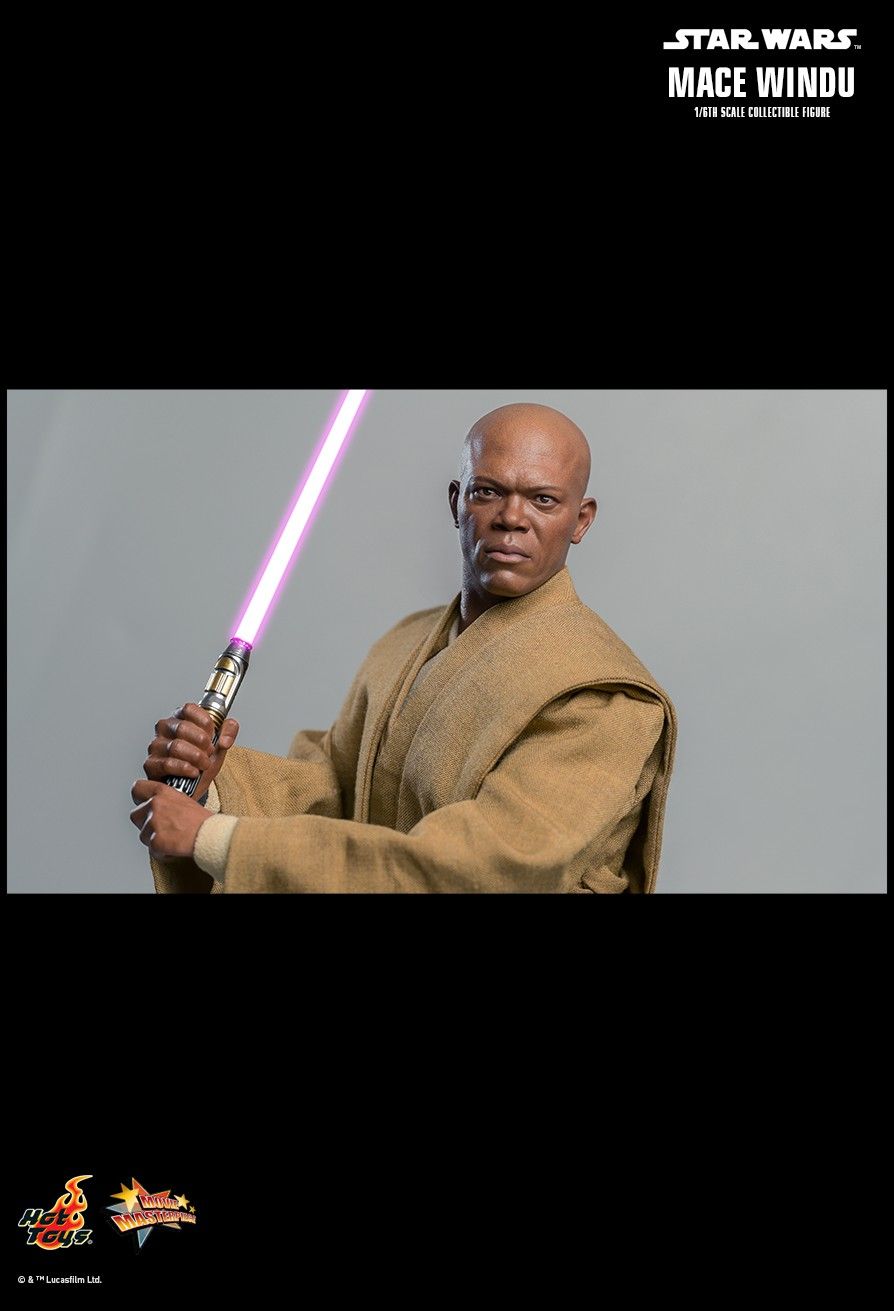 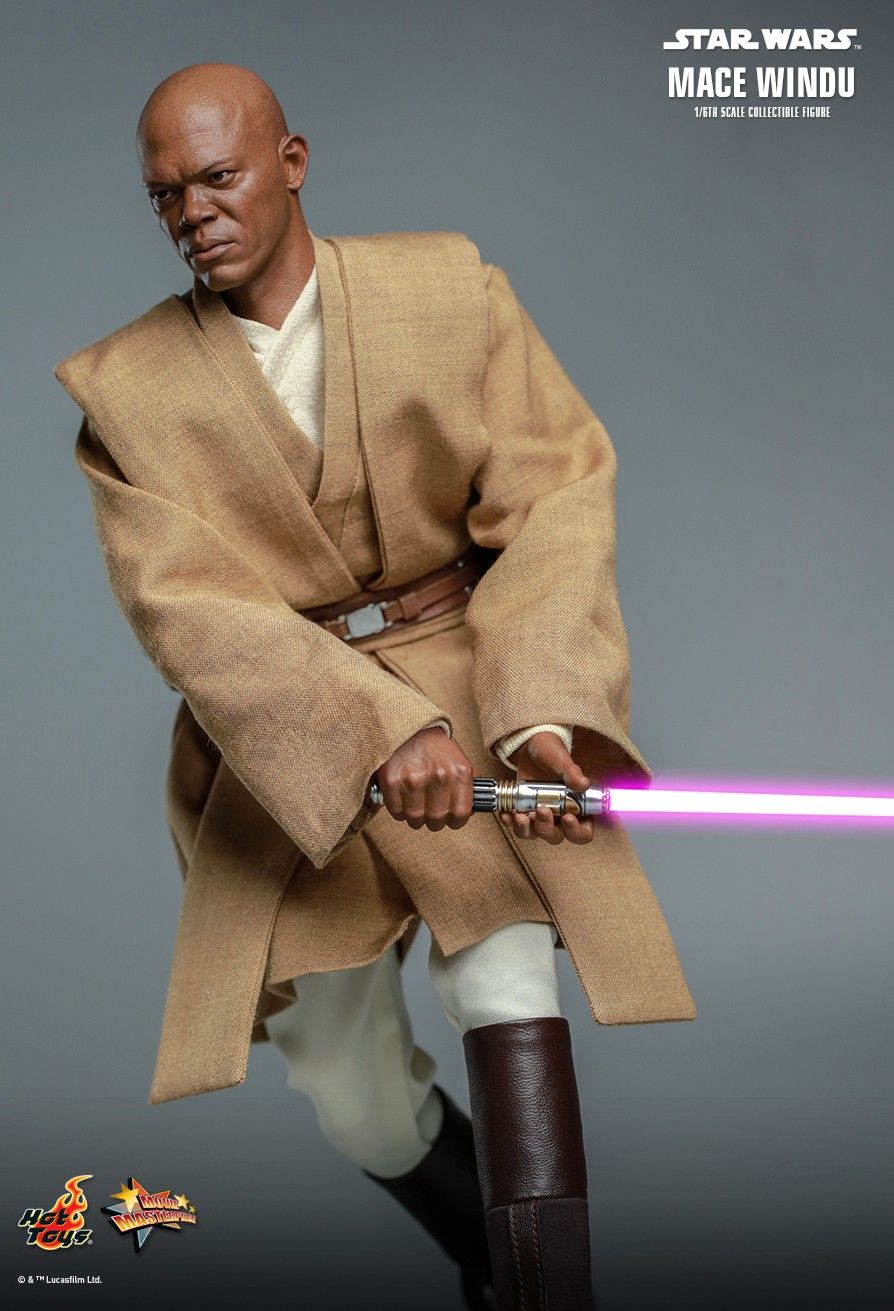 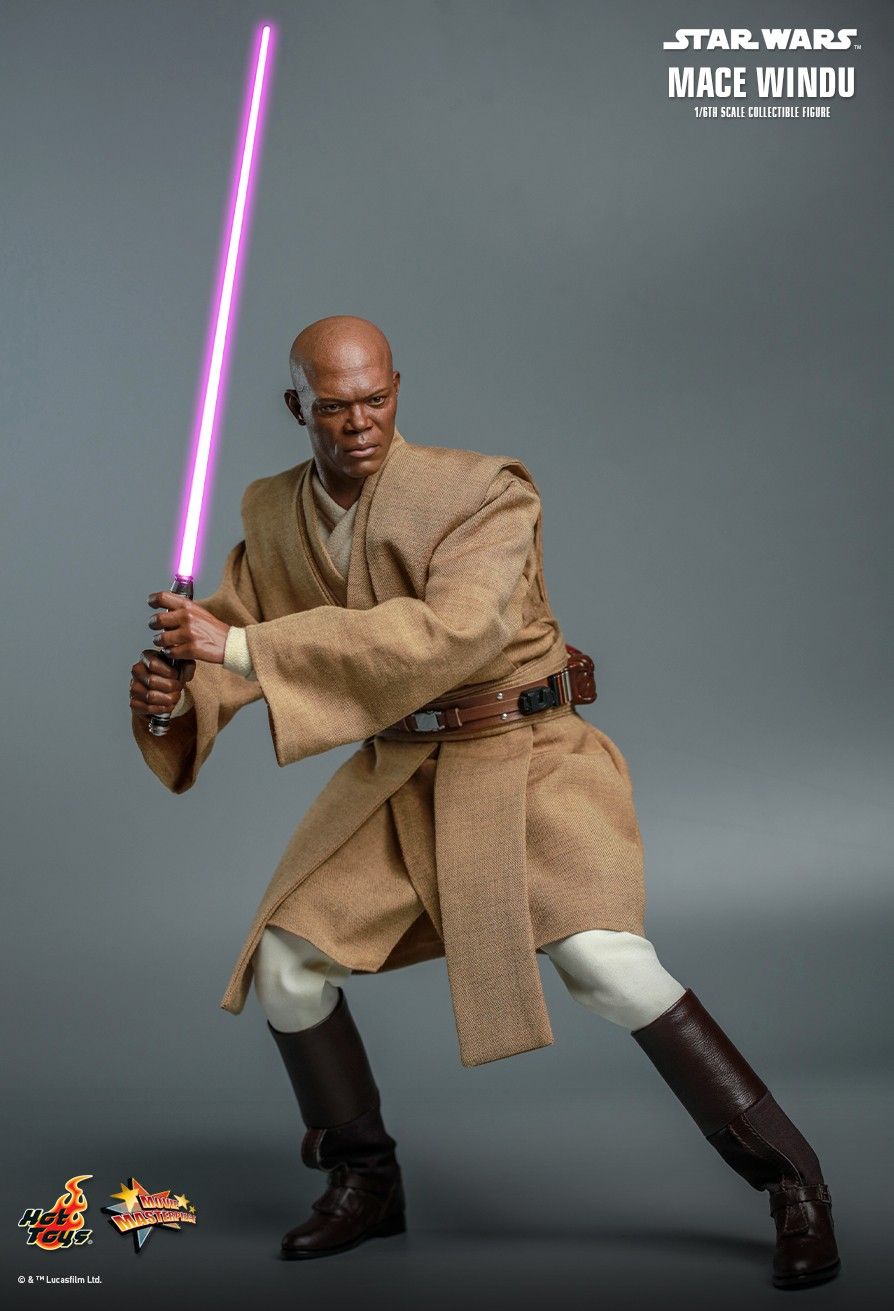 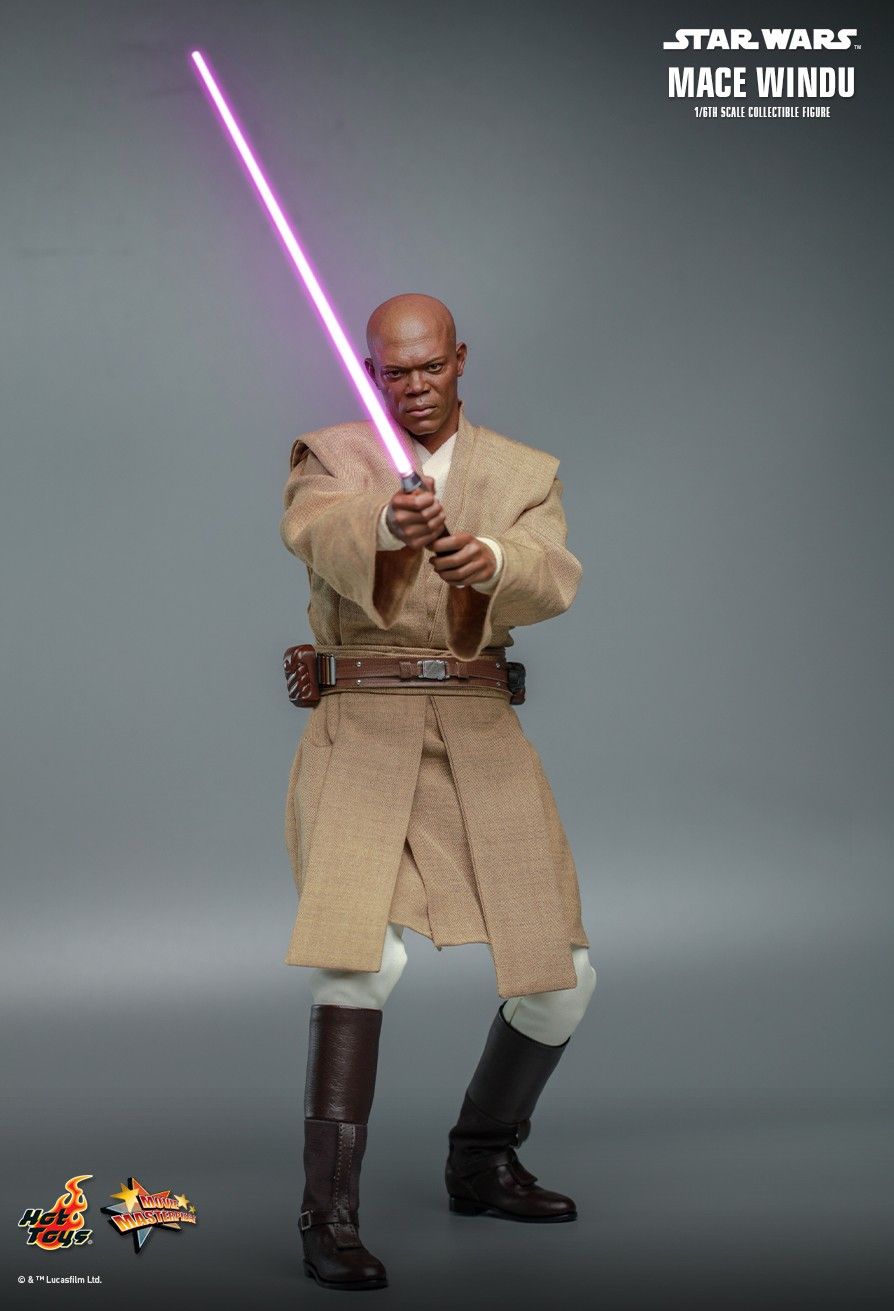 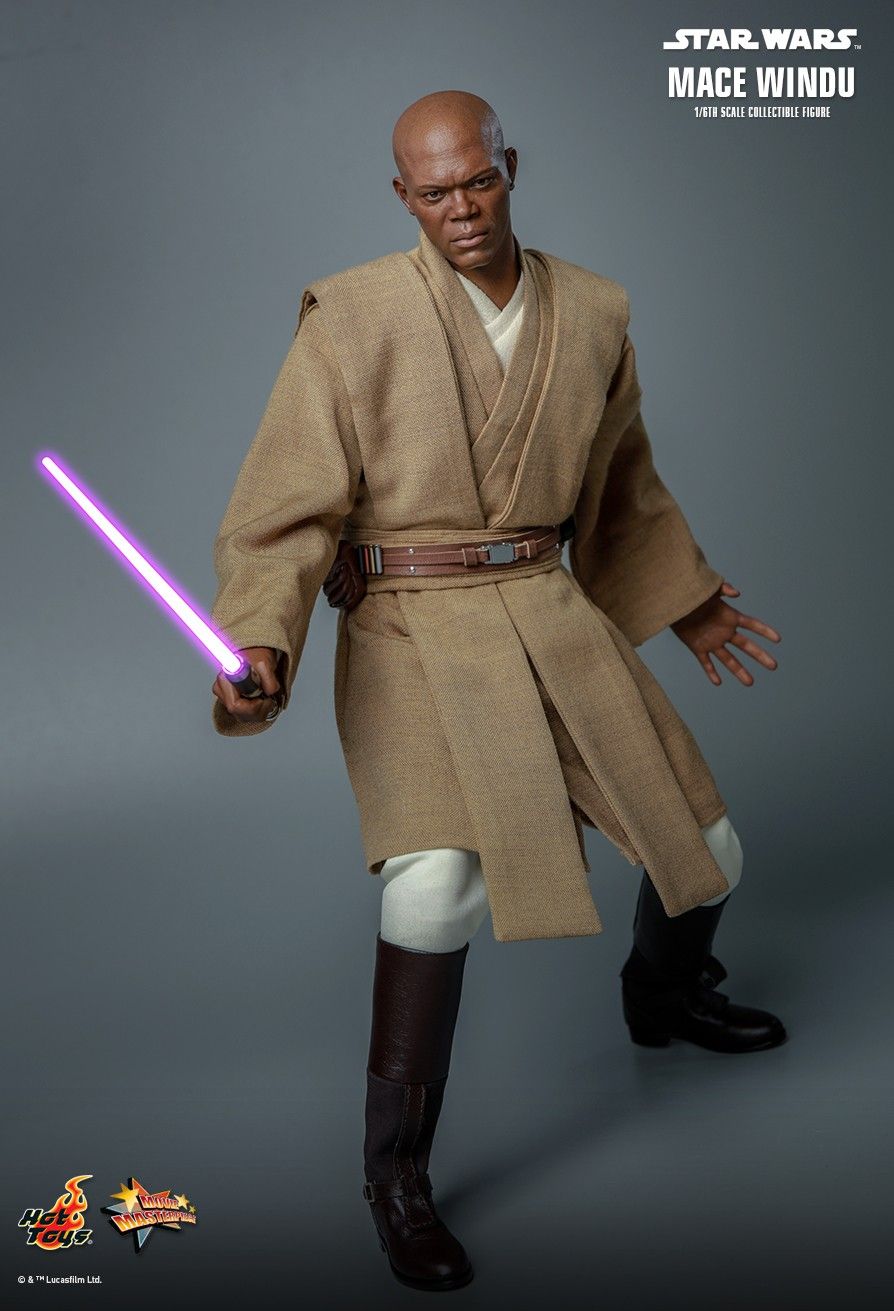 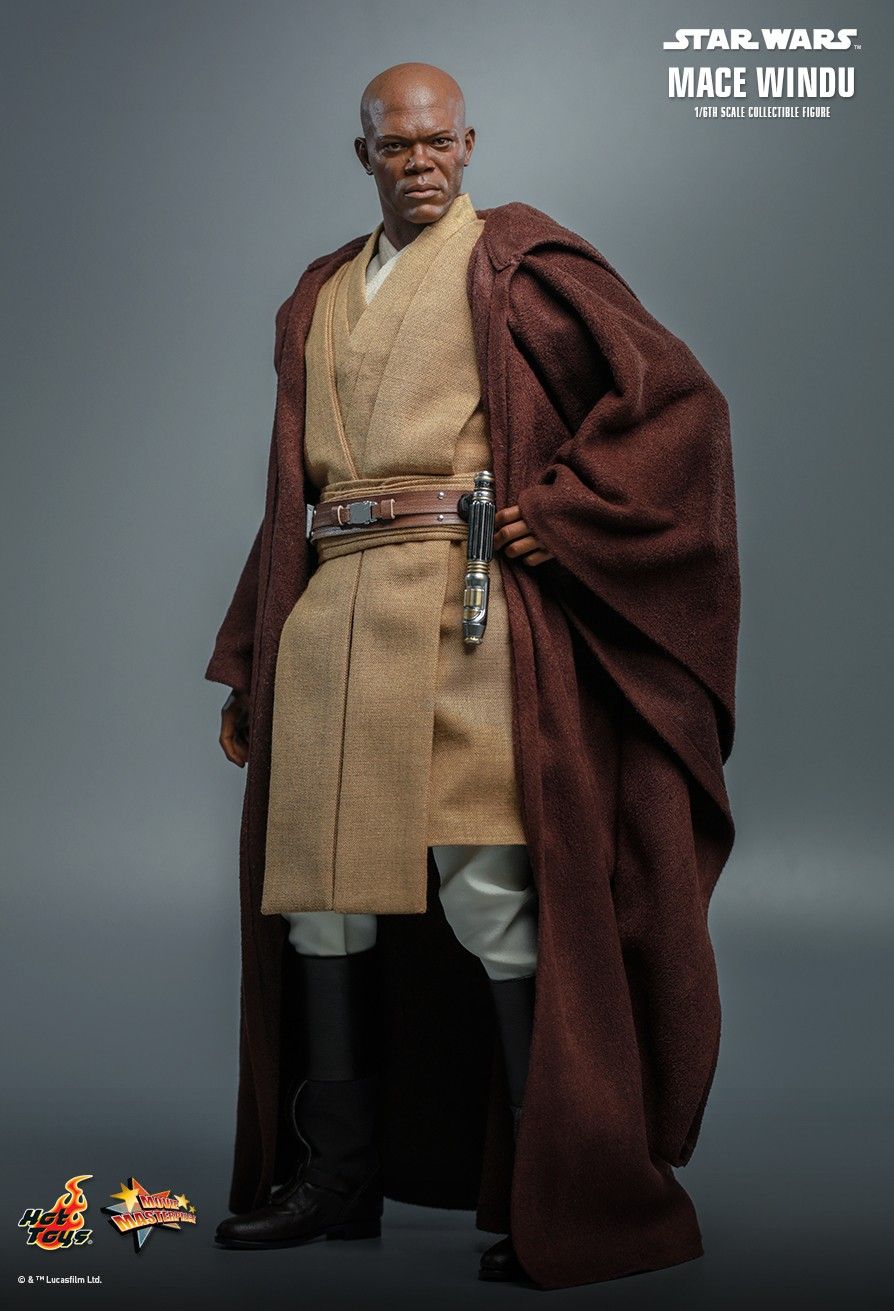 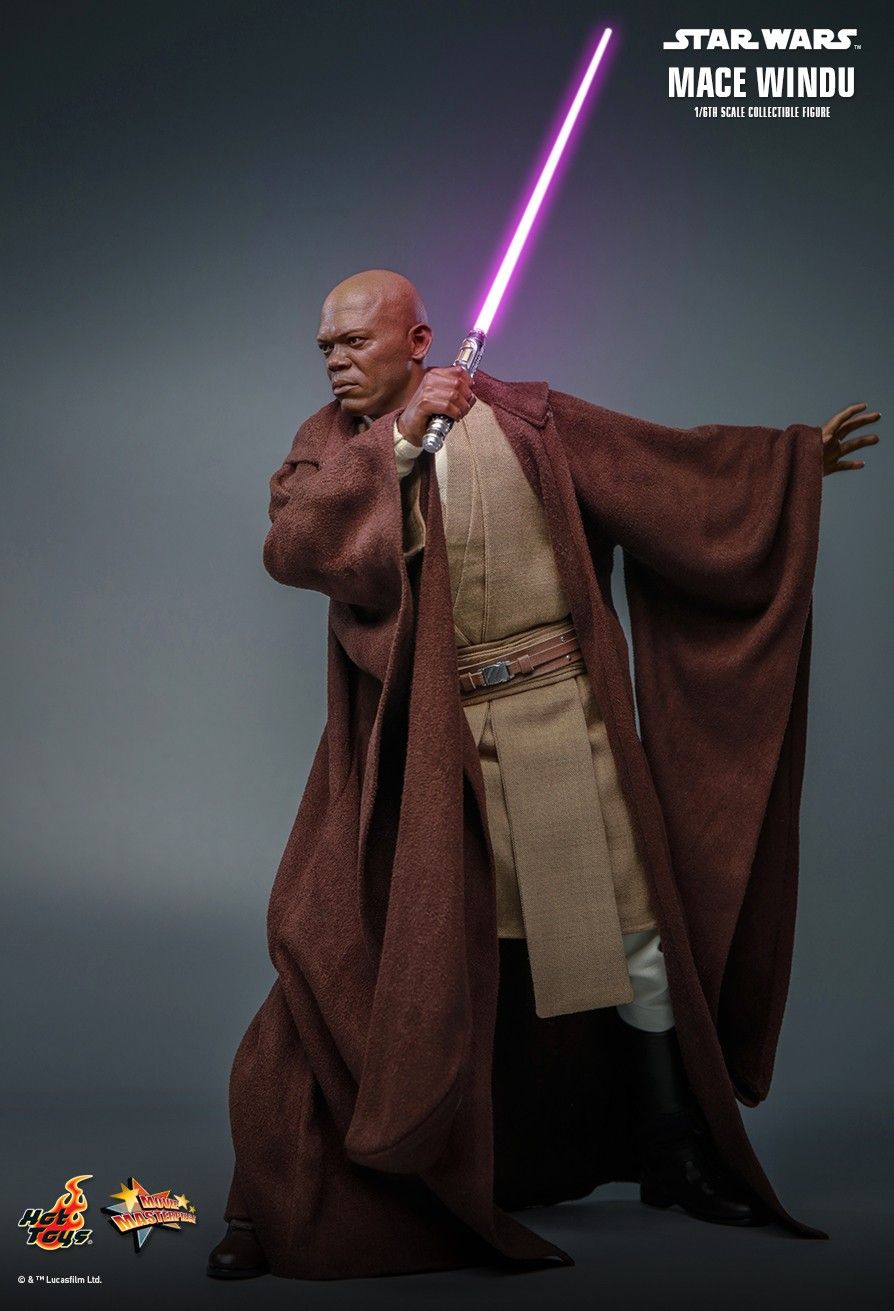 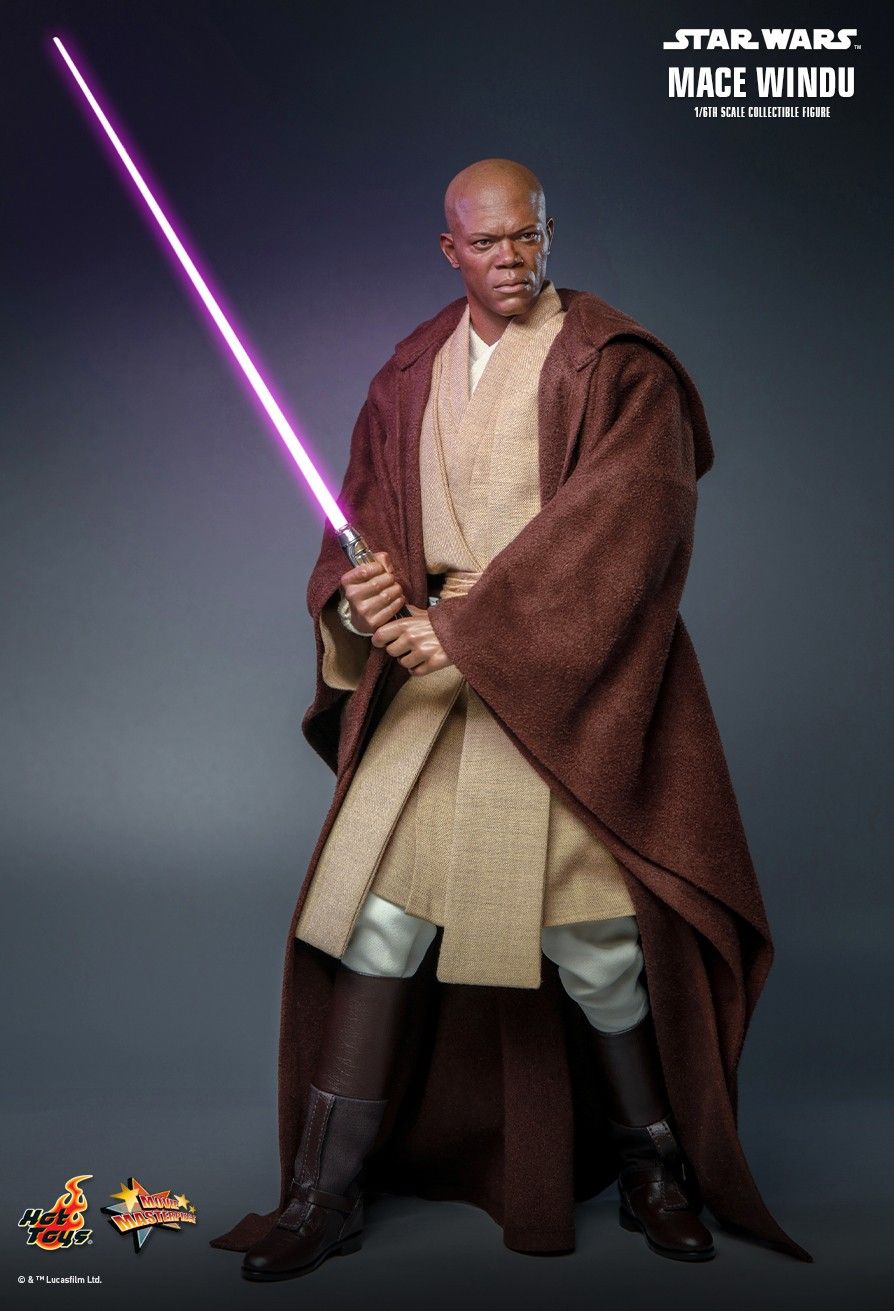 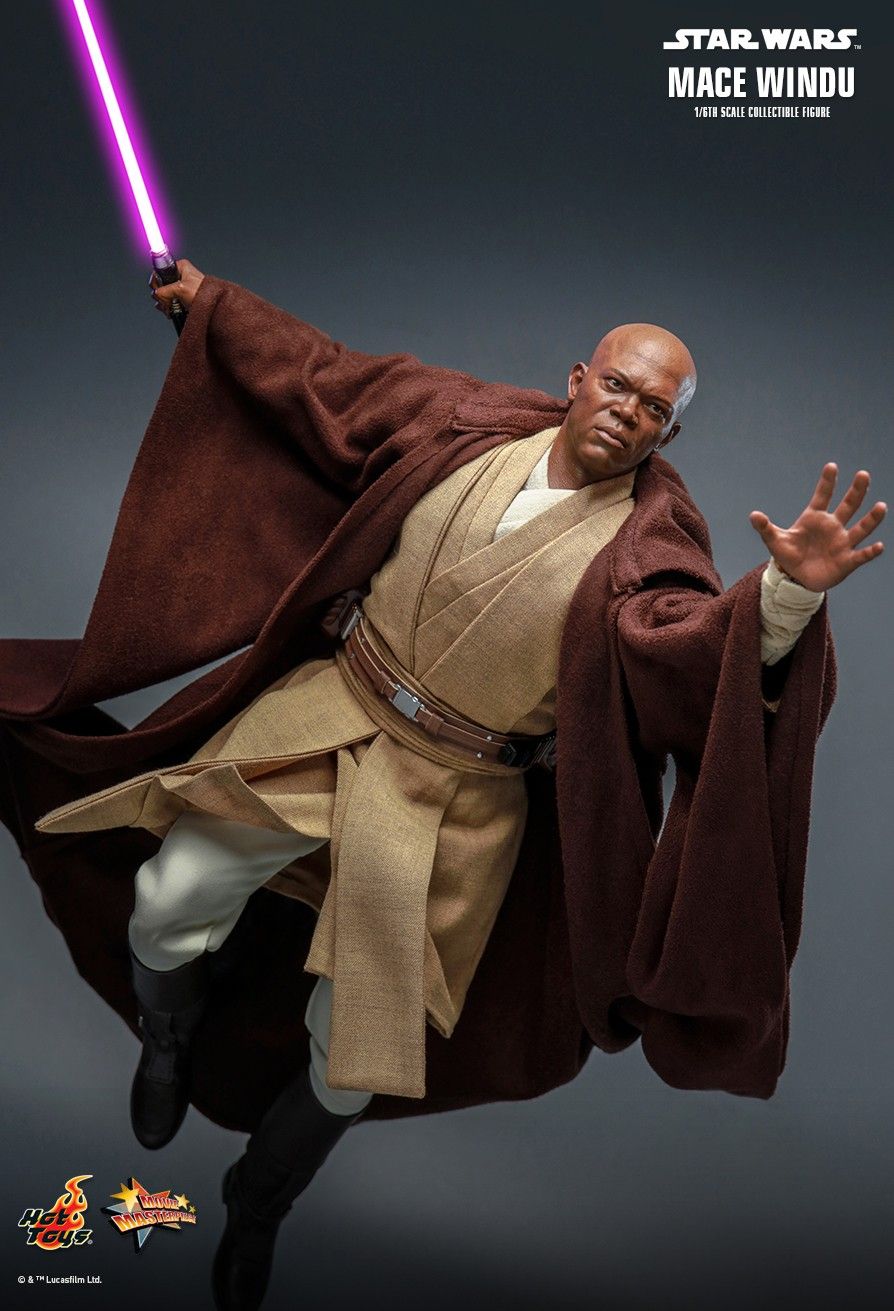 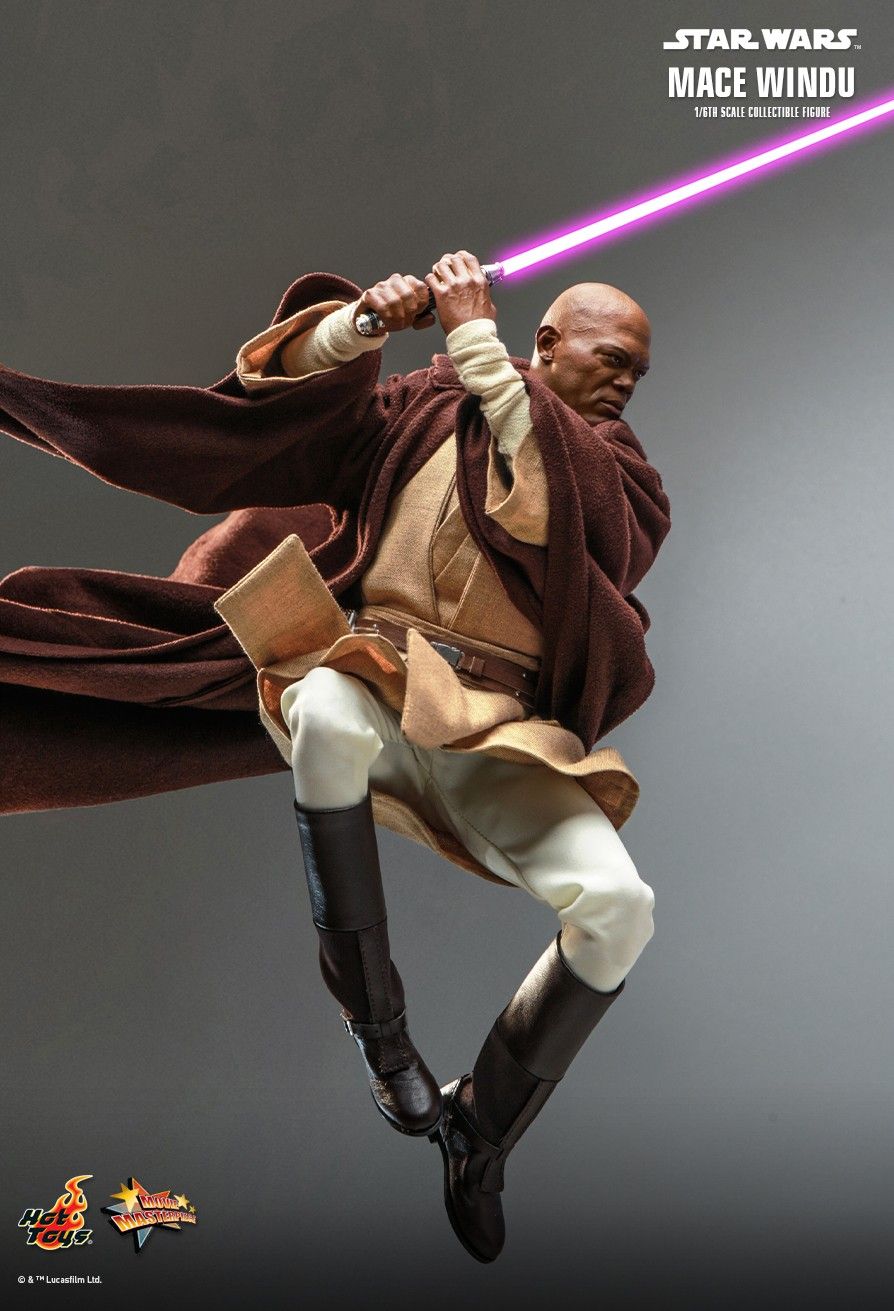 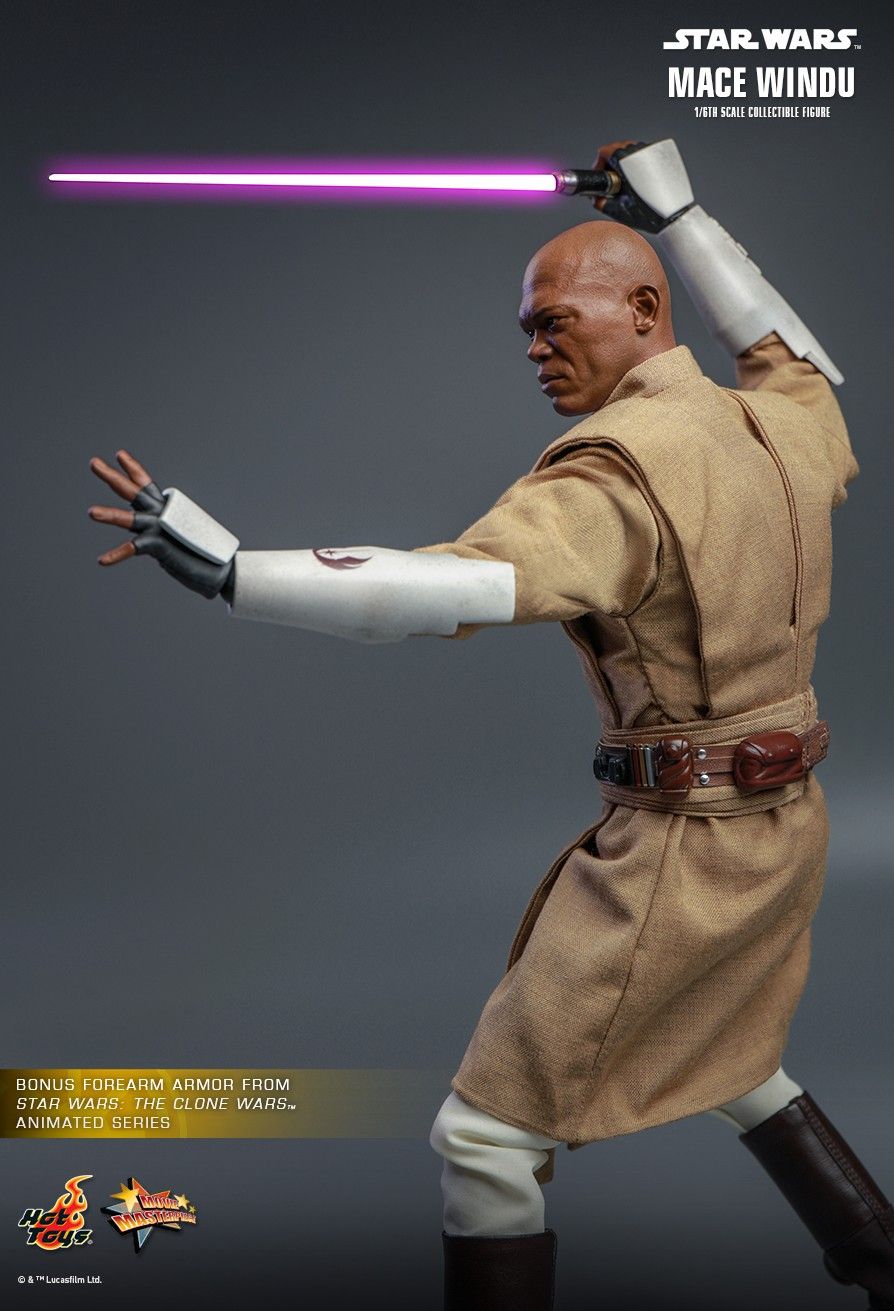 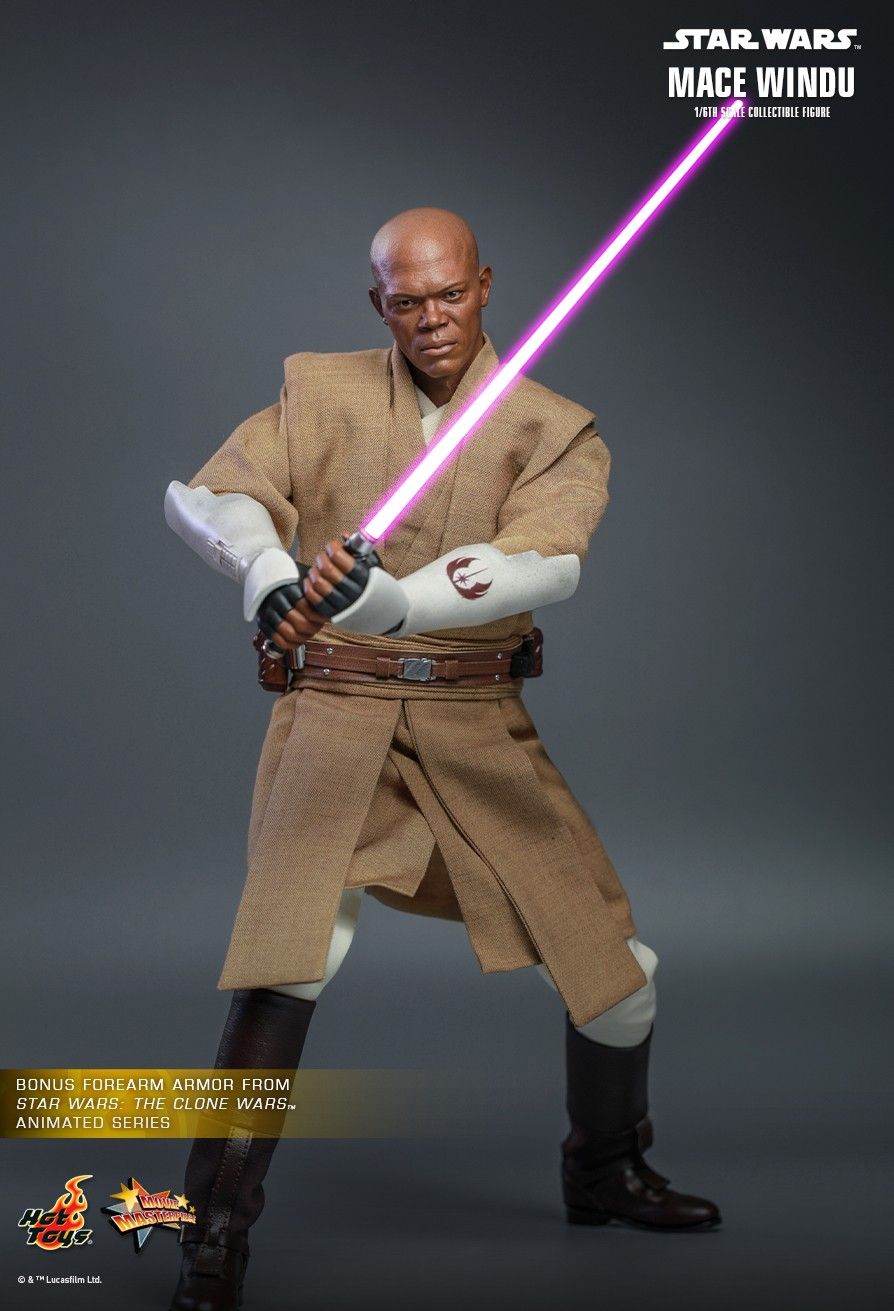 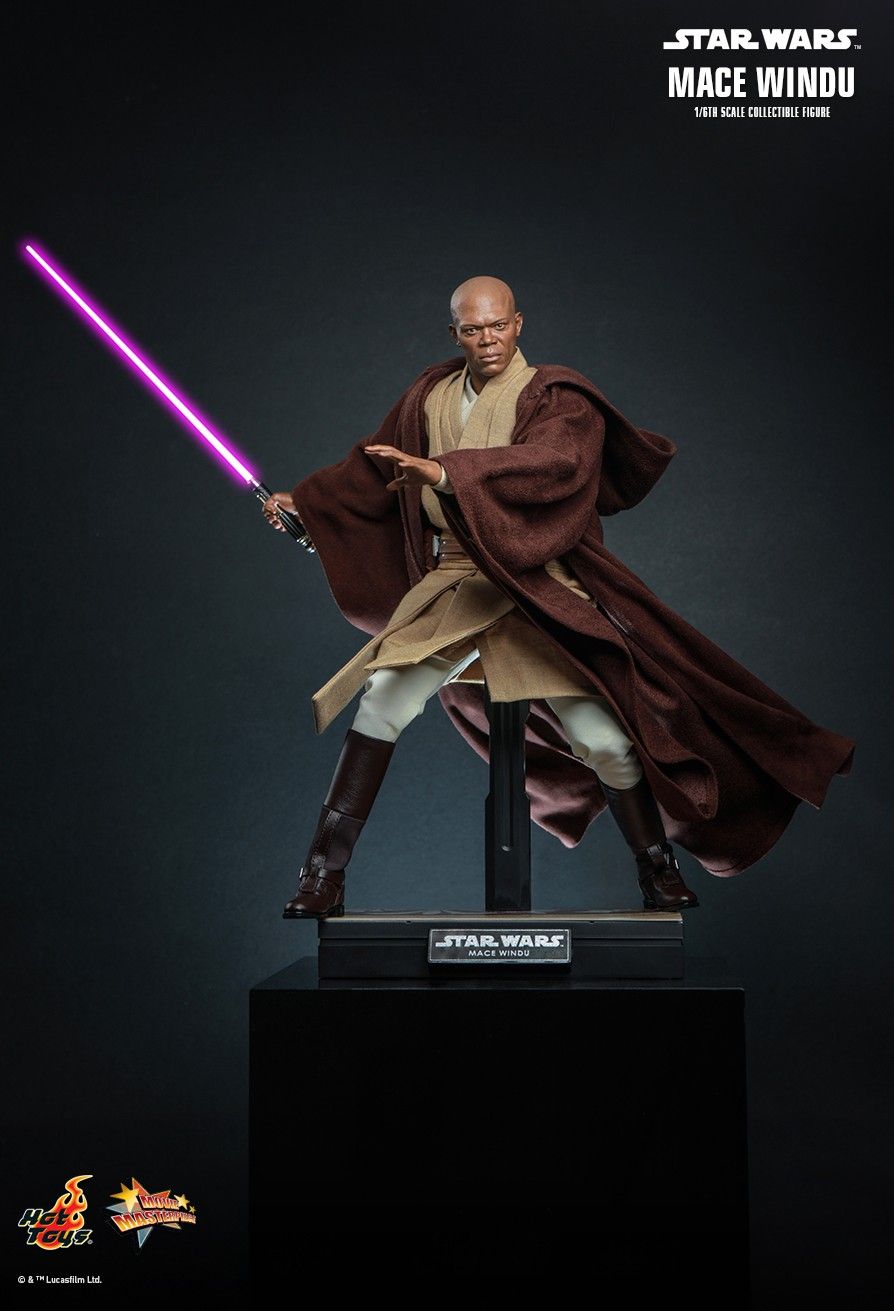 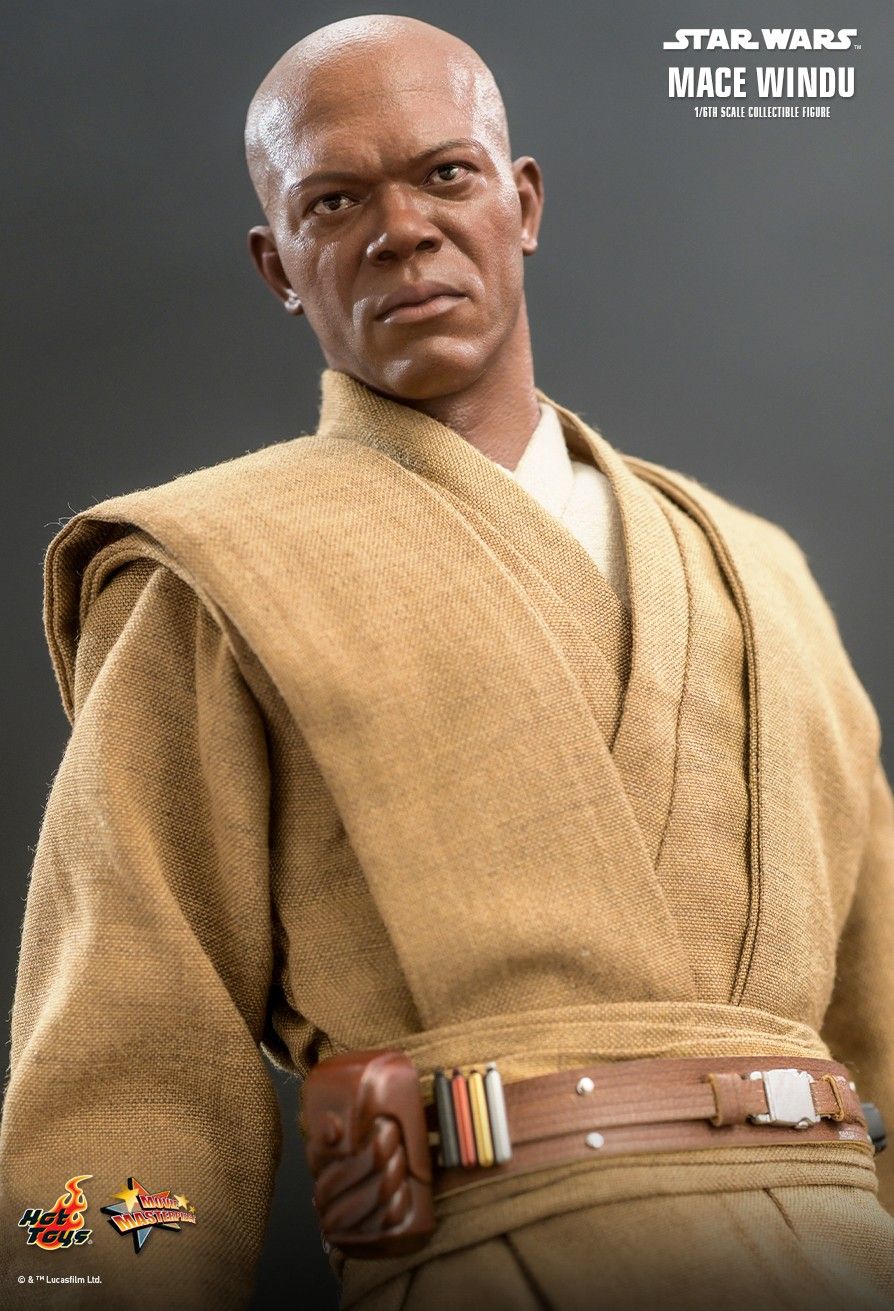 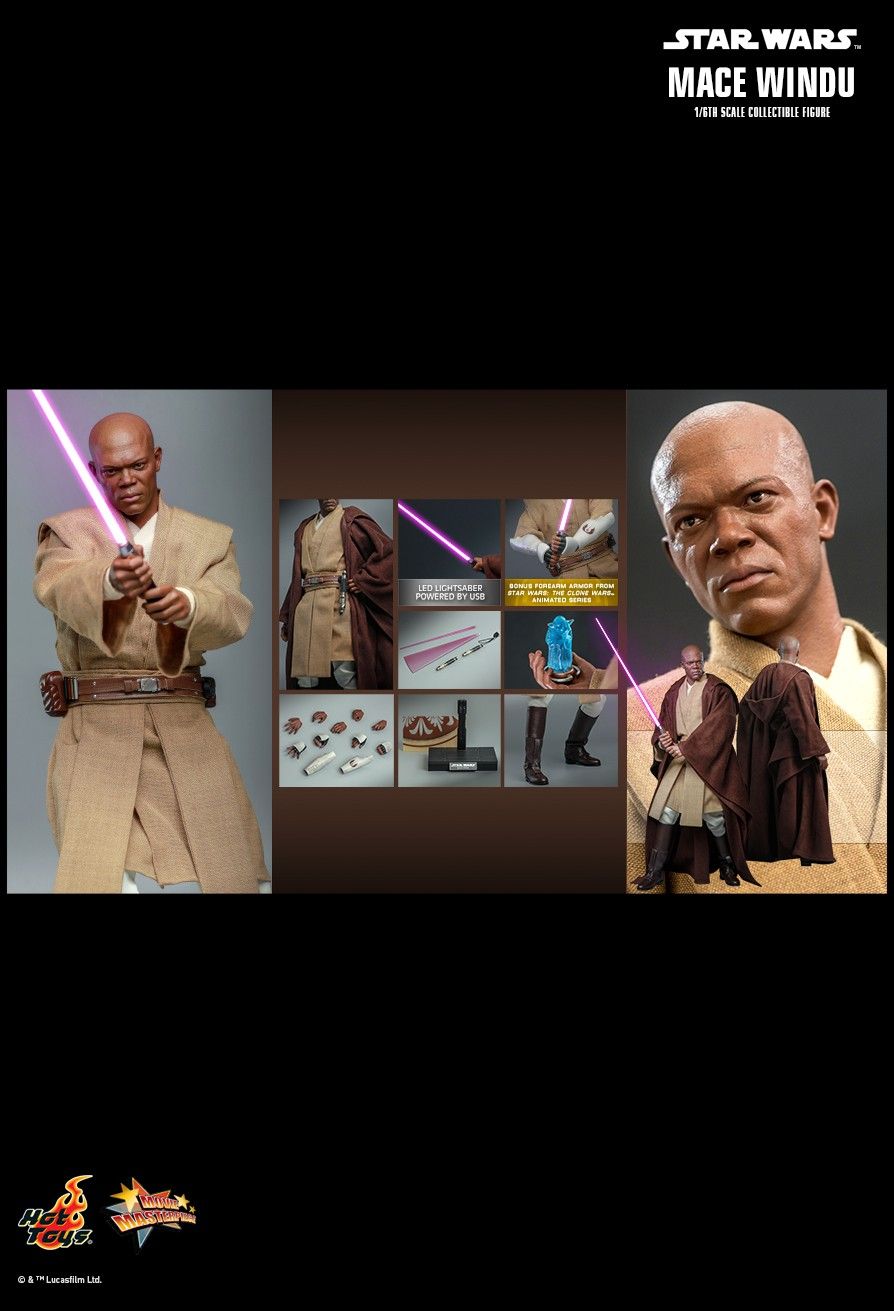 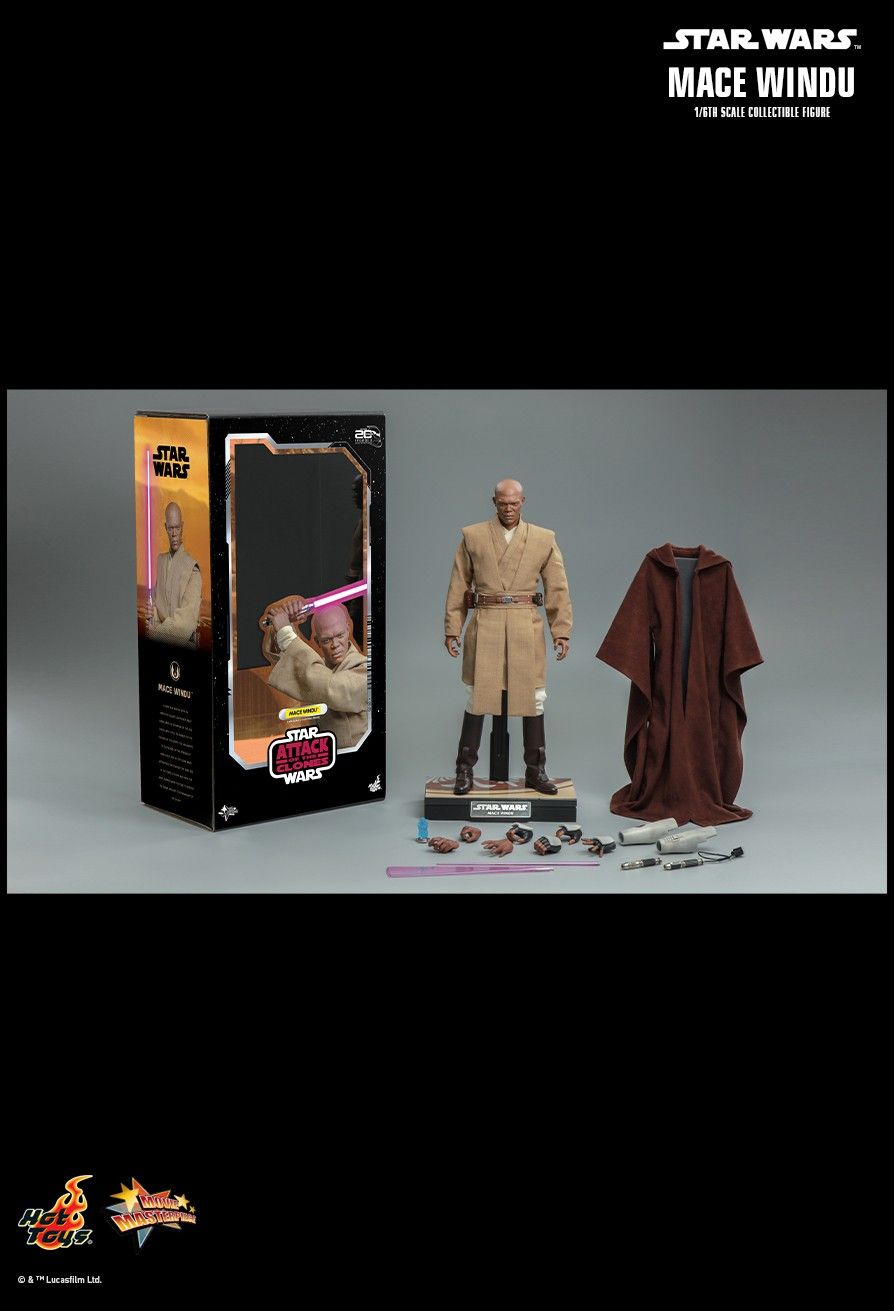 A grim Jedi Master™ with an amethyst-bladed lightsaber, Mace Windu was the champion of the Jedi Order™, with little tolerance for the failings of the Senate, the arguments of politicians, or the opinions of rebellious Jedi. As the Clone Wars intensified, Mace sensed the dark side of the Force at work, and knew the Jedi's enemies were plotting to destroy the Order and end its stewardship of the galaxy.

Meticulously crafted based on the appearance of Mace Windu, this Sixth Scale Star Wars Figure features a newly developed head sculpt. This collectible figure also features a finely tailored Jedi robe and tunic, a LED light-up lightsaber, a holocaster with a hologram of Yoda™, a display base, and a bonus pair of forearm armor inspired by Mace Windu’s appearance in the Star Wars: The Clone Wars™ animated series!

This Mace Windu collectible will surely be a stand out in your  Star Wars collectibles display!