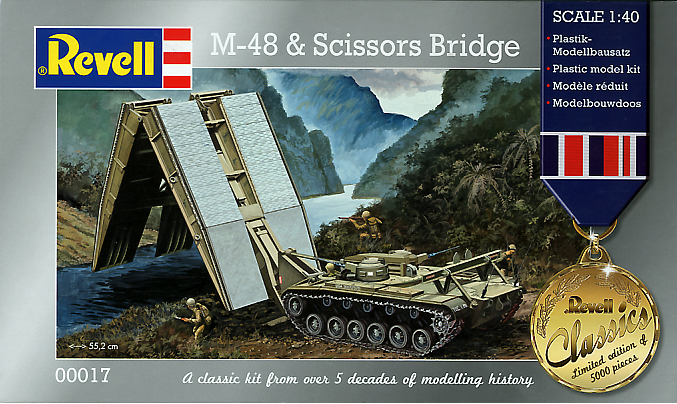 For many decades the M48 bridge-laying tank was the standard bridge-layer of the US Army engineers and was also used by many NATO partners. The first troop trials (M46) with a shorter bridge began in 1958. Later it was decided to use the chassis of the M48 with a 20 m long scissors bridge. This combination proved extremely successful, not least due to its great ease of operation and low-maintenance bridge hydraulics. The fuel consumption of the vehicle was nothing short of phenomenal, with a cross-country petrol consumption of 500-700 litres per 100 km. The scissors bridge which was just 20 m long was laid and retracted by 4 hydraulic cylinders. One after the other the raising, laying and folding cylinders were activated. After the bridge was laid the two hydraulic connections were automatically separated by reverse motion. In the US Army 2 were allocated to each tank battalion.