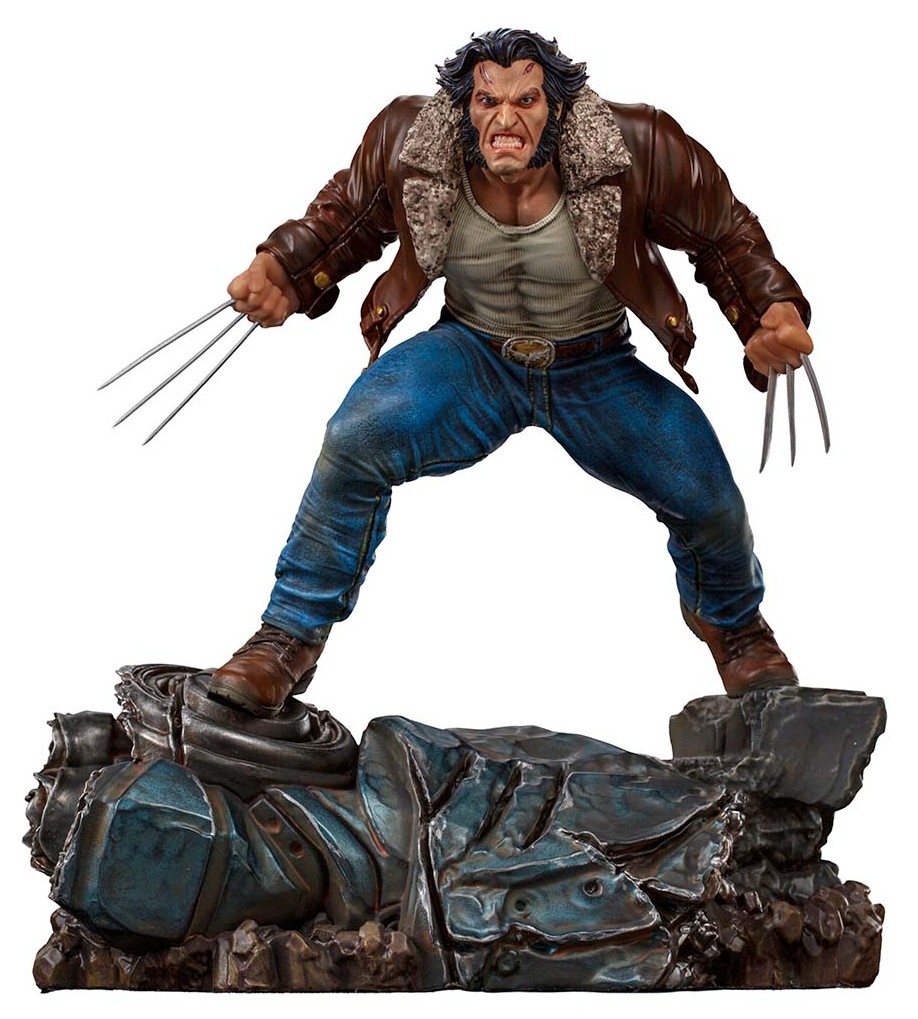 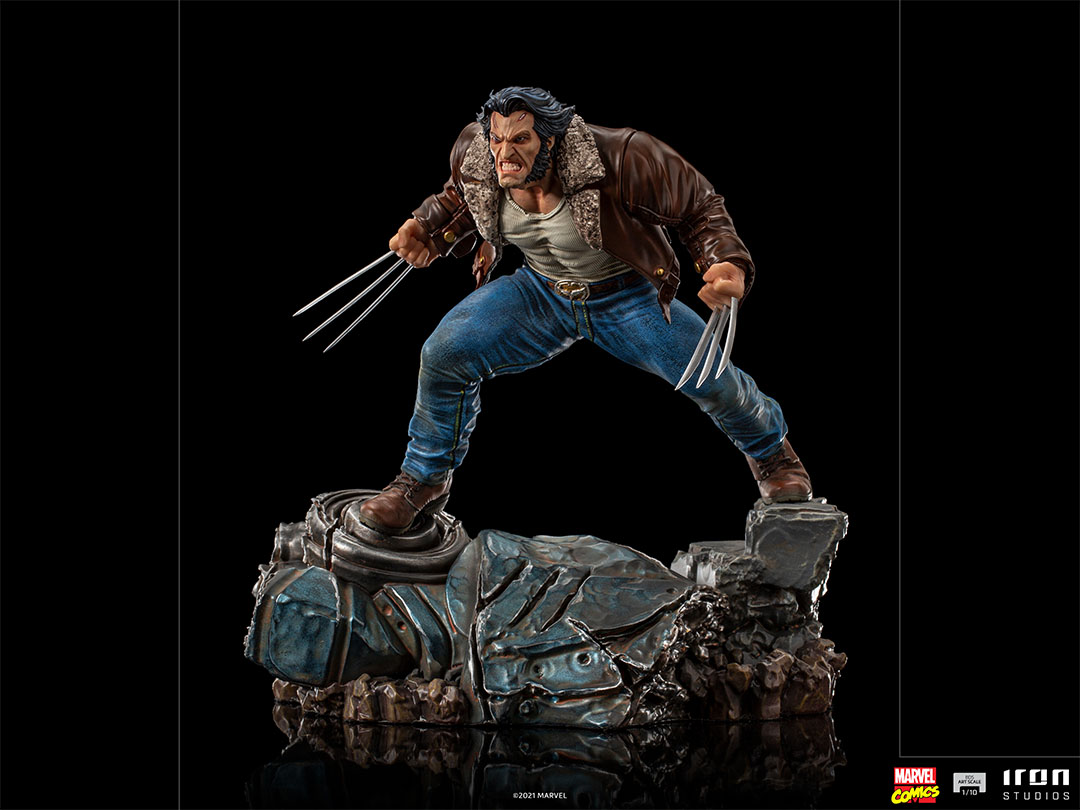 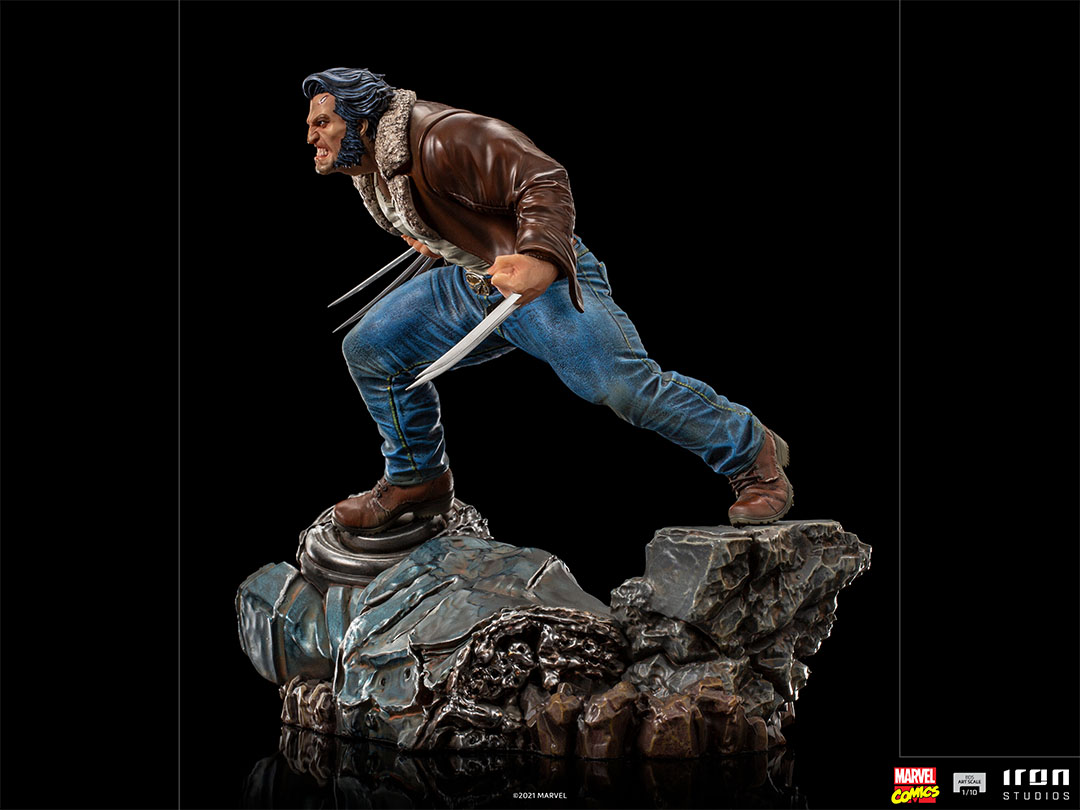 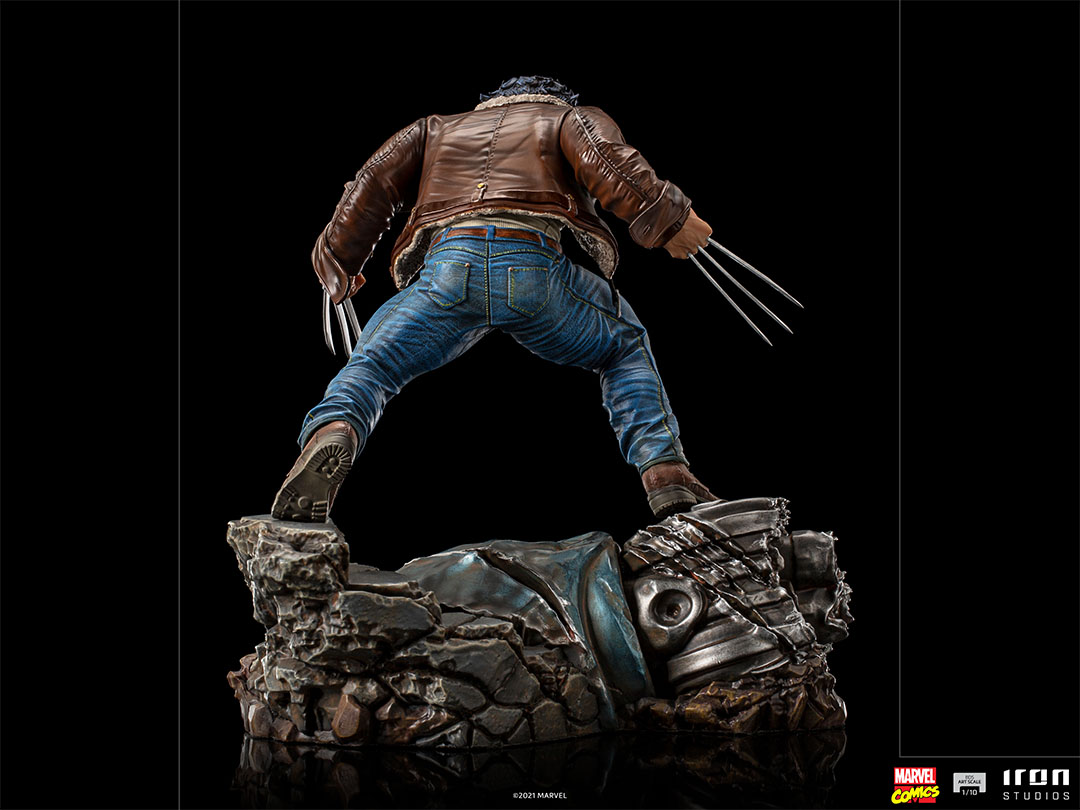 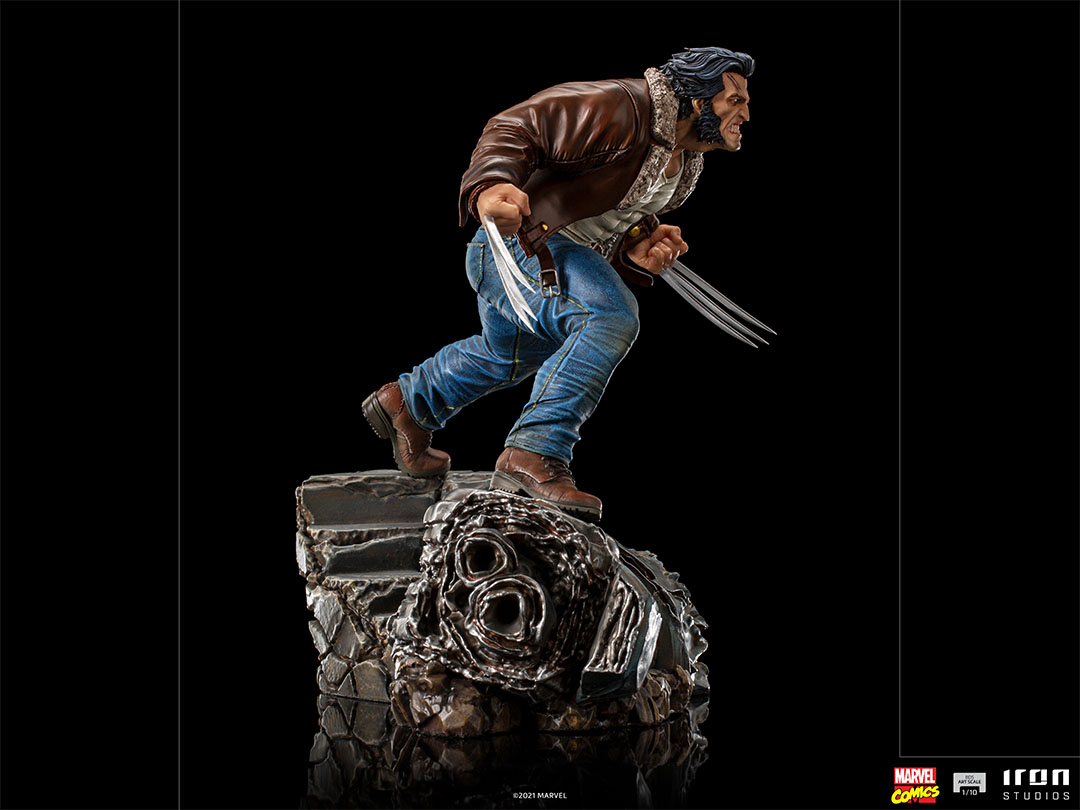 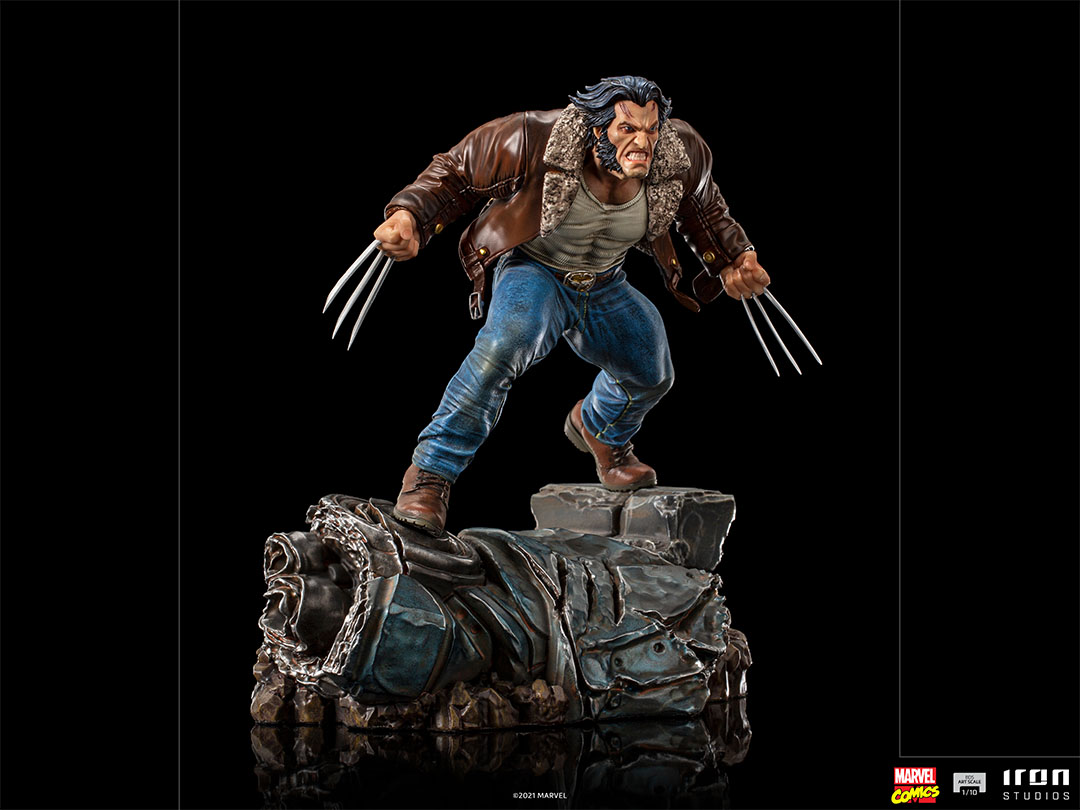 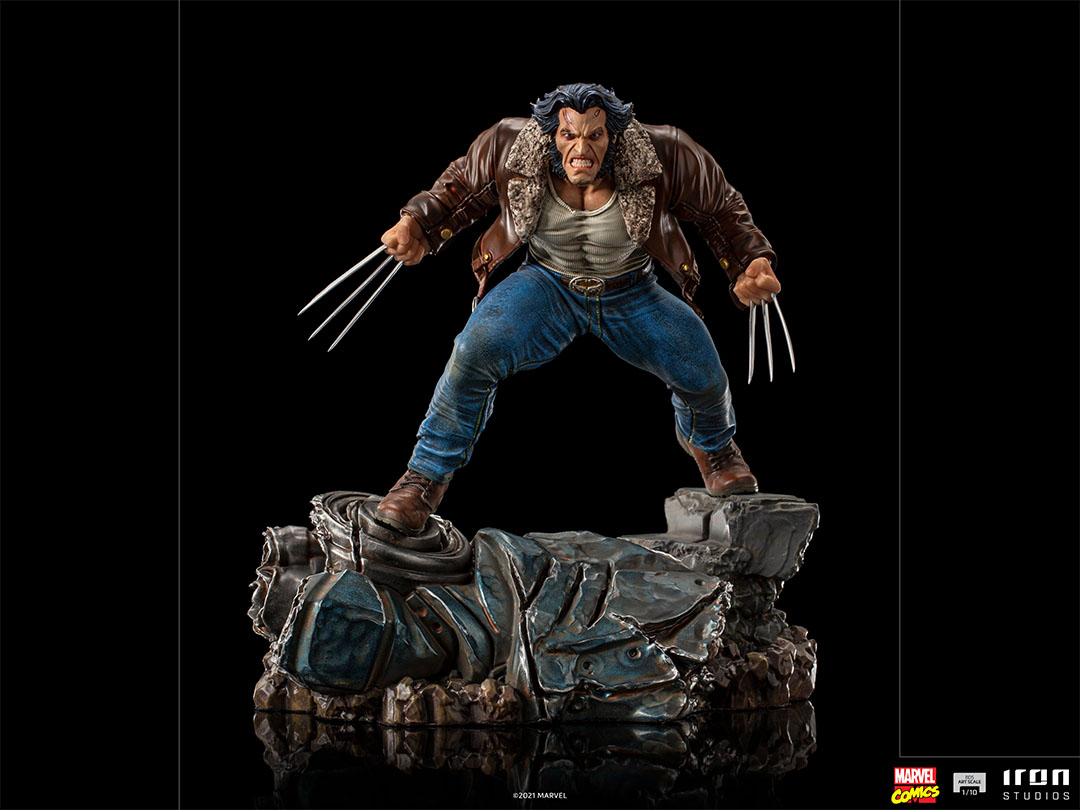 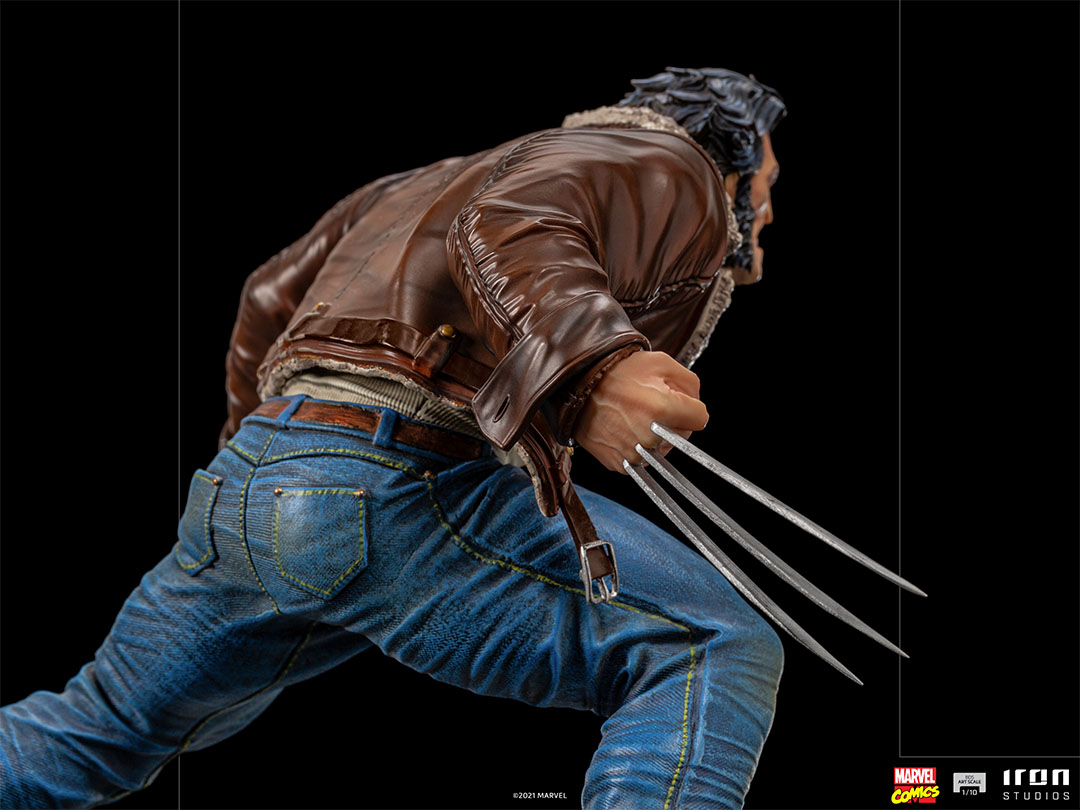 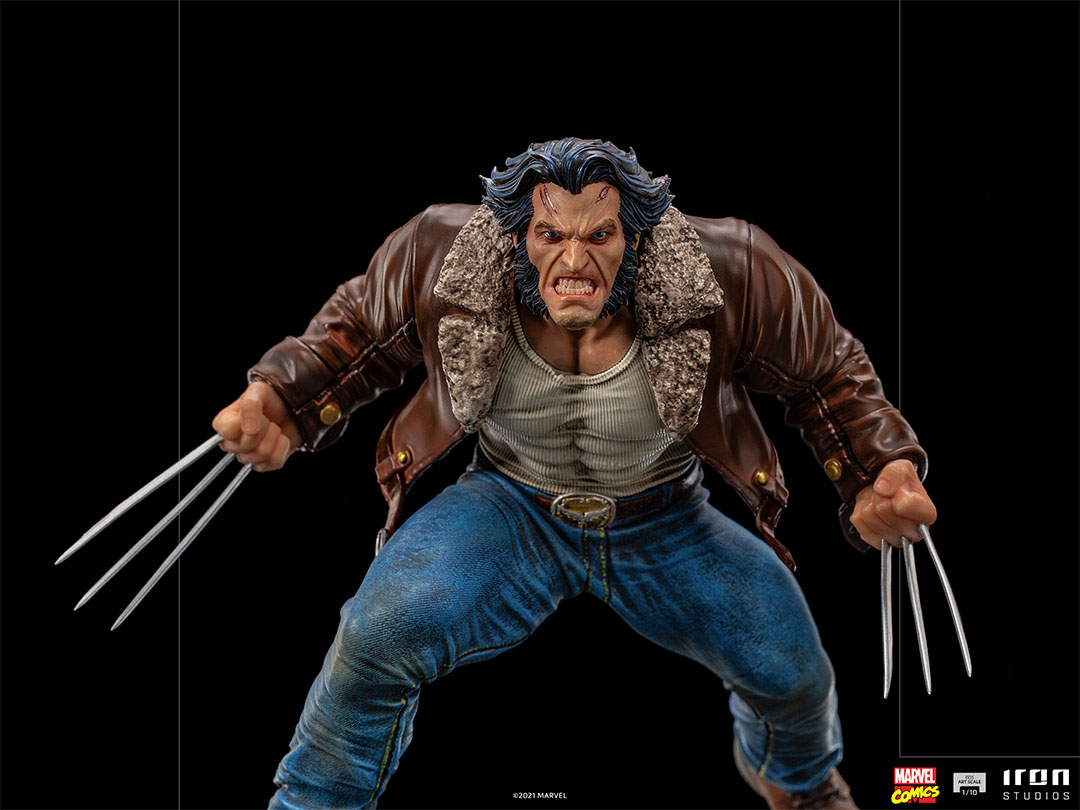 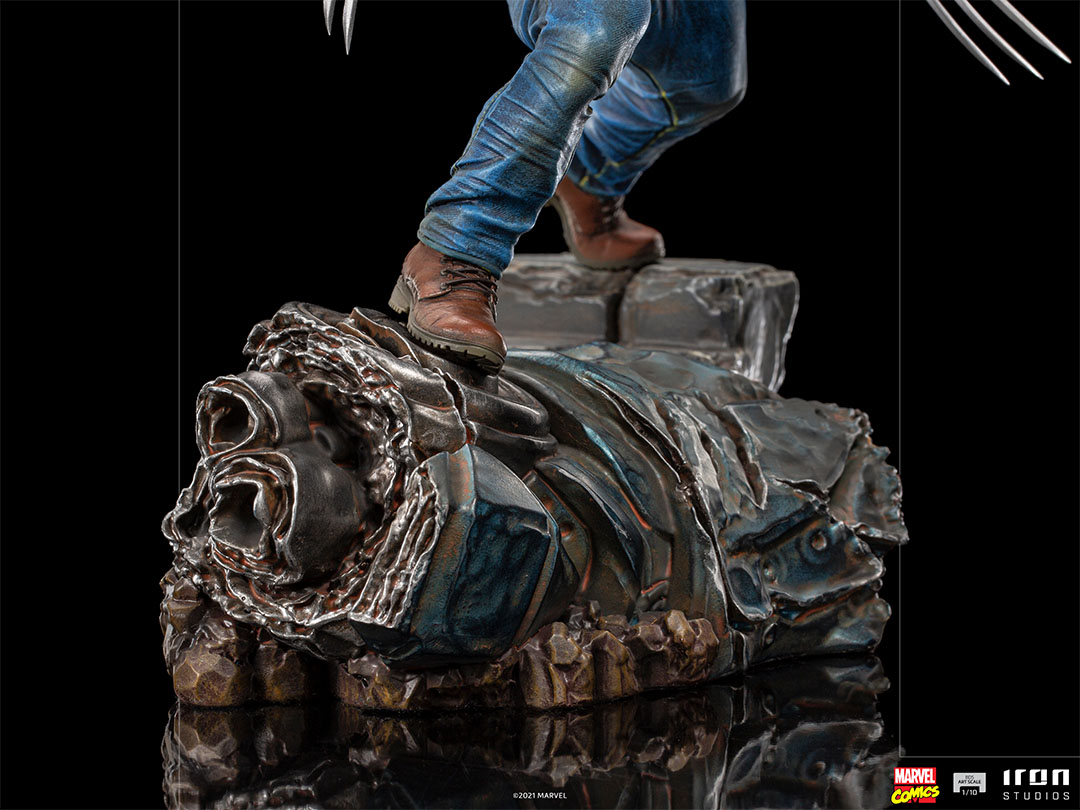 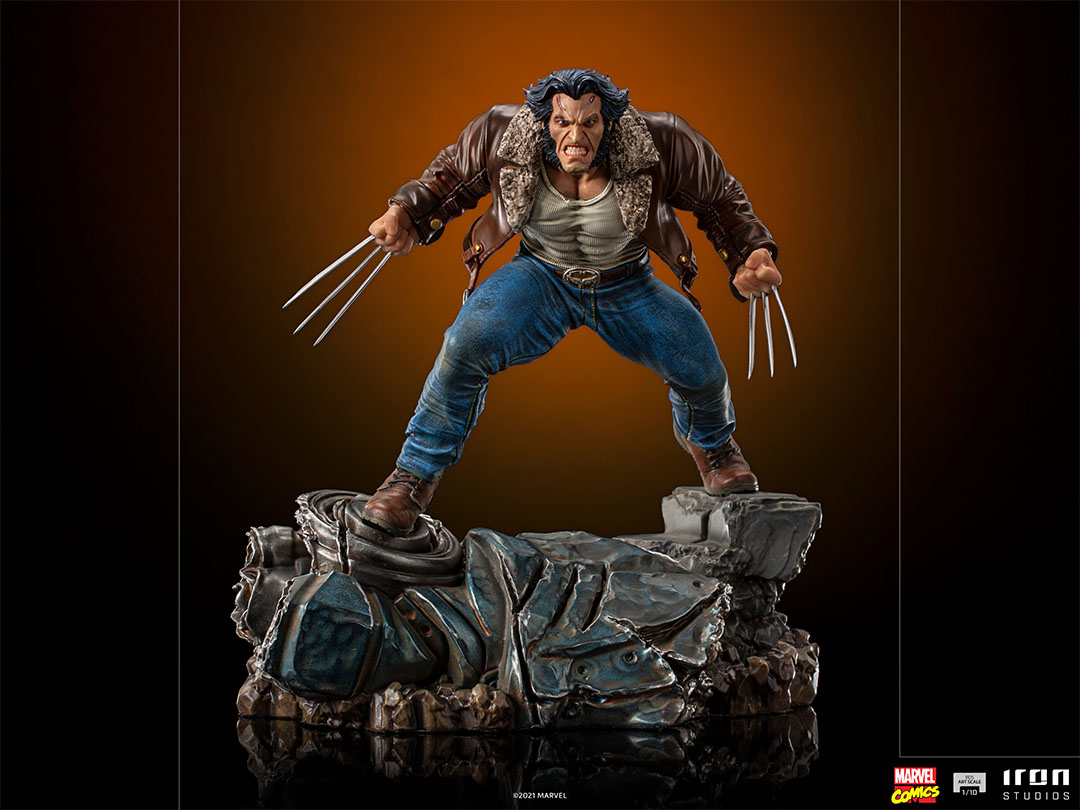 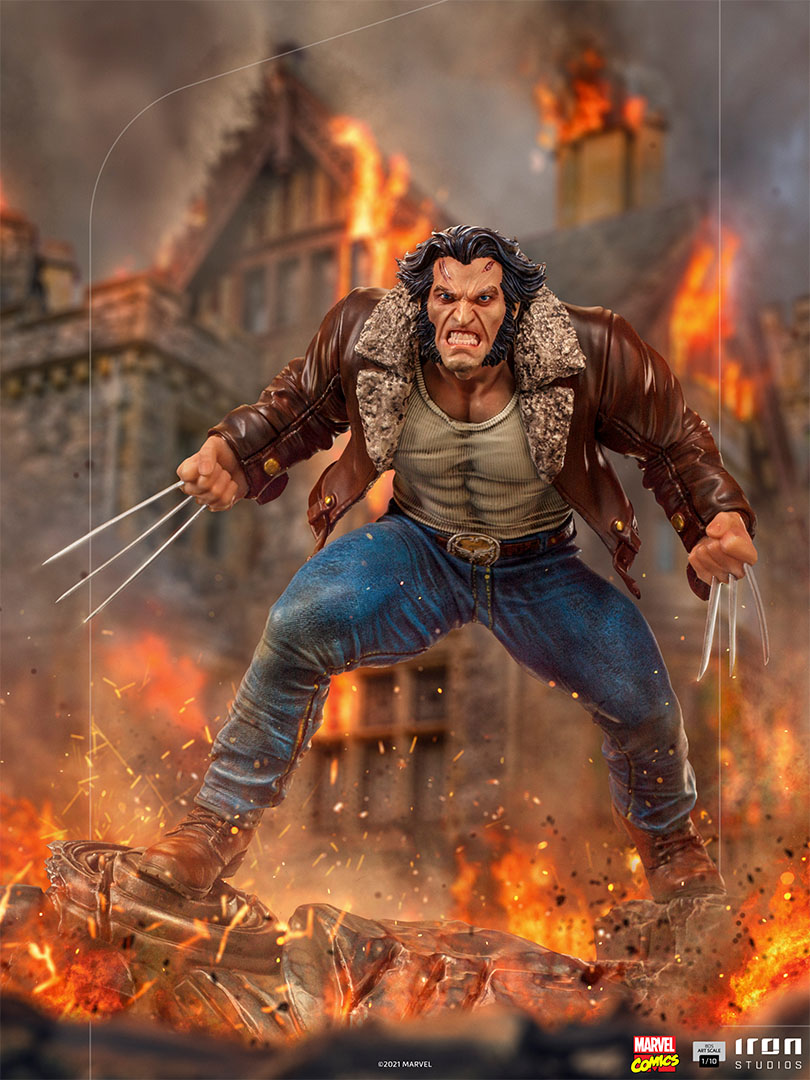 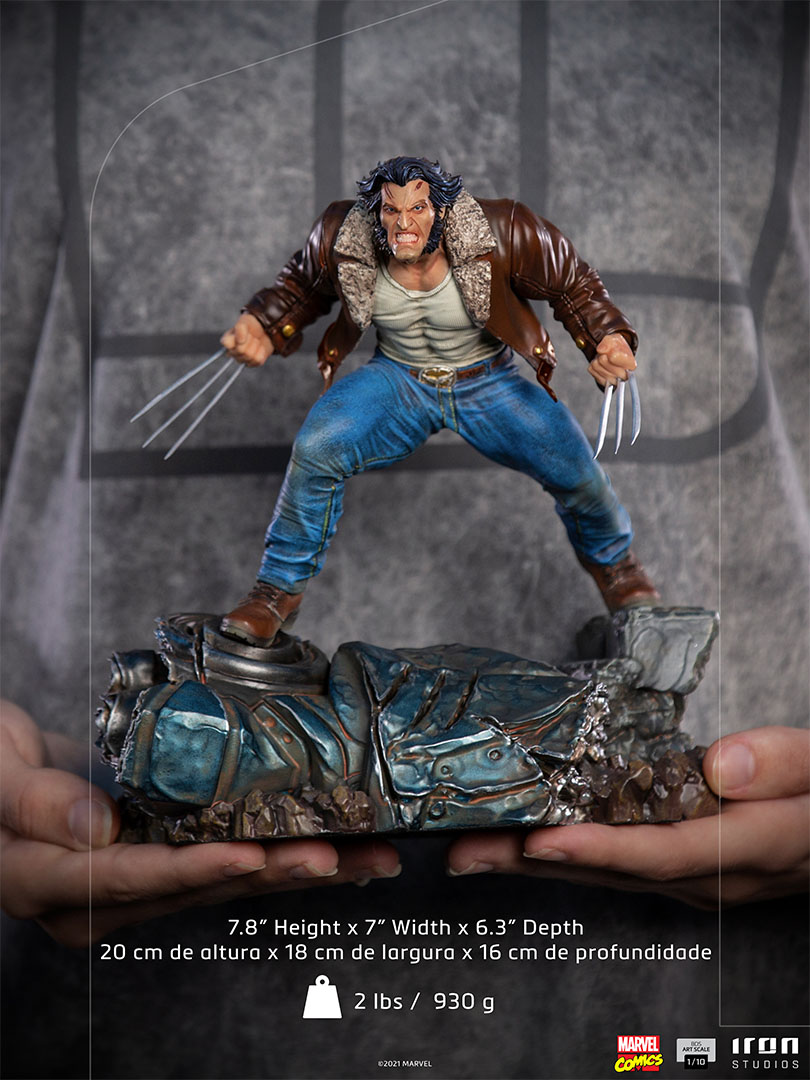 The X-Men’s most beloved clawed mutant, in a civilian version from Iron Studios!

The relentless mutant hero releases his sharp claws from his fists and reveals all his fury in the expression of his countenance. The wounds on his face reveal his metallic skeleton, seconds before they heal, due to the superhuman healing factor he possesses. He’s standing on top of a base that resembles waste and rubble, the remains of a destroyed Sentinel robot, and his home in Mansion X. In this way, Iron Studios presents the statue “Logan – X-Men – BDS Art Scale 1/10”, inspired by the civil identity of the most popular X-Men. Wearing his best-known look, a leather jacket, t-shirt, and jeans, he’s ready to defend the friends and allies he considers family, against the attack of the Sentinel robots controlled by Magneto, and a legion of mutant villains. They are all part of the largest statue diorama ever made on this scale.

Born James Howlett, he later adopted the name of his supposed biological father. Logan was born a mutant, with powers that include heightened senses, retractable claws, and great regenerative capacity, which heals him from wounds in a few moments and delays his aging, and for that reason, he is over a hundred years old. He fought in the American Civil War, World War II and was a secret agent of the C.I.A. and the Canadian Secret Service. Logan was recruited by the Canadian government as a guinea pig for a military experiment called the Weapon X Program, in which his skeleton and claws were coated with Adamantium (a fictional indestructible metal). After losing the memory of his past, he adopted the code name Wolverine and became one of the most important members of the X-Men group. Created by Len Wein, John Romita, and Herb Trimpe in 1974, he made his comic debut as a supporting rival to the Incredible Hulk and has become one of the most beloved and popular heroes in the Marvel universe.

Adding even more diversity to the cast of characters that are part of the diorama X-Men vs. Sentinels, from Iron Studios, Logan’s statue is a must-have for fans and collectors of the indestructible clawed hero. The most revered group of mutant heroes from Marvel, the most iconic comic book superheroes, a figure that adds both individually and in the composition of a scenario with several others. After all, as Logan himself would say, he is the best at what he does.