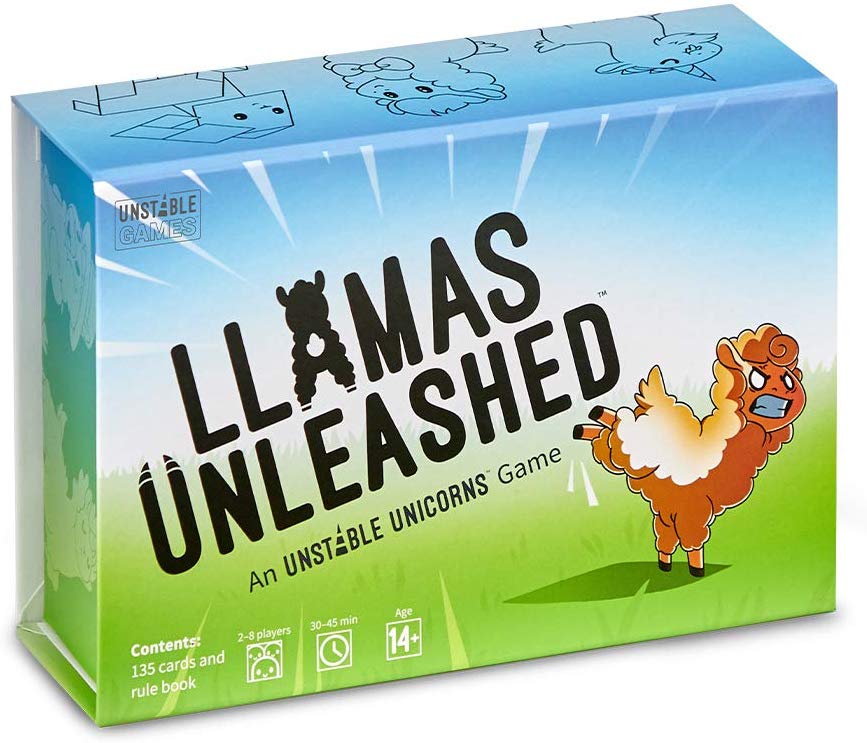 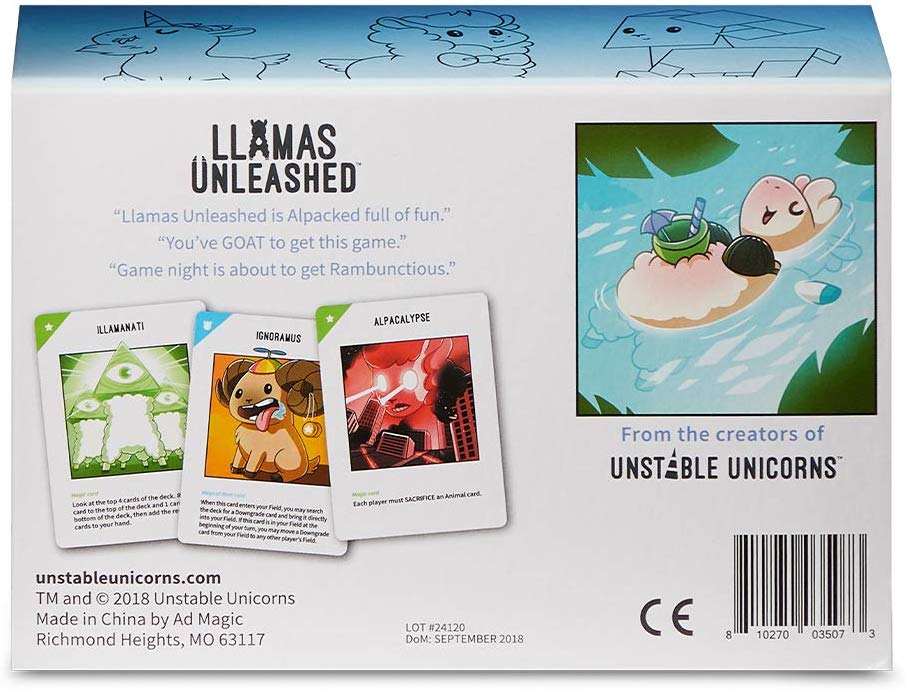 Llamas Unleashed is an Unstable Unicorns game. The goal is to get 7 animals into your field before your opponents. A task that sounds much simpler than it is.

Llamas Unleashed is a fully playable base game that is NOT intended to be shuffled into your Unstable Unicorns games. It comes with 135 cards in a magnetic box, and it has the same base mechanics, but with a few twists.

In the game, you'll find 4 types of characters: Llamas, Alpacas, Goats, and Rams.

There are also magic cards, instant cards and upgrade/downgrade cards.

Playing certain cards only affect certain types, such as if you play a "Goatmeal Raisin Cookie" or a "Download More RAM."

In addition, there is a new mechanic called "Herd Bonus." If you get 3 of the same type of character in your Stable (now called a Field) at the same time, you get a Field Advantage! Think of it like an Upgrade card, except with no Upgrade in your Stable. Bonus effects range from extra card draw to protection to stealing from your friends. Be sure to strategize early though- if you don’t remember the Herd Bonus when choosing your Baby Animal, you might end up having a baaaad time!

Plus, each of the instant cards in the deck (equivalent to the Neighs you know) have an added bonus of allowing you to snatch up the card if it belongs to a specific type (ex. if you use the right "Neigh" on a Goat-type card, you can add it to your hand instead of sending it to the discard pile!)

The core mechanics are based on those of Unstable Unicorns, but there are a ton of new card effects that you've never seen before. Also, Llamas. How can you resist?