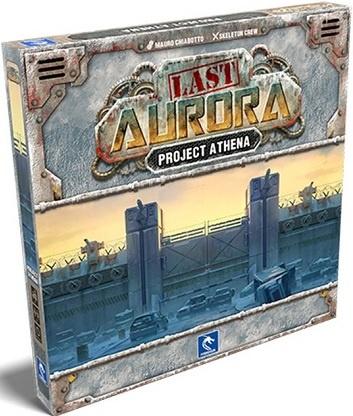 At the apex of their technological evolution, the Western governments invested years of research to develop the first sentient artificial intelligence. The Athena Project, kept secret from the world, succeeded in creating the first autonomous digital entity. As soon as she realized she was a simple tool in the hands of human beings, Athena decided to rebel against her creators: she activated the nuclear missile launch sequence, hurling them at the headquarters of the world’s most important powers. Technicians and researchers tried to disconnect and remove the energy supply from that destructive abomination, but it was not enough. The response of the attacked countries led to the complete devastation of the planet, triggering the glaciation that today afflicts the few survivors.

Athena, although technically destroyed, has survived inside some computers thanks to emergency power systems. Unable to gain access to a sufficient and stable power source, she uses her own short-range systems to coordinate drone groups in search of power sources, attacking everything that crosses her territory. And the road to the south runs through here.

The Aurora has sailed without you. Now your survival is a matter of courage: You must proceed south across the mainland, through the military territory of Athena. Are you ready for this desperate journey?

Project Athena is the first expansion of Last Aurora. 2-4 players have lost the Aurora and have to cross a new map fighting with Athena, a powerful Artificial Intelligence which destroyed the planet.
The game introduces new cards and mechanics: