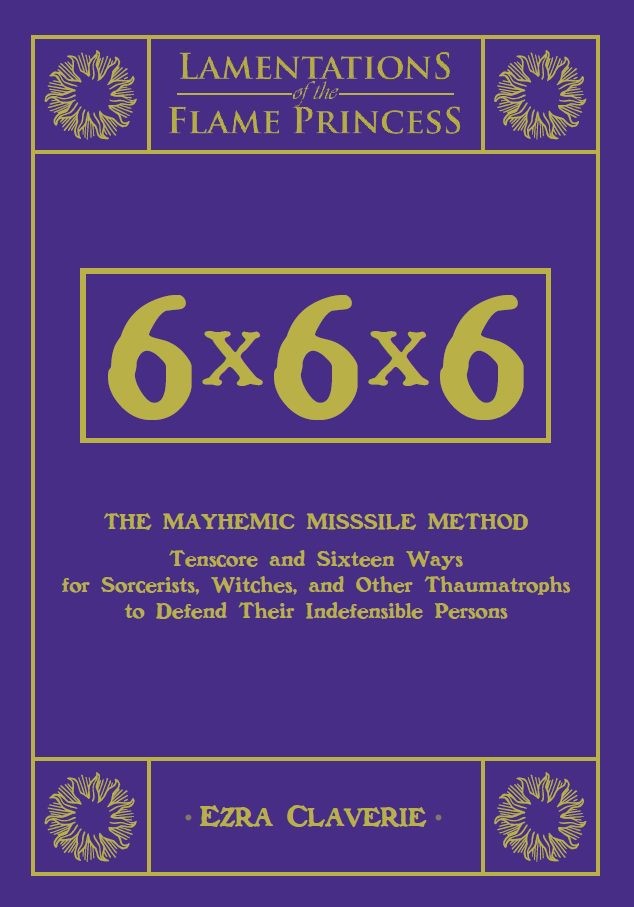 SIX They can only burn you at the stake if they catch you, and The Mayhemic Misssile Method will make them think twice before trying. SIX One first-level spell, two hundred and sixteen flavors. Use everybody’s favorite trio of dice to create dizzying and deadly exceptions to the laws of nature. SIX This book turns a familiar, low-level spell into something you might not want your allies, let alone your enemies, to cast. 6x6x6: The Mayhemic Misssile Method (Tenscore and Sixteen Ways for Sorcerists, Witches, and Other Thaumatrophs to Defend Their Indefensible Persons) is a magic supplement for use with Lamentations of the Flame Princess and all other traditional sword-and-sorcery tabletop role-playing games.