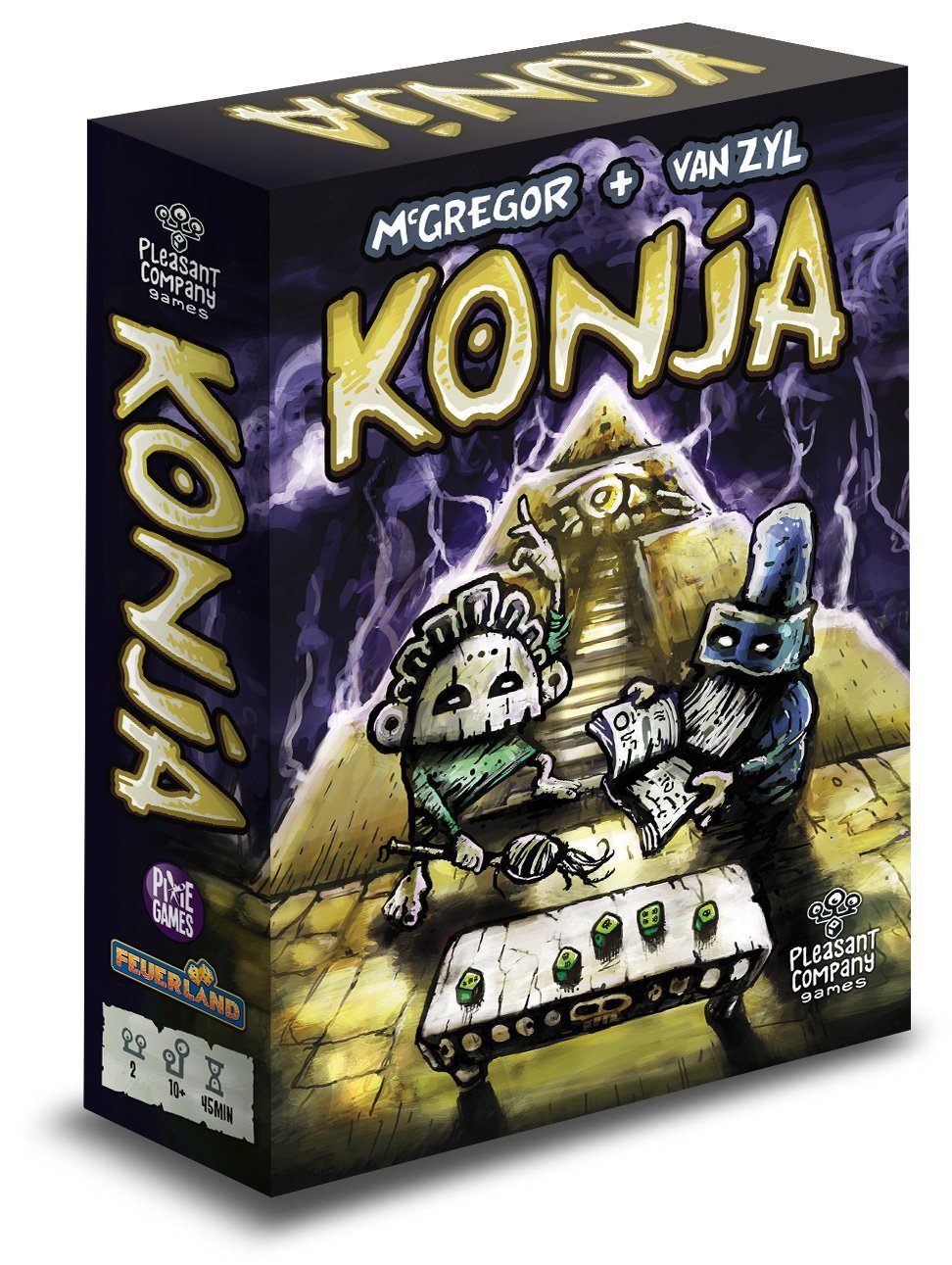 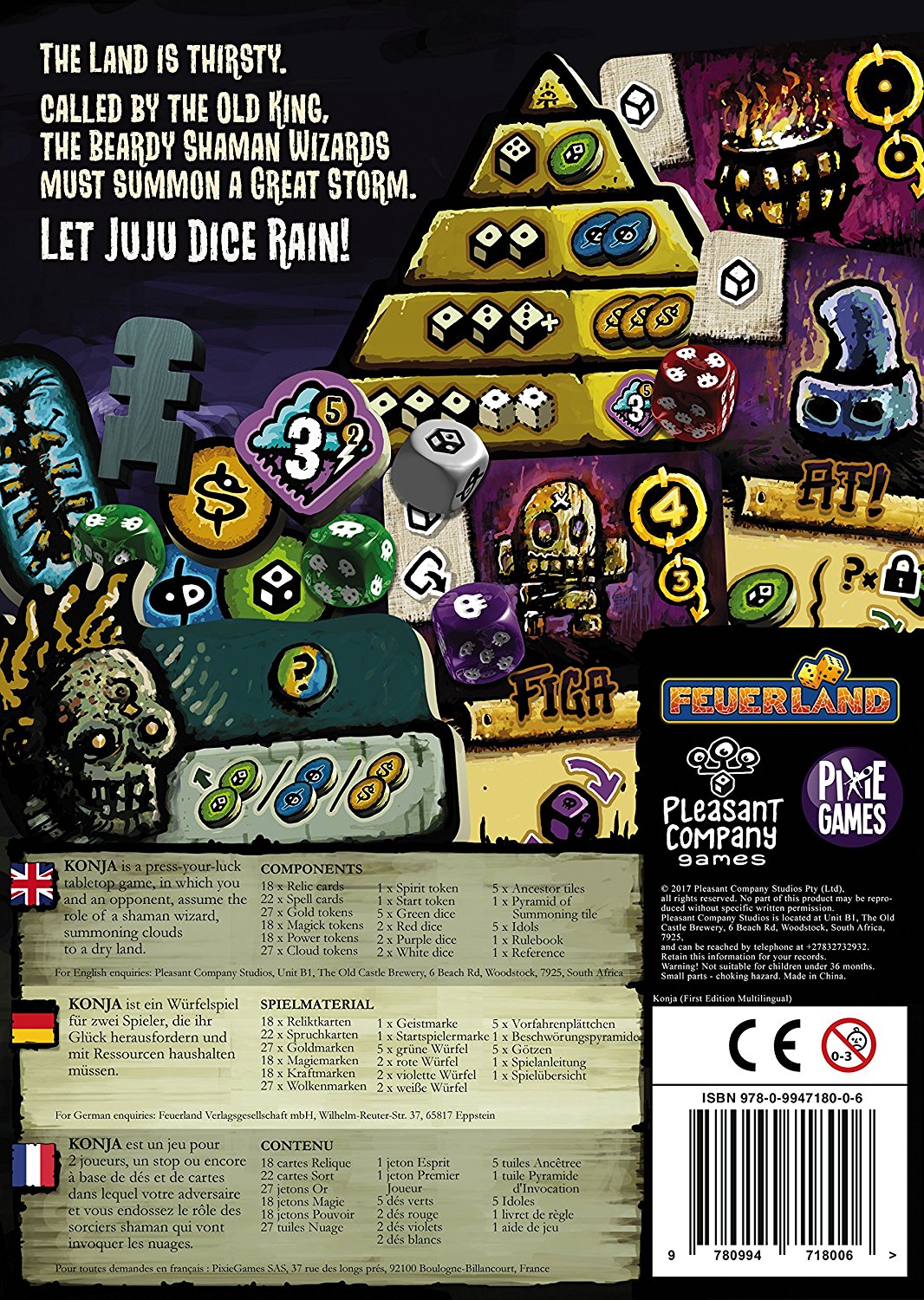 Konja is a press-your-luck and resource management dice and card game in which 2 players compete as wizards, summoned by the old King to manifest a great storm and bring rain to the dry land. By rolling dice and activating powerful spells and relics cards, players gain gold, magick, power, and storm tokens.

Konja is played over a series of rounds; in each round, each player completes their turn before play proceeds to their opponent. On their turn, a player selects from the available Ancestors, which grants the active player a Favour. Then, both wizards receive a Blessing from that Ancestor.
The active player then rolls their dice, then through manipulation of Relic and Spell cards, create useful dice combinations: