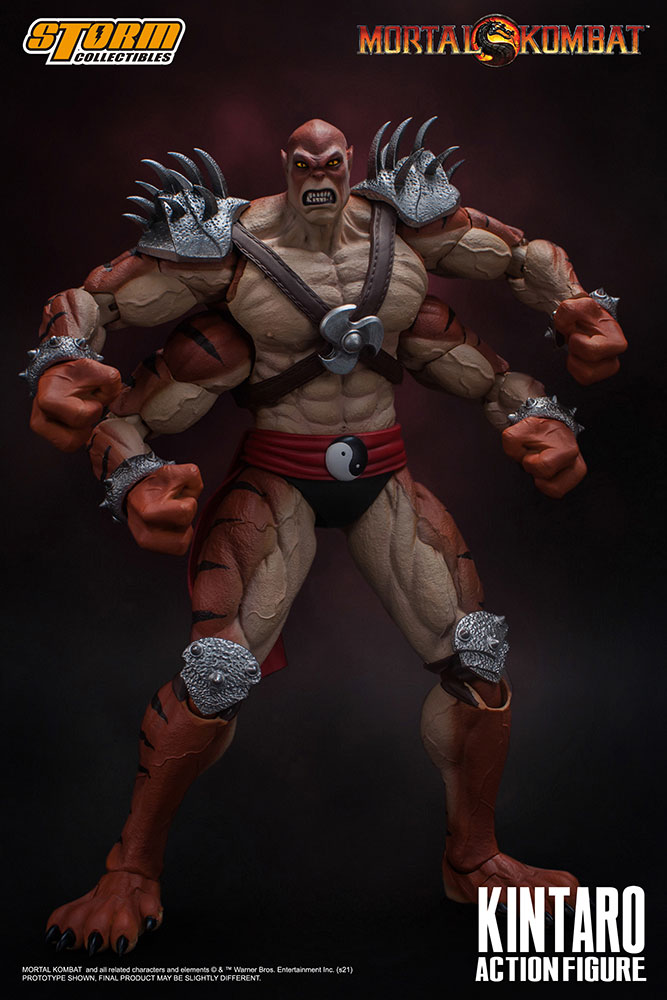 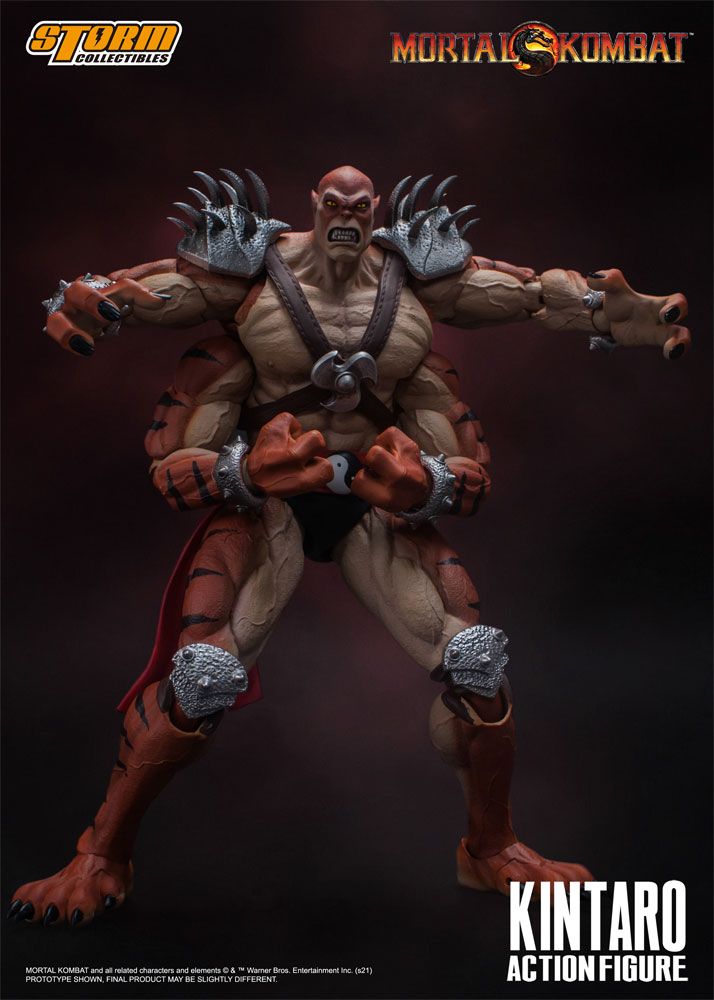 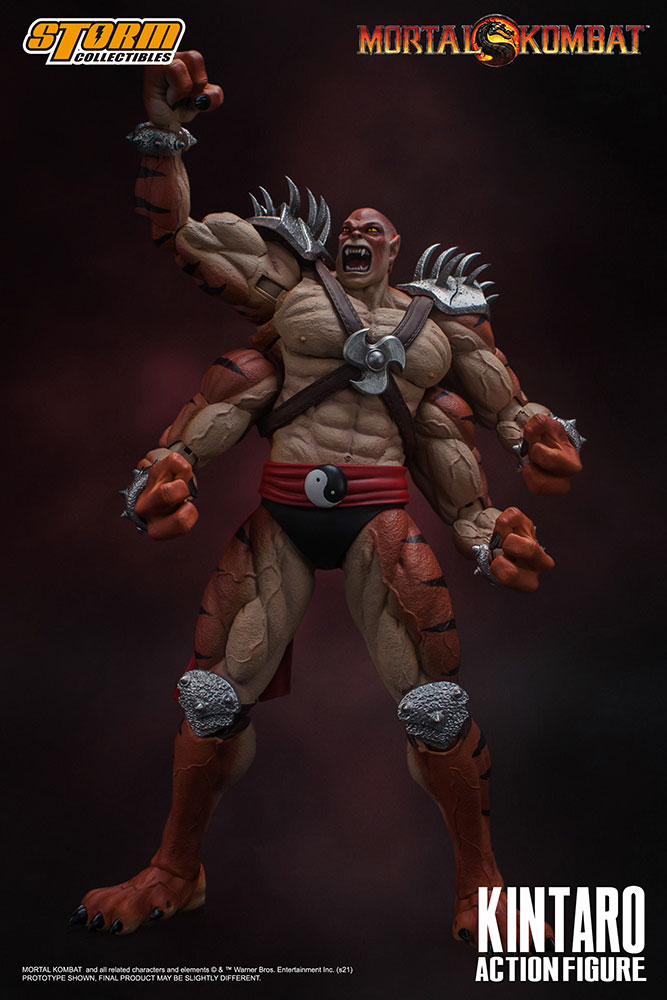 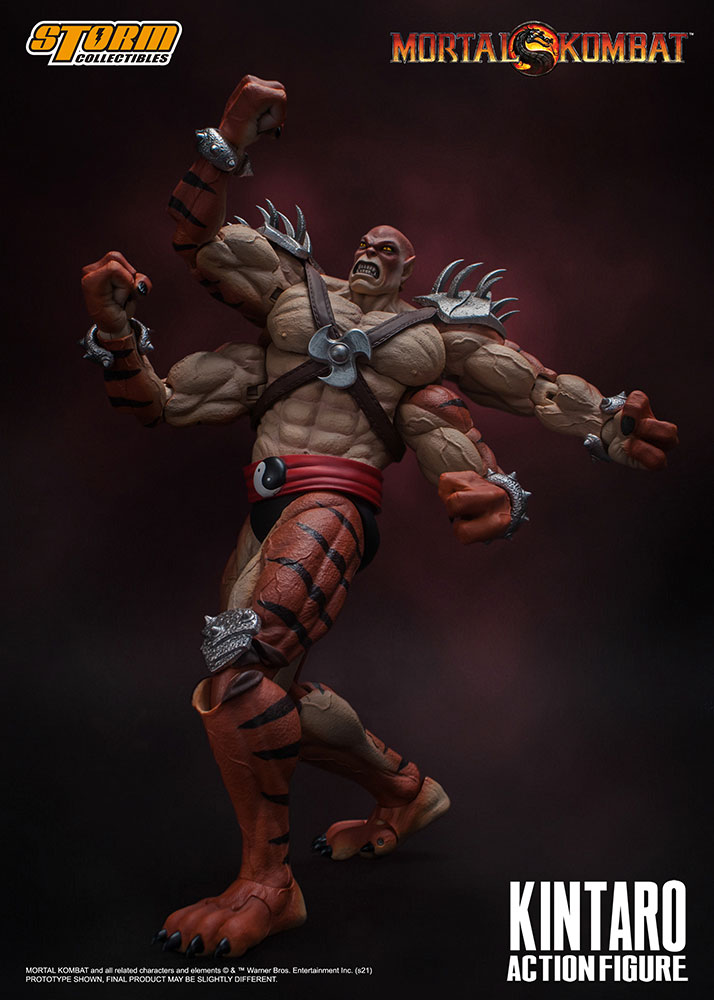 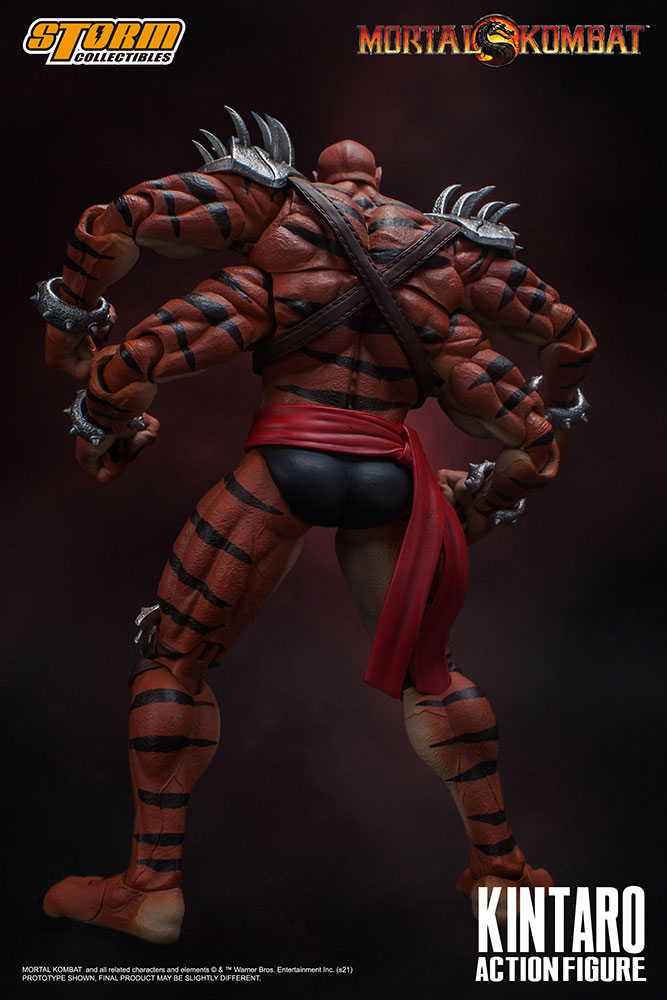 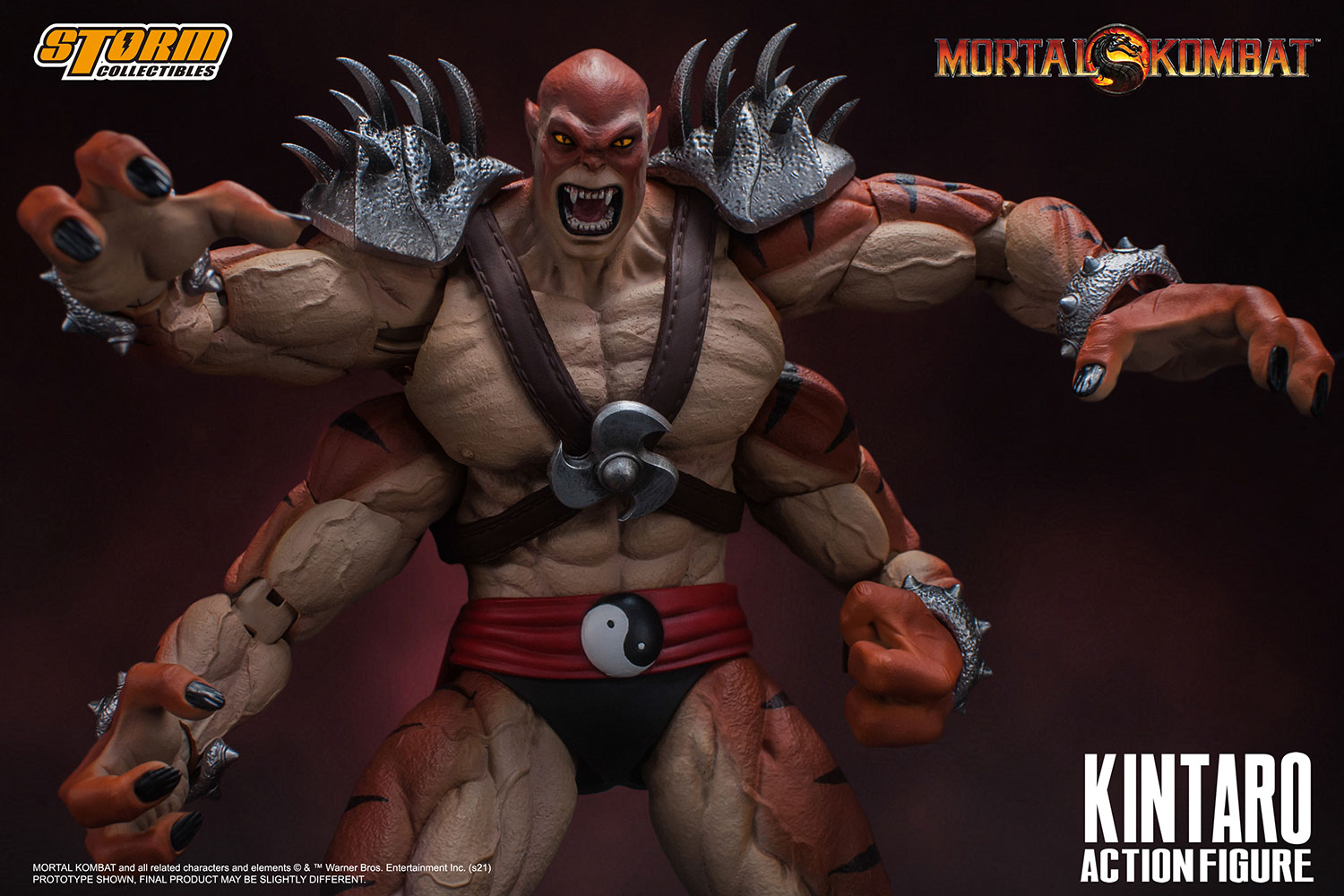 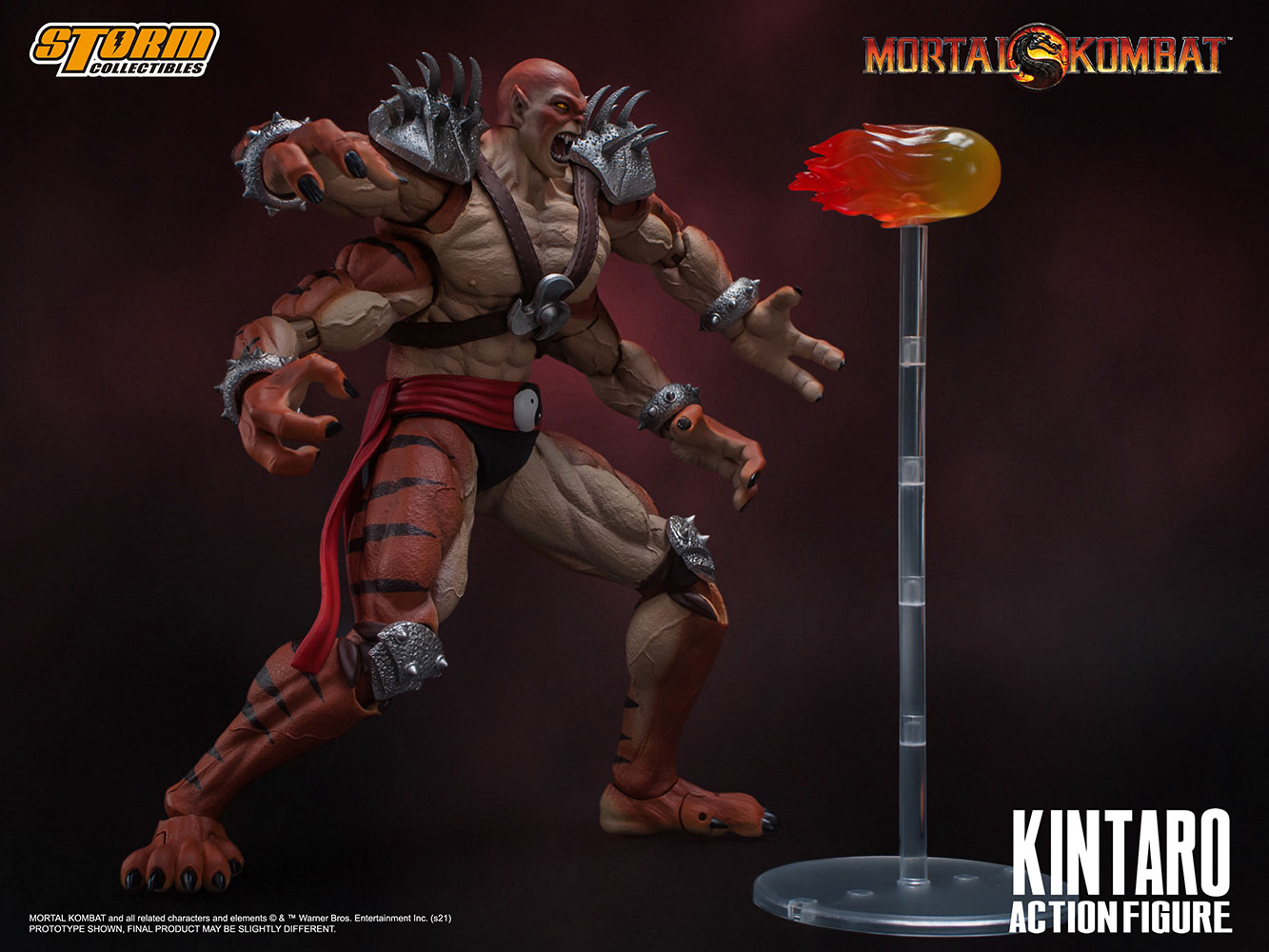 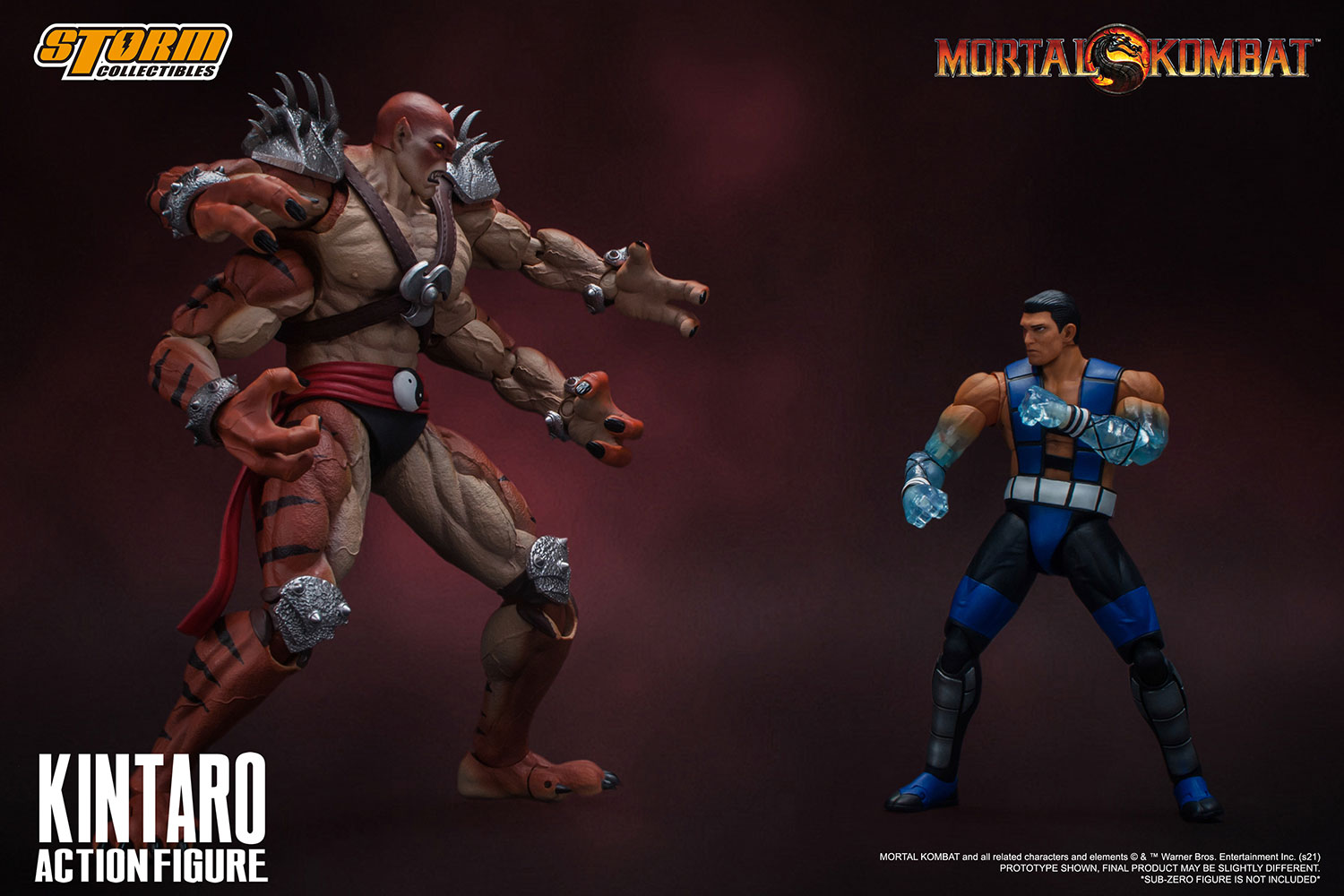 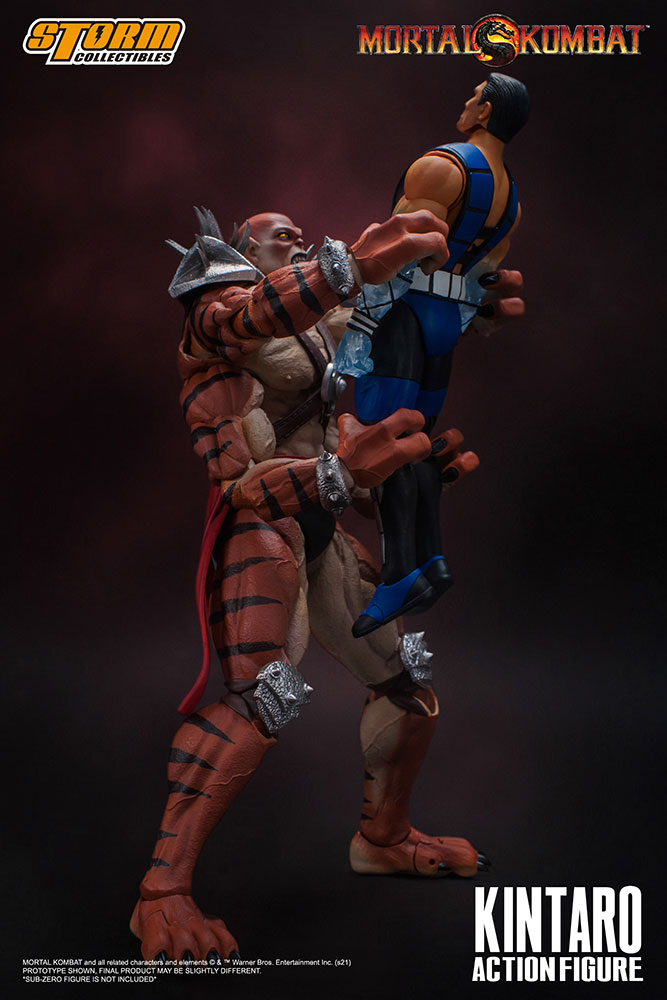 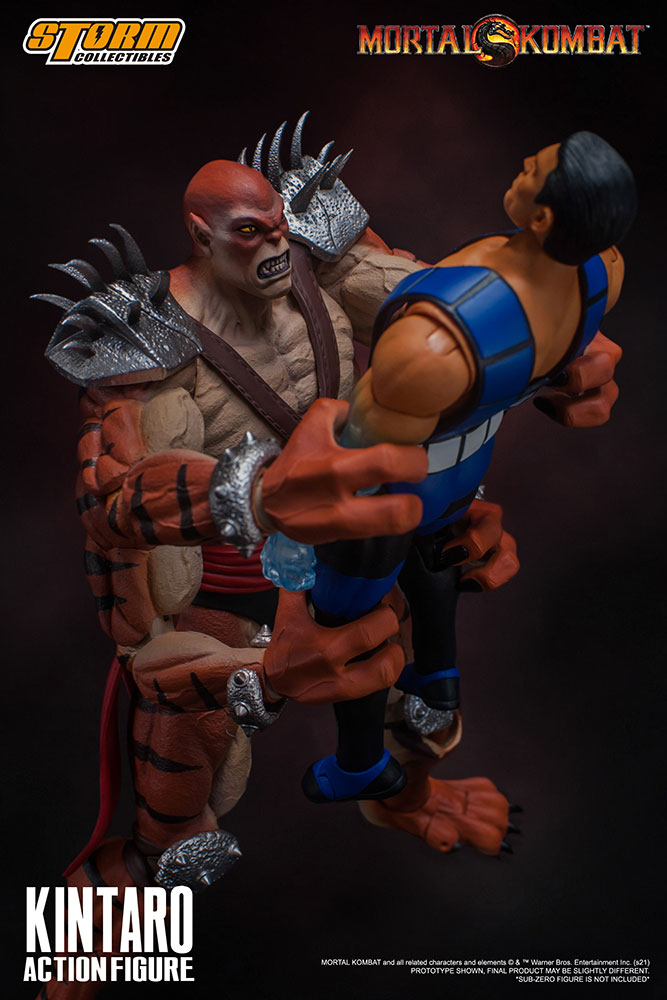 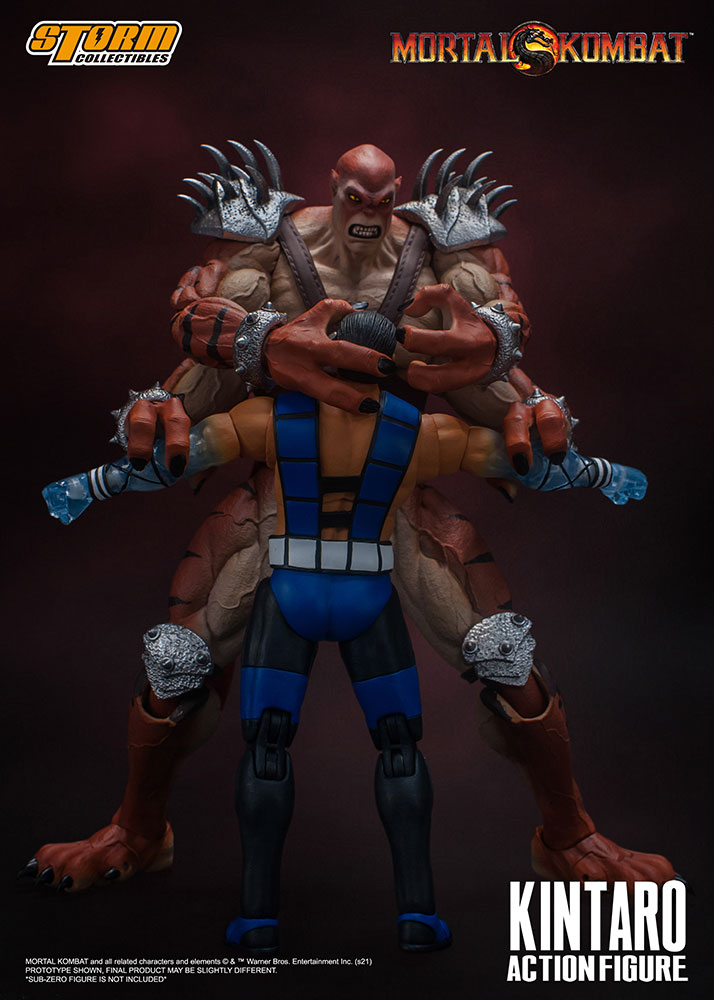 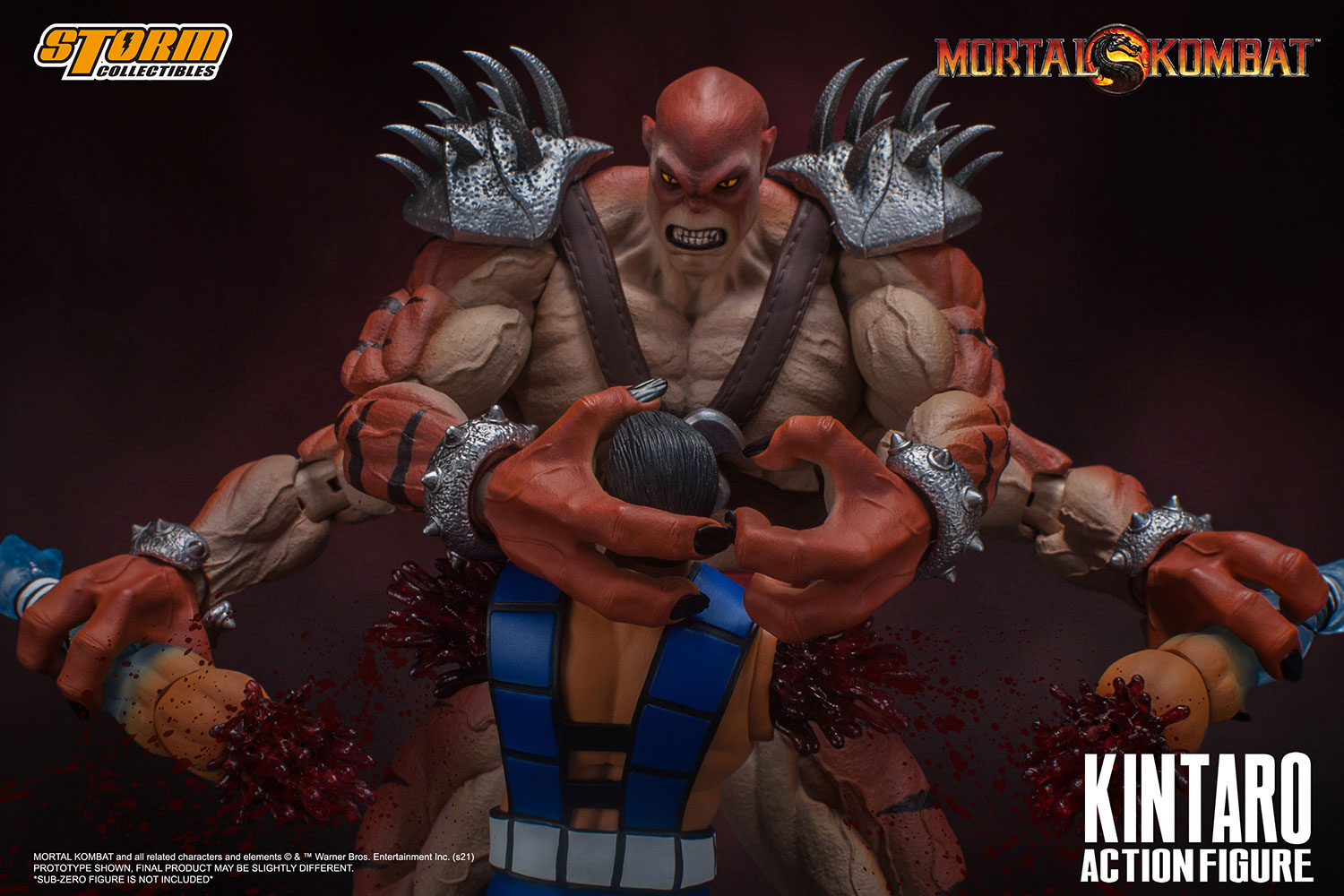 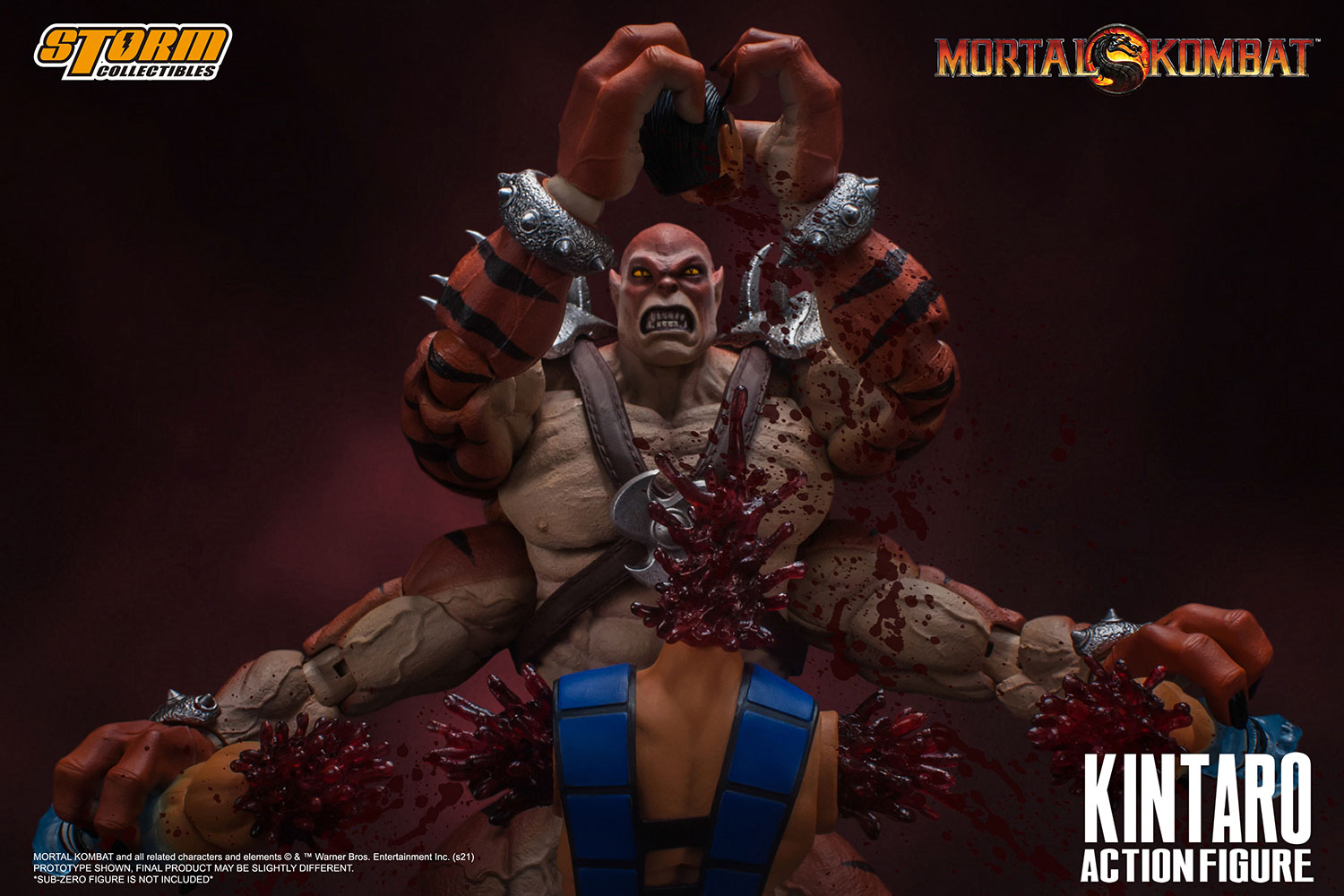 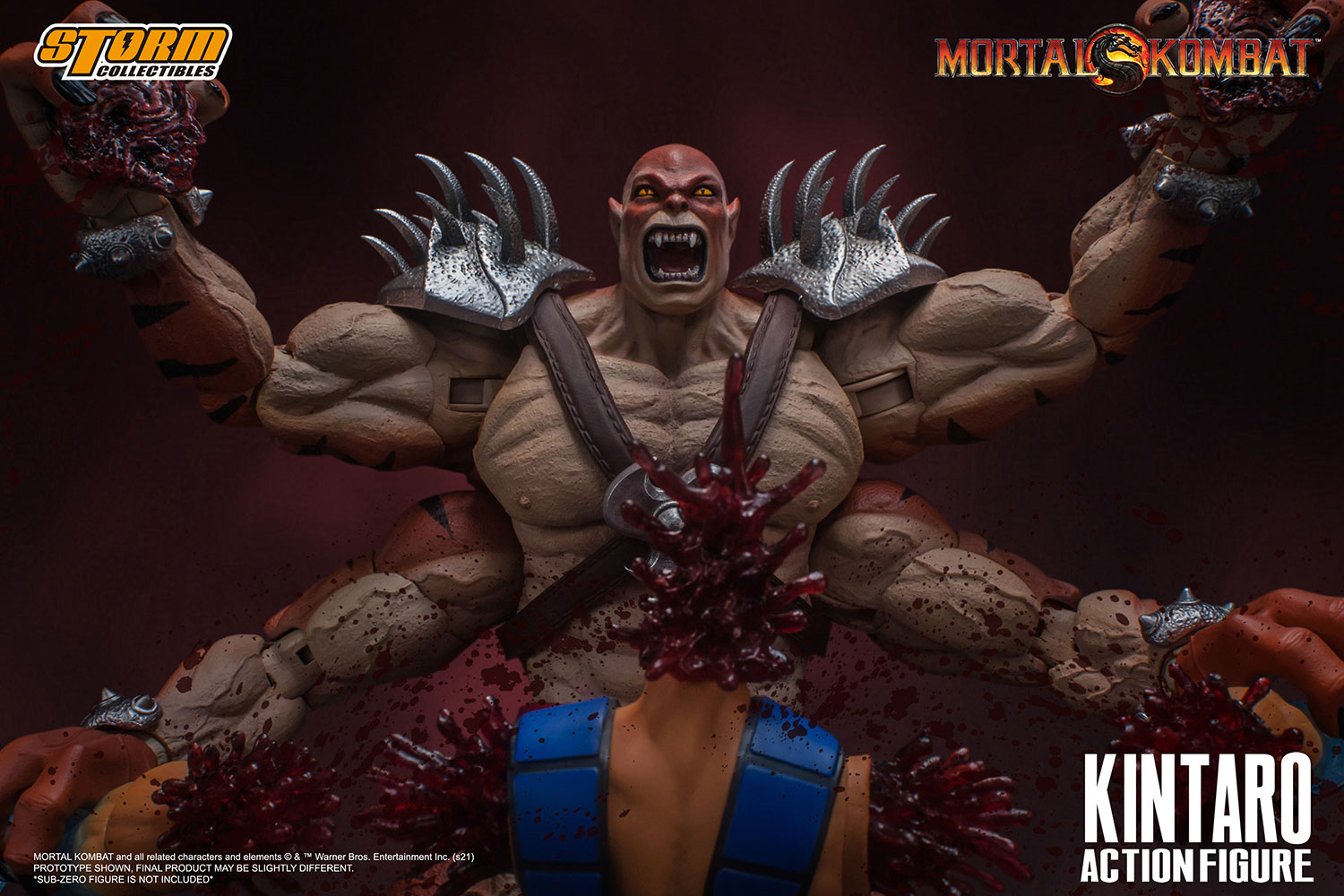 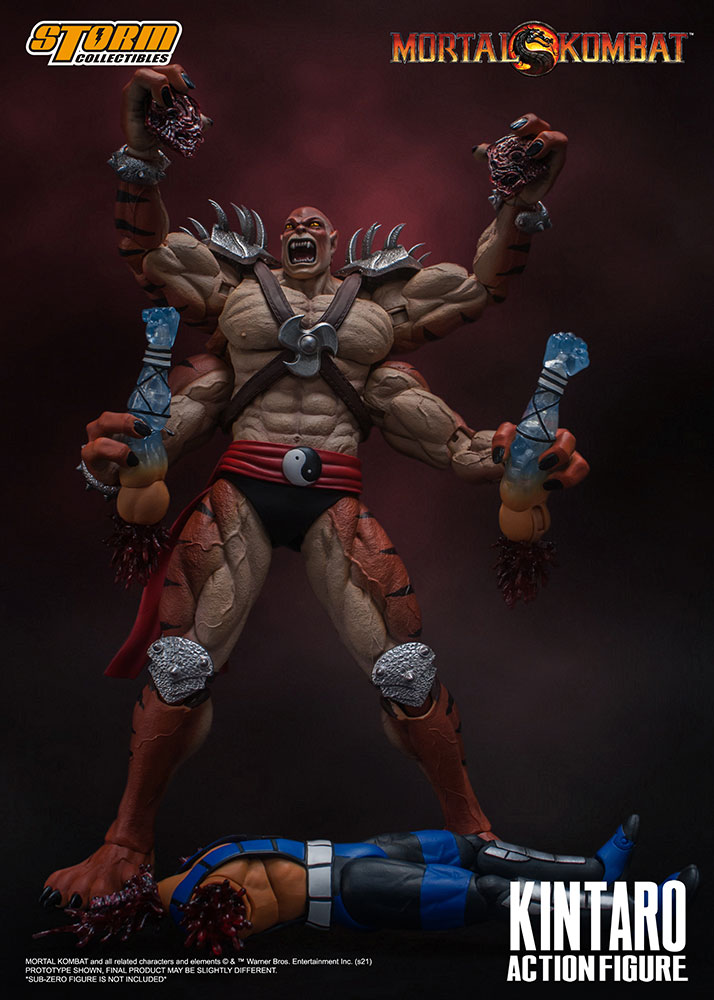 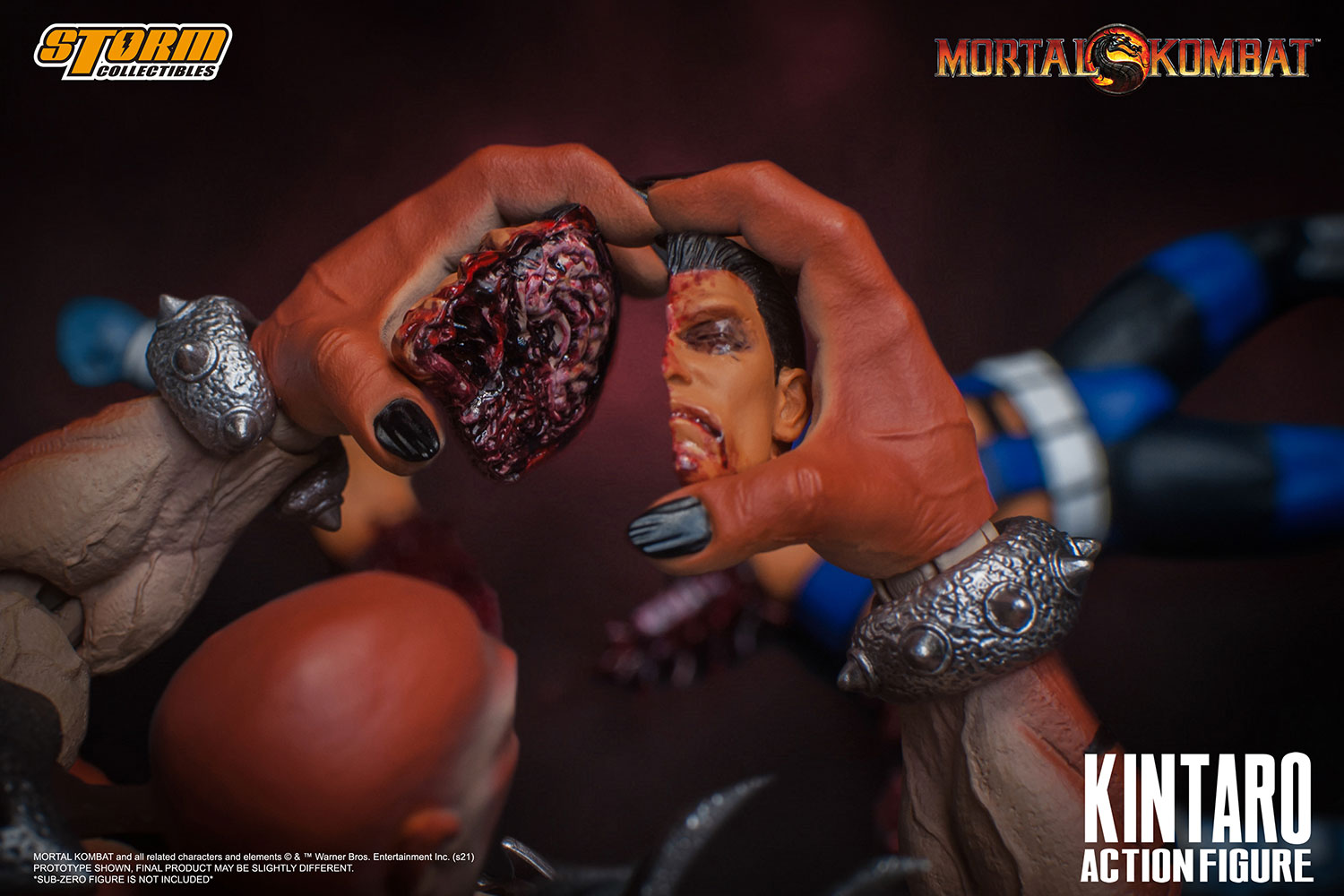 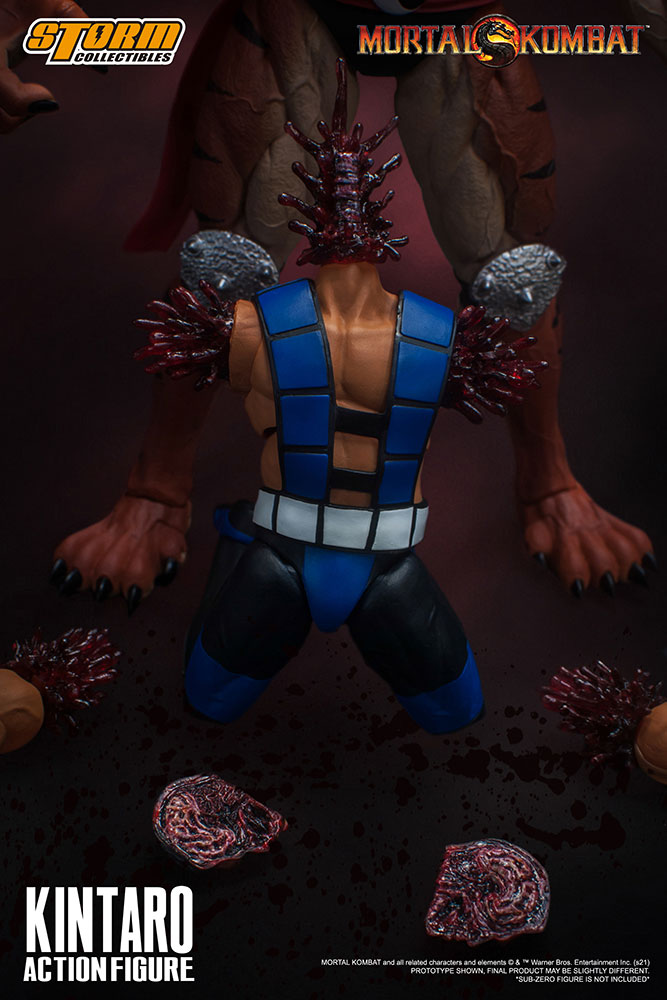 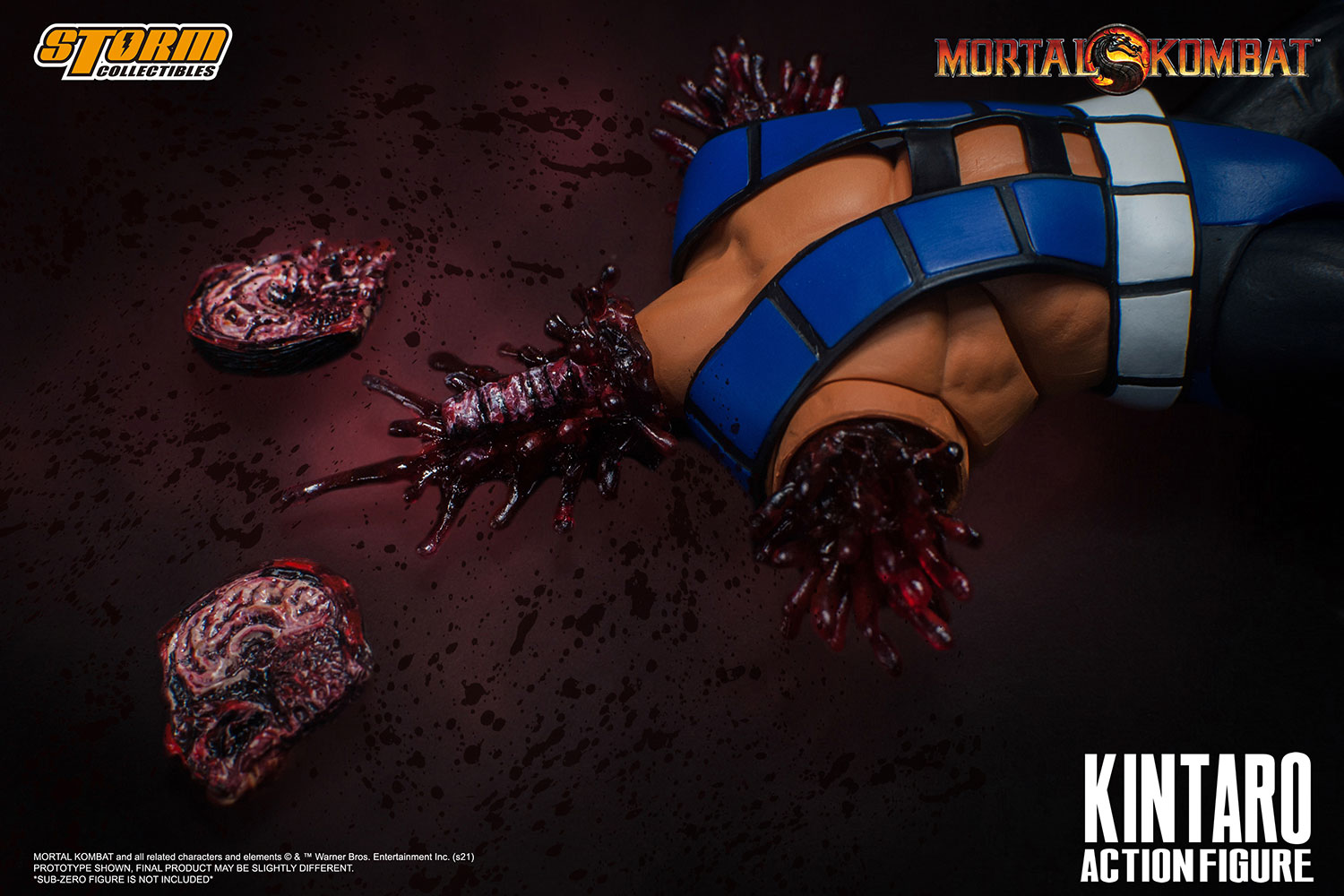 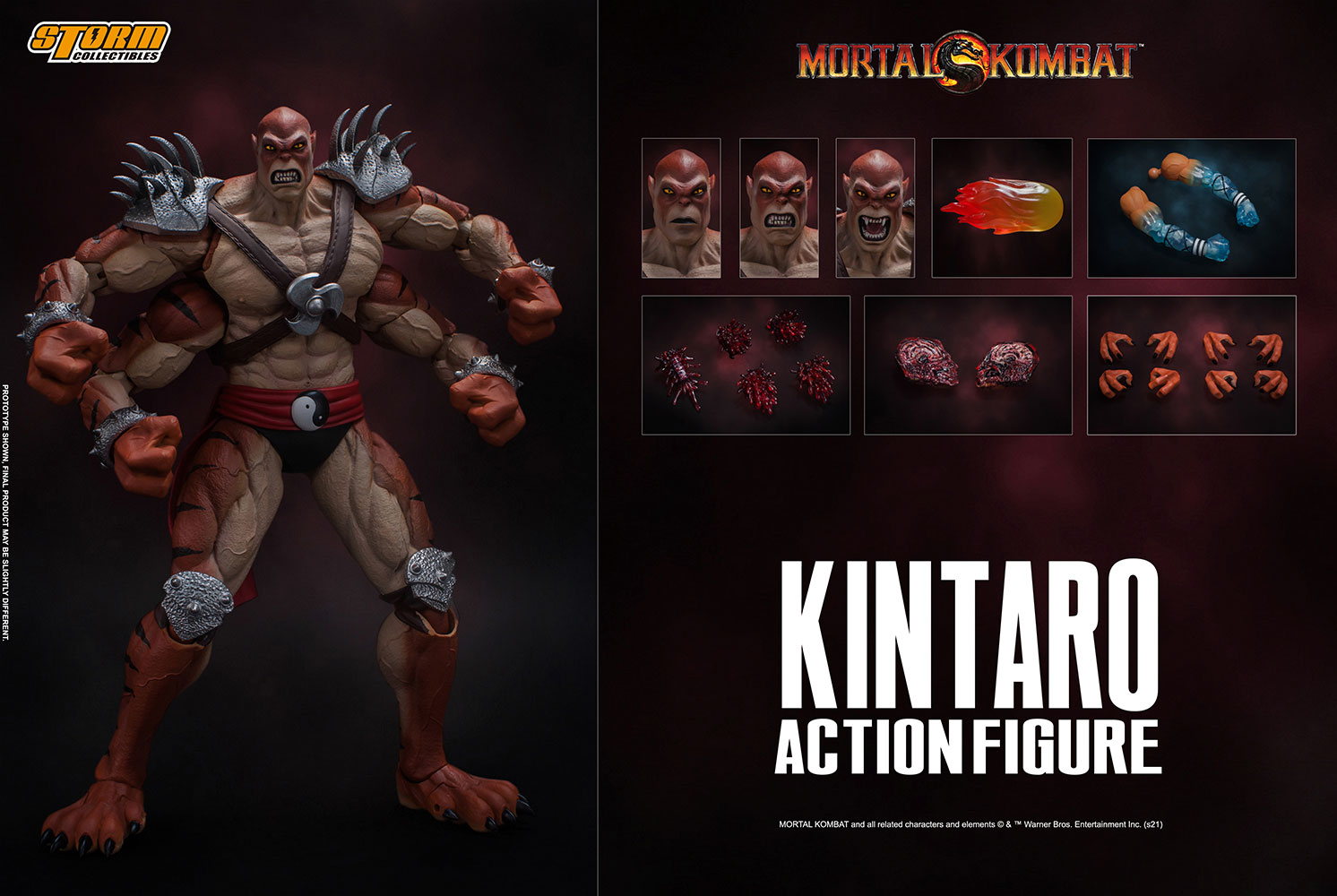 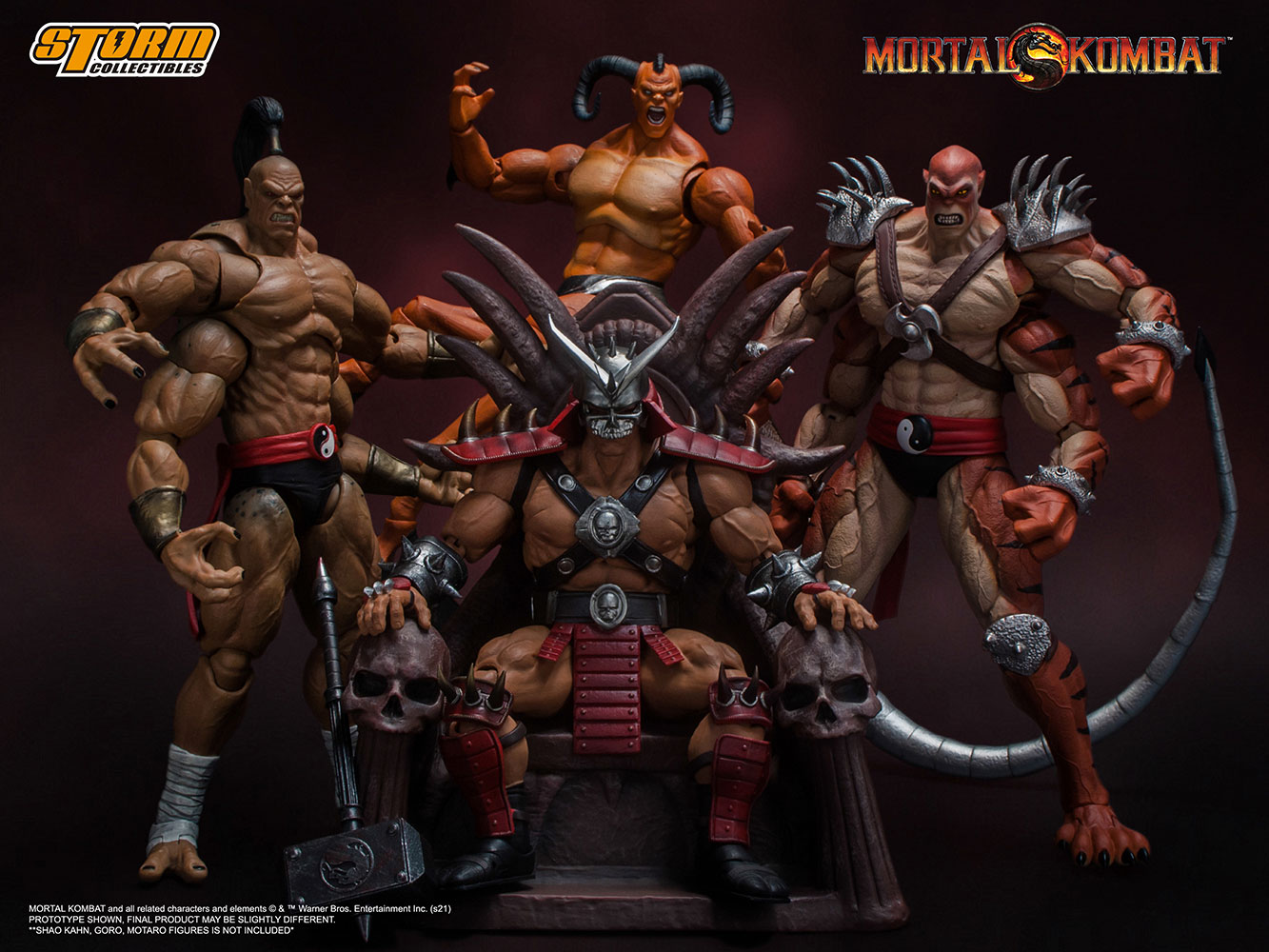 Like Goro and Sheeva, KINTARO is of the four-armed Shokan race. Unlike his aristocratic comrades, however, he is of lower-class Tigrar lineage. As is customary when recruiting Shokan and Centaur into Shao Kahn's service, one of each race must face each other in bloody kombat. Kintaro killed his opponent and, in an unprecedented act of bravado, roared for more Centaur blood. Centaurs leapt furiously into the ring to their demise. This savagery led Shao Kahn to appoint Kintaro as his personal bodyguard.

Other figures shown not included.