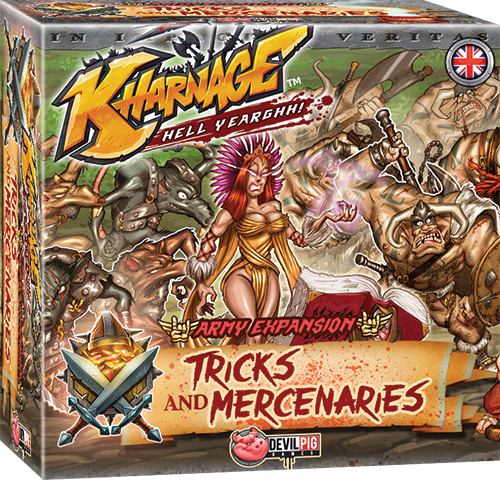 Your battles for an insignificant hilltop are about to become even more chaotic and dangerous with the Kharnage: Tricks & Mercenaries Army Expansion! Within this army expansion, you'll find new mercenary units to supplement each of the four armies in the base set, leading new dwarves, humans, goblins, and orcs storming onto the battlefield and if new units alone weren't enough, this army expansion offers plenty of new trick cards, including a new type of card that can give you an unexpected advantage in the midst of battle.

In short, Kharnage: Tricks & Mercenaries Army Expansion contains 18 tricks and eight mercenaries for use with the Kharnage base game.