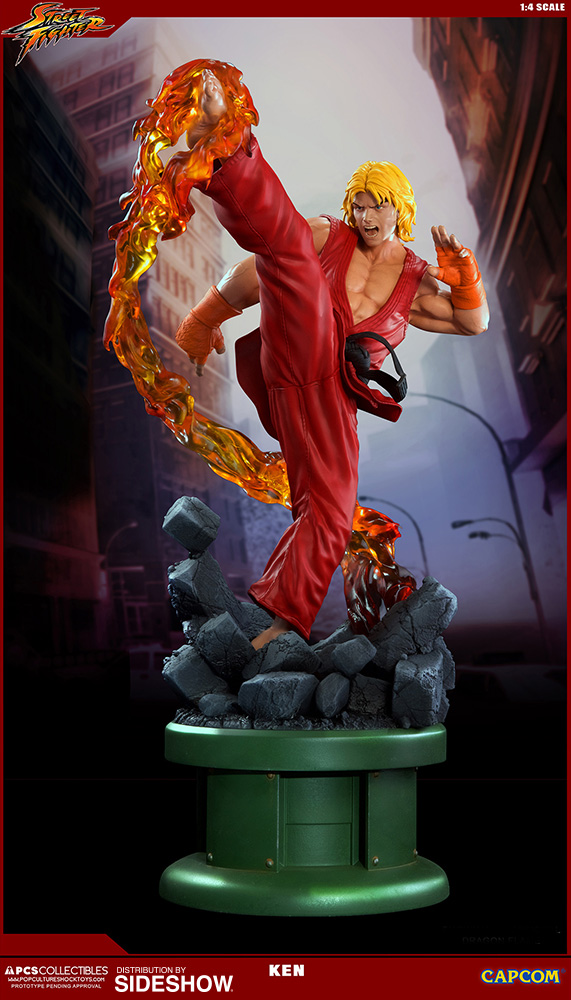 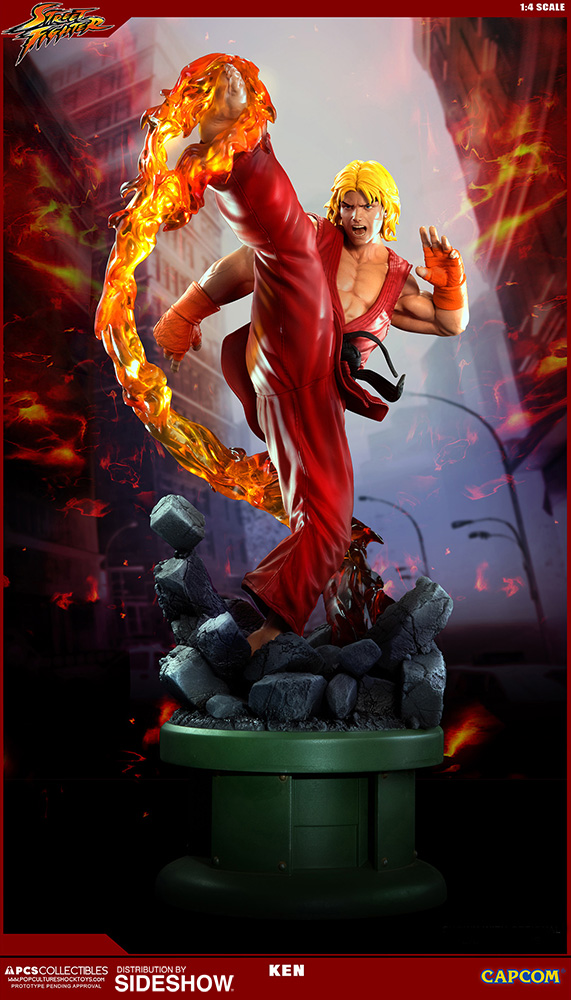 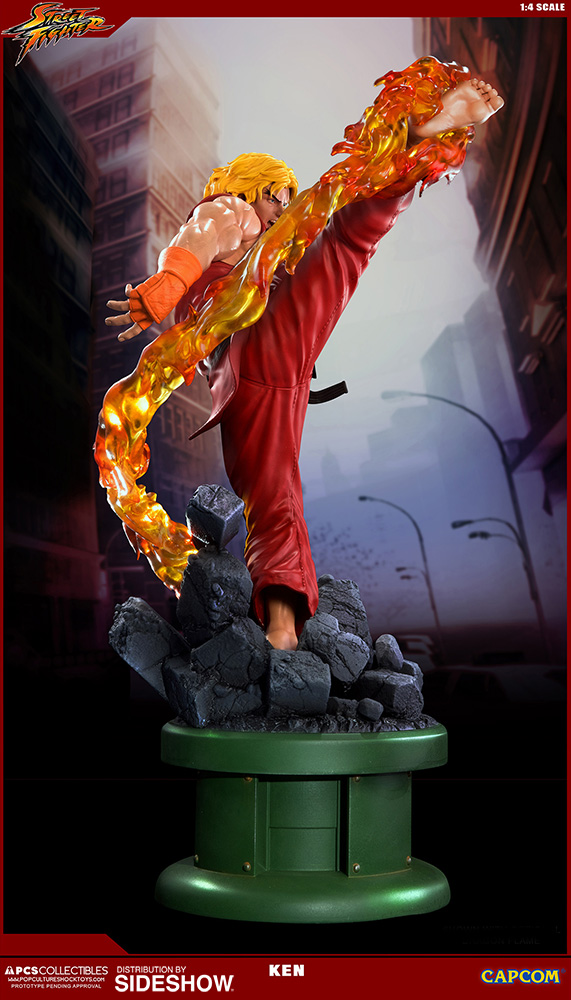 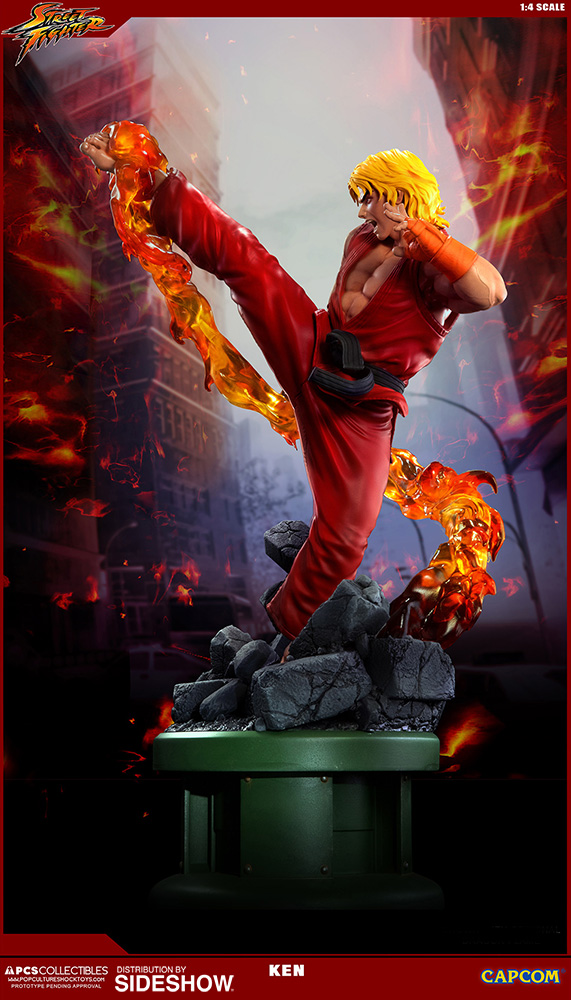 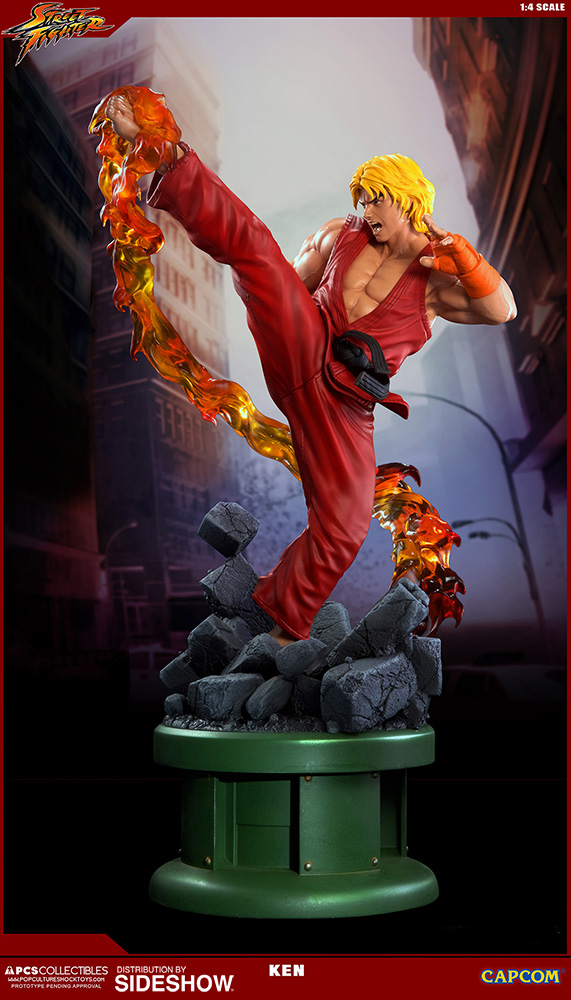 Flamboyant, unorthodox and unpredictable, Ken Masters has been a part of the Street Fighter storyline as long as his best friend Ryu. Brash where Ryu is modest, laid back where Ryu is serious, what the best friends and students of Gouken have in common are pure hearts and the desire to prove themselves against the best of the best.

Though he will never back down from a fight, by the events of Street Fighter V, Ken is a married family man and has traded in his trademark red gi for the first time in franchise history. Having learned humility and found inner peace, he is even ready to become the sensei and take on a disciple of his own. But for his premiere in the 1:4 Ultra Statue line, Pop Culture Shock Collectibles has chosen to celebrate the 30th anniversary of Ken Masters by putting him back in his trademark togs!

Based on his Street Fighters IV colors, his orange gloves and clean, bright outfit - with sleeves cut more neatly than the tattered robe of his Japanese counterpart, Ryu - pop with color, reflecting his flashy style.