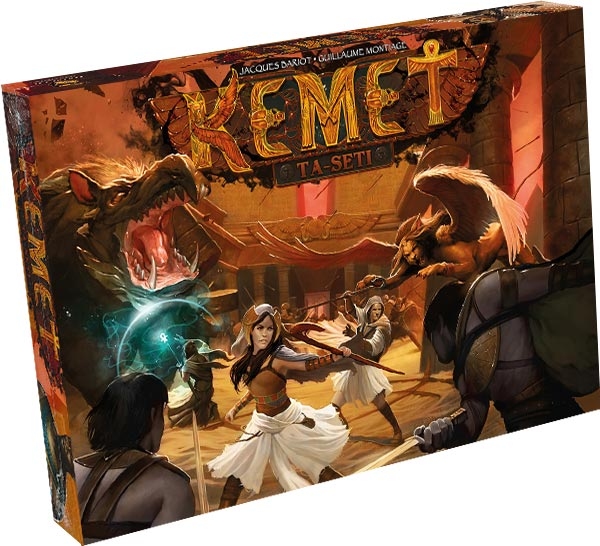 A veil of shadows has taken over the lands of Kemet. As the souls of the fighters float above the black lands of ancient Egypt, a gloomy wind provides a new inspiration for the gods of Kemet. Will you be able to master it?

Ta-Seti, the first expansion for Kemet, adds several new things to the base game:

Players can choose which parts of the expansion to add, as each module works on its own in addition to meshing with the other modules.