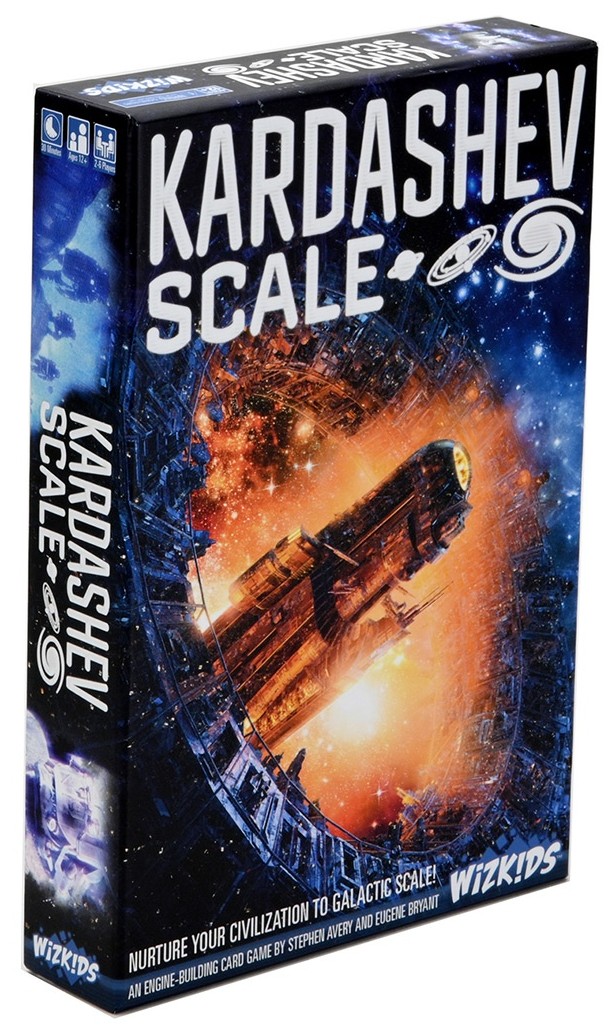 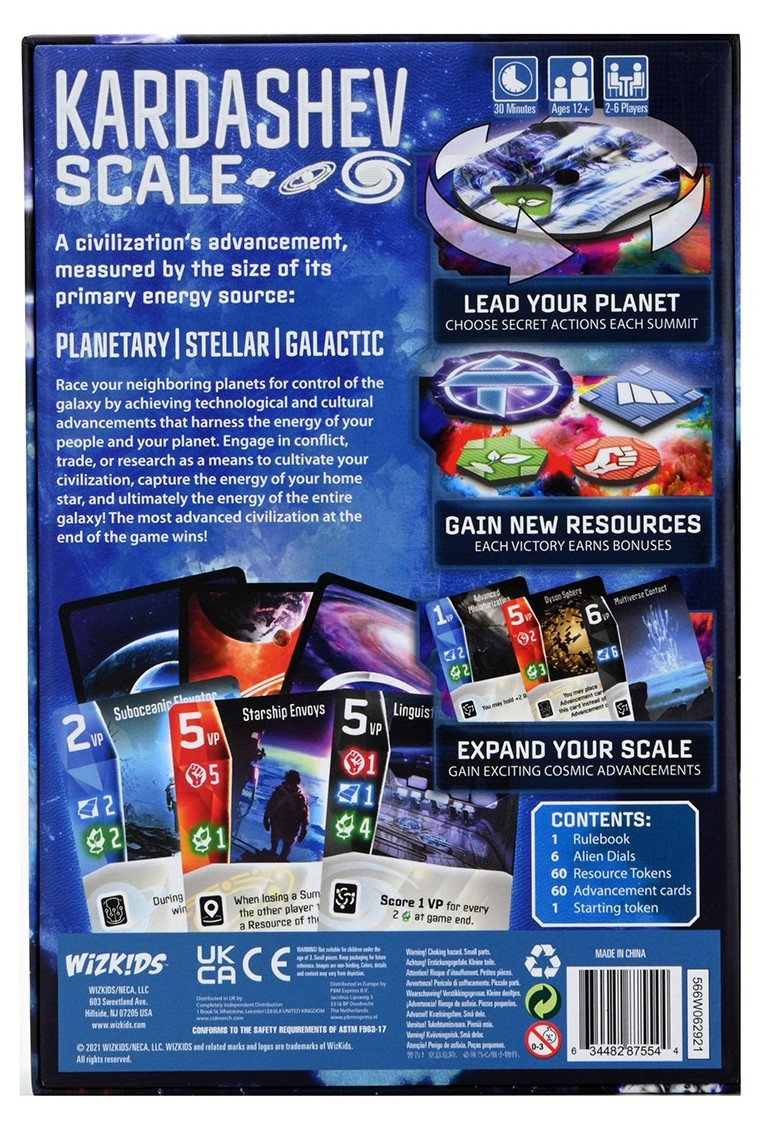 The Kardashev scale is a method of measuring a civilization’s level of technological advancement based on the amount of energy it is able to use.

Race your neighboring planets for control of the galaxy by achieving technological and cultural advancements that harness the energy of your people and your planet. Engage in conflict, trade, or research as a means to cultivate your civilization, capture the energy of your home star, and ultimately the energy of the entire galaxy! The most advanced civilization at the end of the game wins!

Each round, you'll choose one of four actions to perform at a Summit: collecting one of 3 types of resources or purchasing Advancements. In a rock-paper-scissors fashion, you will compare your chosen action to the actions chosen by your left and right neighbors. Win against one or both of them, and you'll collect 2 of your chosen resources. Tie and you'll gain 1. Lose, and you gain nothing. If you chose instead to Advance, you won't get any resources (and your neighbors will each gain 2 of their chosen resource), you will be able to purchase an Advancement card which will give you VPs and allow you to start building your engine. The game ends once one player reaches 25 or more VPs, and the player with the most points is the winner!