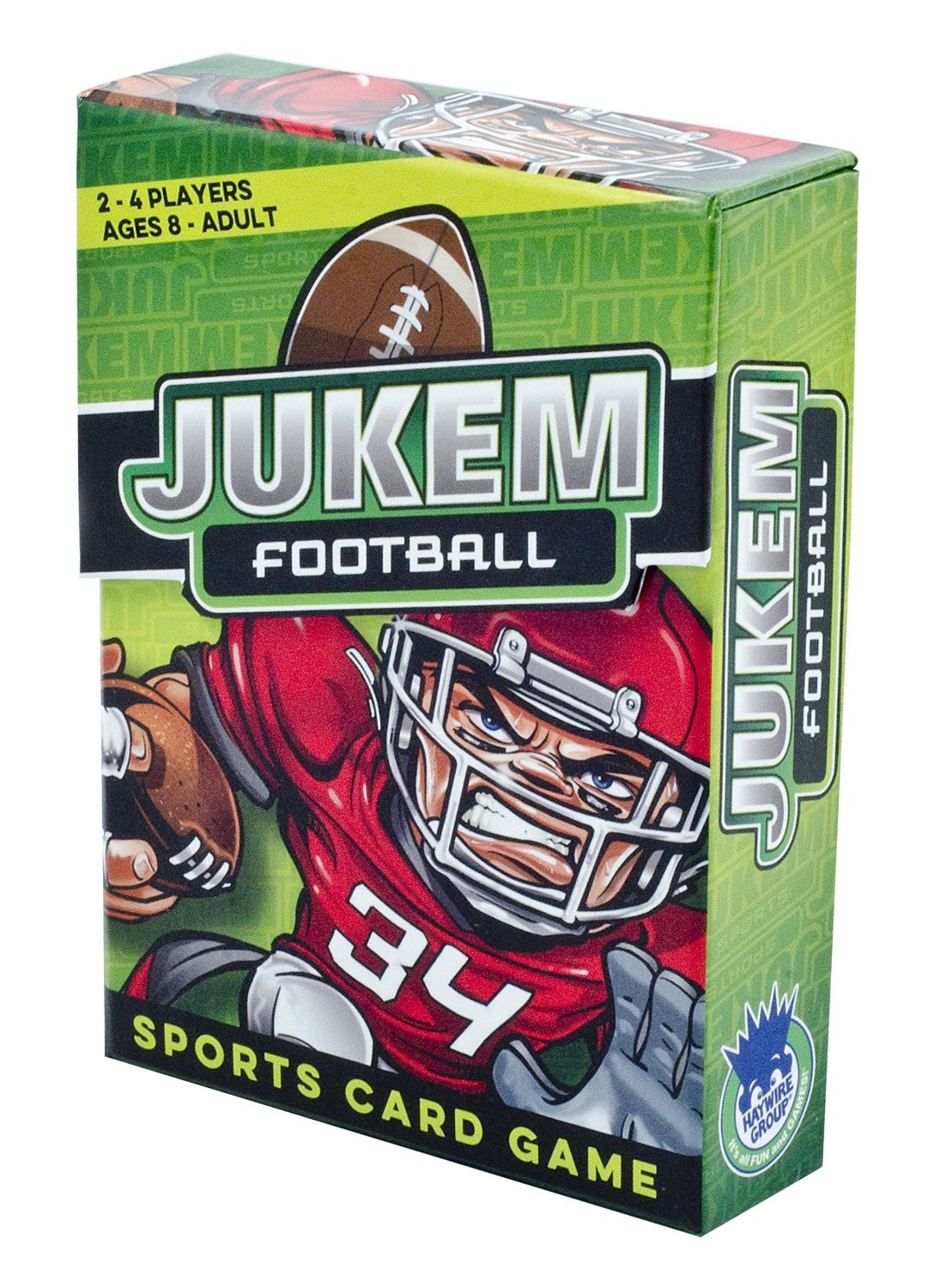 Setup: Choose a player to be the dealer. The dealer shuffles the deck, then deals four card face down to each player. The dealer places the remaining deck face down in the center of the play area to form the draw pile, then turns the top card face up beside the draw pile to start the discard pile. The other player takes the first turn and players then alternate turns.

Offensive Plays: Build your drive by placing offensive cards face up in front of you in a line, from left to right. The most common offensive plays are RUN plays, and PASS and CATCH combinations. There are also some special offensive plays that will add yardage to your drive. You may play any RUN card face up in front of you on any turn to gain the number of yards shown on that card or play a PASS and CATCH combination cards. To make a PASS and CATCH play, first play a PASS card, then play a CATCH card showing any number of yards within that range.

Defensive Plays: On your opponent's turn, after your opponent made an offensive play, you may play a defensive card to slow down or even stop his/her drive. These include Holding! Sack! these stop your opponents drive, while the Fumble and Picked off cards end your drive.

Half Time: If you draw the last card from the draw pile, you make as many plays as you can from your hand on that turn. After you've run out of plays, have been stopped by a defensive card, or have scored a field goal or touchdown, the half is over. Shuffle all the cards and play the second half the same way you played the first half. The player who did not deal in the first half deals in the second half.

How to win: When the second half ends, the game is over. The player with the most points wins. In case of a tie play again until a player scores either a field goal or a touchdown. That play wins the game!