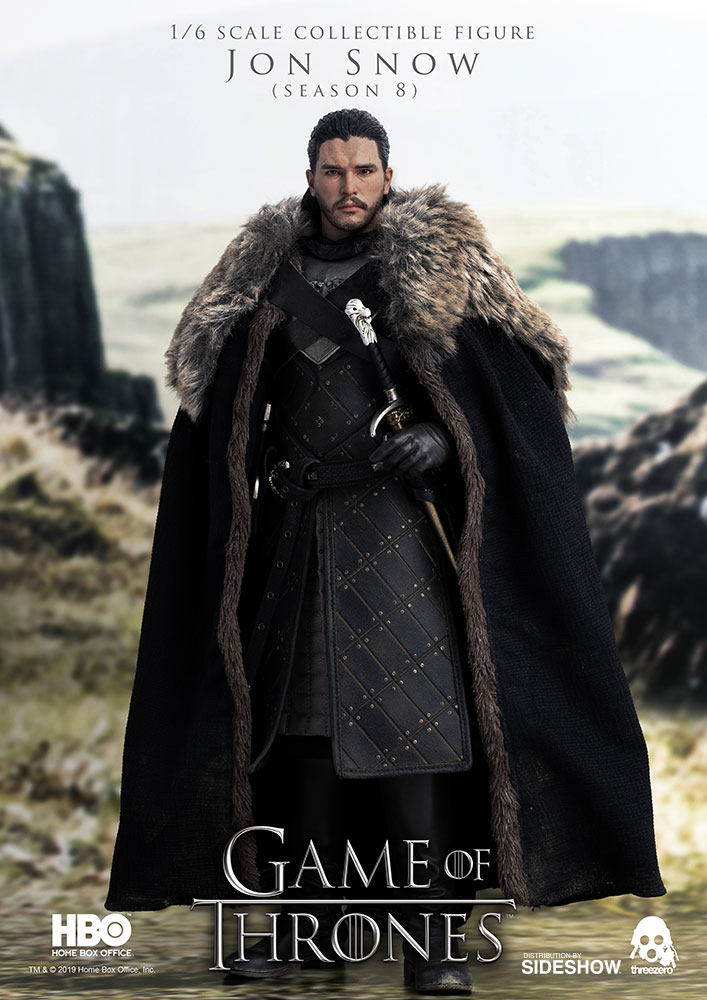 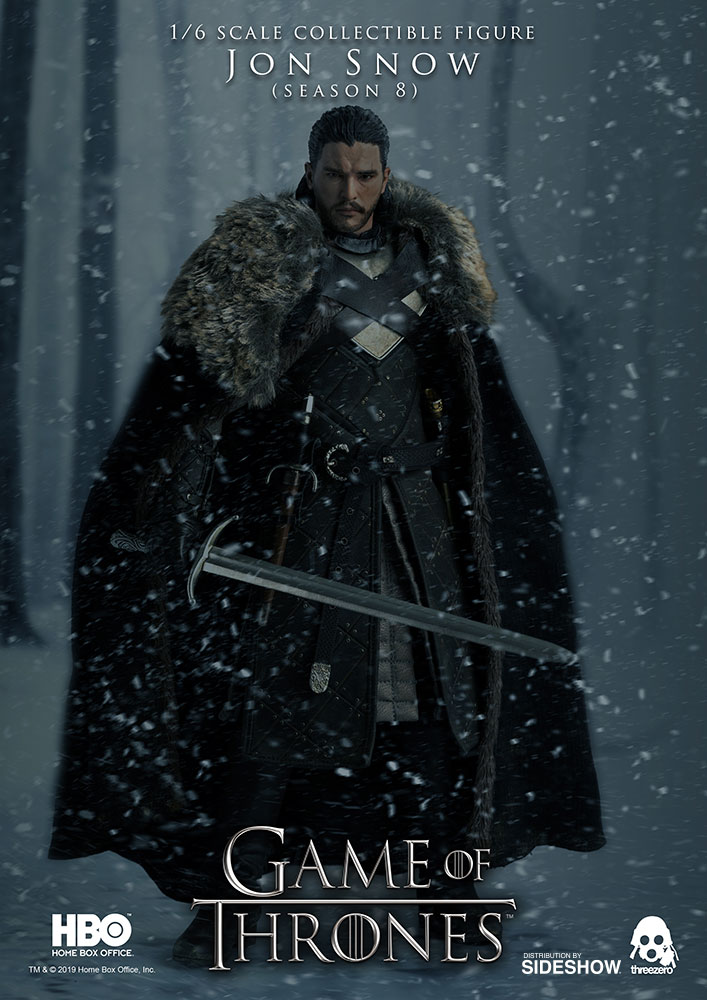 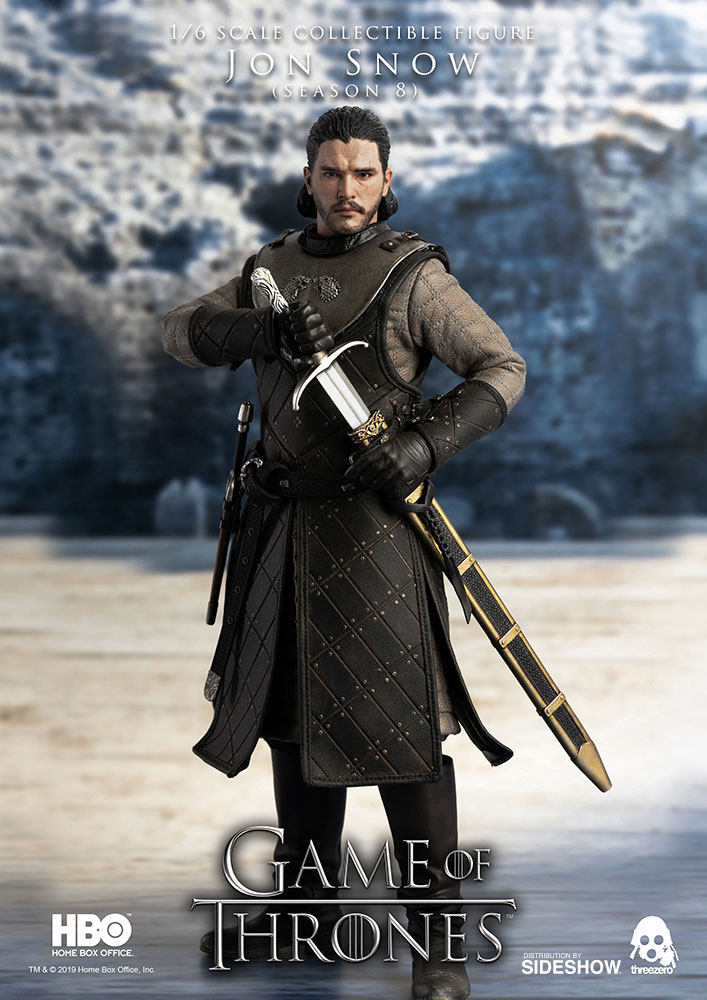 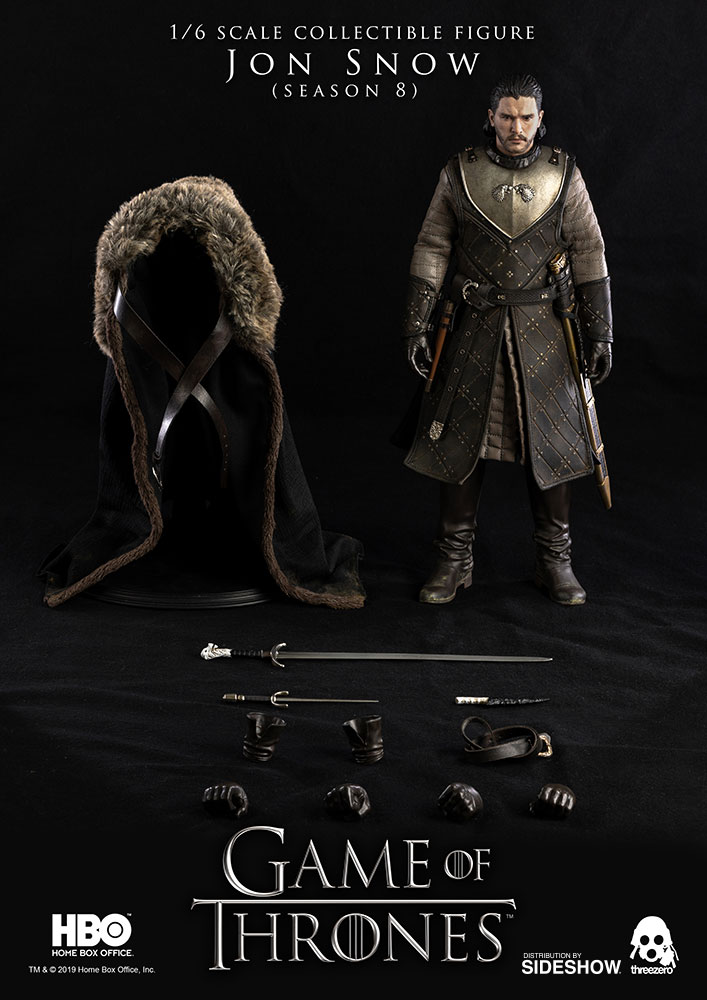 "Love is the death of duty."

Sideshow and Threezero are proud to present the Jon Snow Sixth Scale Collectible Figure from the HBO hit show Game of Thrones!

The Jon Snow Sixth Scale Figure stands approximately 11.5 ³ tall and features a highly realistic likeness of Kit Harington from the television series. Jon features a finely tailored Warden of the North outfit with a variety of weapons.

Don't miss your chance to add Jon Snow to your Game of Thrones collection!