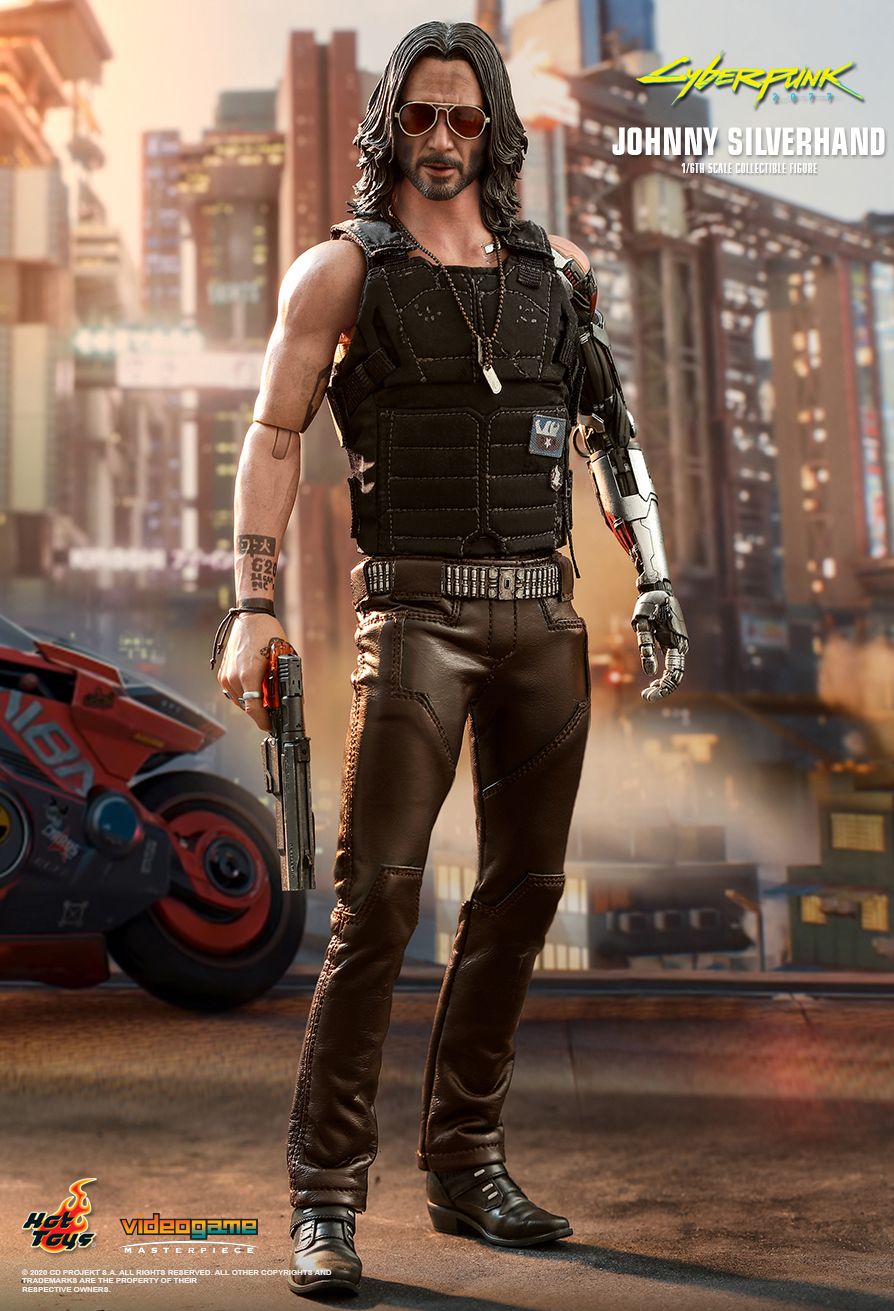 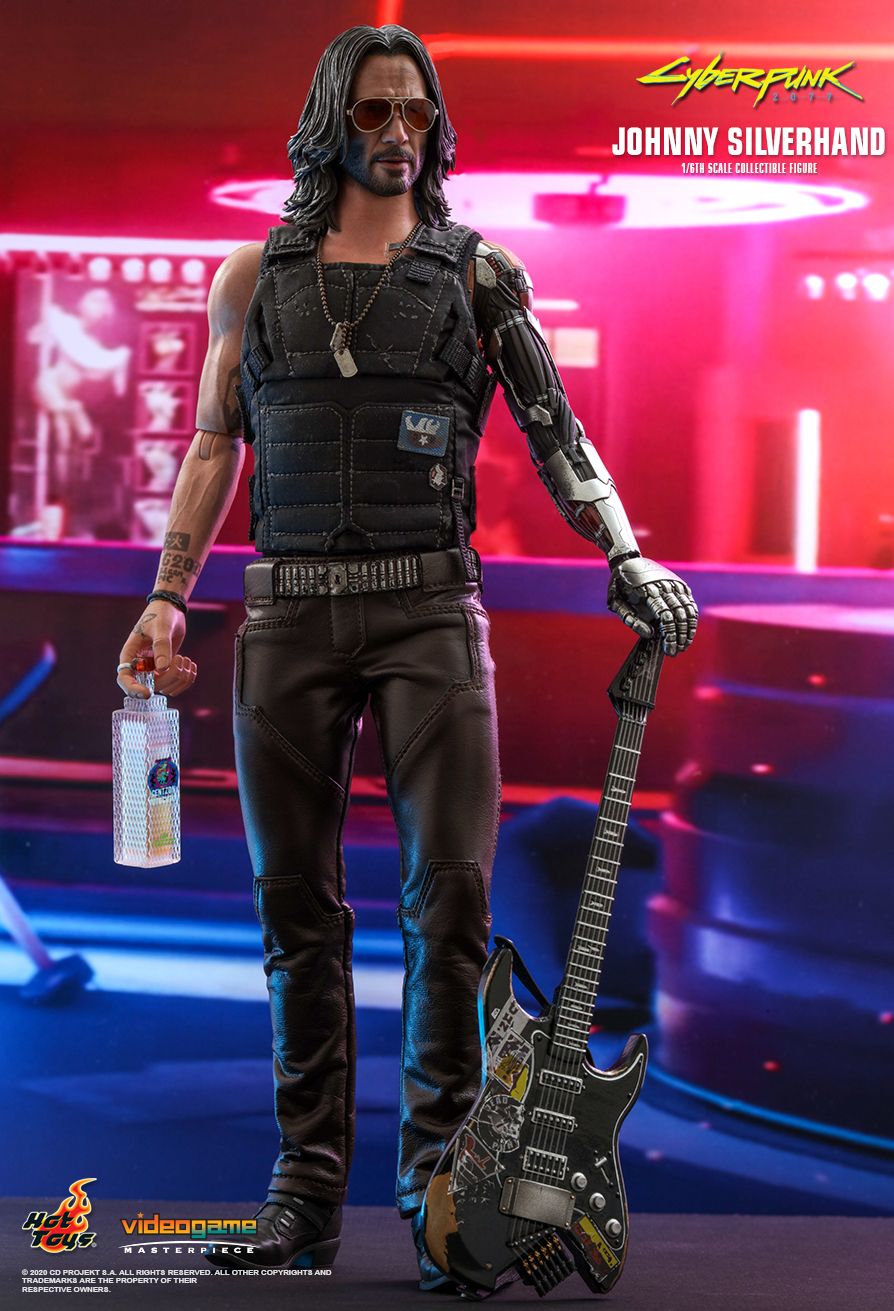 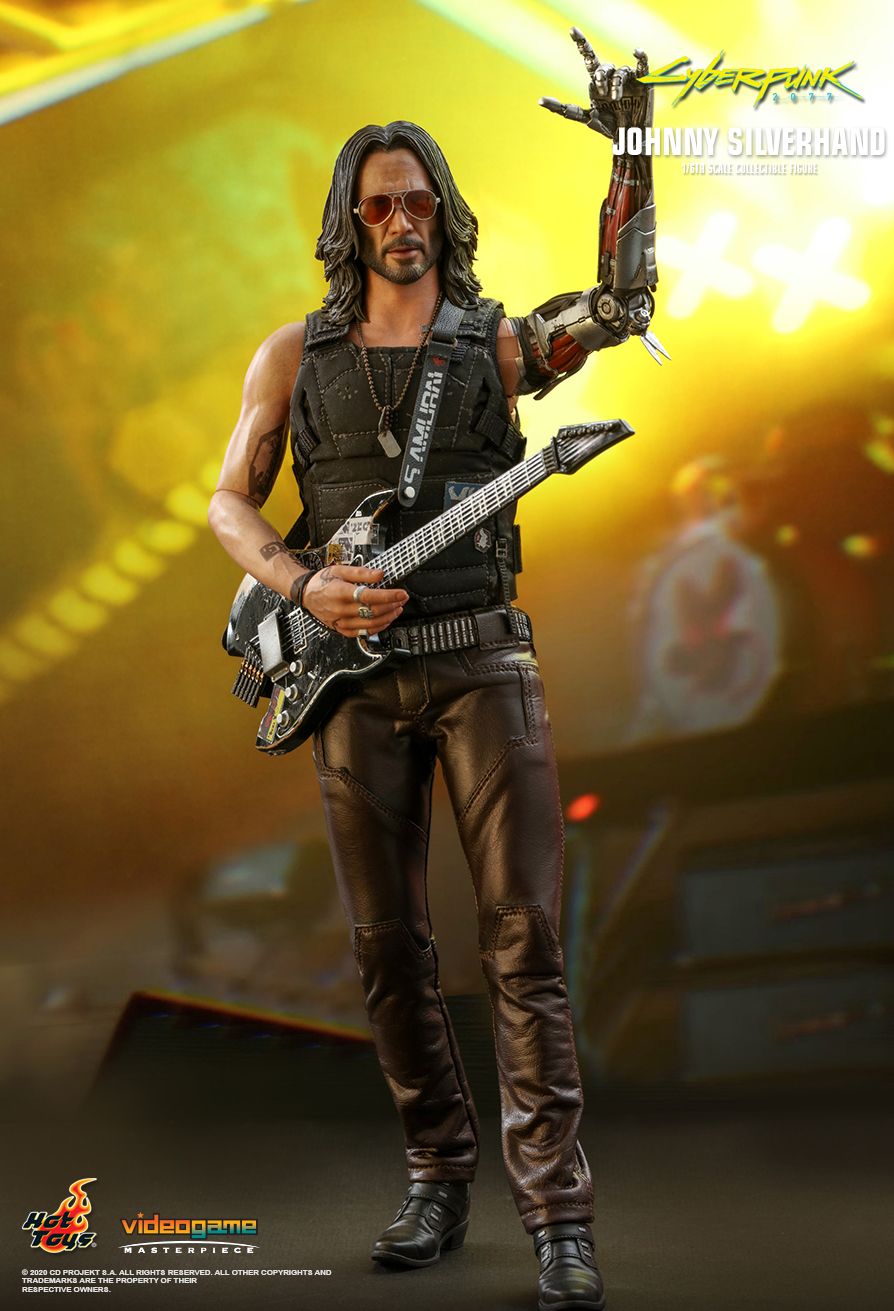 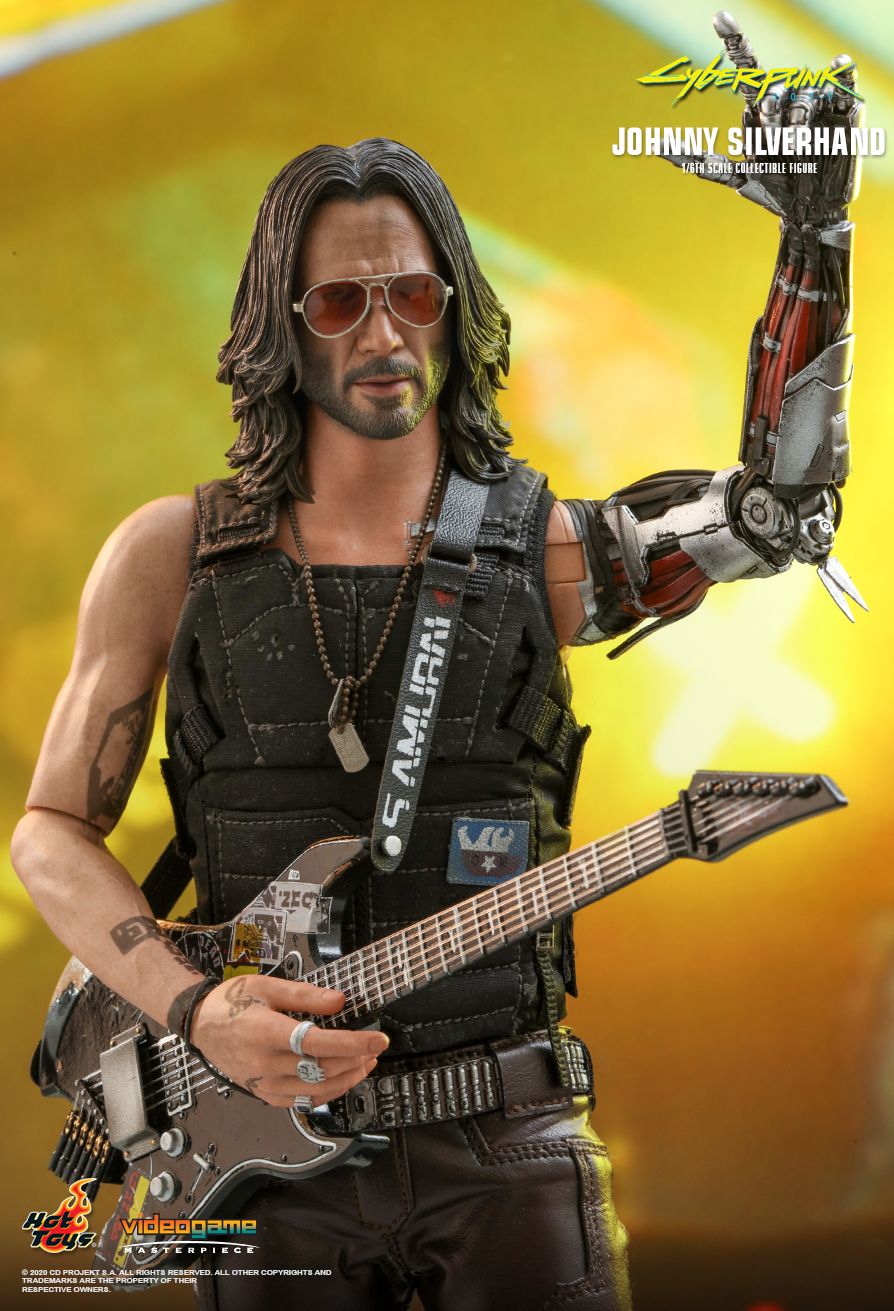 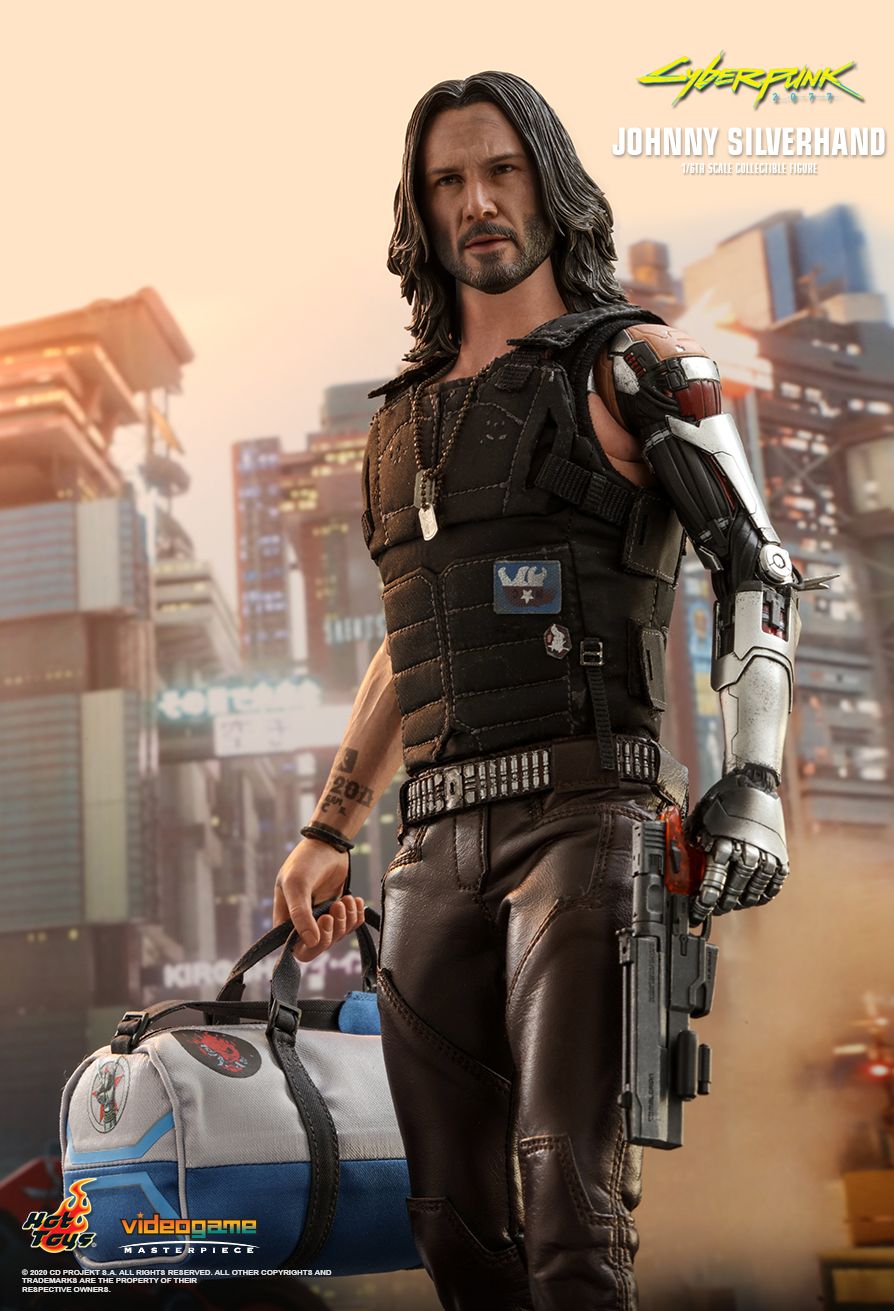 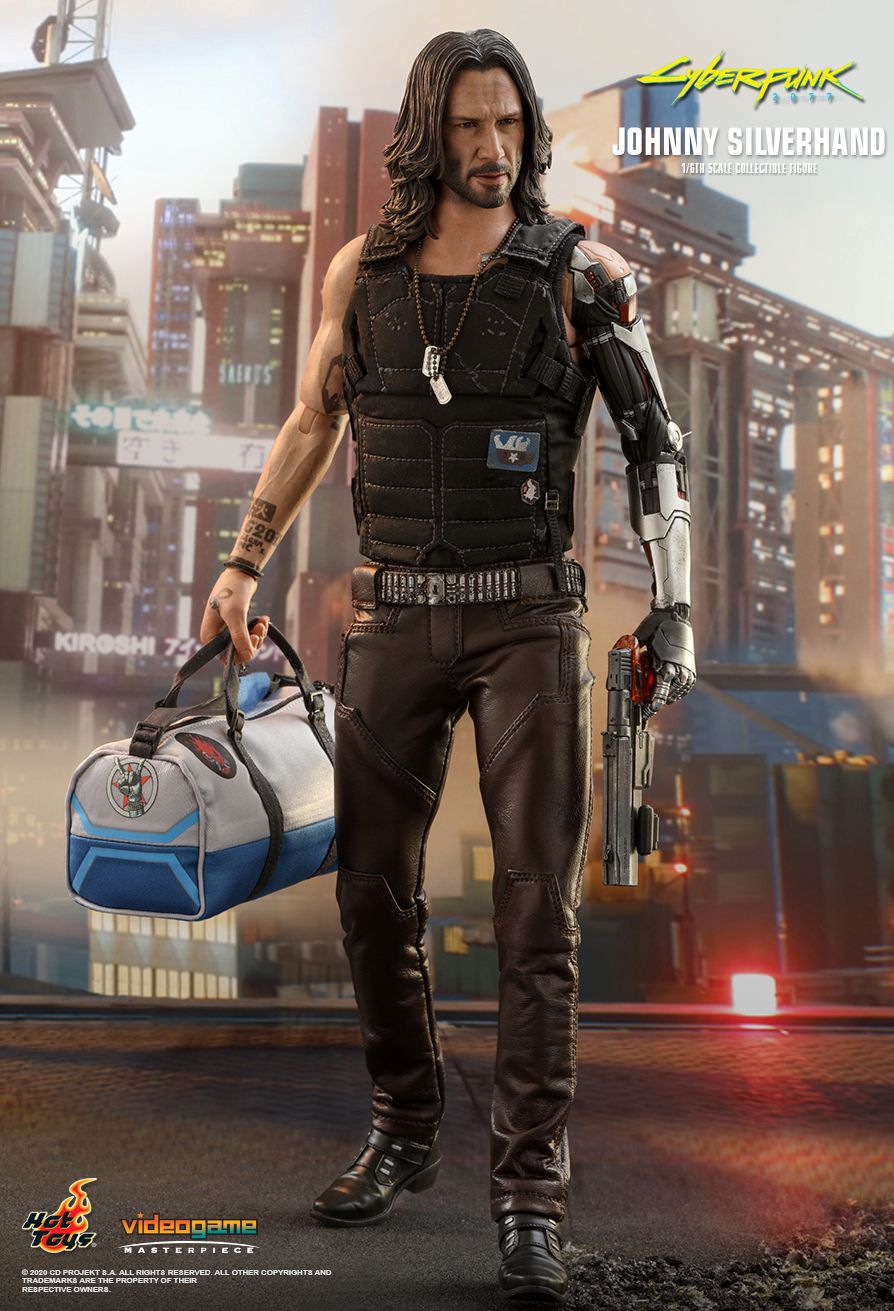 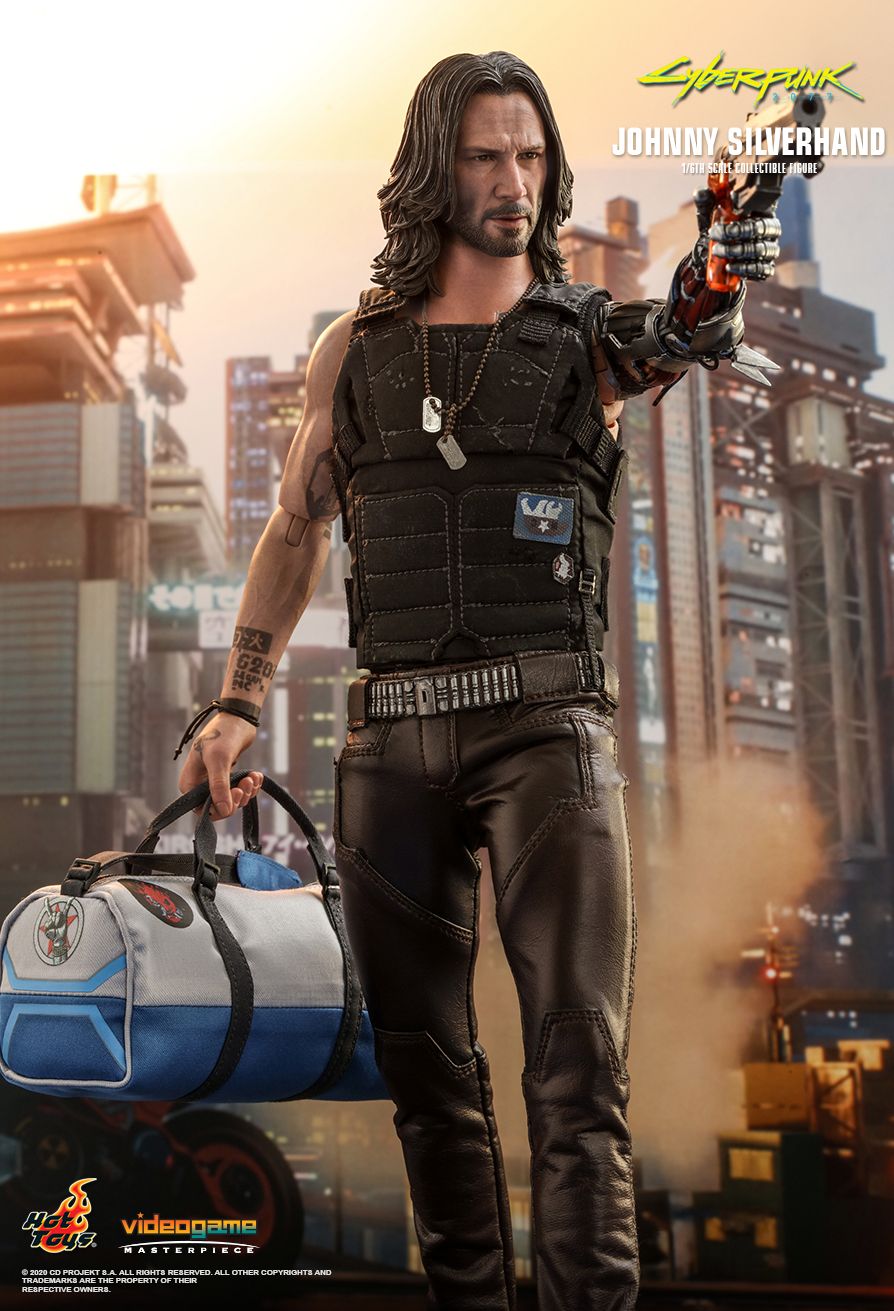 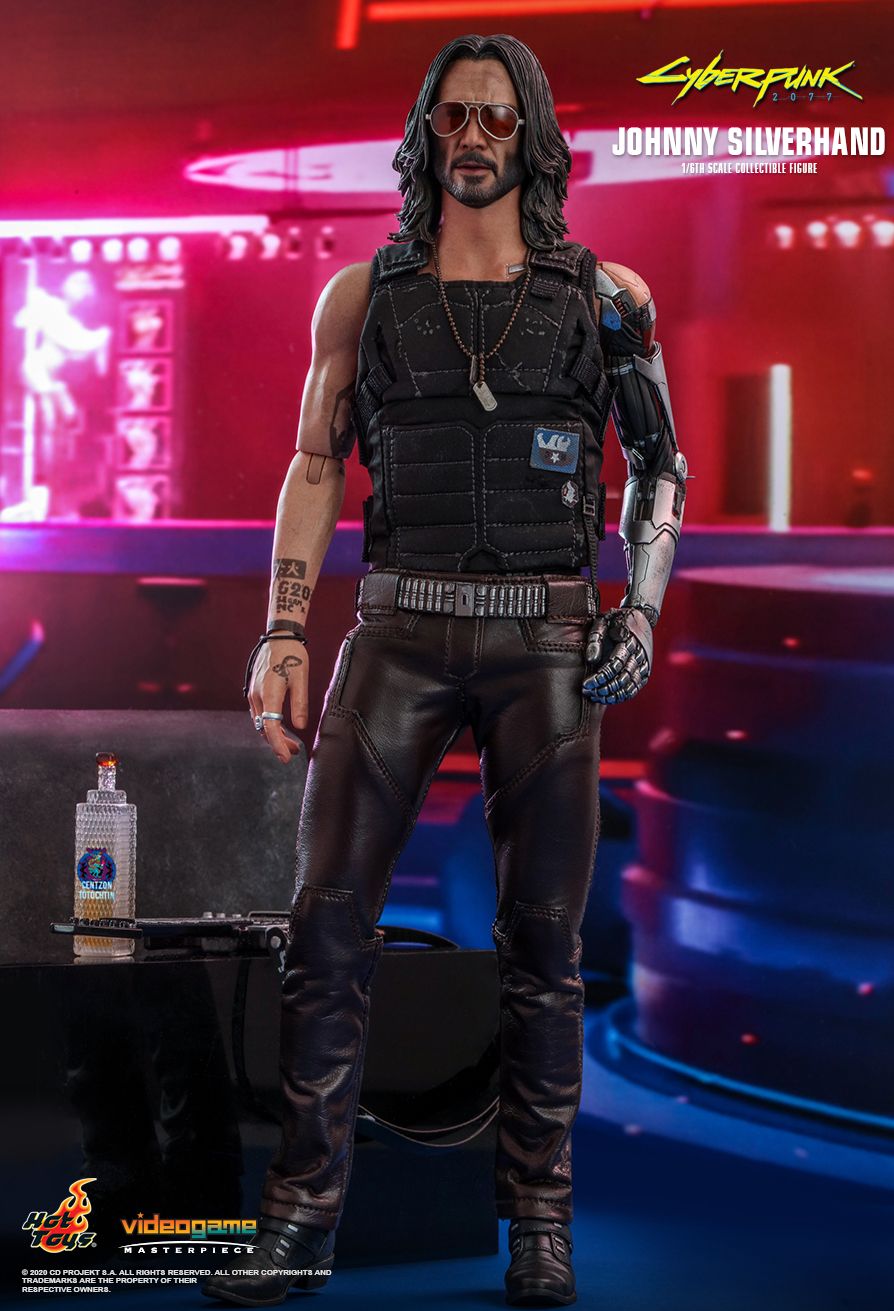 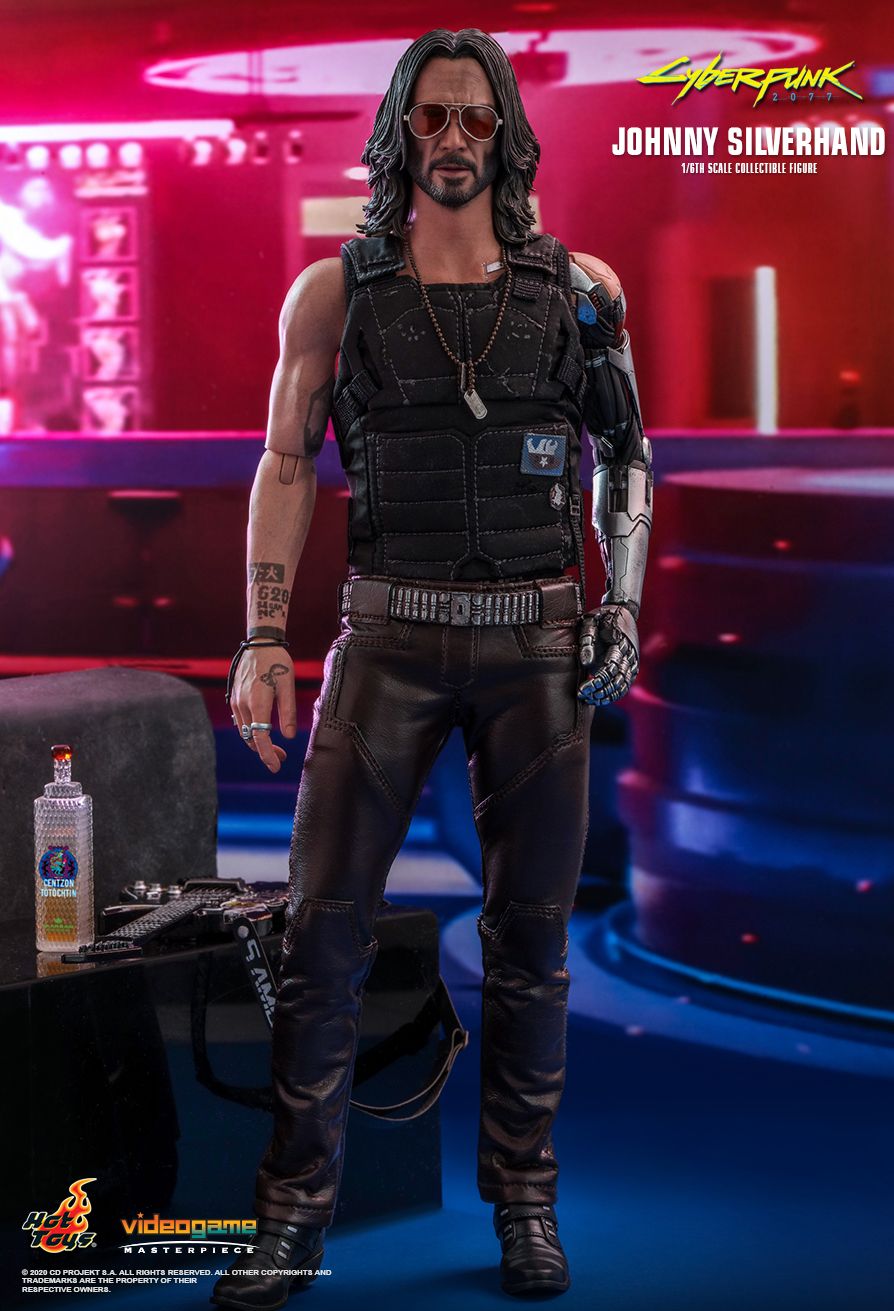 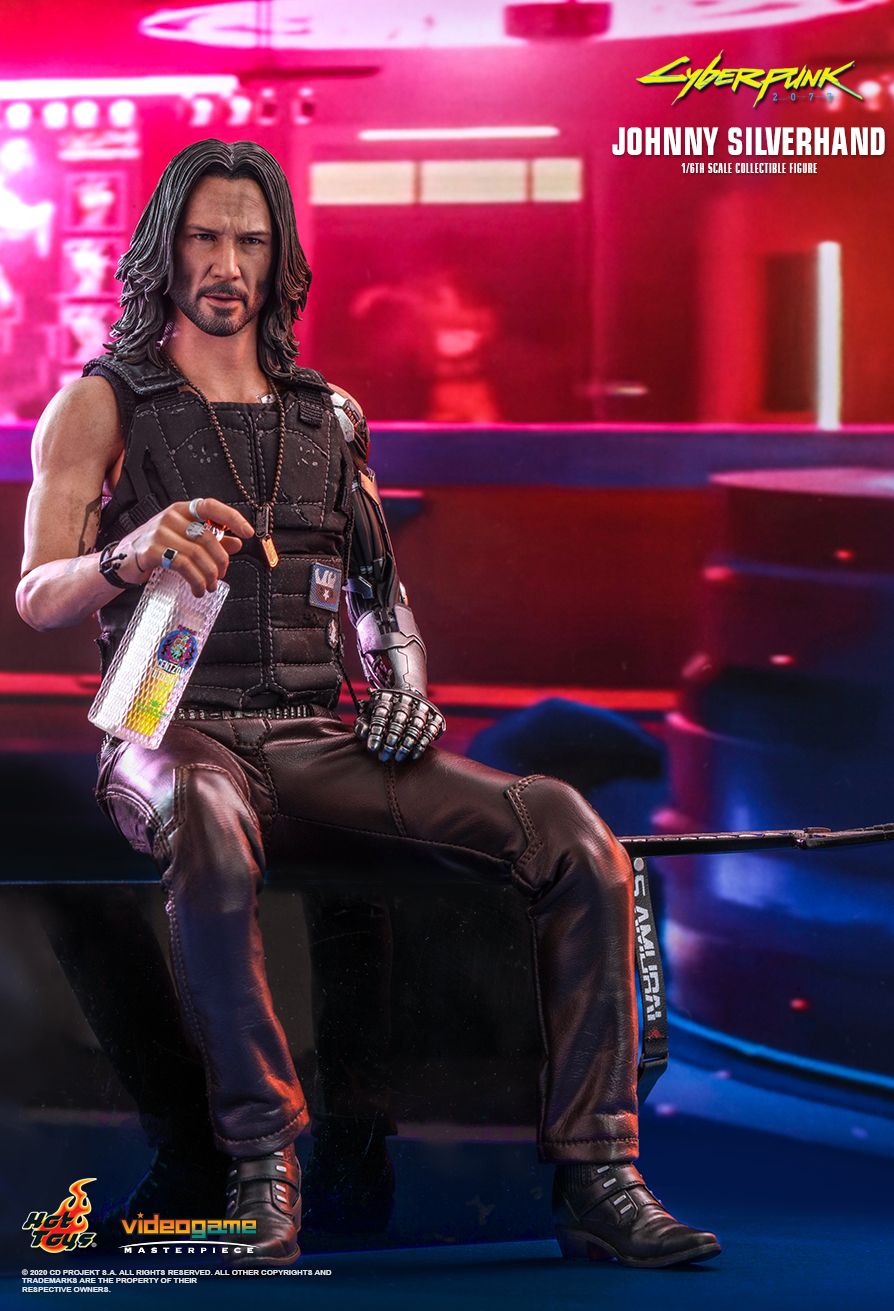 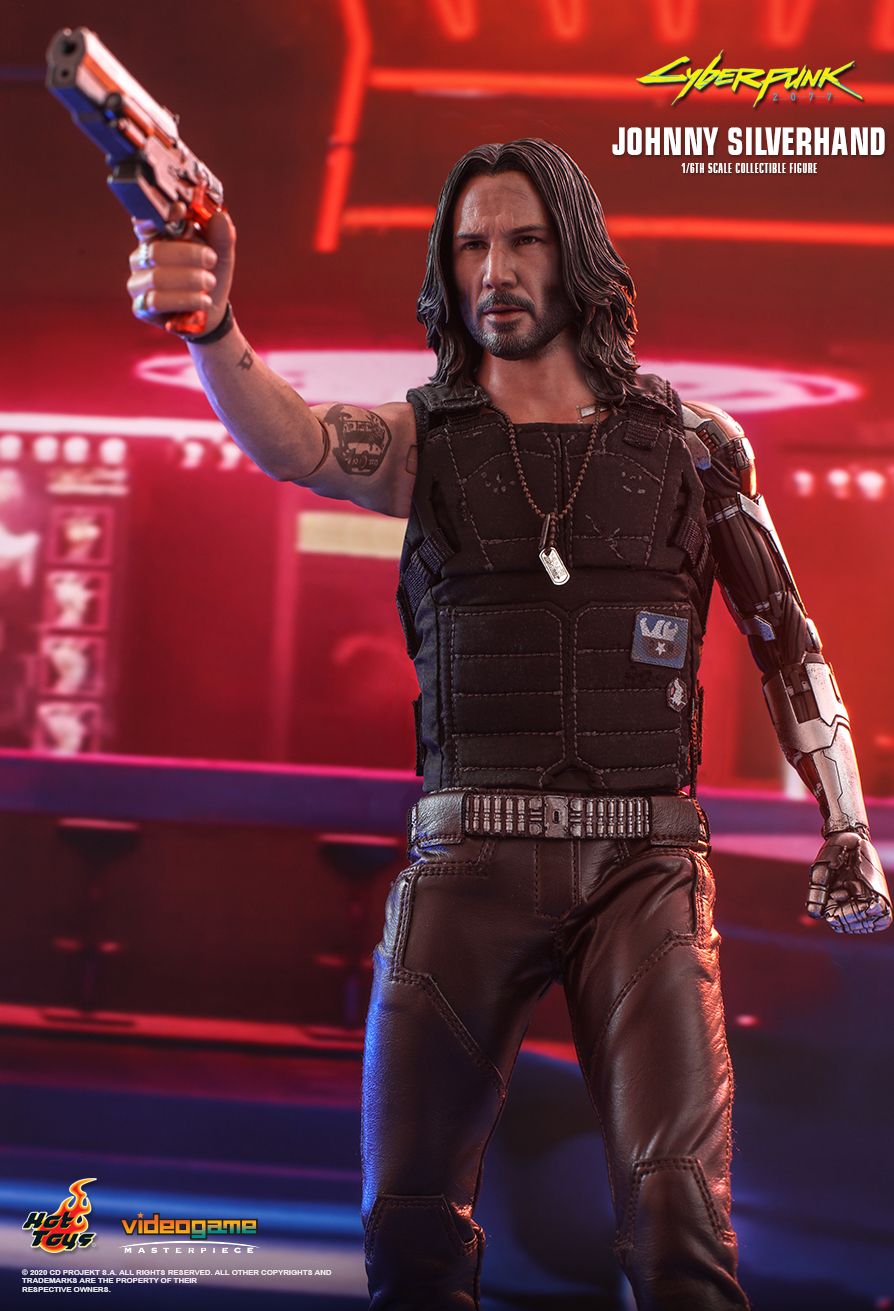 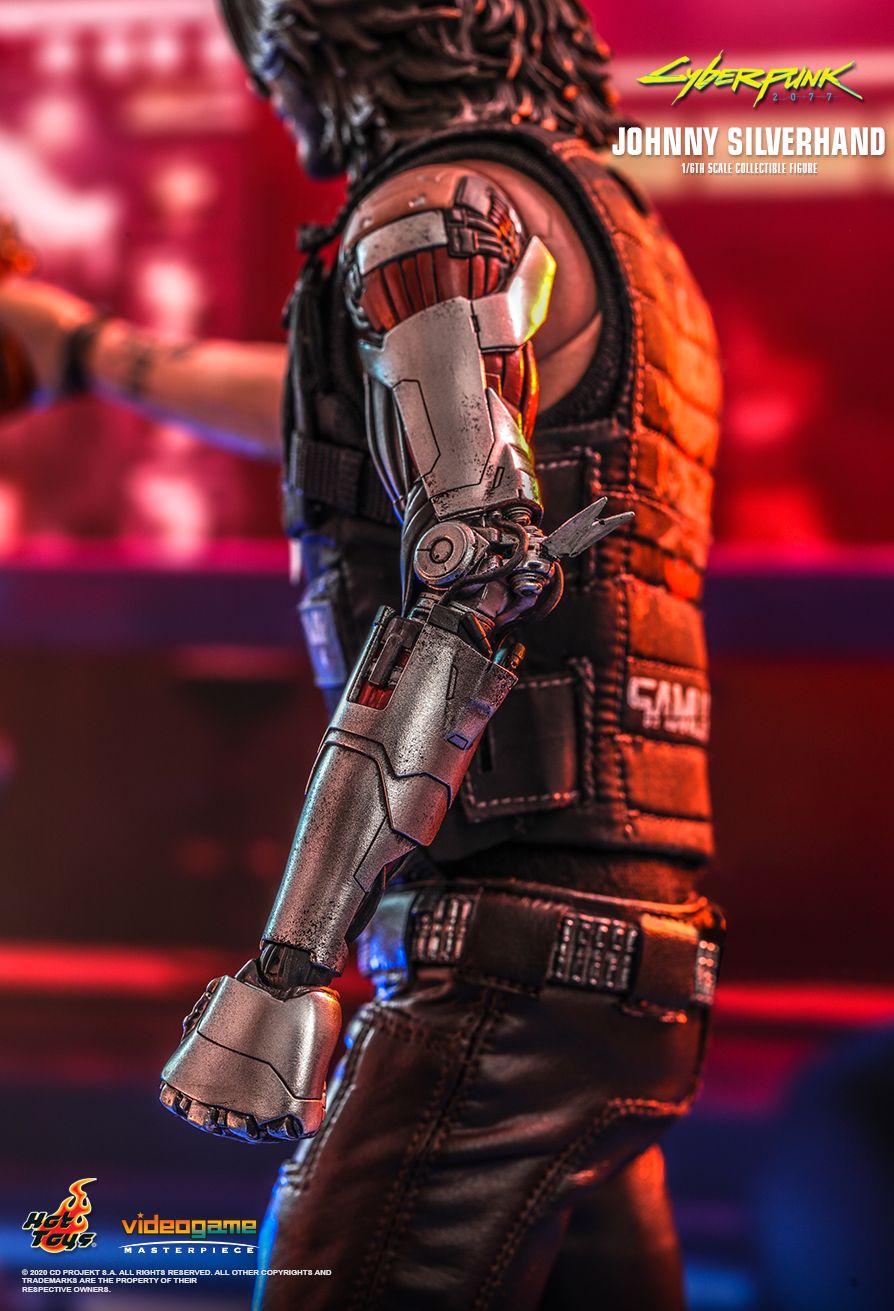 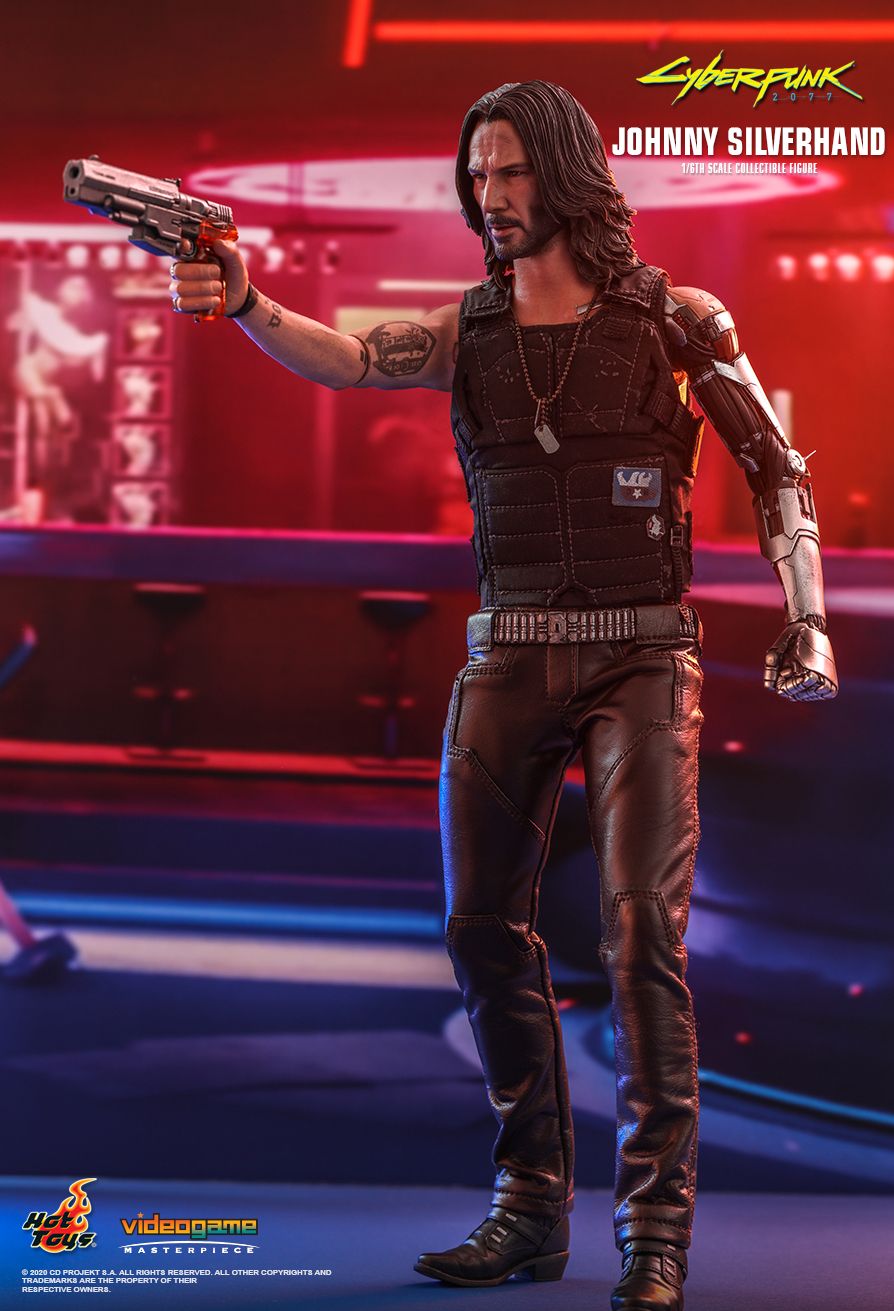 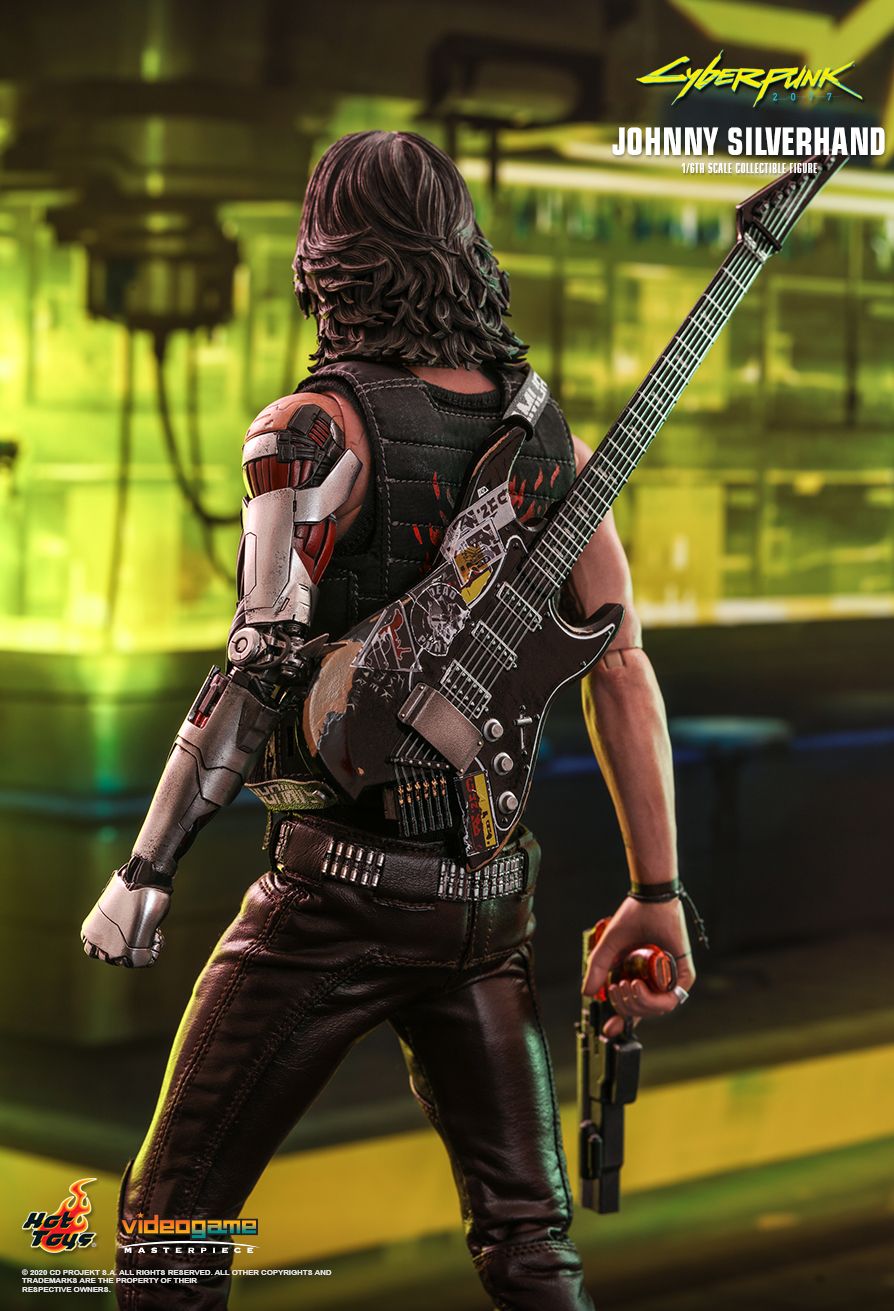 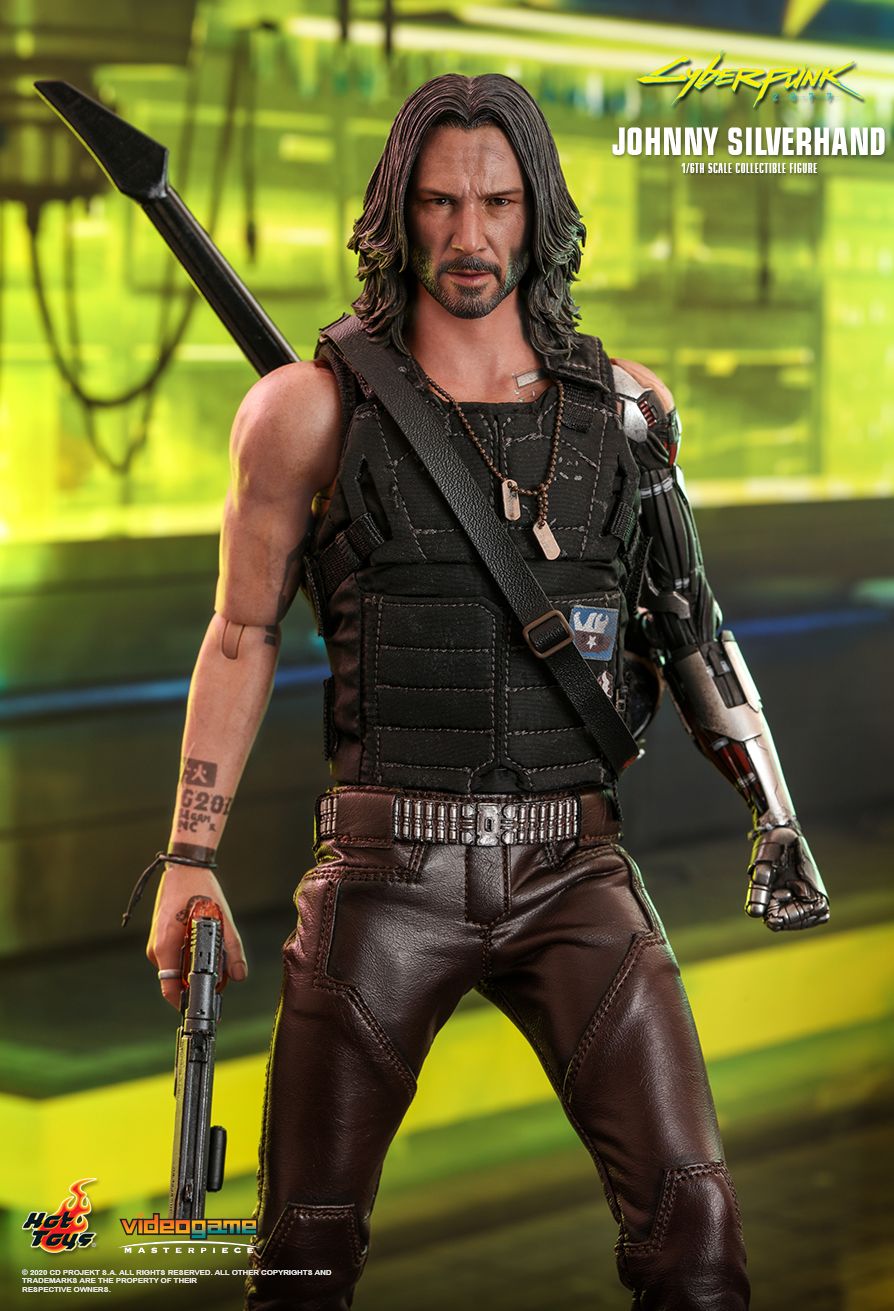 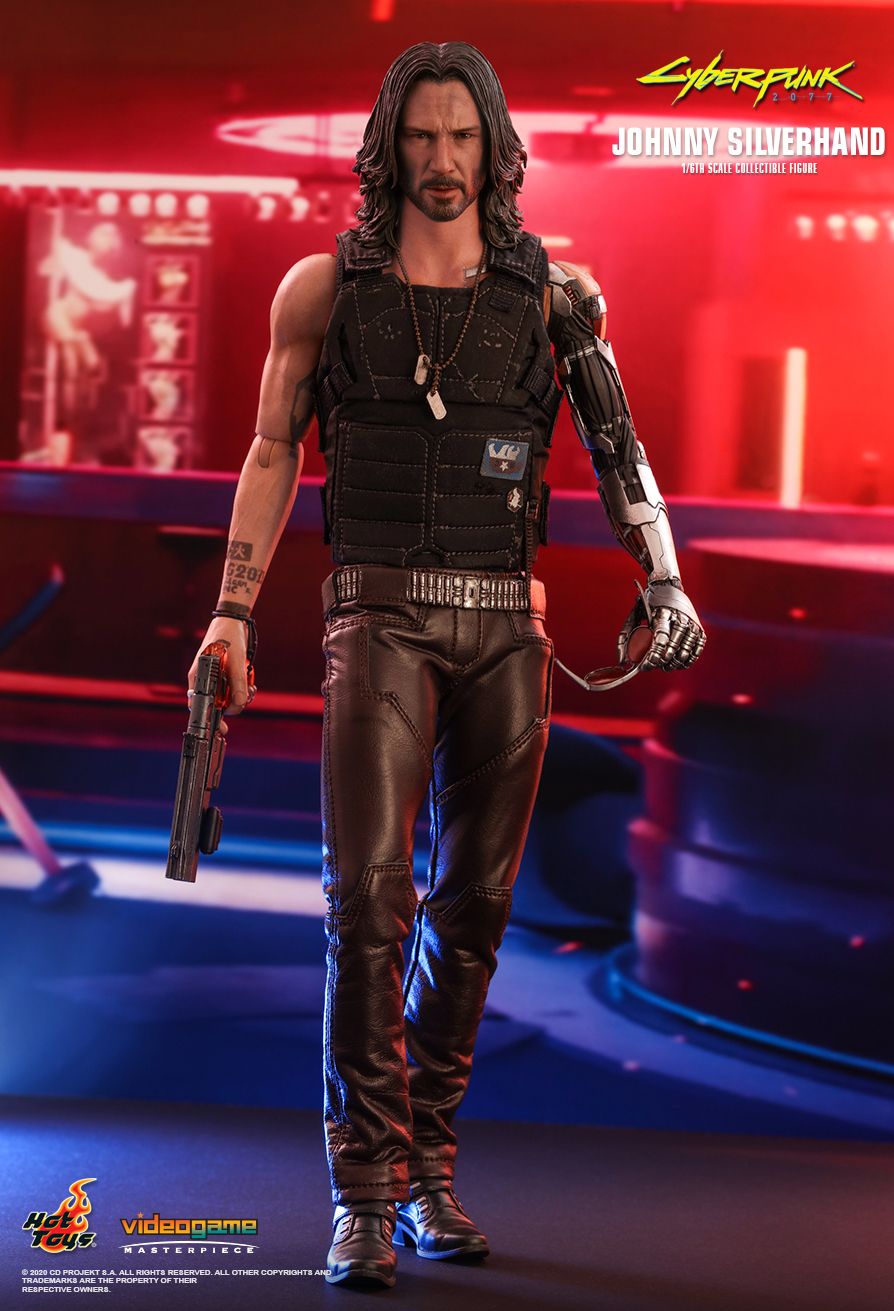 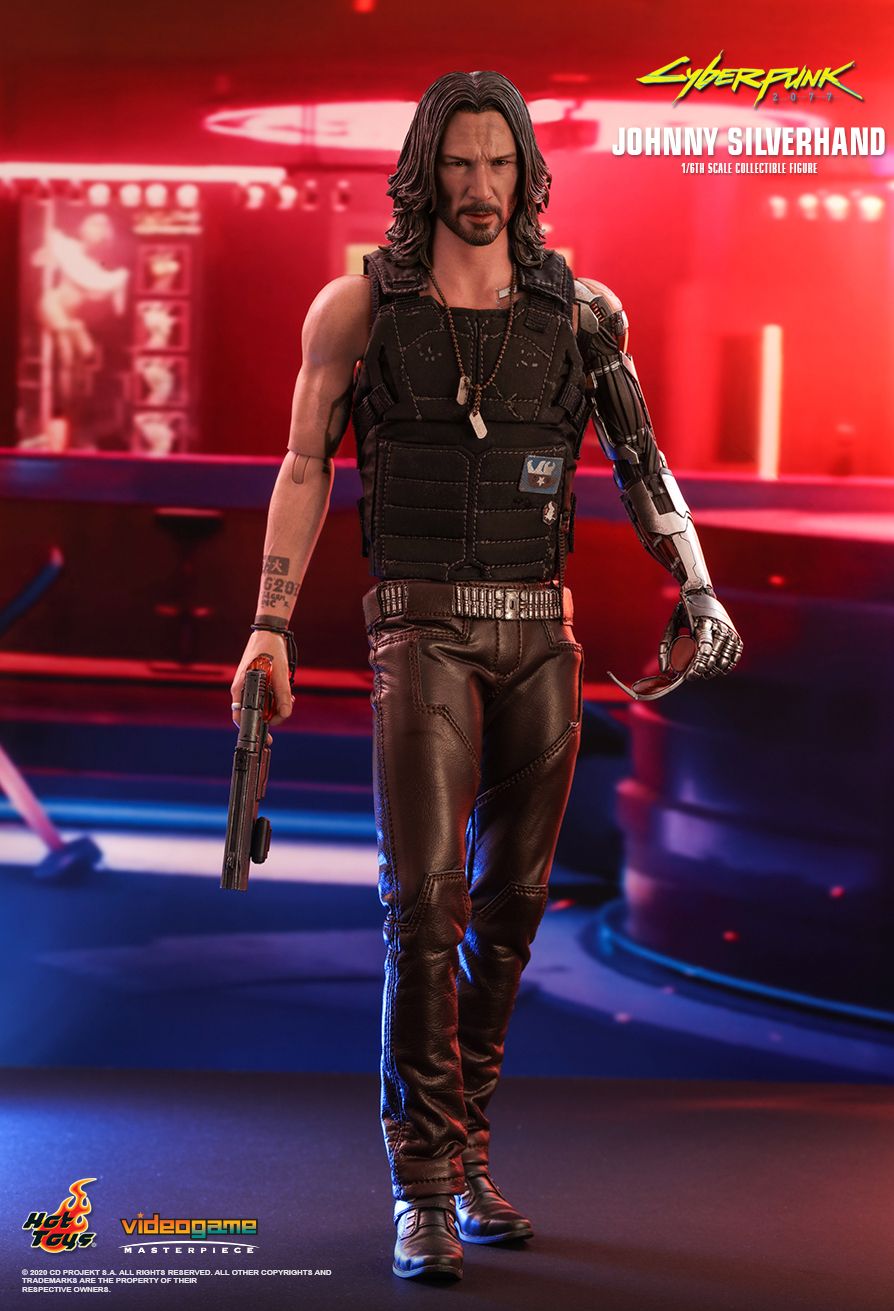 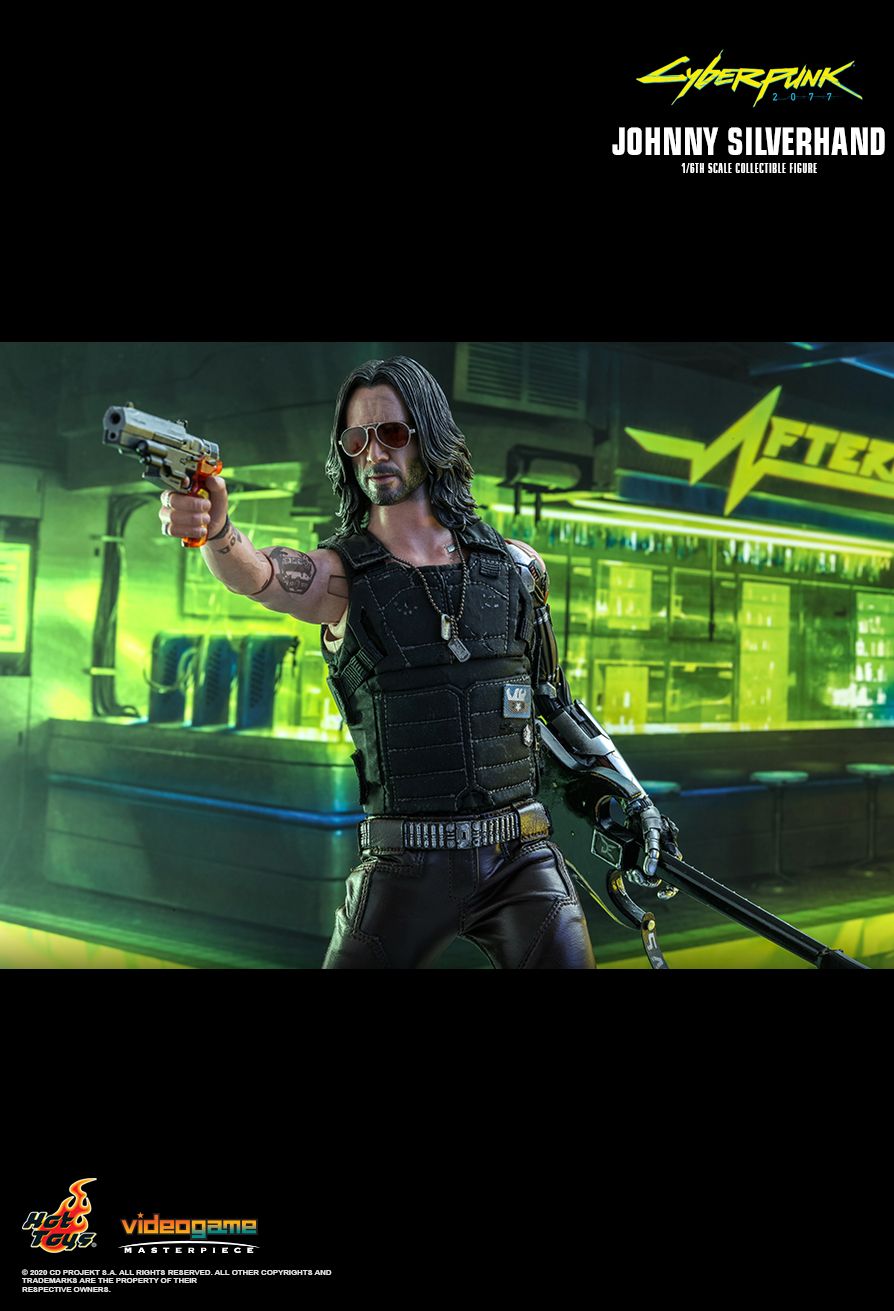 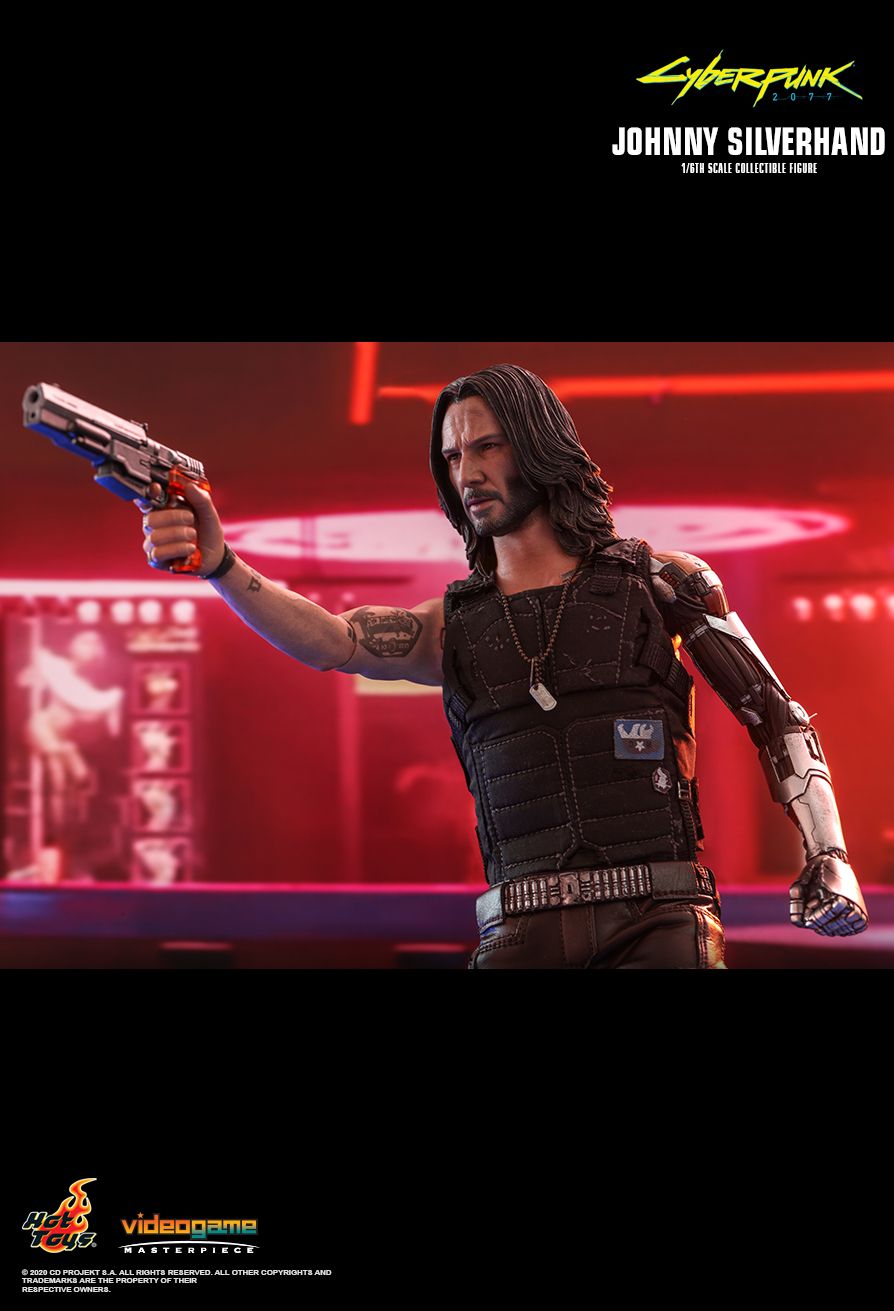 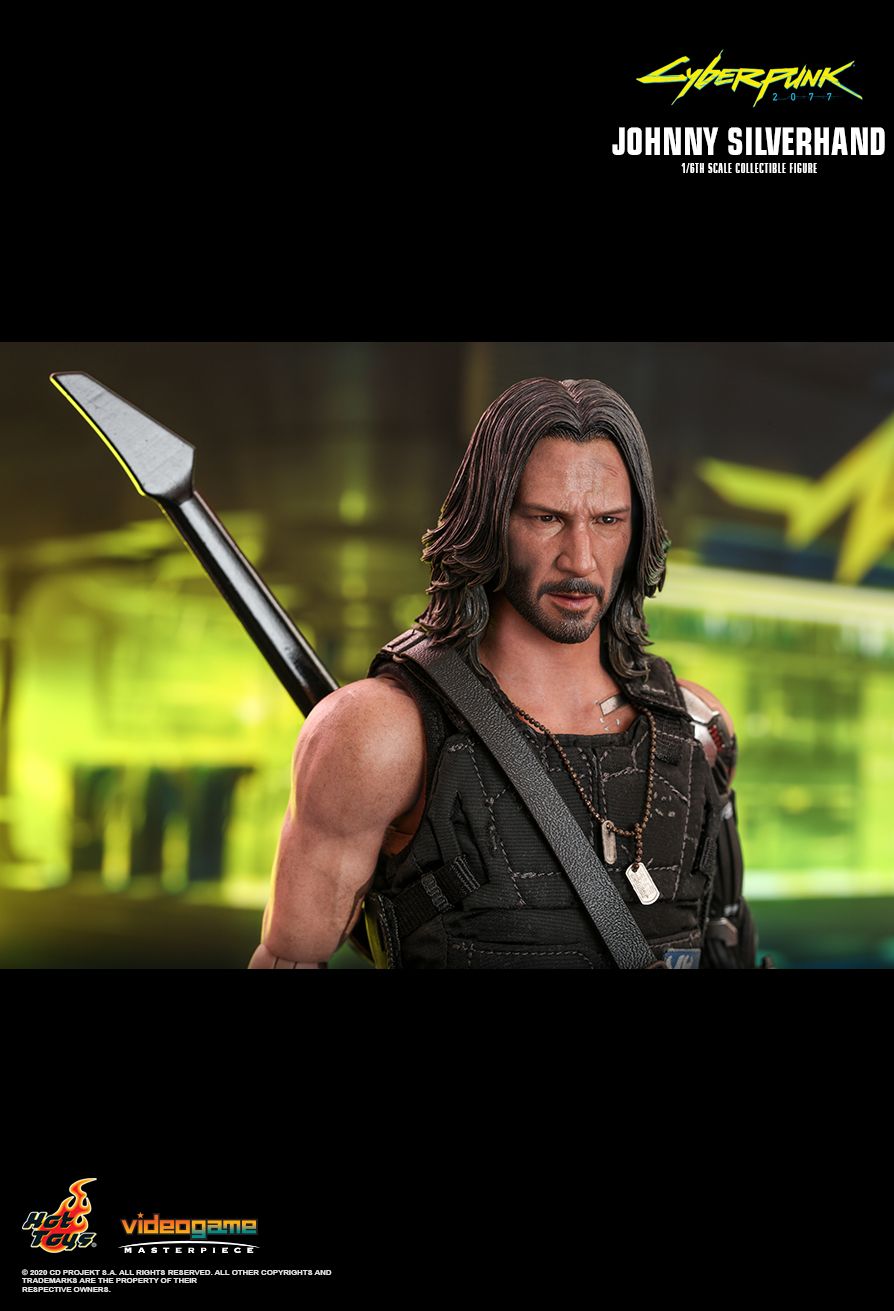 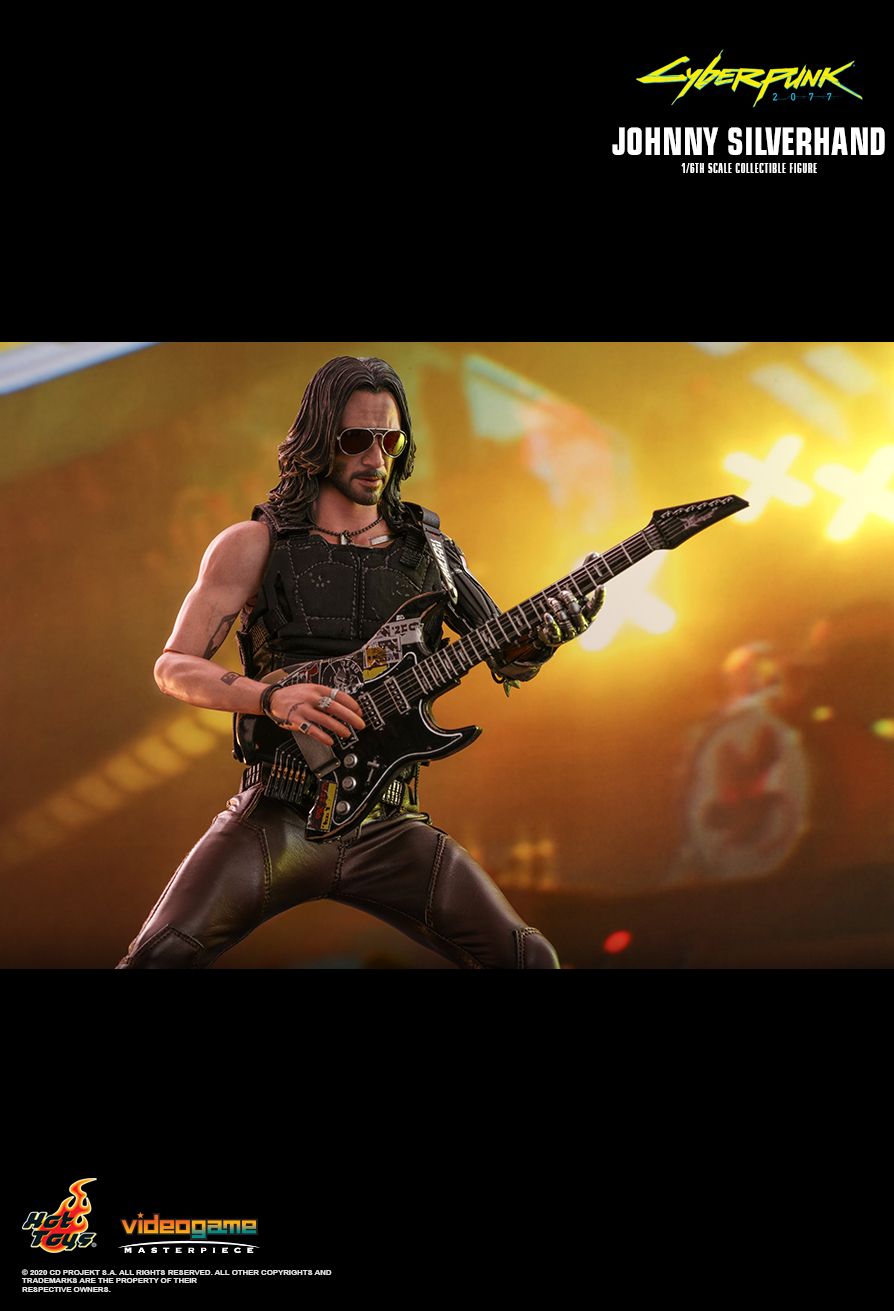 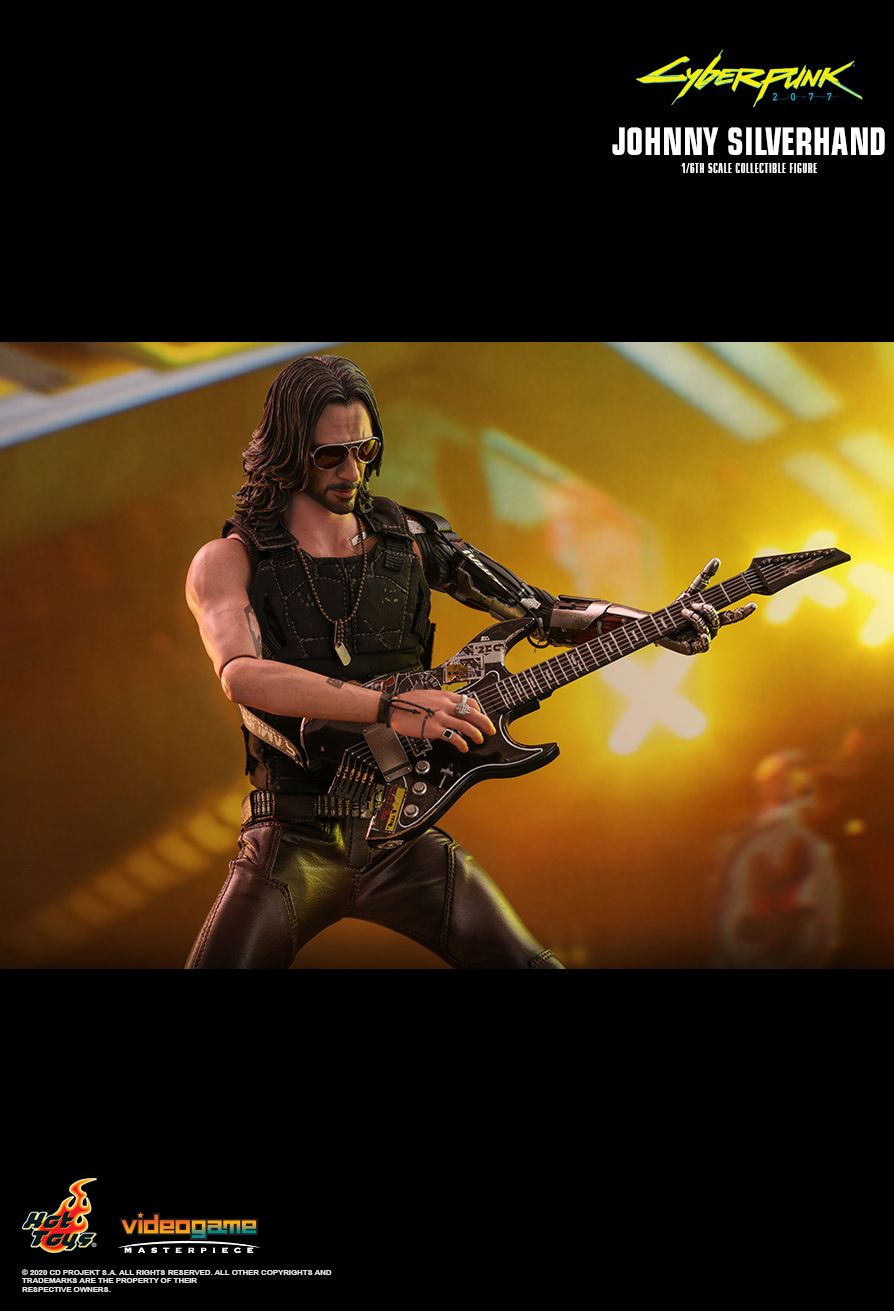 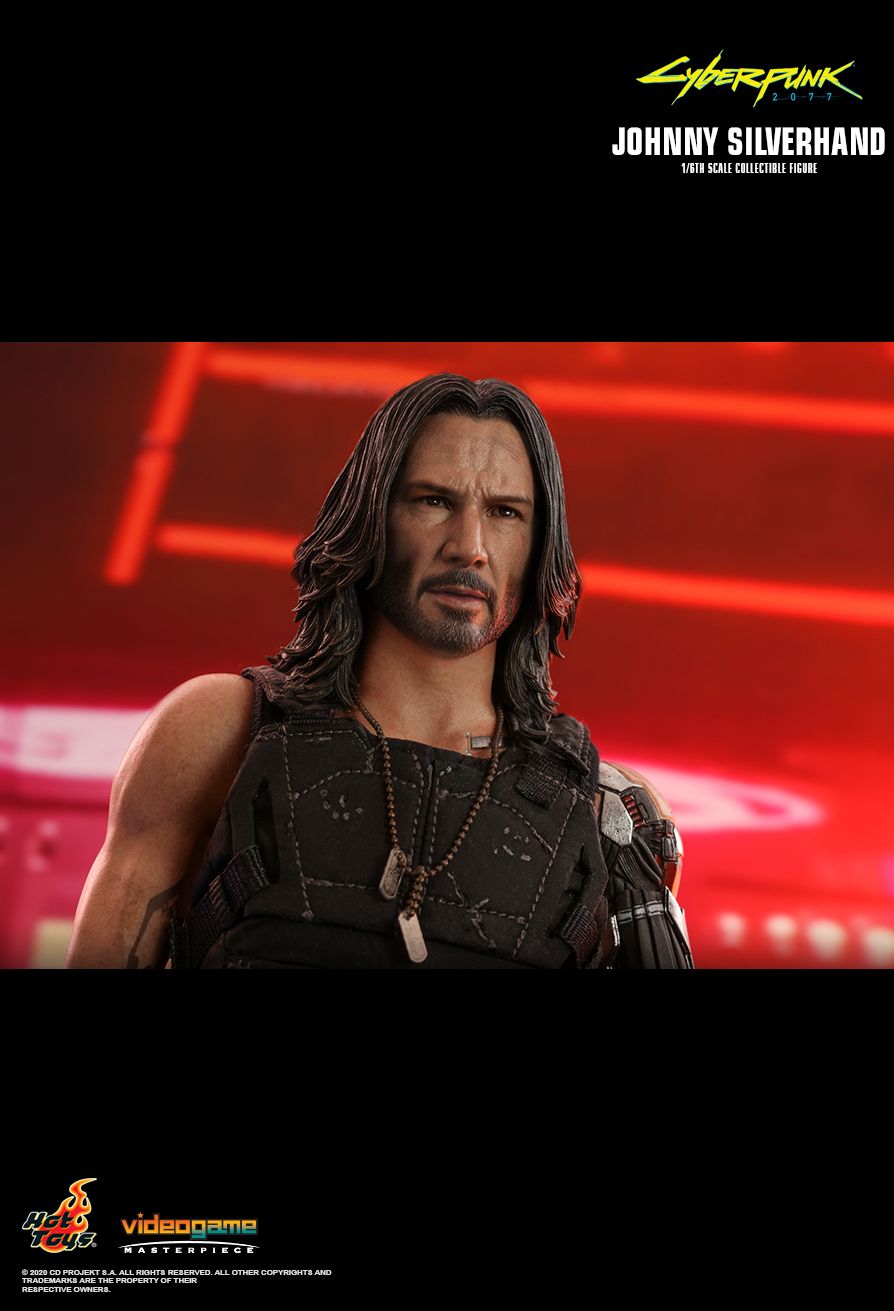 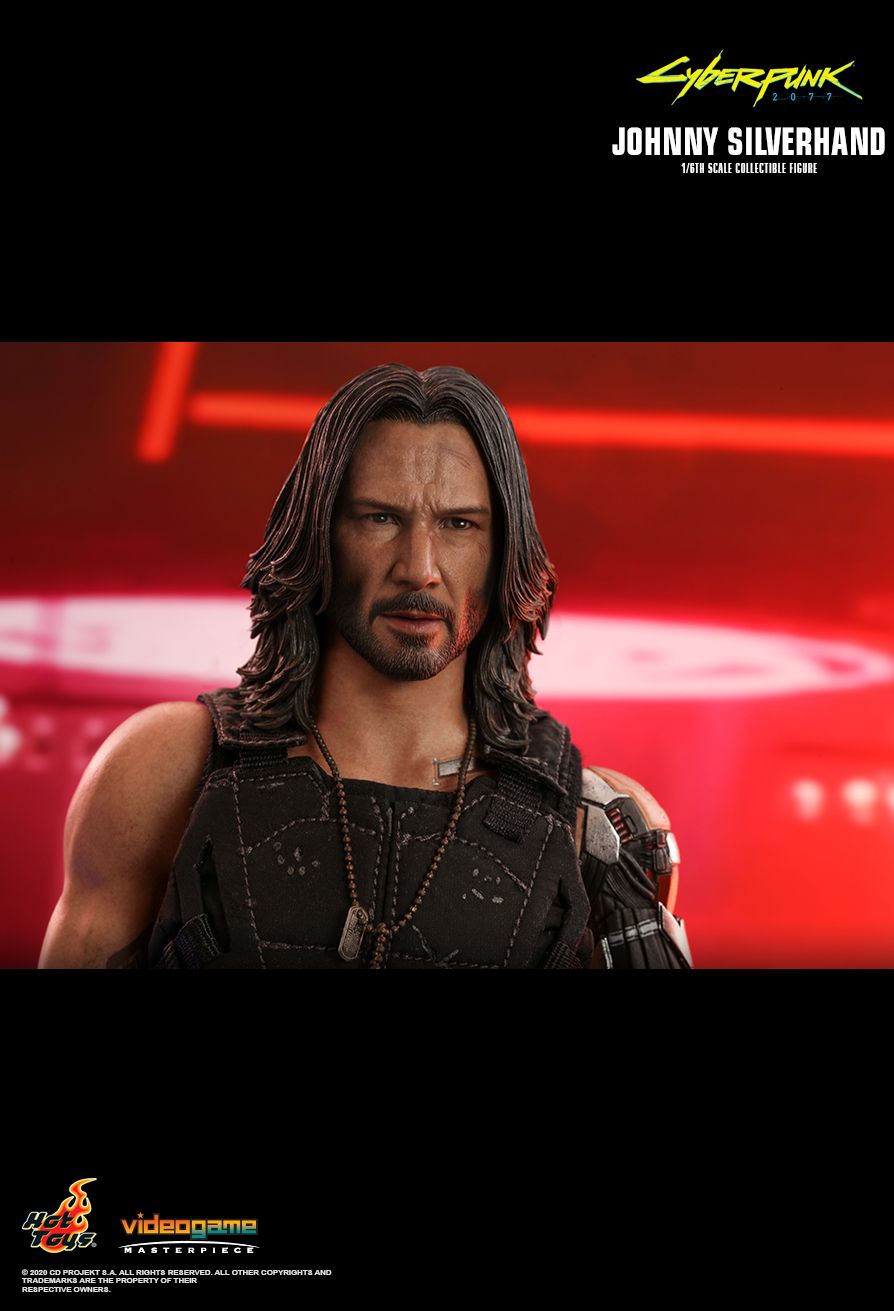 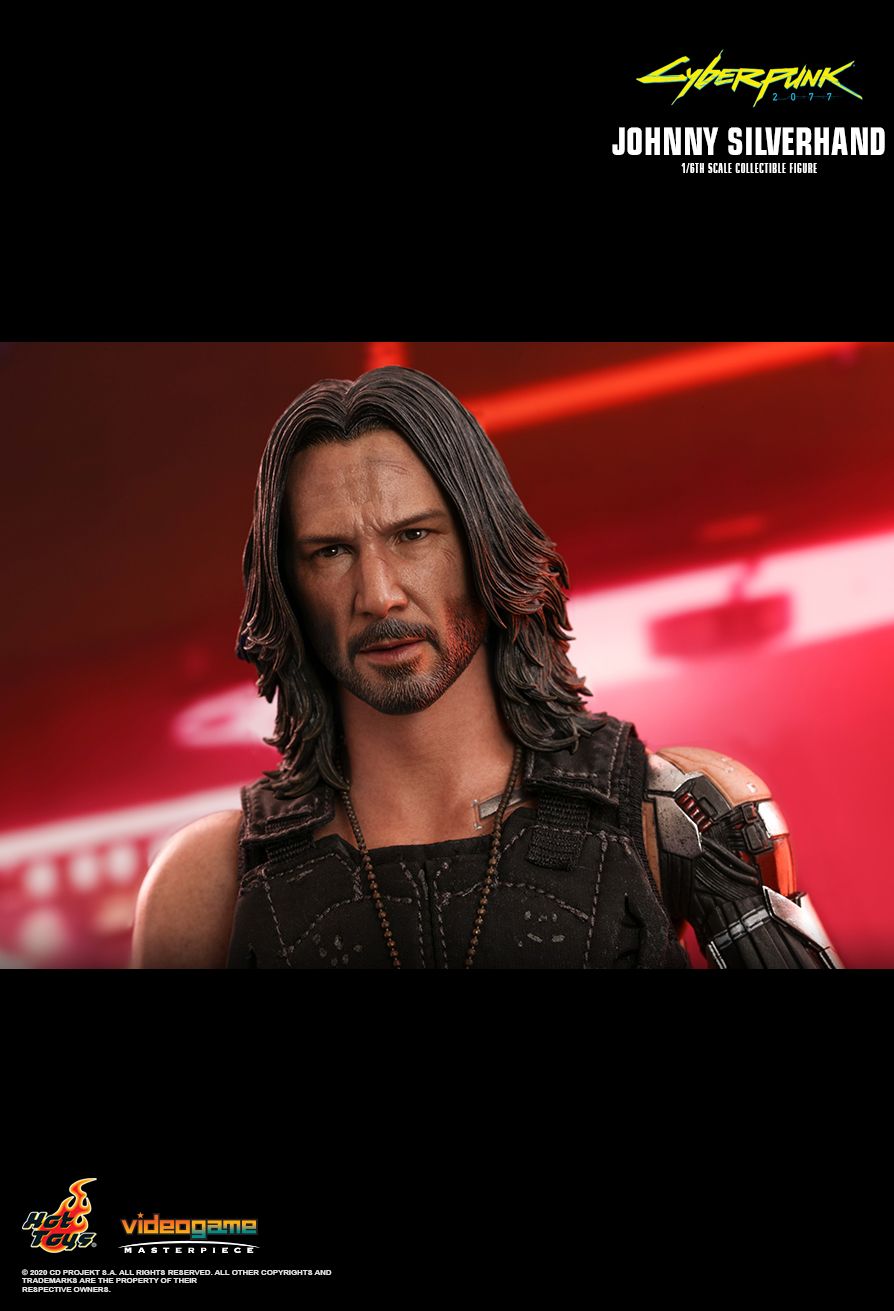 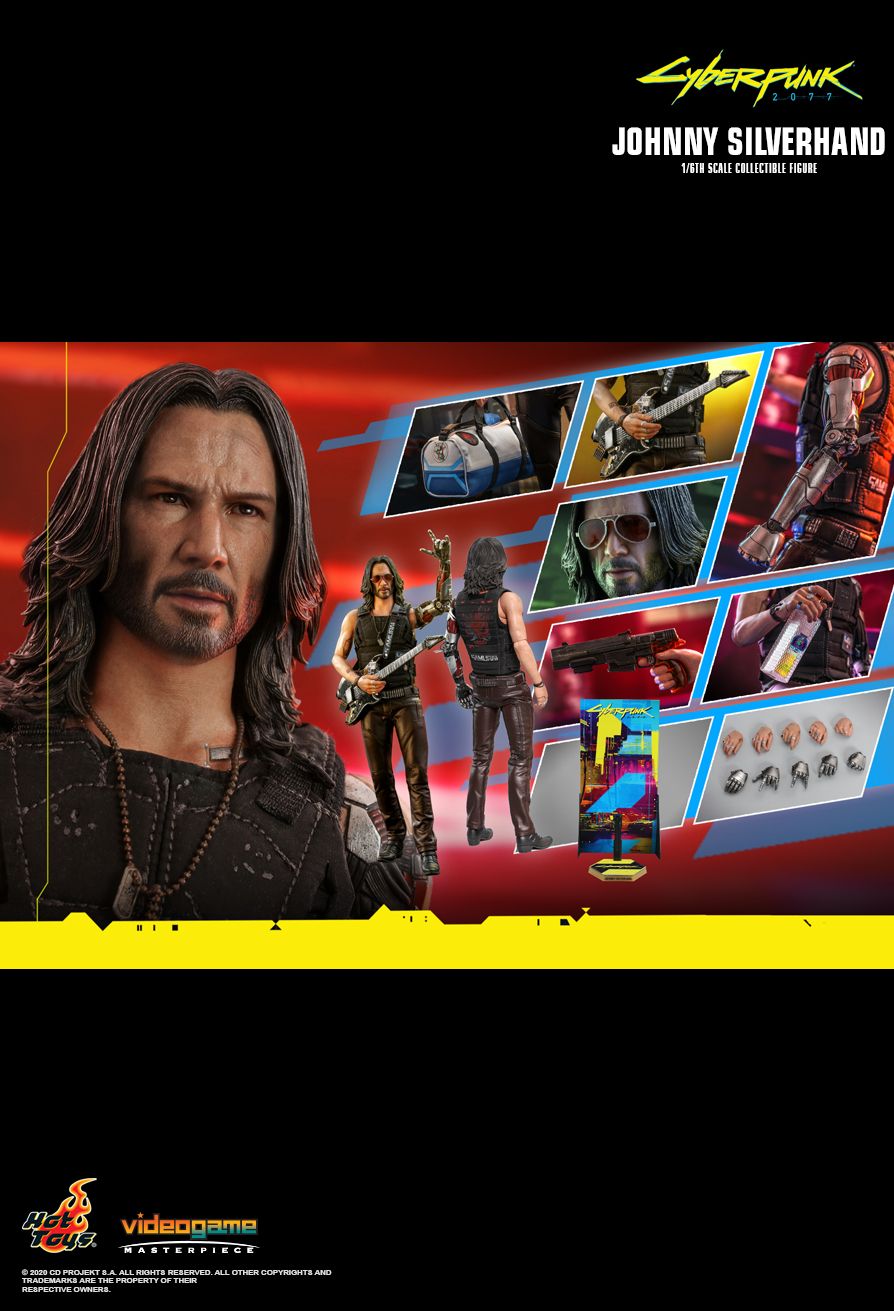 “Wake up, Samurai, we have a city to burn.” – Johnny Silverhand

In Cyberpunk 2077’s Night City, a megalopolis obsessed with power, glamour, and body modification, fans will become V a mercenary outlaw to experience a prototype chip implant that leads to immortality while making unexpected connections with Johnny Silverhand the legendary Rockerboy!

Meticulously crafted based on the appearance of Johnny Silverhand’s appearance portrayed by Keanu Reeves in the videogame, the figure features a newly developed head sculpt with excellent workmanship; newly designed figure body with cybernetic arm and tattoos; Johnny’s iconic outfit with fine details with weathering effects; an array of signature weapons and accessories including the Malorian pistol, guitar with strap, duffel bag, a bottle of liquor, sunglasses, interchangeable hands for poses, a figure stand with themed character backdrop for display.

He is breathtaking! Recruit the figure of Johnny Silverhand to build your own city today!

Ten (10) pieces of interchangeable hands including: