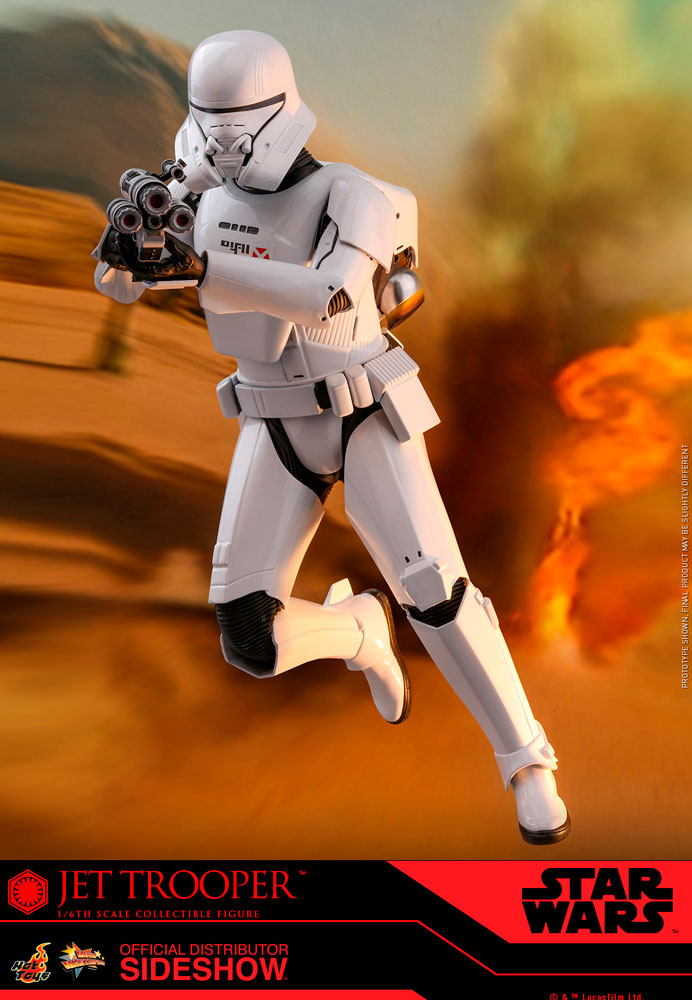 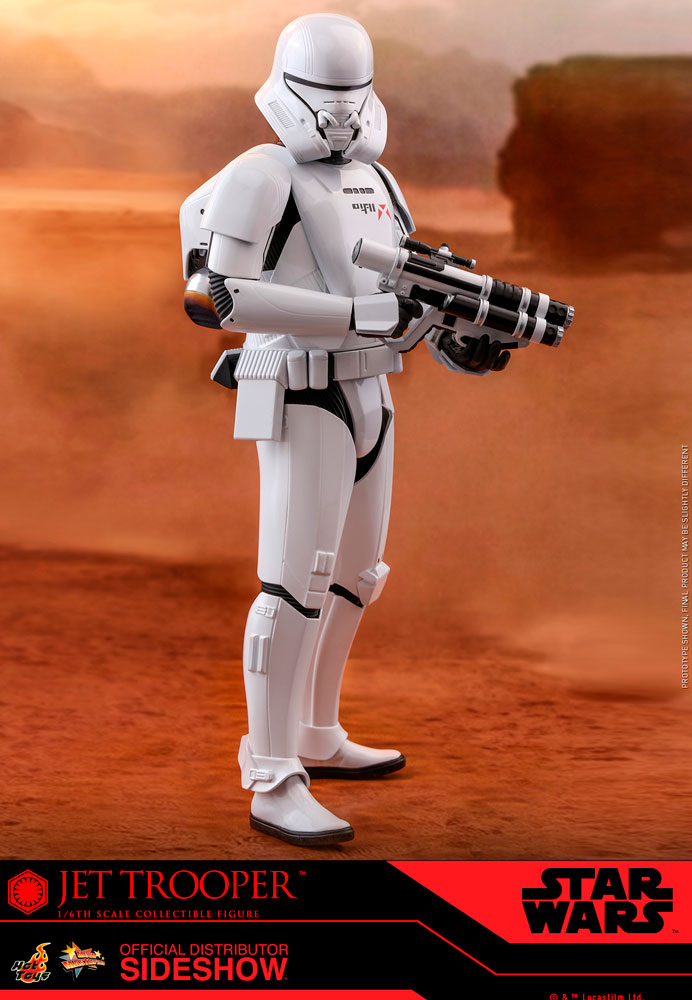 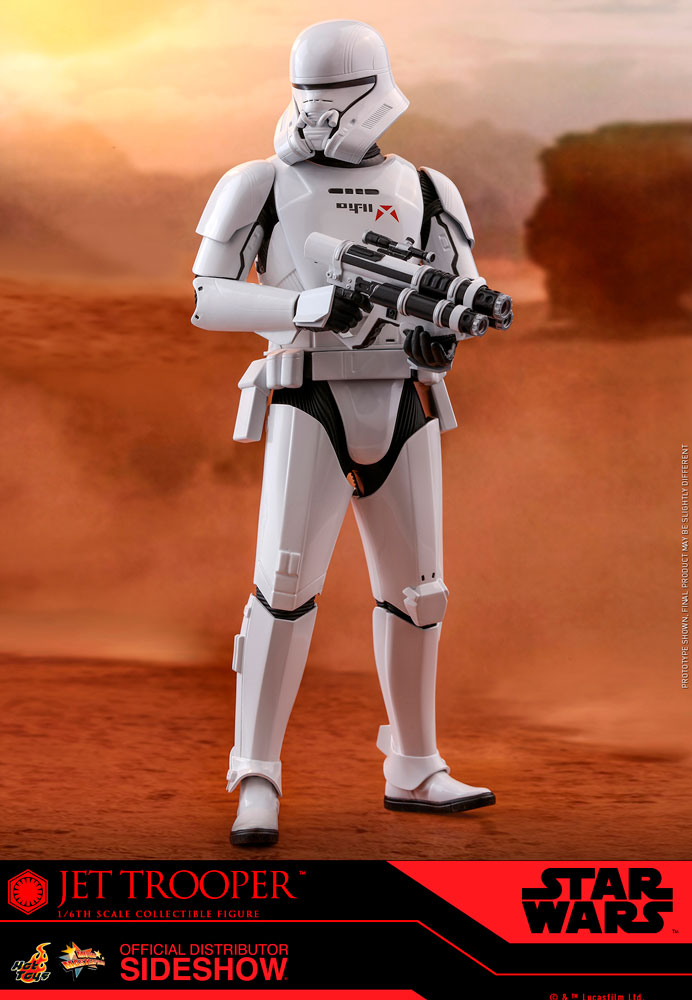 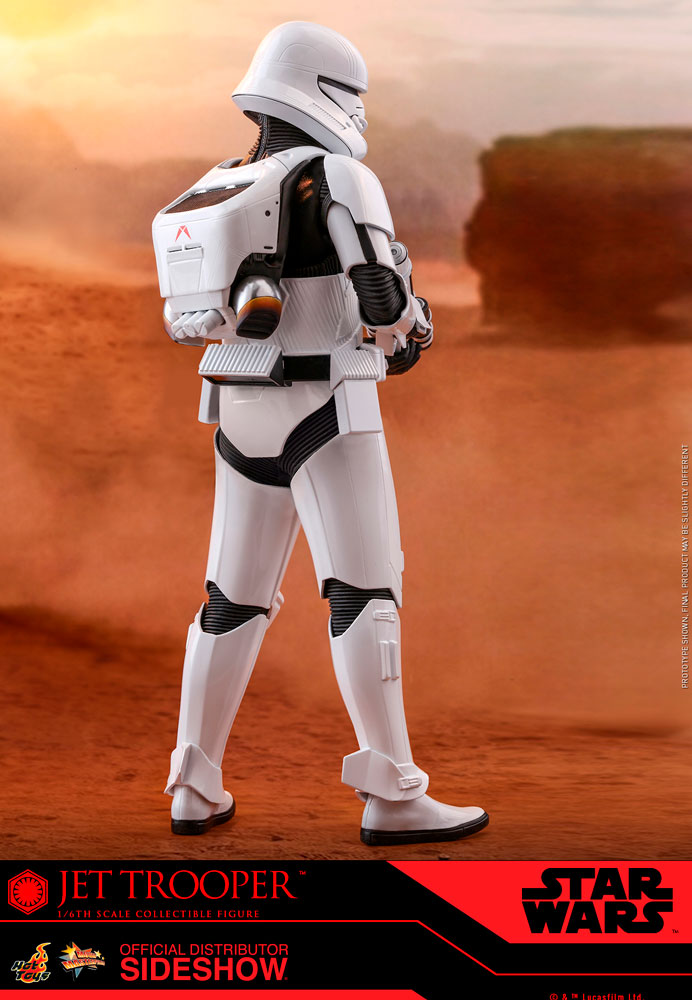 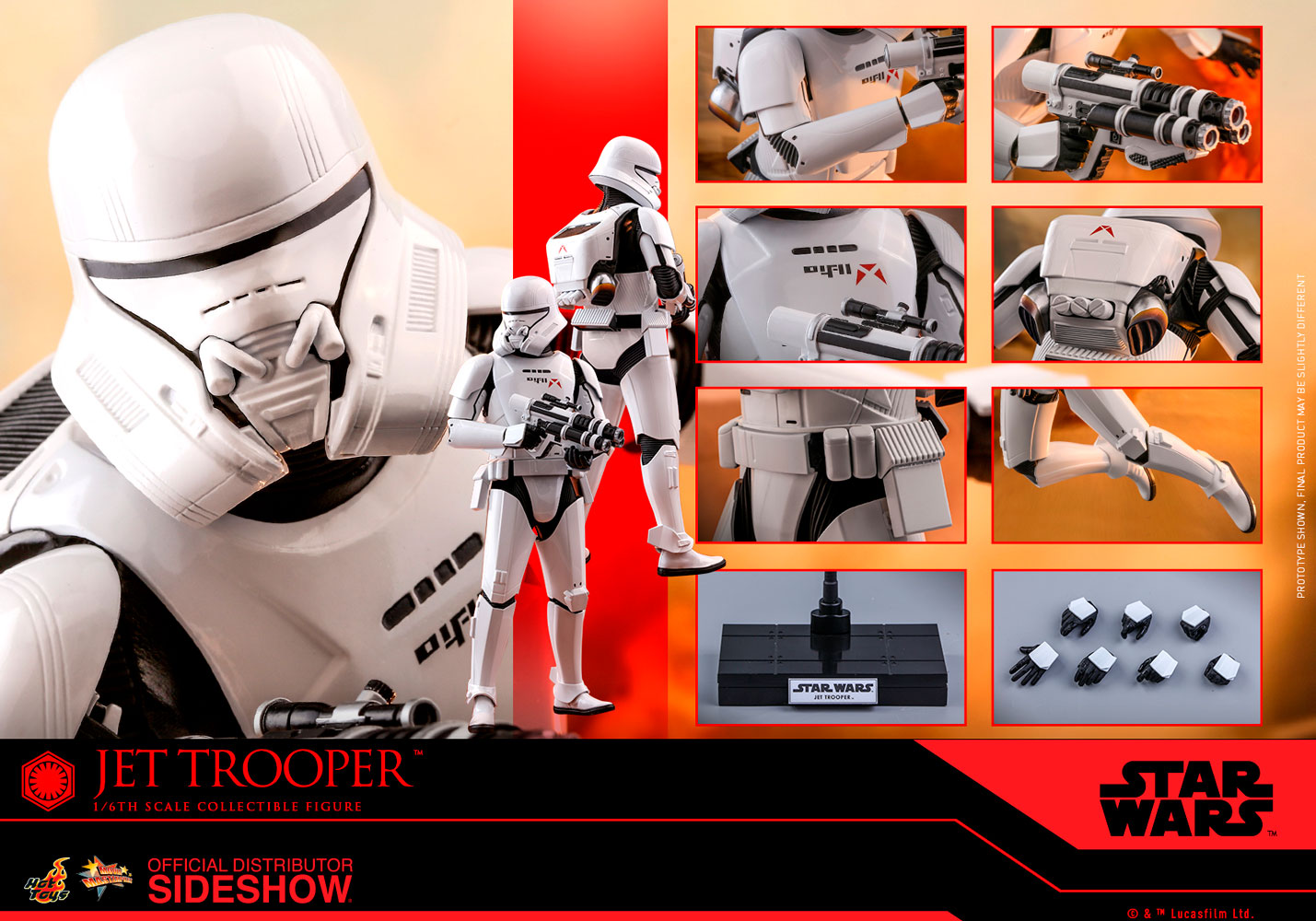 Star Wars fans worldwide are anxiously awaiting for the release of Star Wars: The Rise of Skywalker. In this ultimate episode of the epic Skywalker saga, a group of specialized Stormtroopers of the First Order called the Jet Troopers will soar into battle equipped with agile rocket packs.

Don’t pass up on the opportunity to add these troops to your collection of a galaxy far far away!

Authentic and detailed likeness of Jet Trooper in Star Wars: The Rise of Skywalker
Newly developed helmet with fine details
Approximately 31 cm tall
Body with over 30 points of articulations
Seven (7) pieces of interchangeable gloved hands including:
One (1) pair of fists
One (1) pair of relaxed hands
One (1) pair of hands for holding a blaster
One (1) open left hand