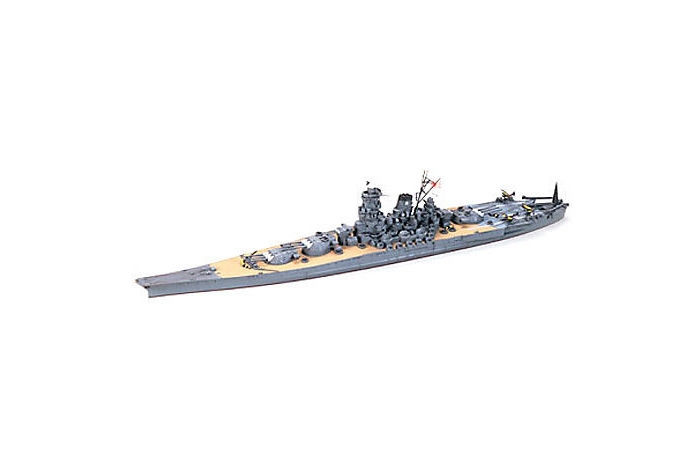 This is an assembly kit of the Yamato, a Japanese Navy battleship completed in December 1941 with a 64,000 ton displacement, nine 46cm guns which had a 41km firing range, and a host of other revolutionary features. Tamiya studied the latest available resources and recreated the Yamato in her final form, as she headed towards Okinawa on her final sortie. The flare of the bow and the armor belts along her sides have been accurately reproduced, along with her main turrets, secondary 15.5cm gun turrets, and anti-aircraft armament including 12.7cm gun mounts. Parts are also included to depict rangefinders, radars, and cranes to enable a detailed finish.
—Completed Length: 375mm