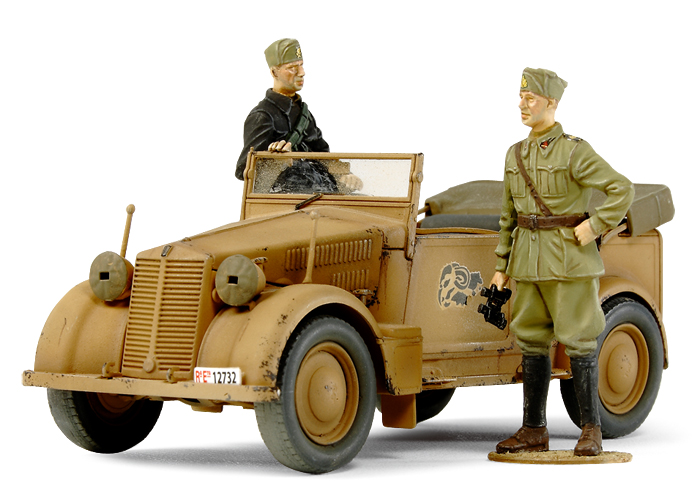 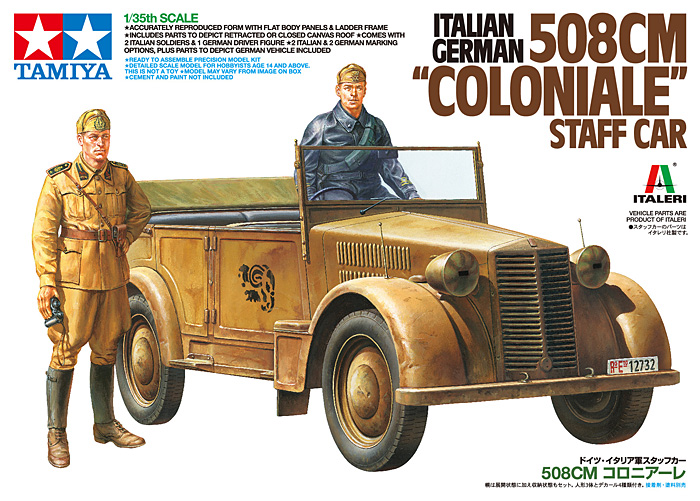 The 508CM "Coloniale" was a vehicle used during WWII by both Italian and German forces. This 3.6m lightweight, 2 wheel drive vehicle had lithe handling thanks to its effective suspension, could squeeze speeds of up to 90km/h out of the 32hp engine, and was capable of carrying four soldiers. It was put to use in a variety of situations and tasks, most notably in North Africa where the Italian Army used it for officers' transportation and reconnaissance activities. Following the Italian surrender of 1943, the Coloniale was commandeered (and in some cases modified) and used in large numbers by the German forces.

※Vehicle parts are a product of Italeri.