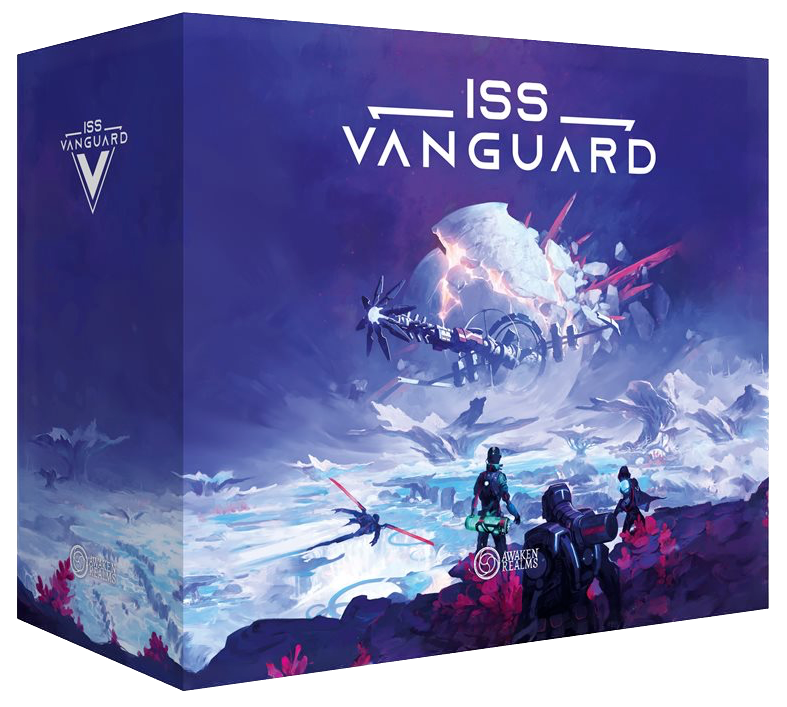 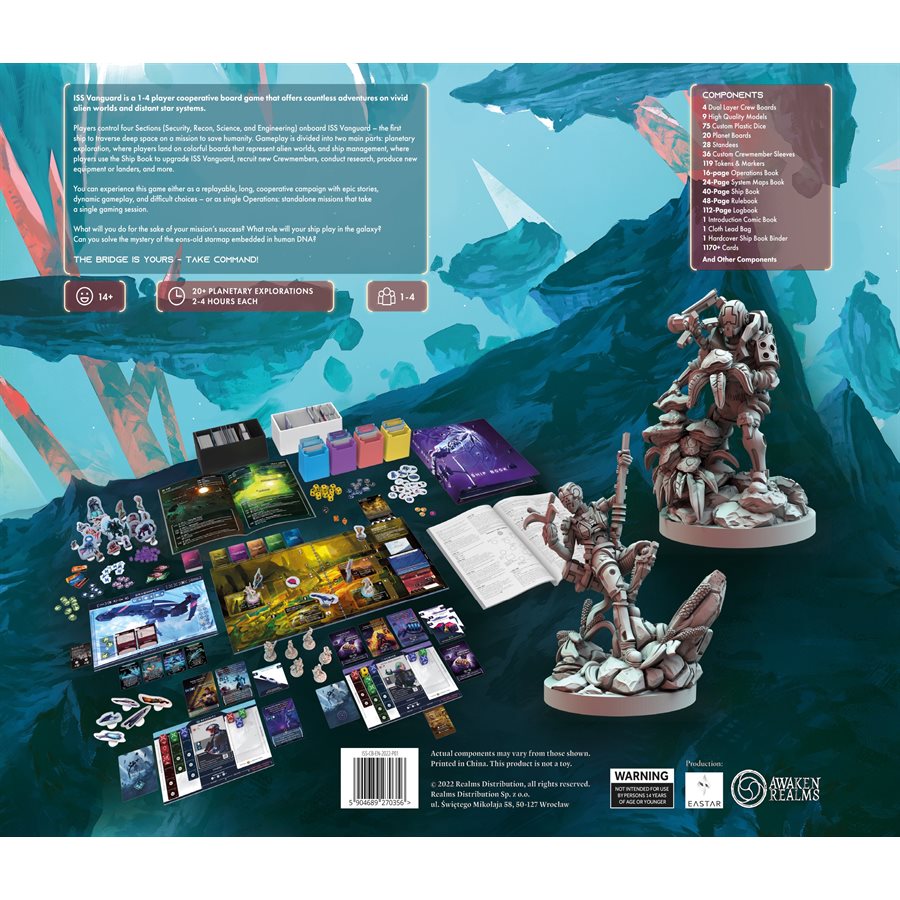 ISS Vanguard is a 1-4 player co-operative, campaign Board Game. It will bring players right into epic Sci-Fi adventure, as they will play as 4 sections (security, recon, science, engineering) onboard the first human ship with the possibility to reach outer space.
Campaign will introduce the unique story written by Krzysztof Piskorski (Tainted Grail) full of hard player choices, twists and branching storylines.

Gameplay is divided into 2 main stages: Ship phase and landing on planets.

During the Ship phase, players will manage their ship (binder with printed sleeves), where every section will have to make gameplay decisions.

Then, you will prepare your crew for landing on the next planet, in search of answers to humanity's biggest questions. Together you will pick lander and customize it with modules, then each section will choose a crew member to take on a mission ( more experienced crew members will have better ranks ), deck-build skills deck, take equipment and choose dices for his character.
The game will come with over 100 different Crew members, each with unique characteristics.

During all phases of the games players will be directed to Log-book, consisting story encounters, often written in the form of action-packed dialogues between the characters.