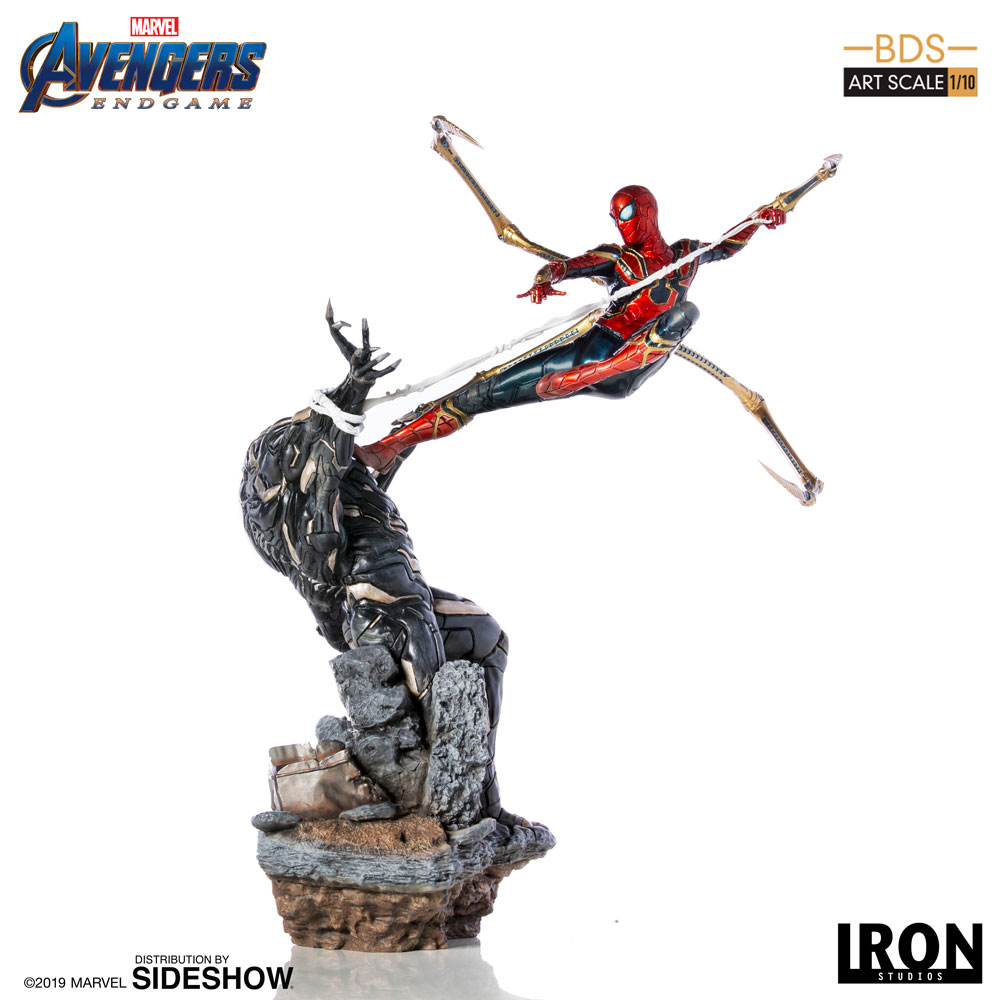 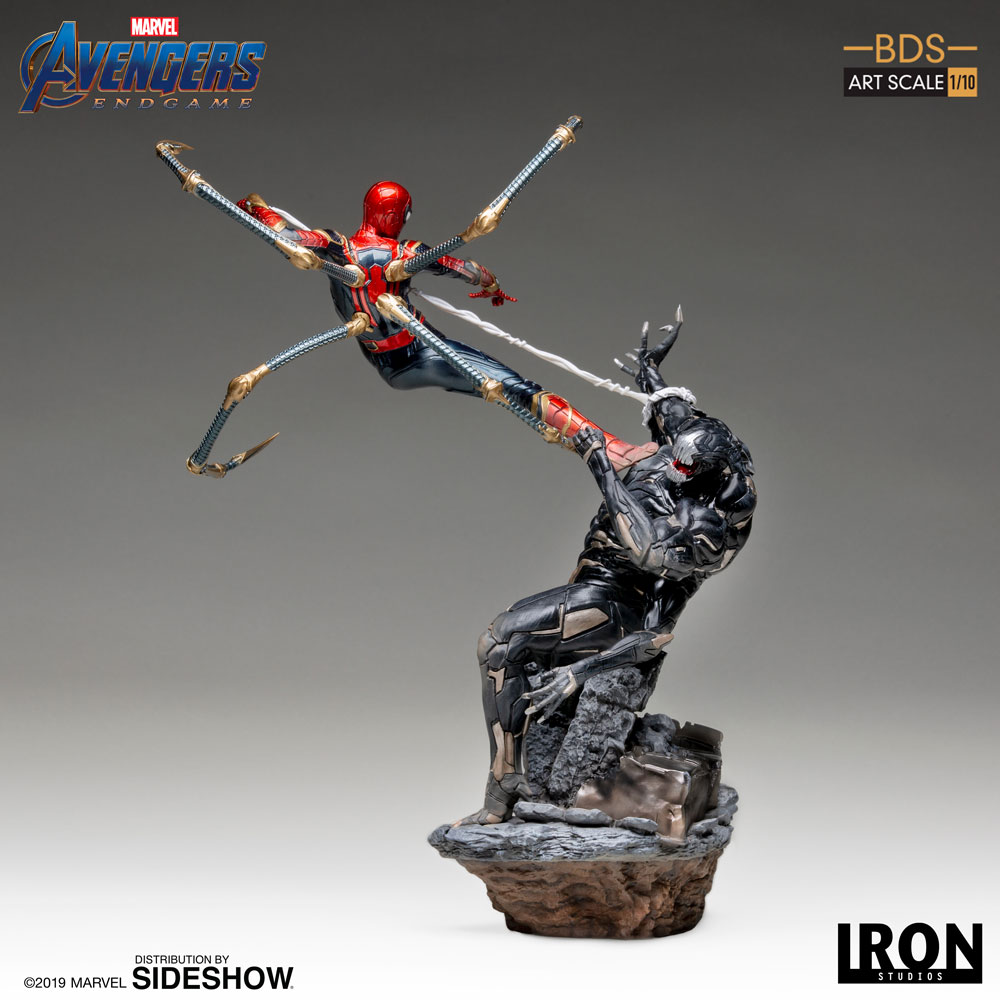 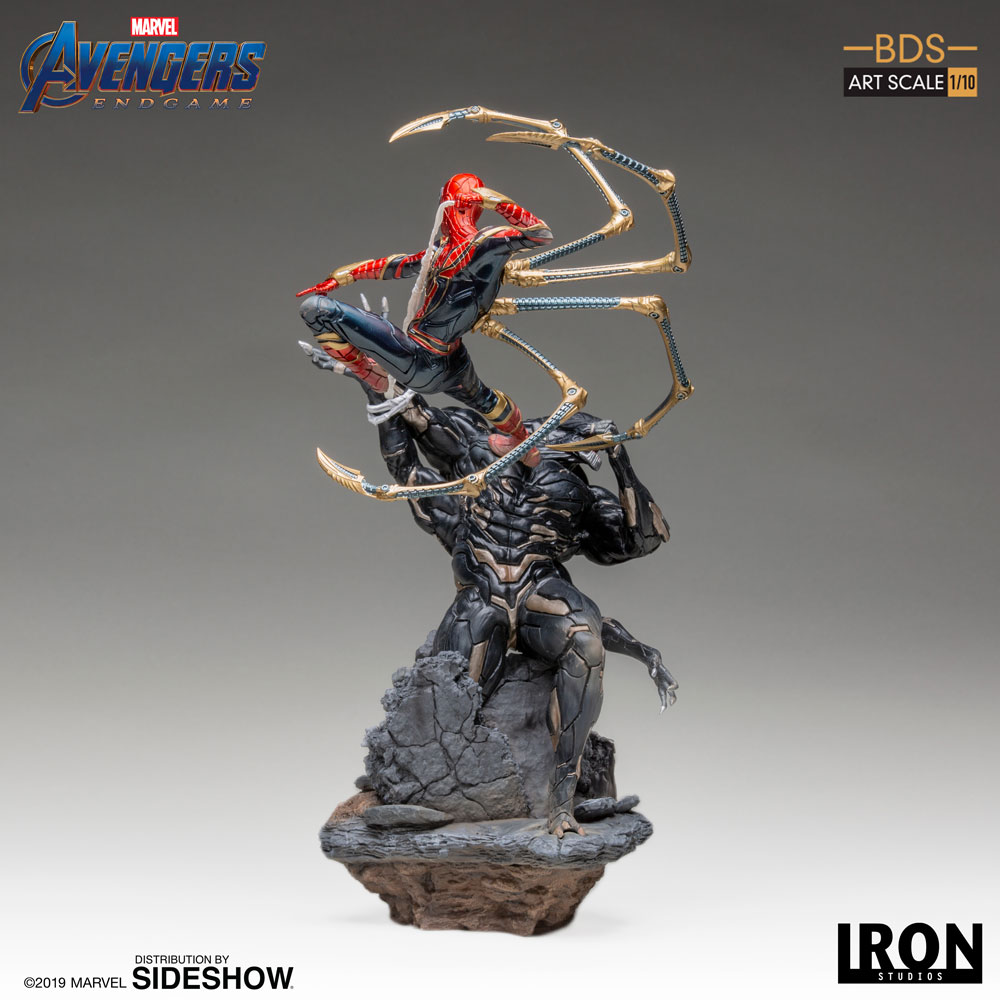 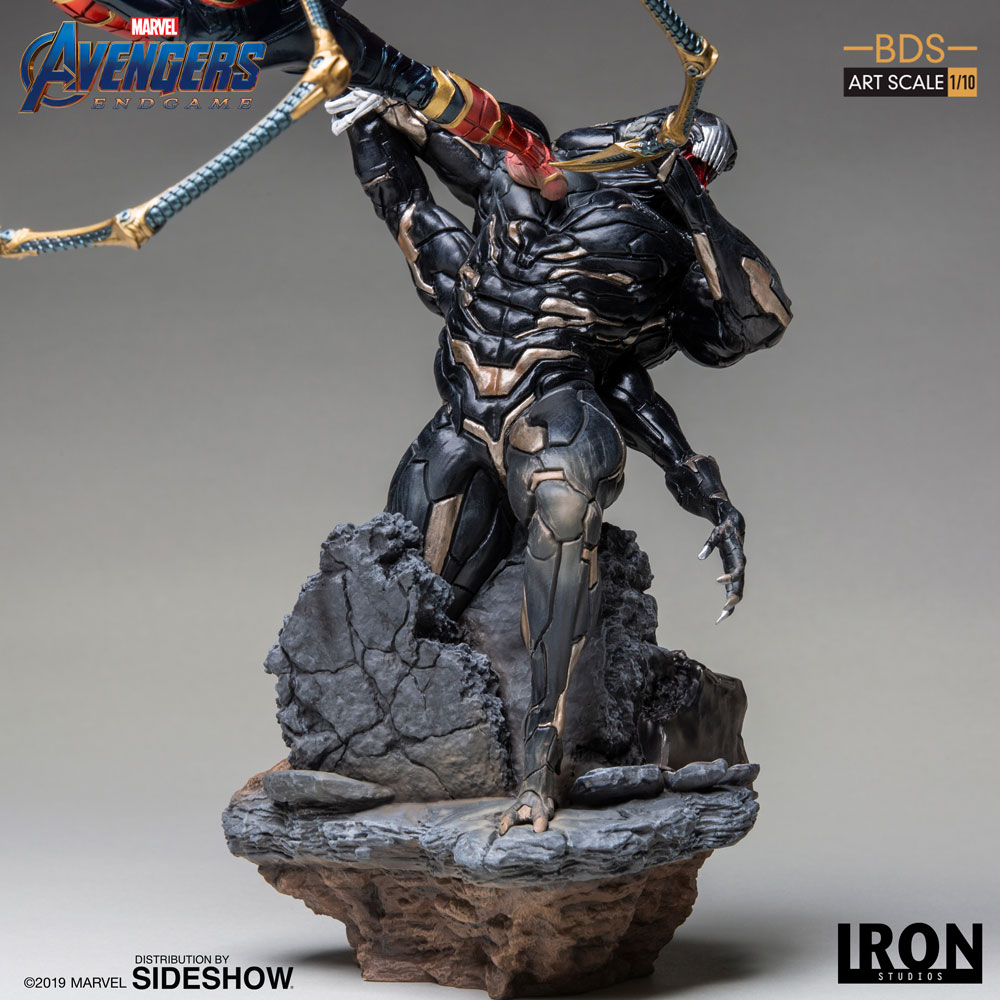 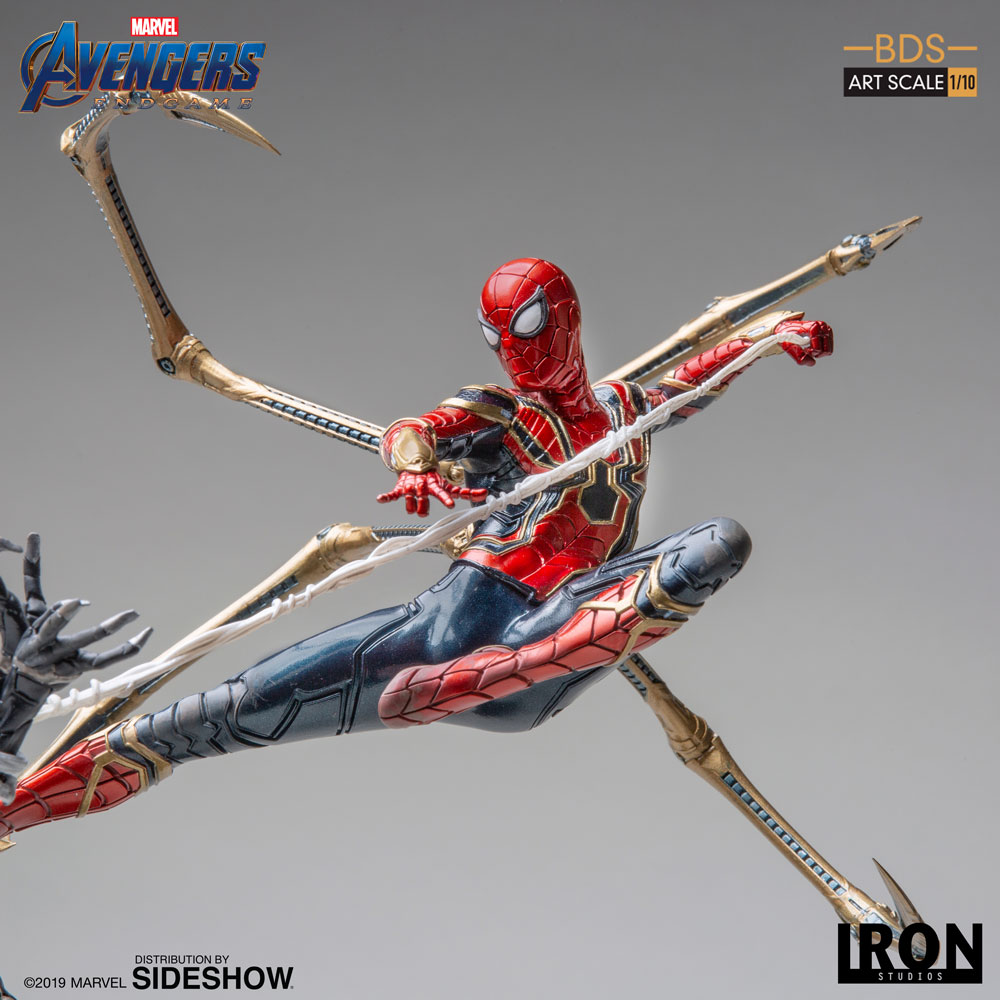 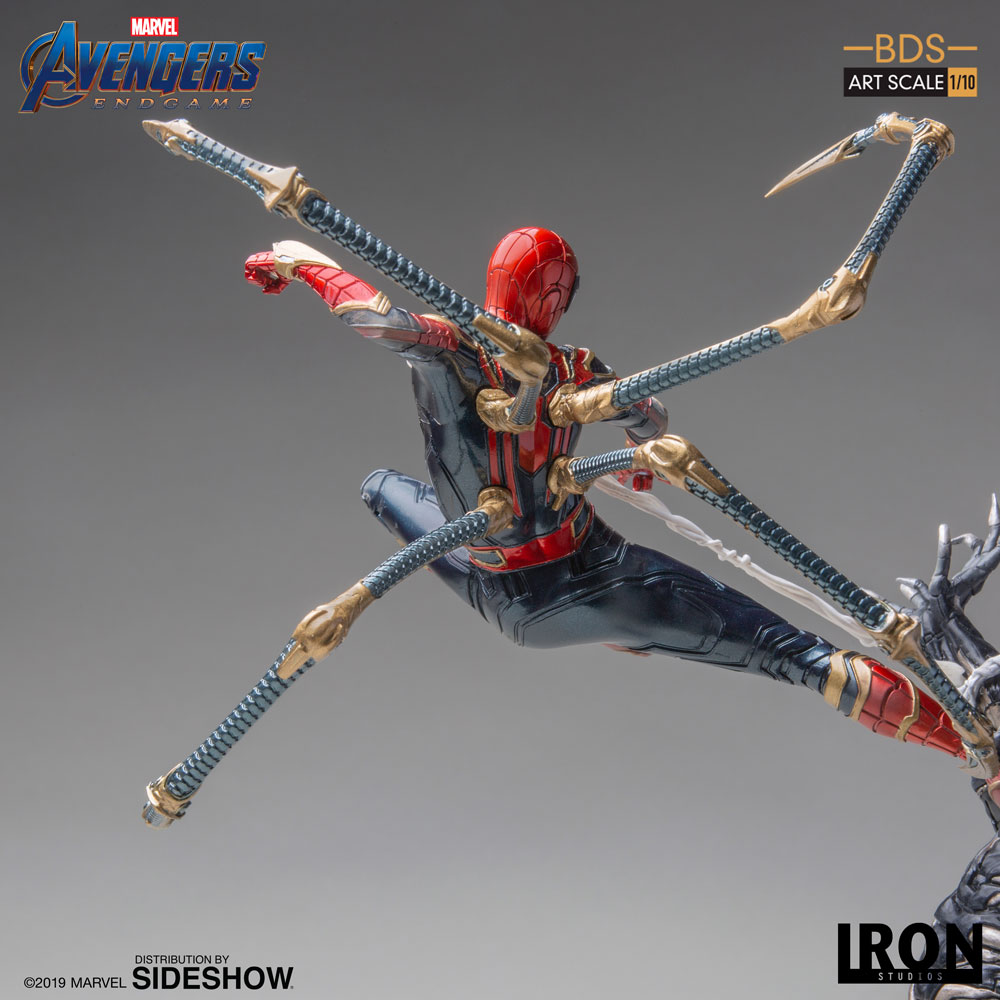 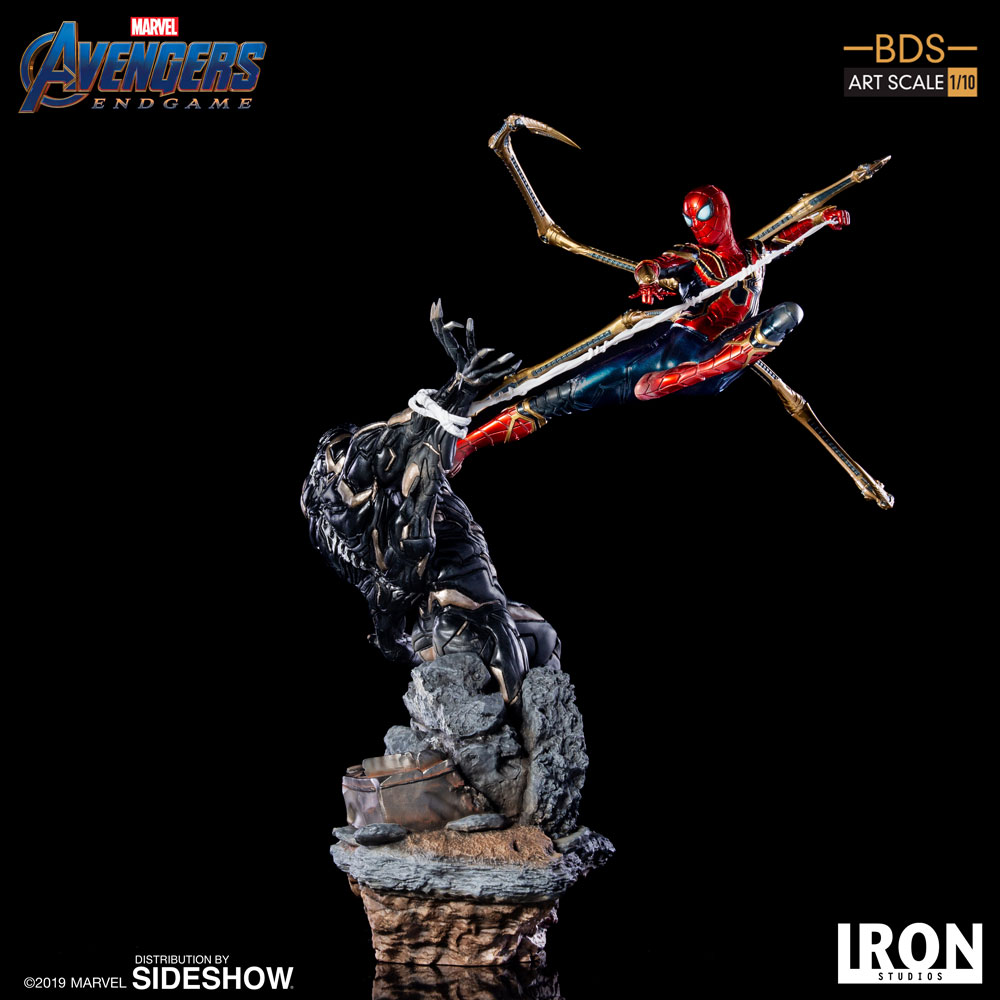 Spider-Man is the young Peter Parker, orphan raised and educated by his loving Aunt and Uncle. As a teenager, during an experiment, a genetically modified spider bit Parker and altered his DNA forever.

Created by Stan Lee and Steve Ditko in 1962 and played in the Marvel Cinematic Universe by Tom Holland, Parker is a high school student recruited by Tony Stark to receive technological support.

With the invasion of Thanos and his Black Order, Spider-Man joined the Avengers and the Guardians of the Galaxy to face the Mad Titan!

Now, back from the snap, Spider-man helps the heroes of Earth in this 1:10 Battle Diorama Series Art Scale Statue by Iron Studios. This statue features a detailed base including an Outrider armed with tentacles and is part of Avengers: Endgame battle diorama.