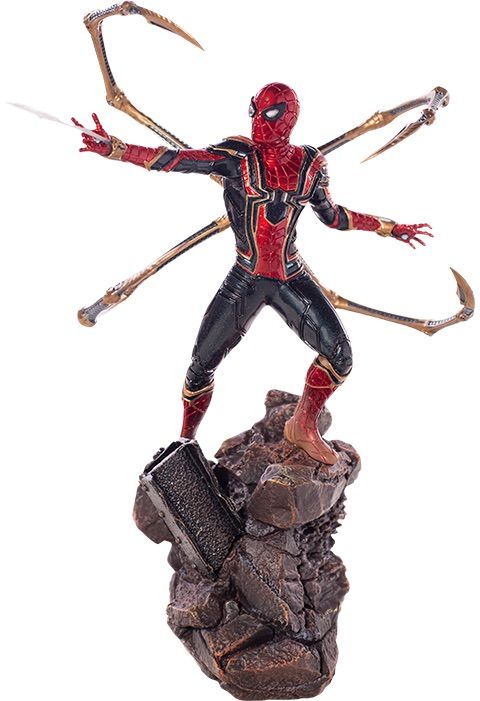 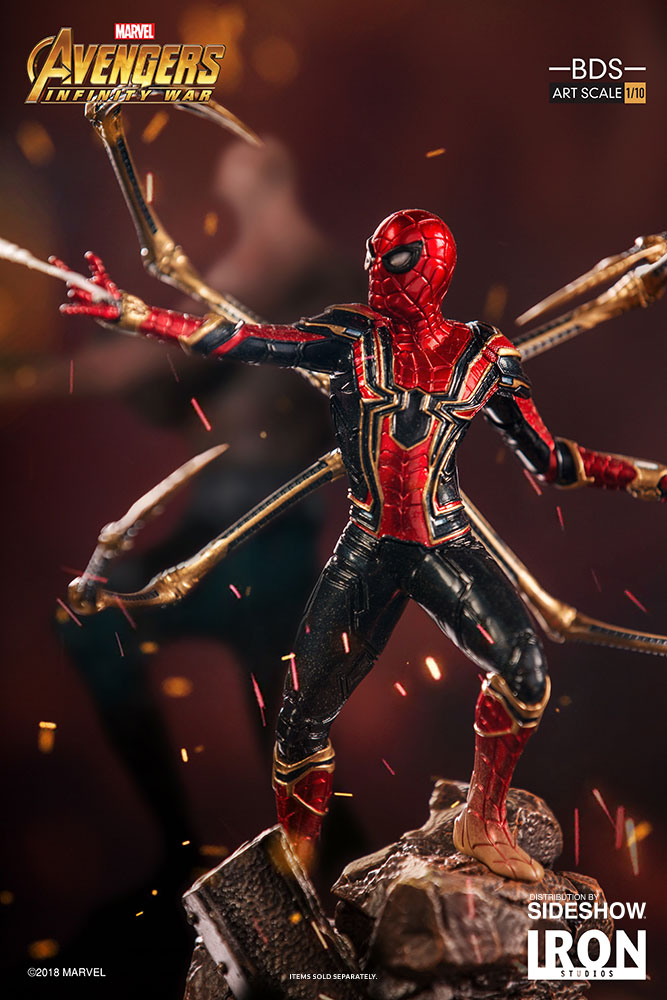 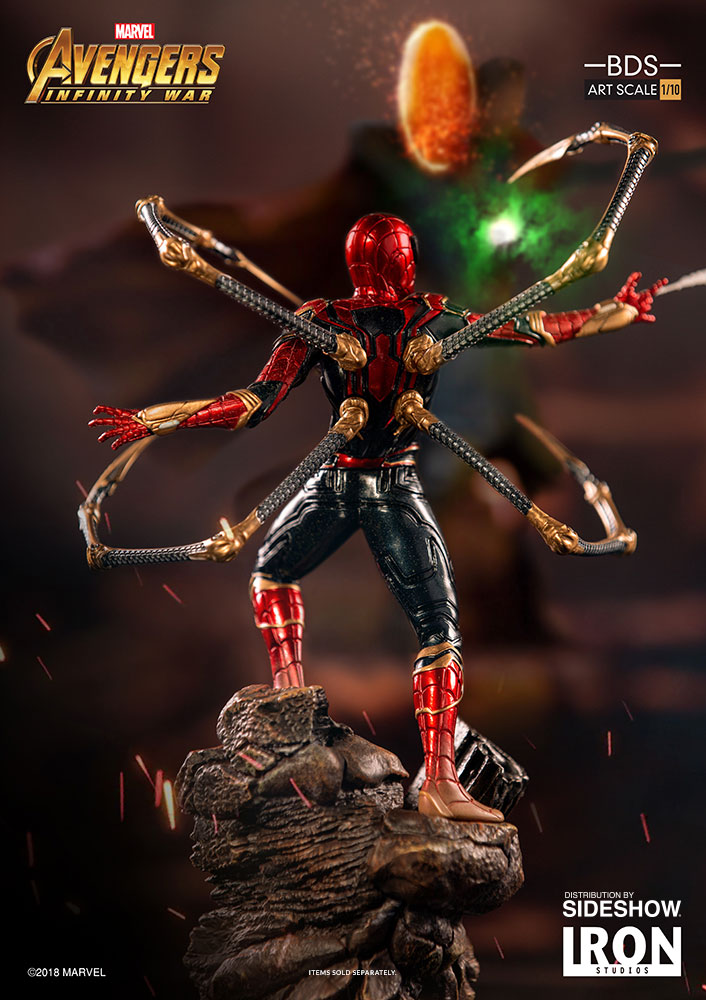 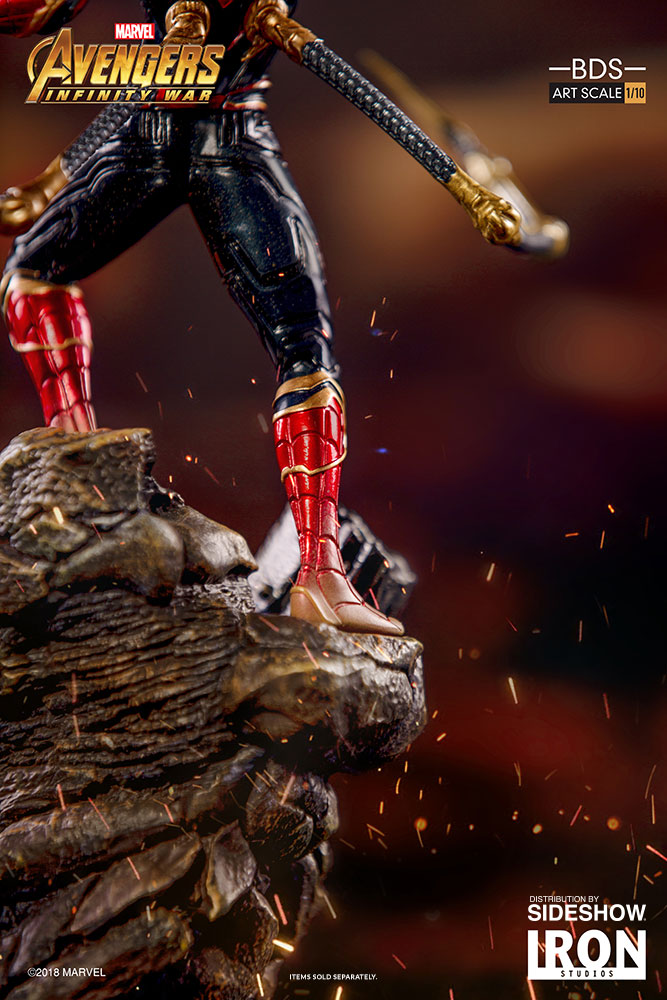 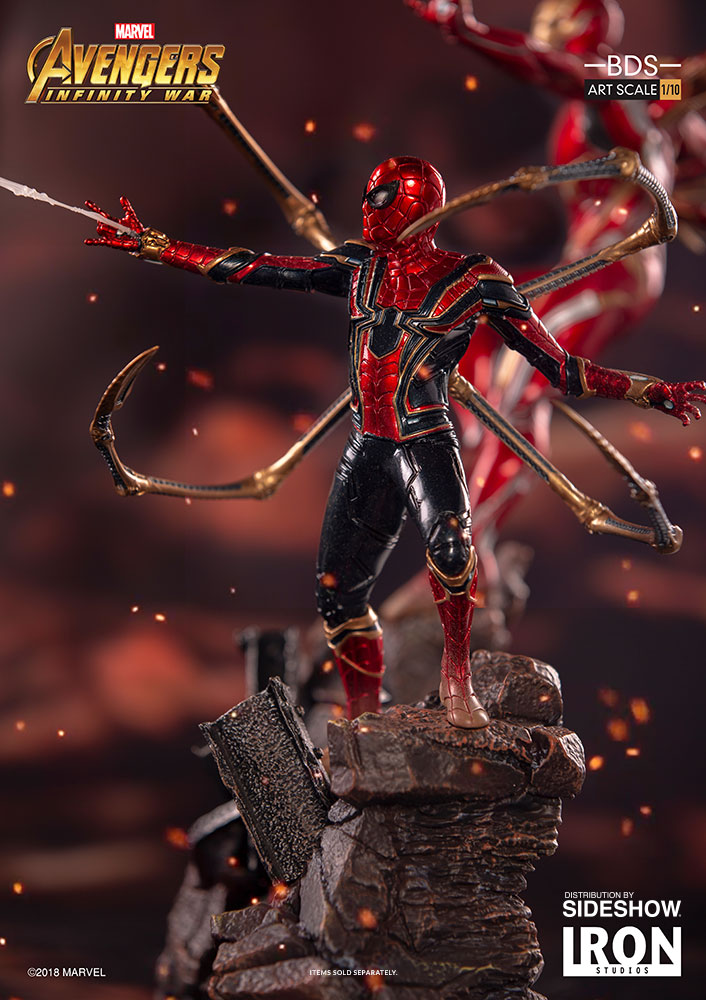 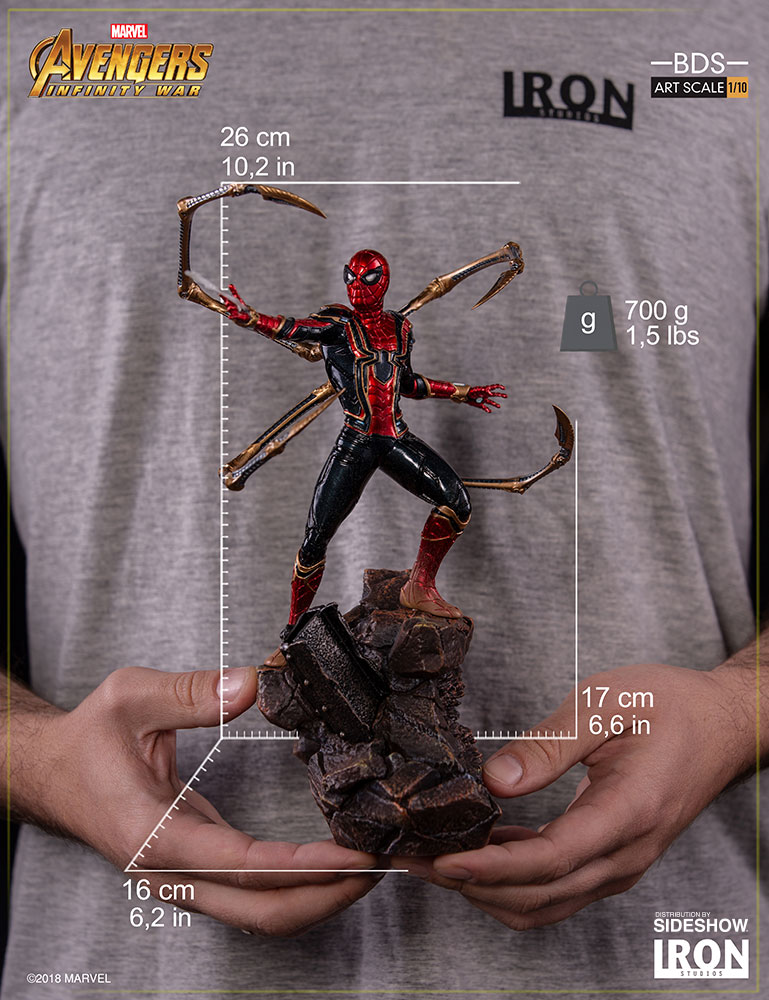 Following the worldwide success of the Avengers Infinity War movie, Sideshow and Iron Studios are proud to announce one more hero in the Battle Diorama Series Art Scale 1:10 line - Iron Spider-Man! Representing the battle of Titan, Peter Parker comes with a fully detailed base and tentacles that make this armor one of a kind.