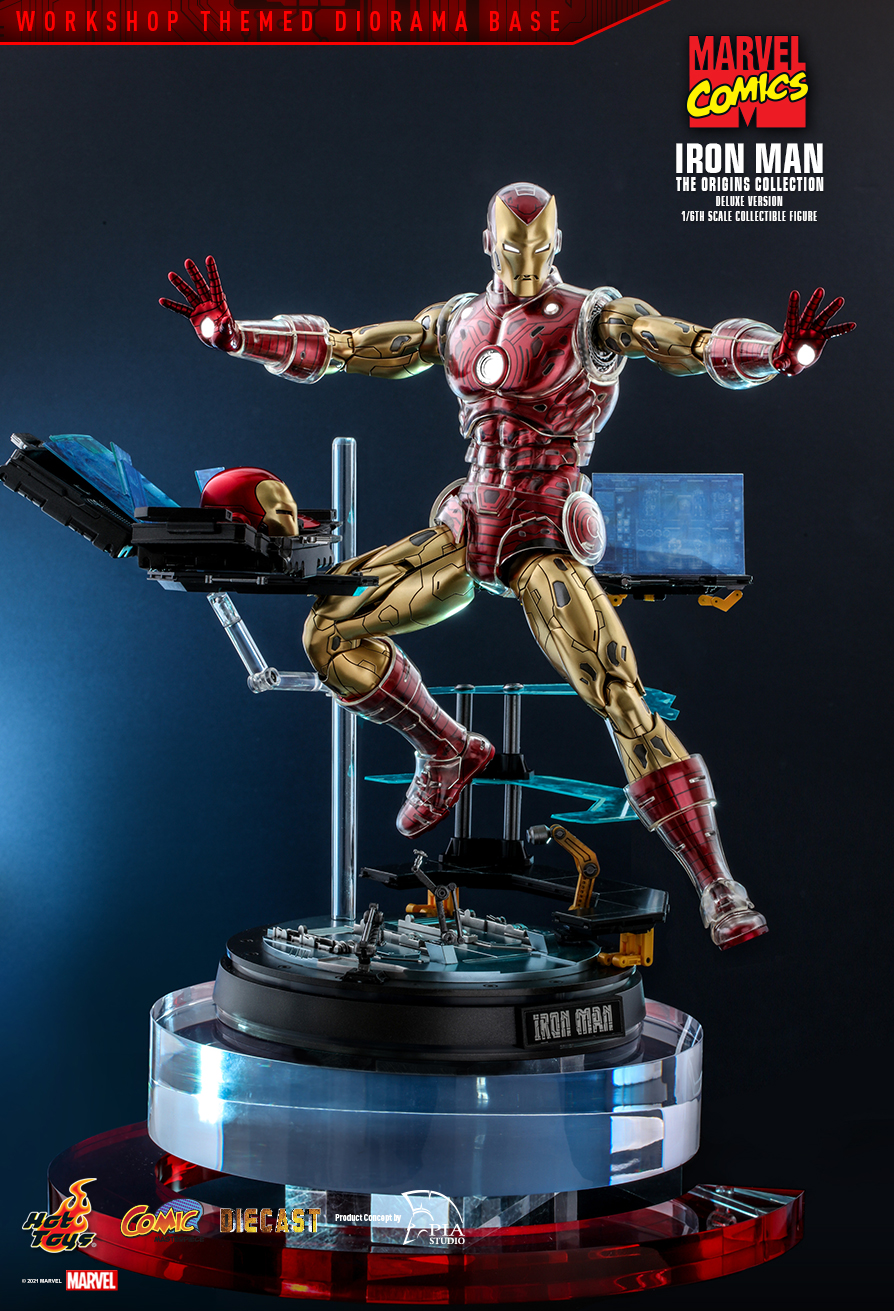 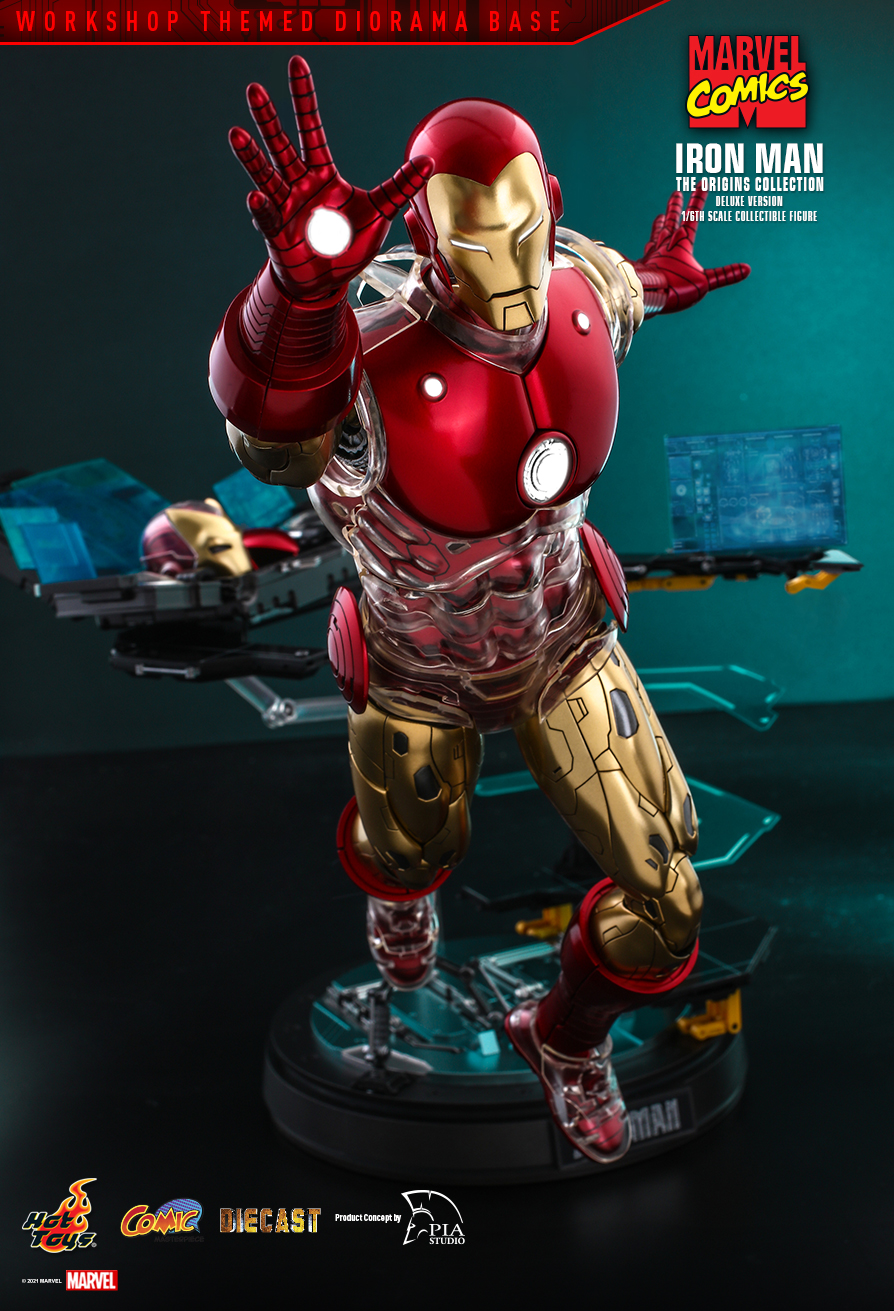 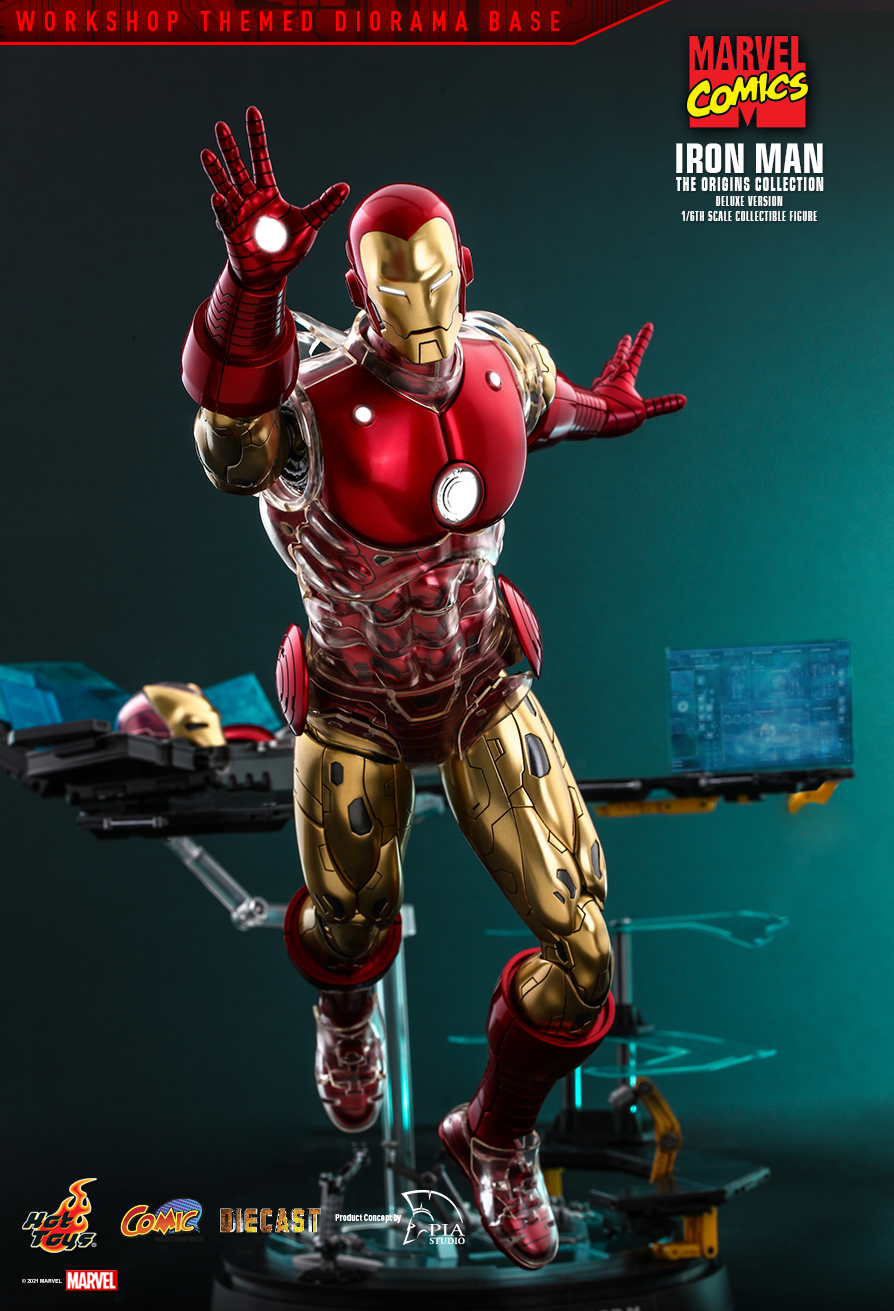 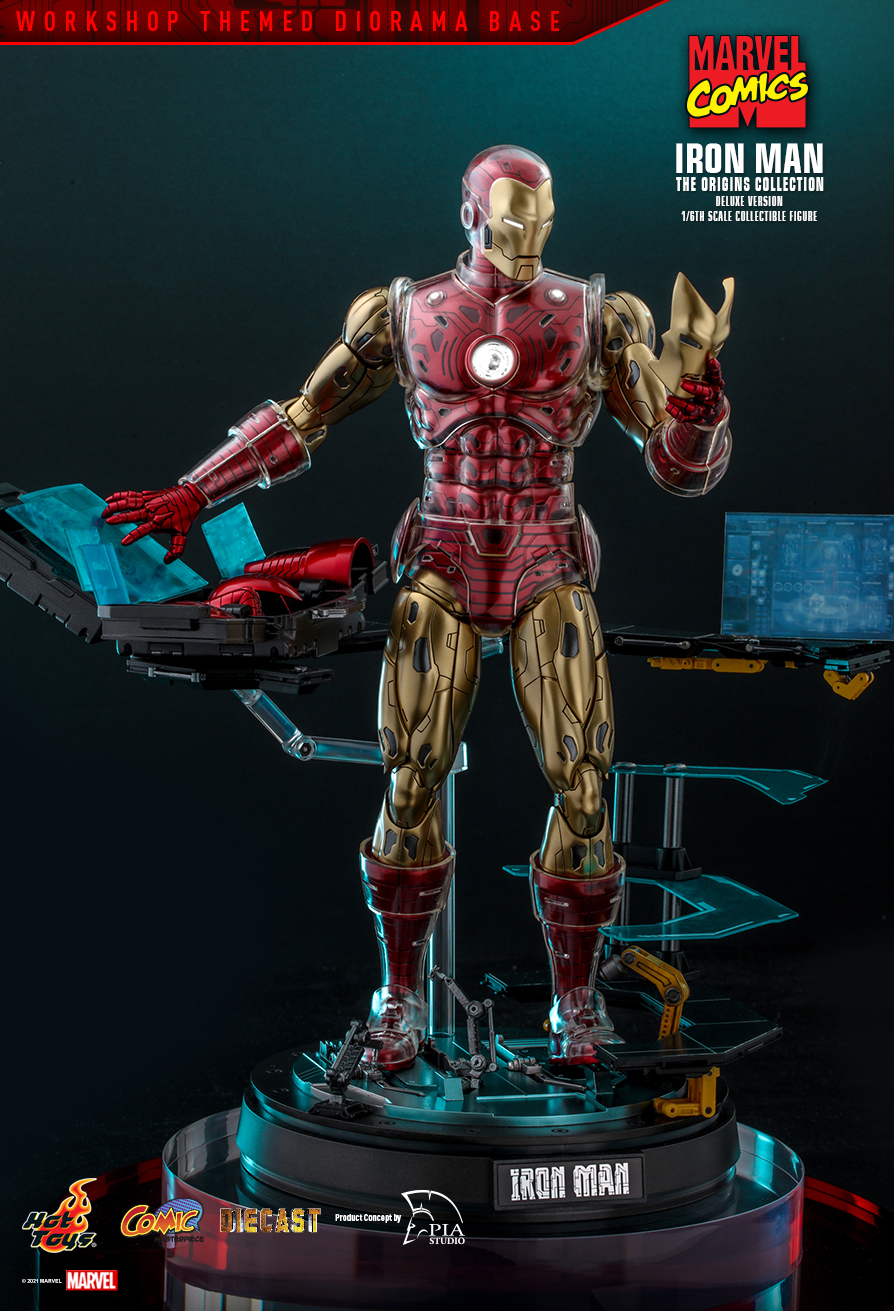 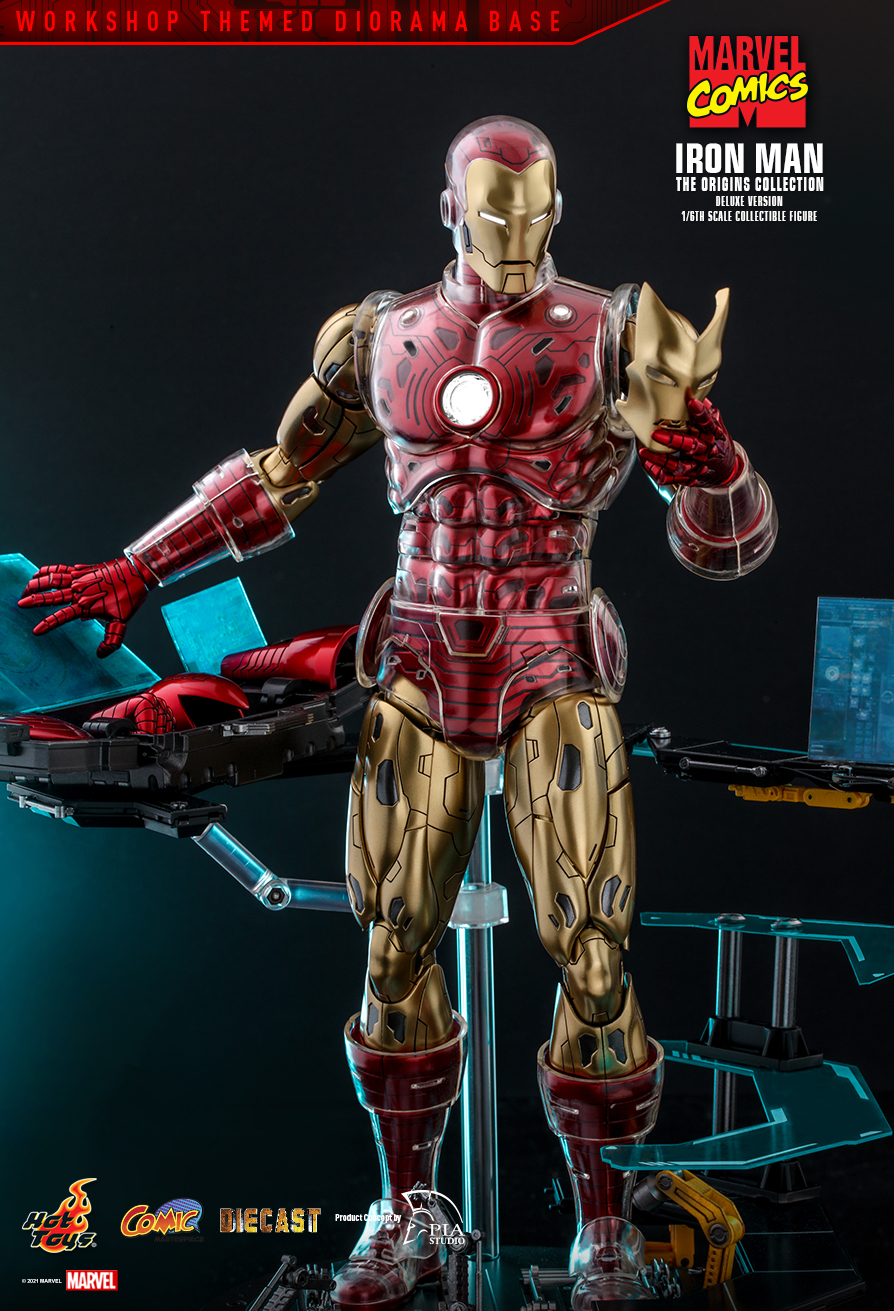 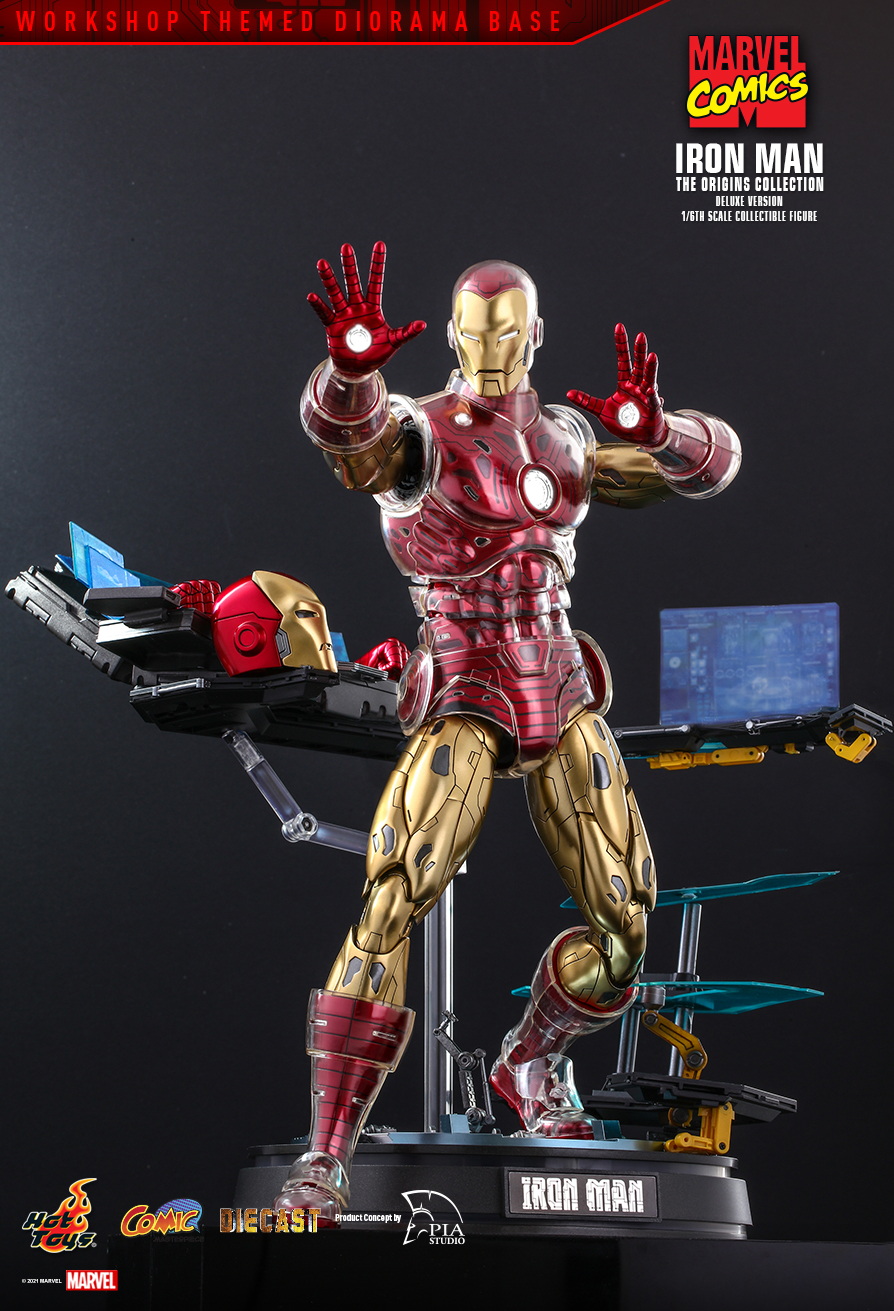 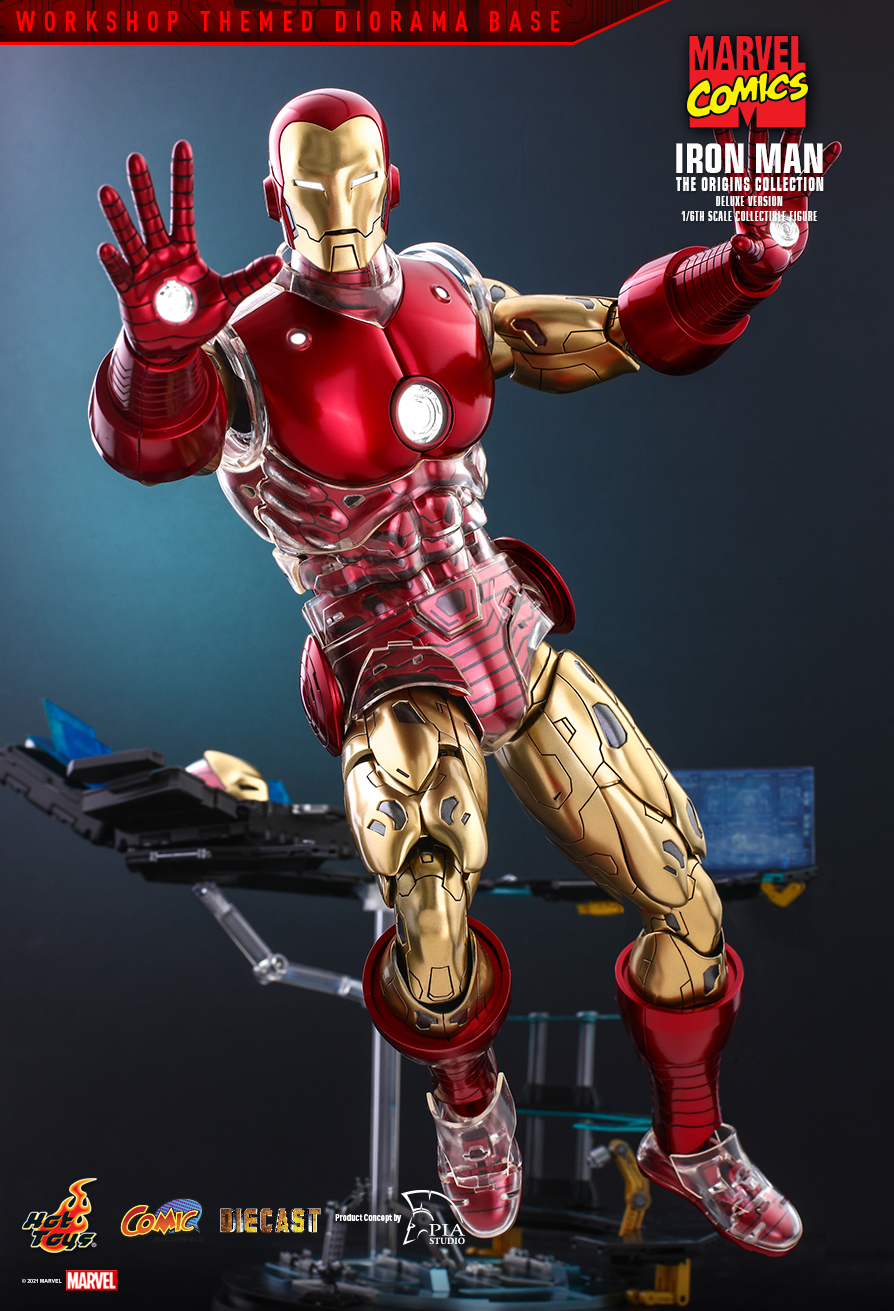 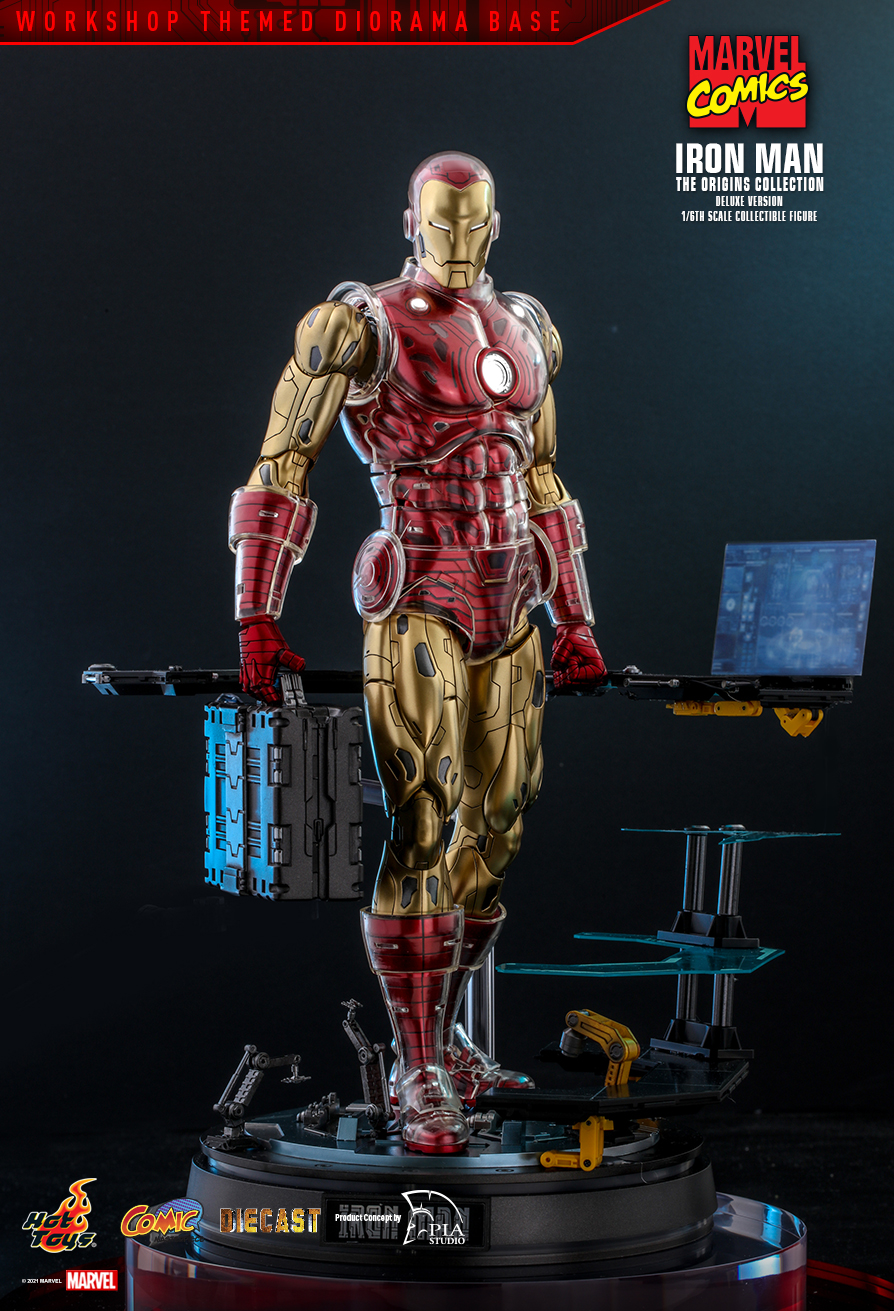 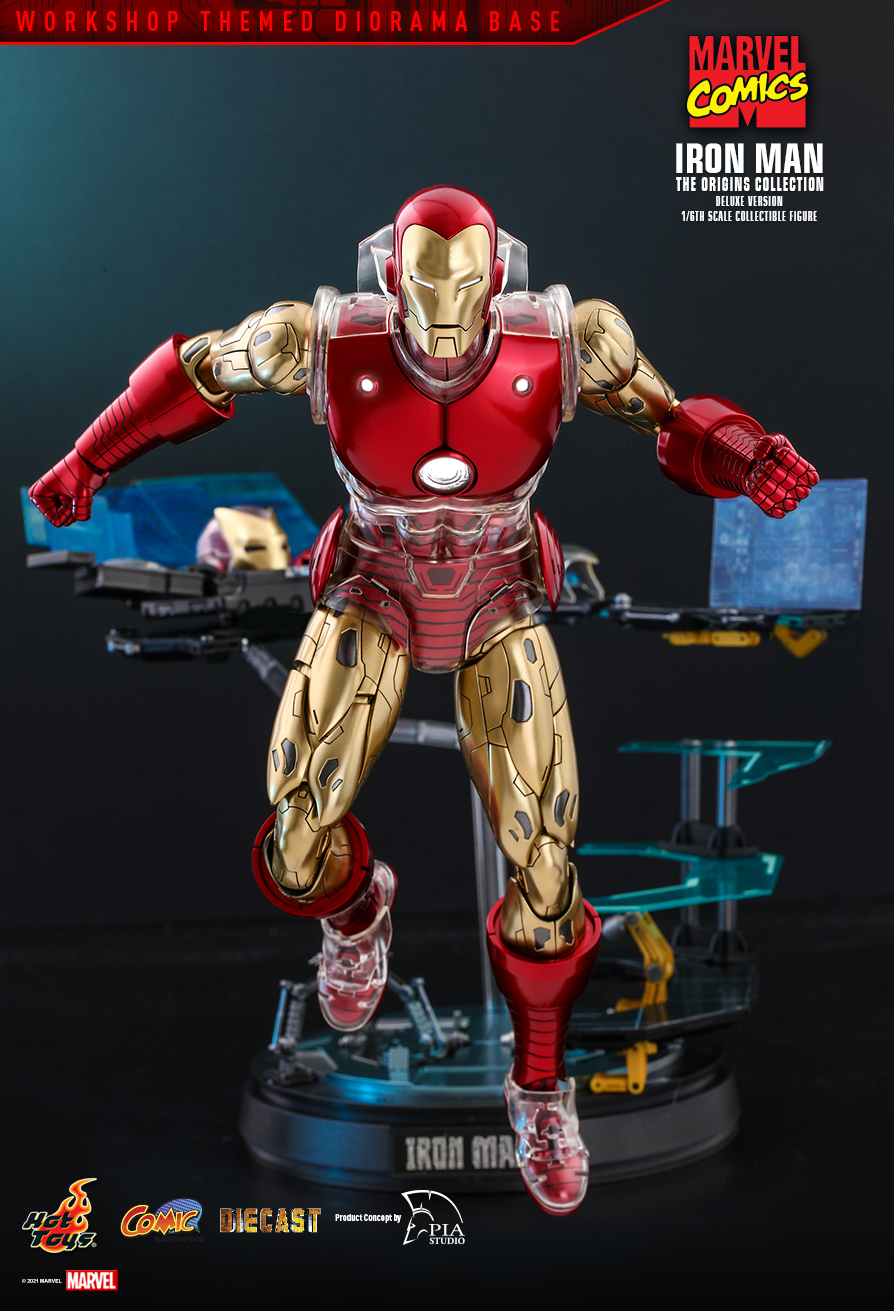 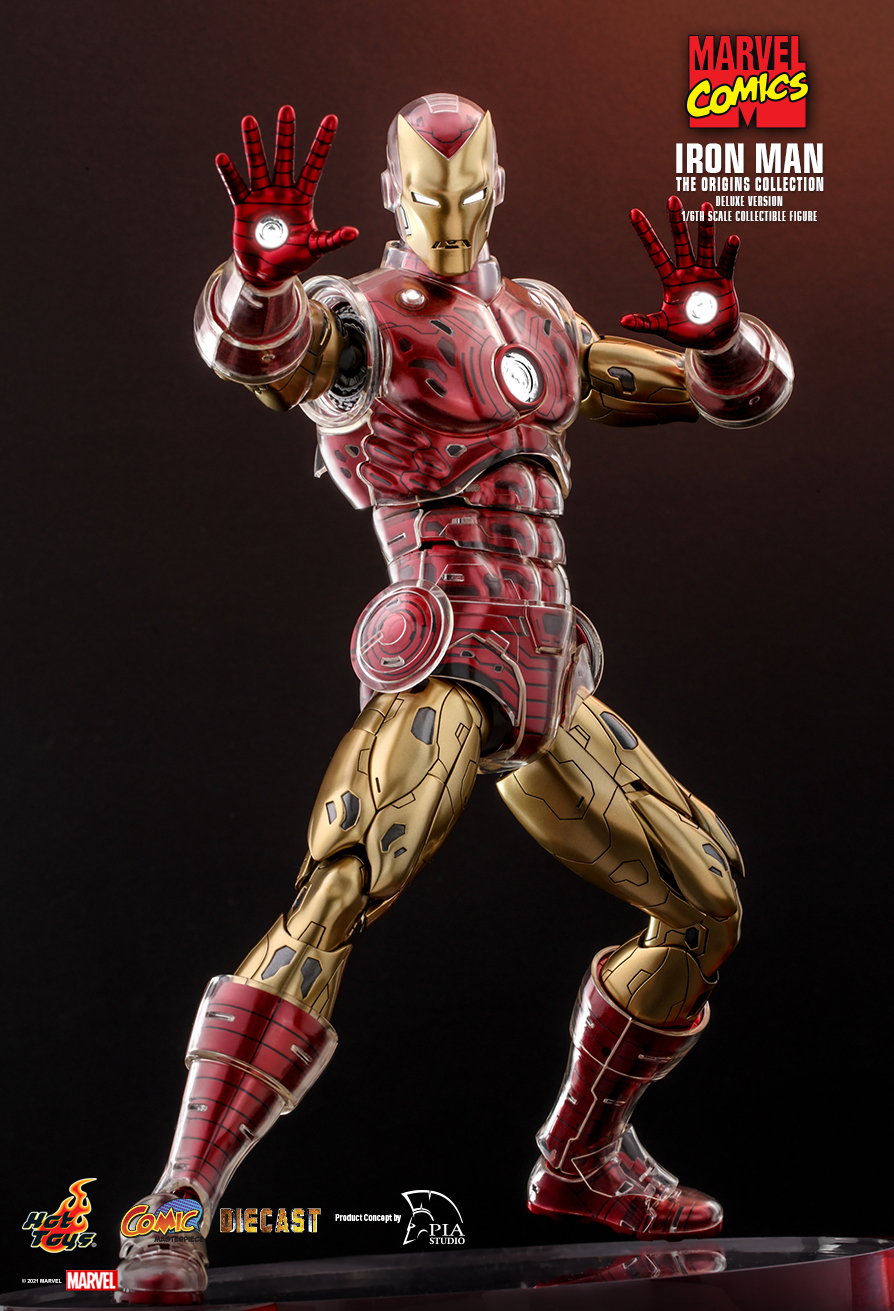 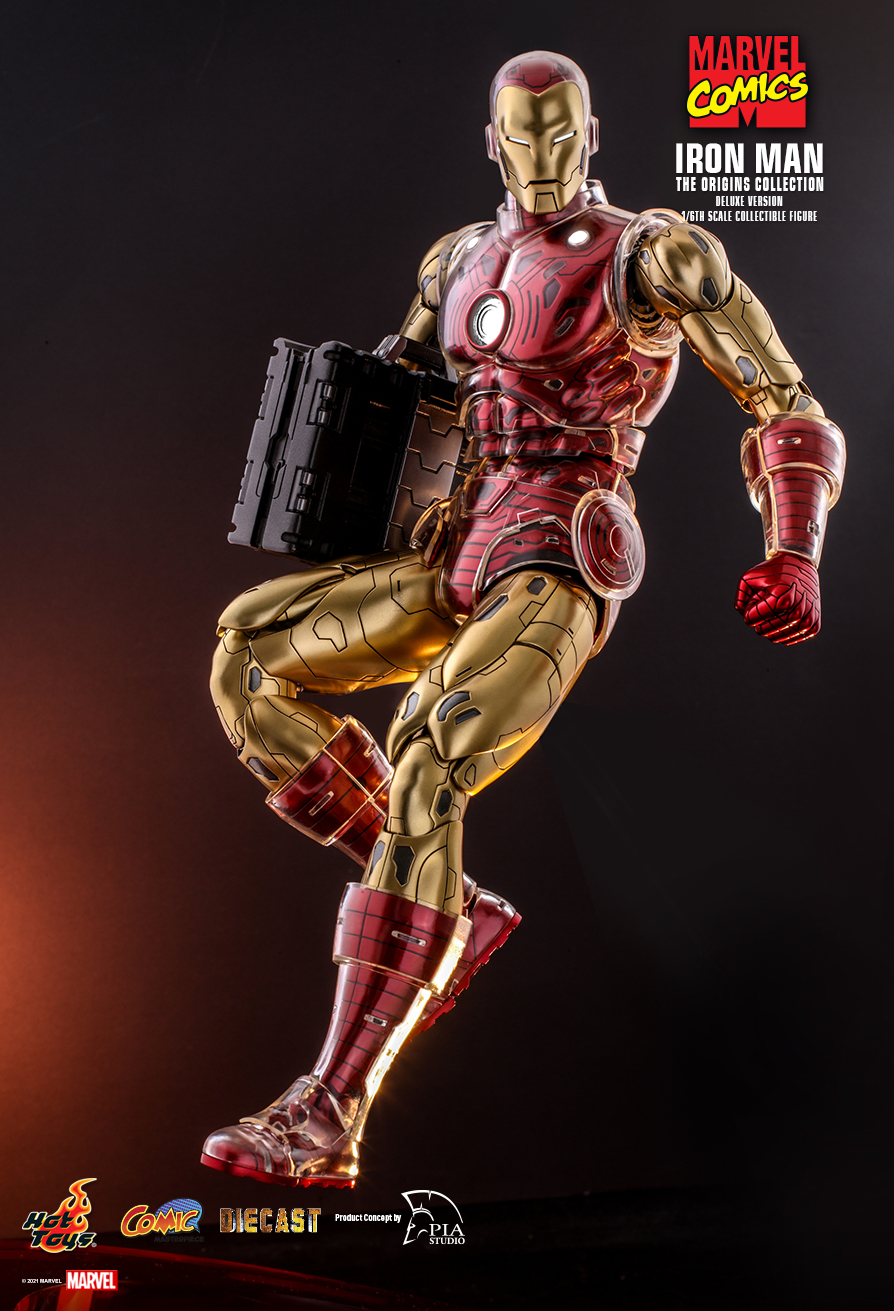 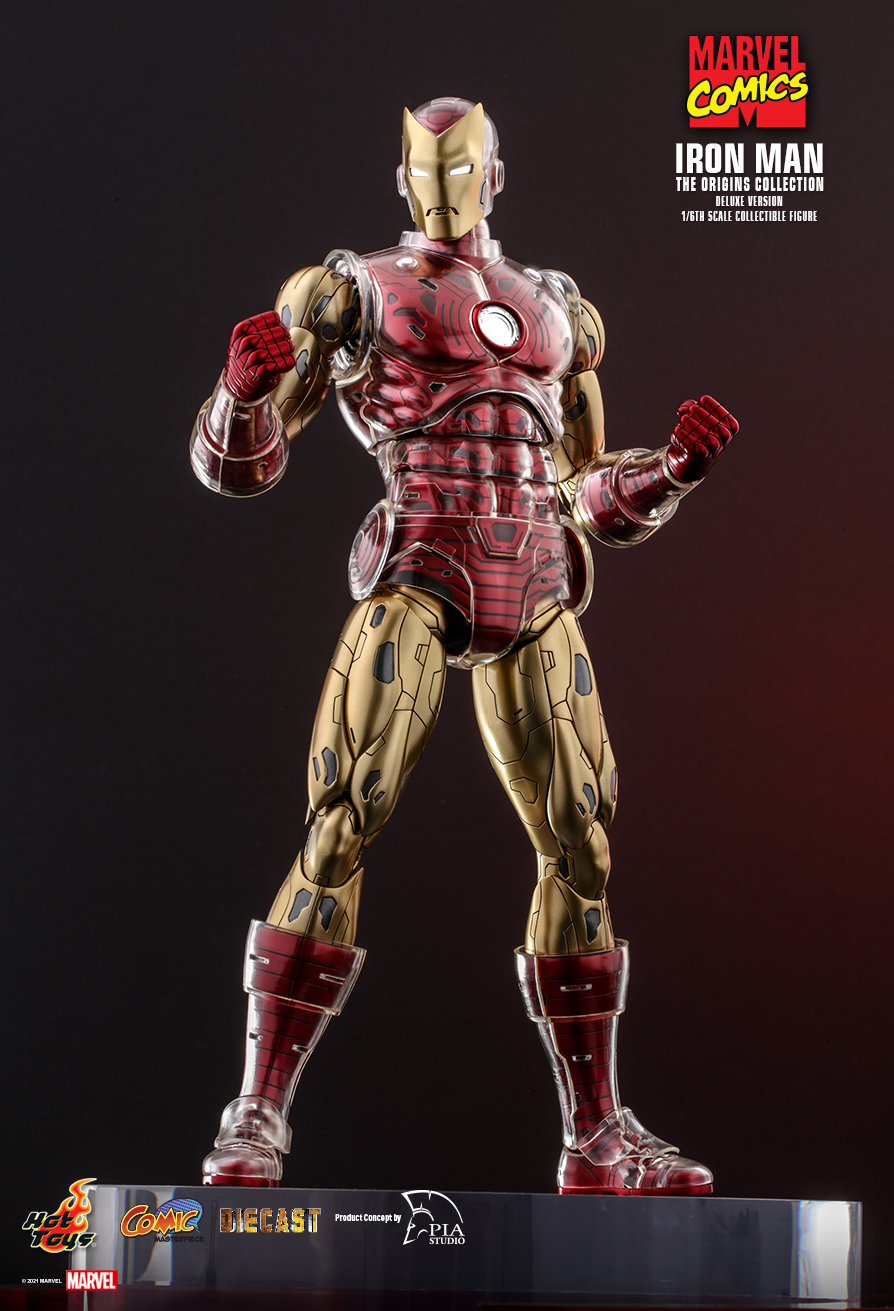 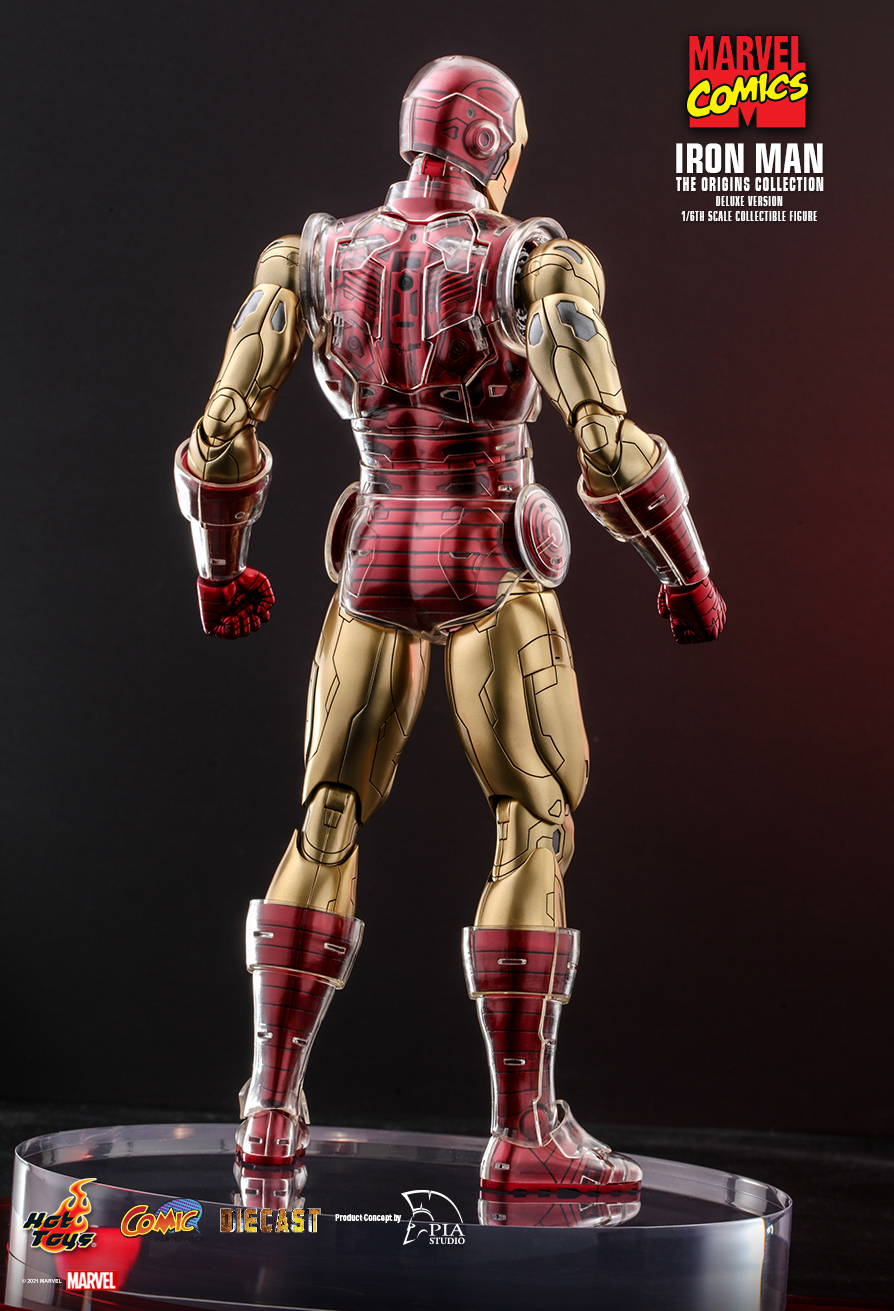 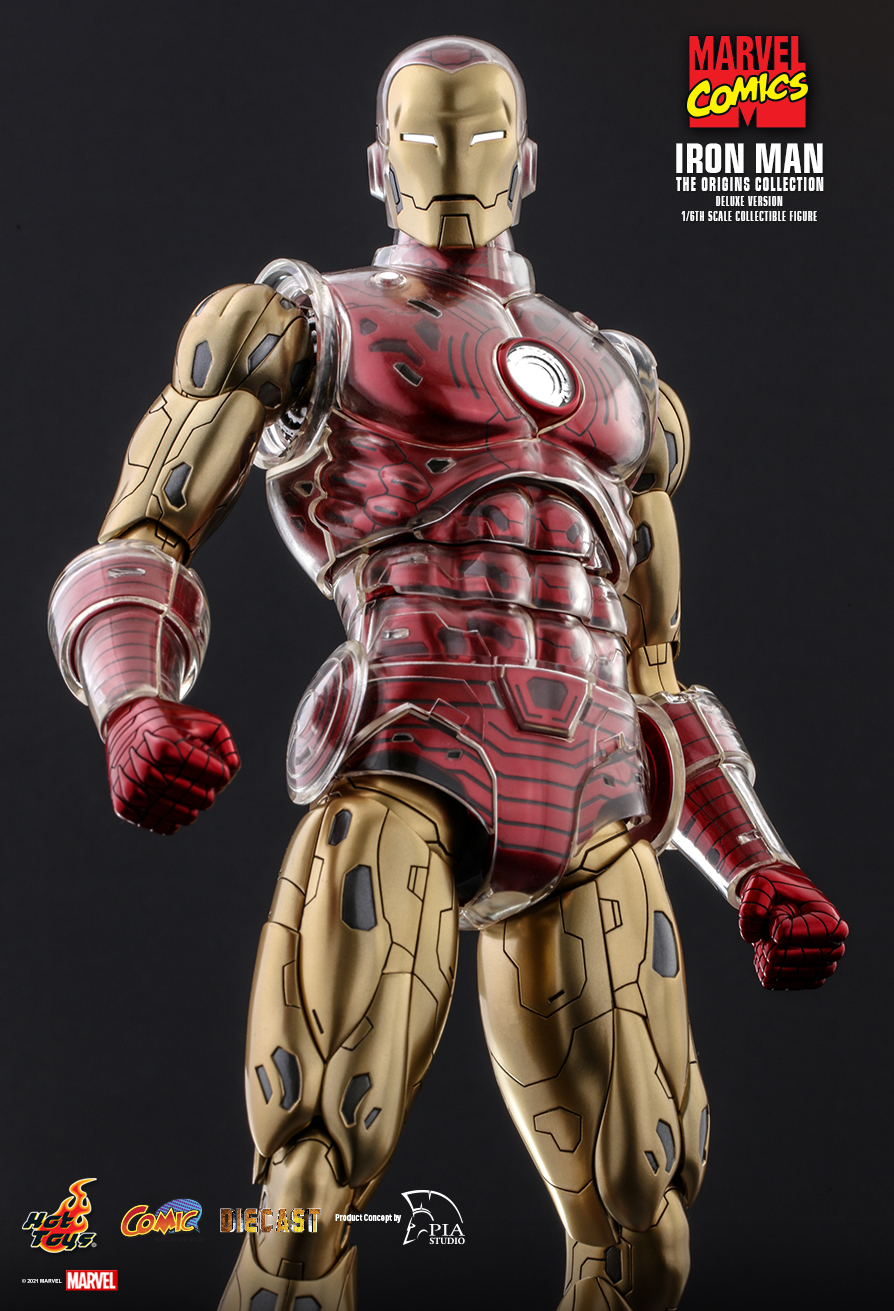 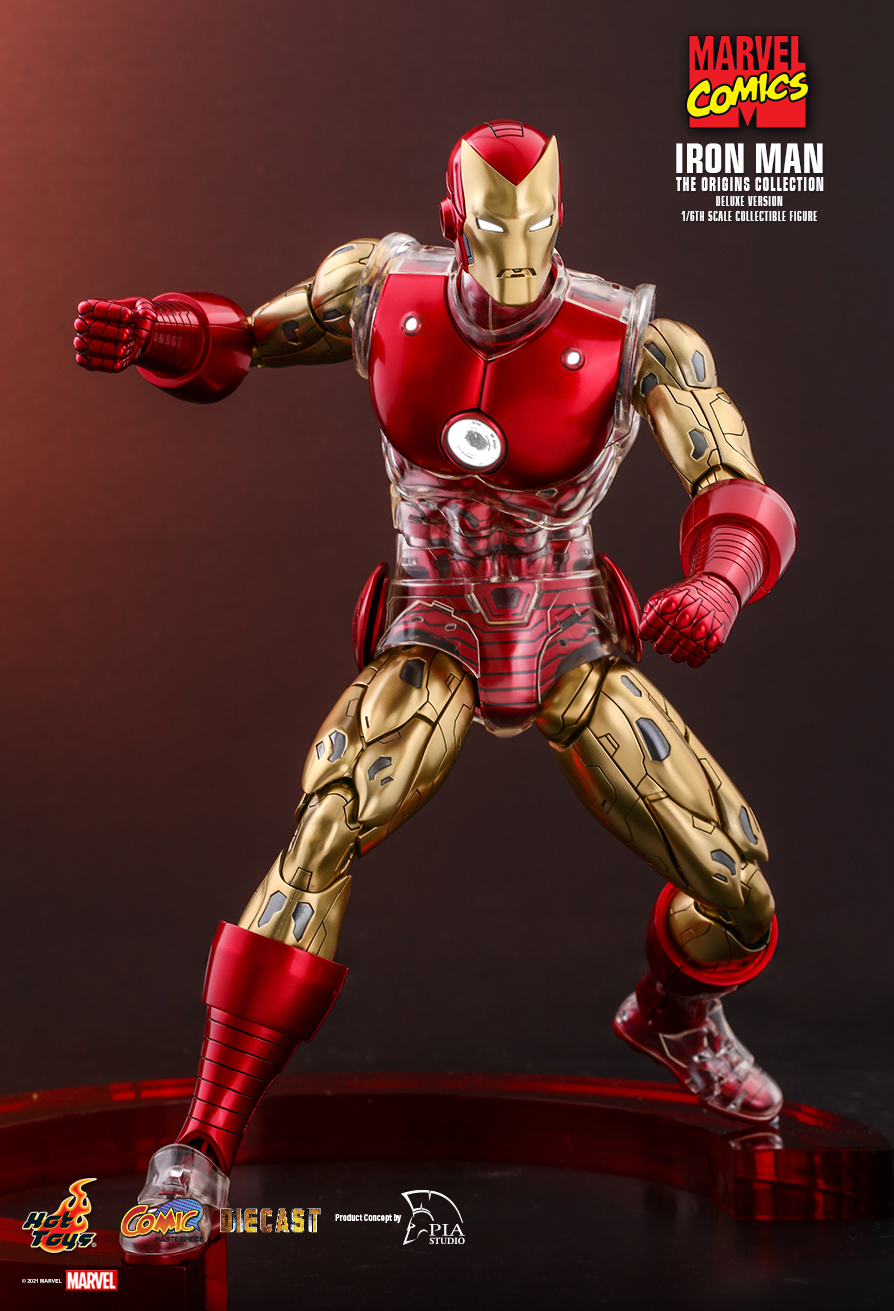 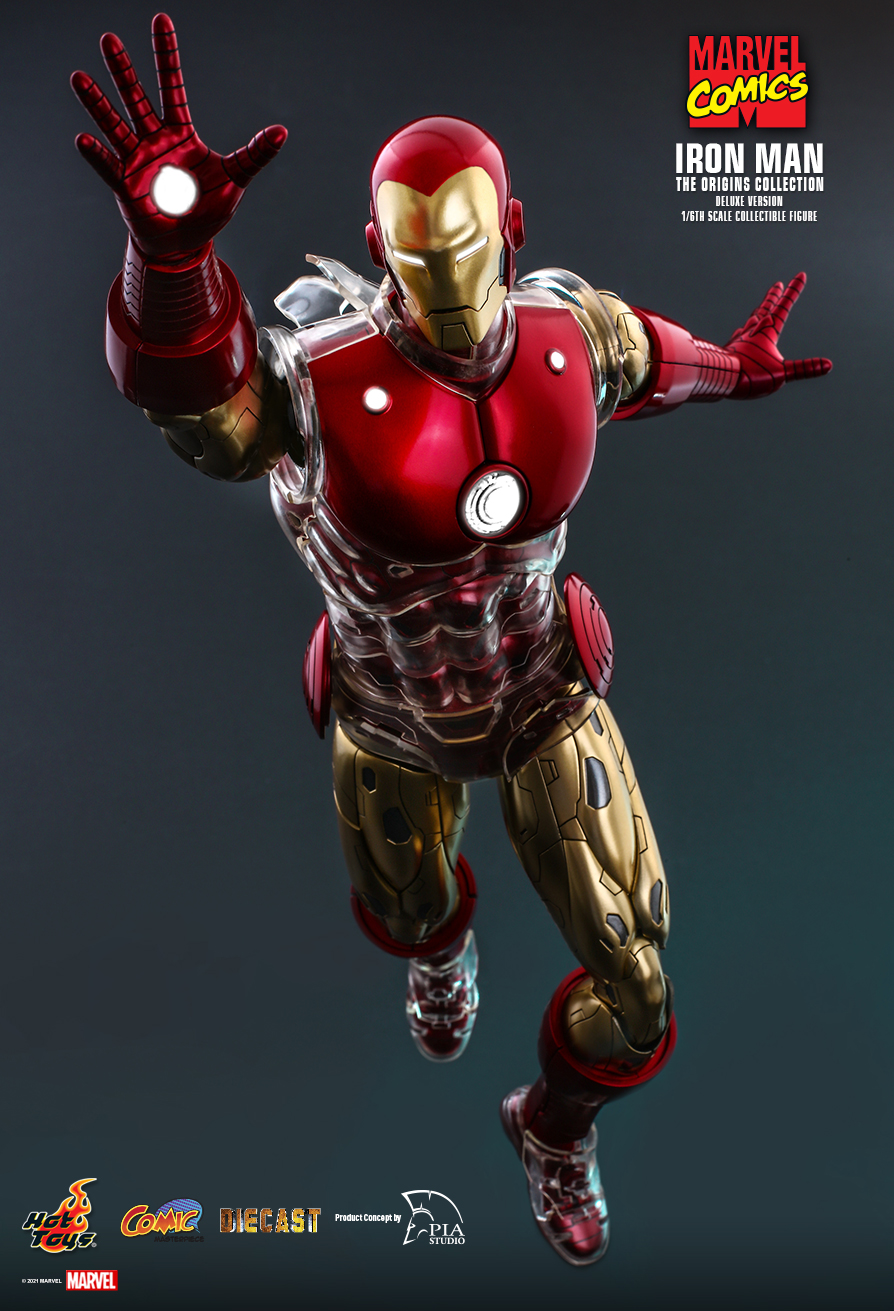 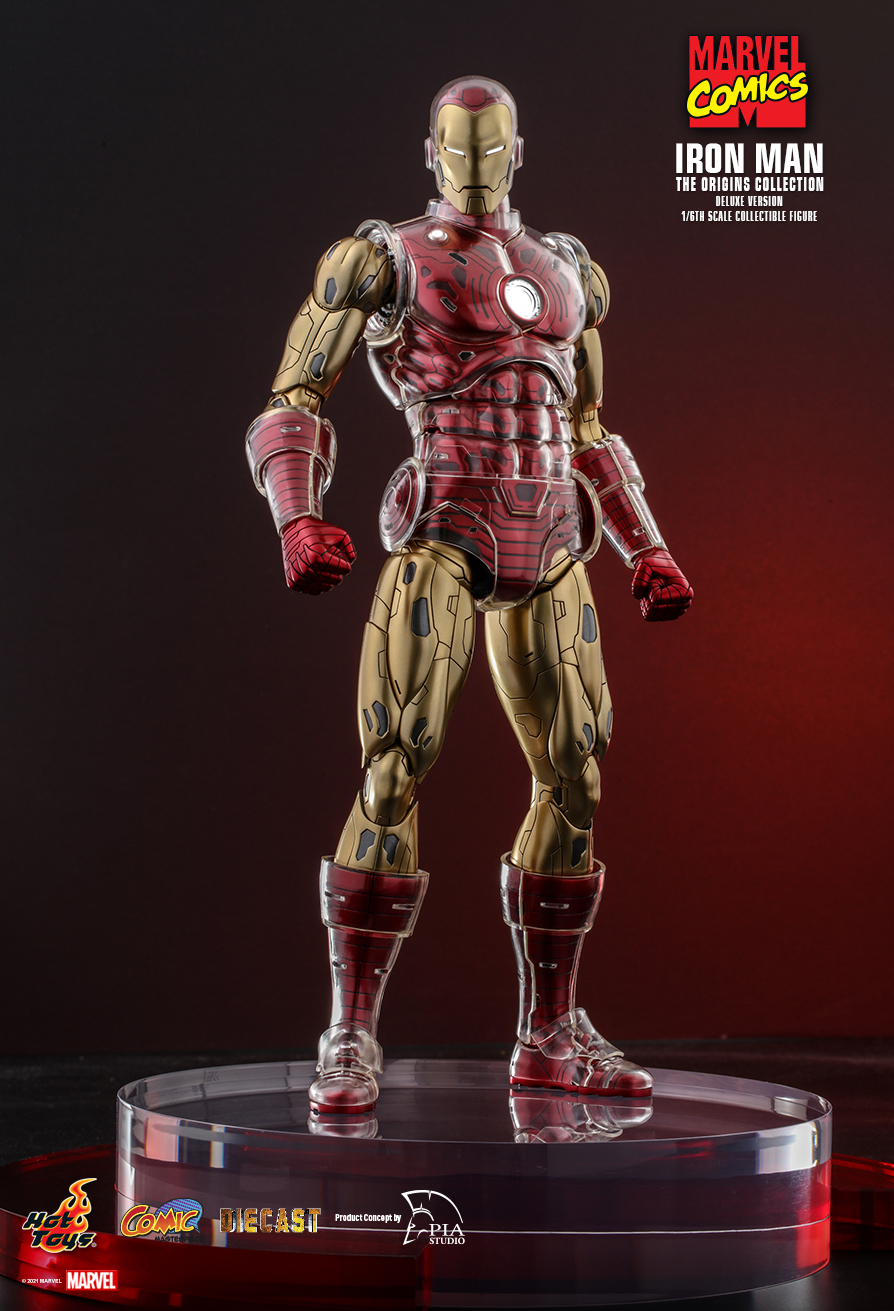 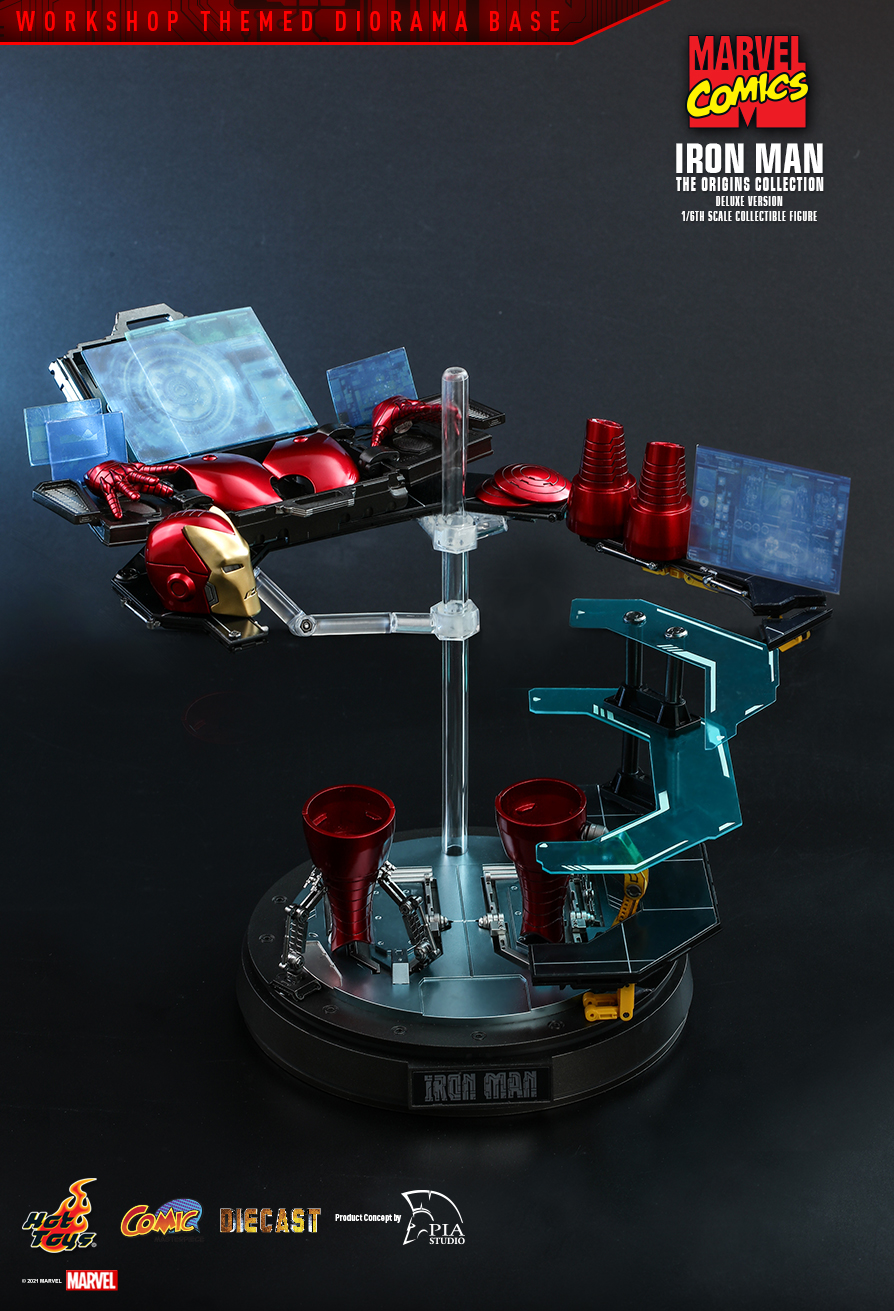 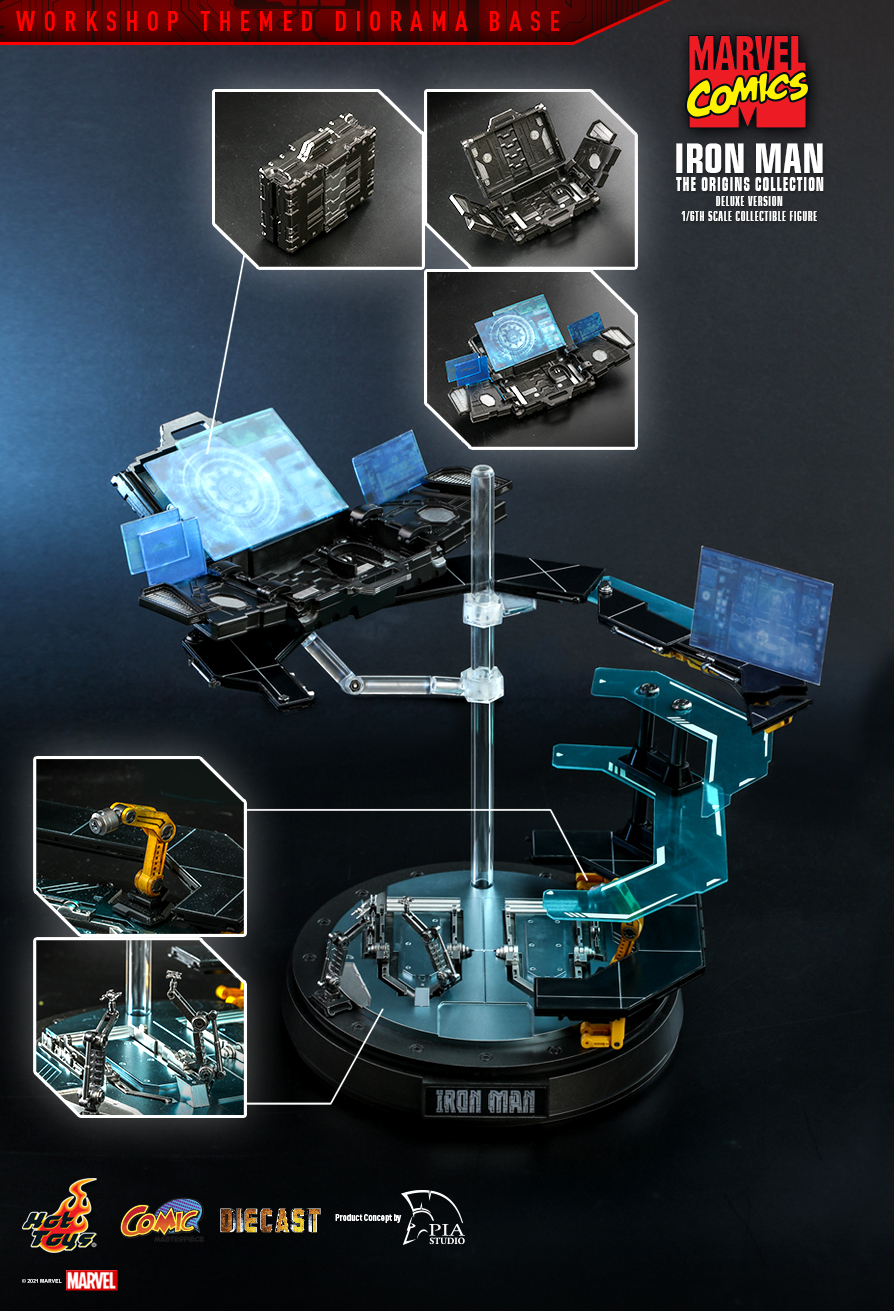 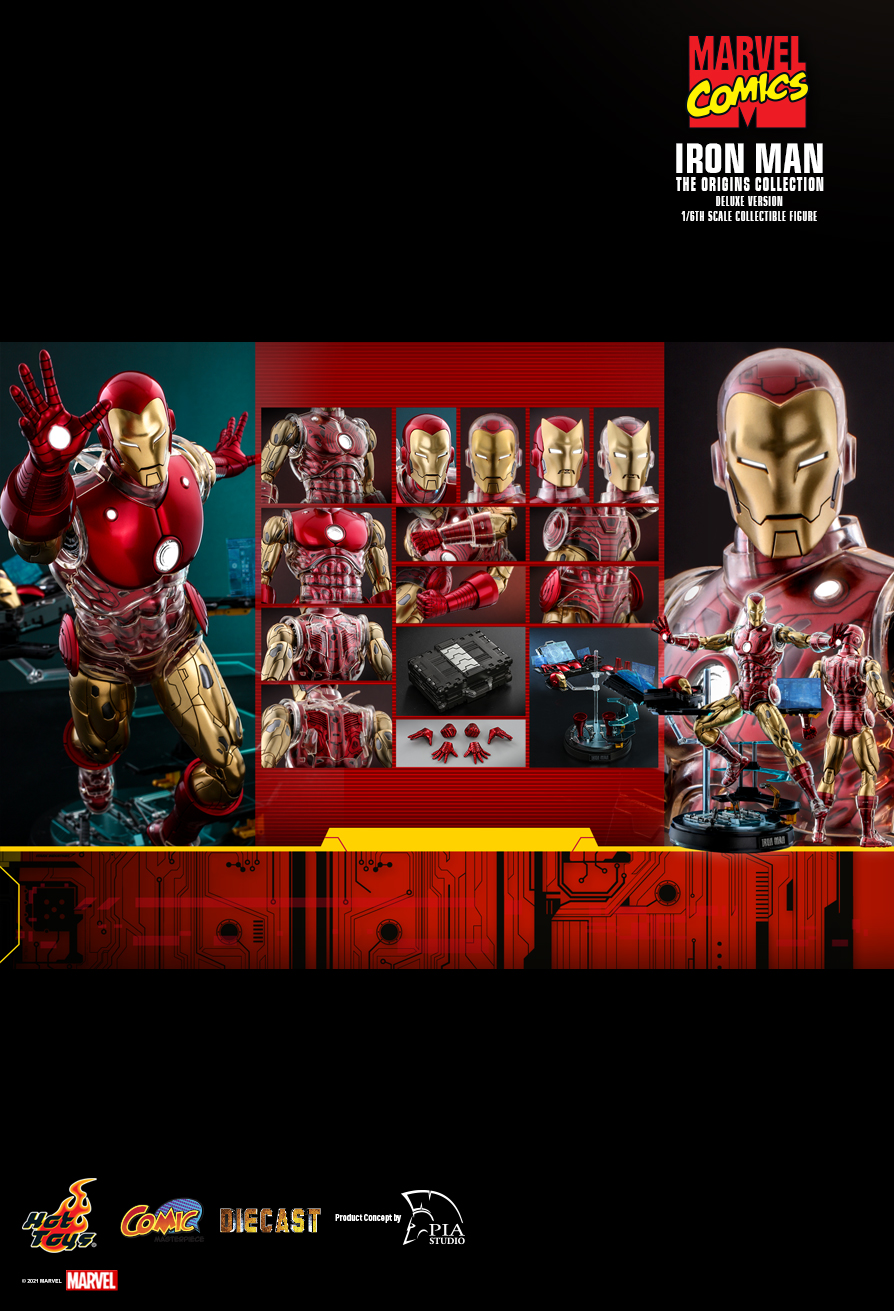 The appearance of Iron Man in the 1960s did not only introduce a wardrobe of high-tech armored suits to fans, but also maintained a regular presence among the members of Avengers. His hulking gray costume in the early days was later redesigned to an ever-sleeker suit of armor that hewed to a red and gold color theme which is still significant until today.

Going back to the origins of our favorite superheroes, Hot Toys is bringing The Origins Collection which takes inspiration from the pages of classic Marvel Comics.

To kick off the collection, Sideshow and Hot Toys is pleased to introduce the Iron Man Suit Armor (Deluxe Version) as a diecast sixth scale collectible figure with re-imagined crystal armors, and a specially designed Tony Stark’s Workshop themed diorama base to enhance the collecting experience.

Suit up your Marvel collection with the one-of-a-kind Iron Man figure!