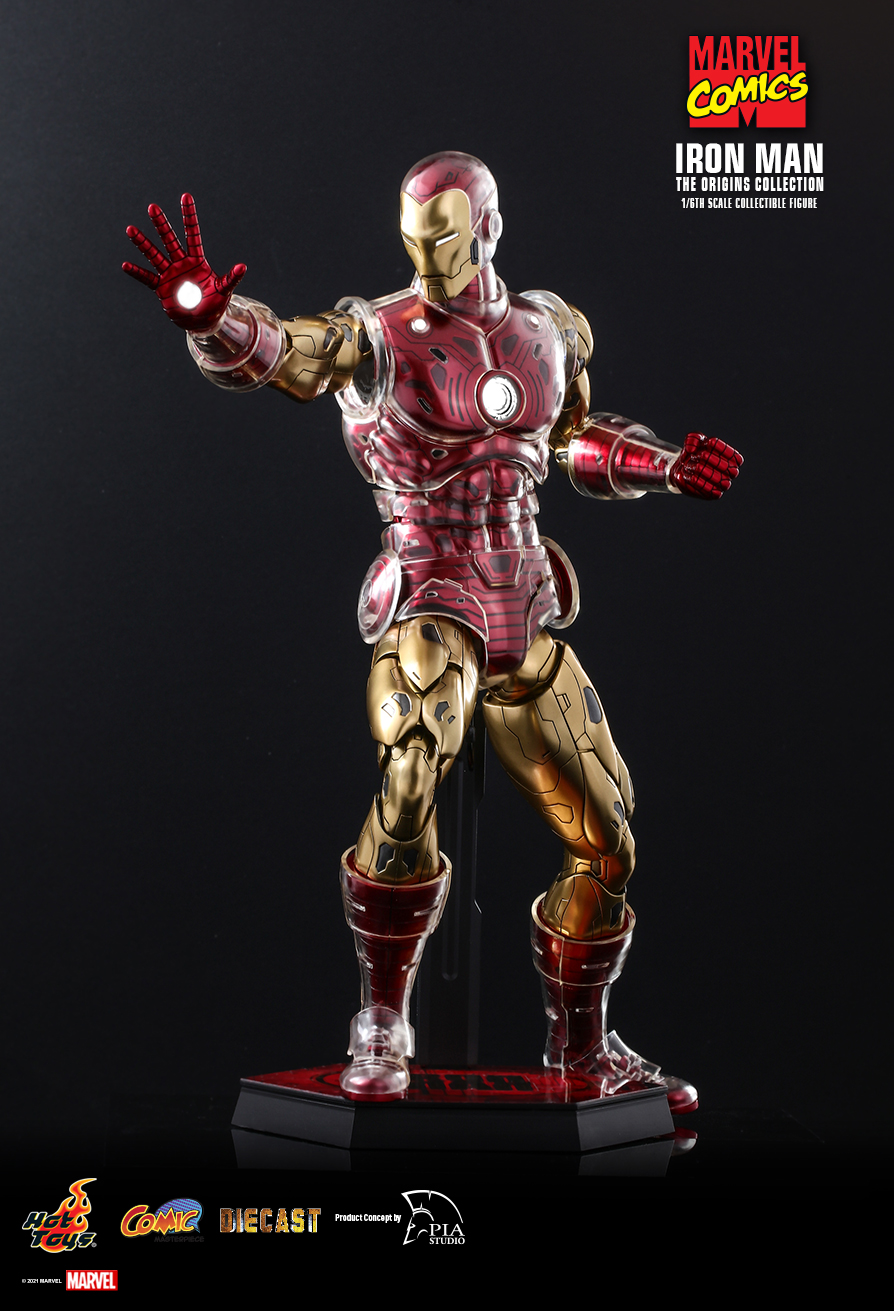 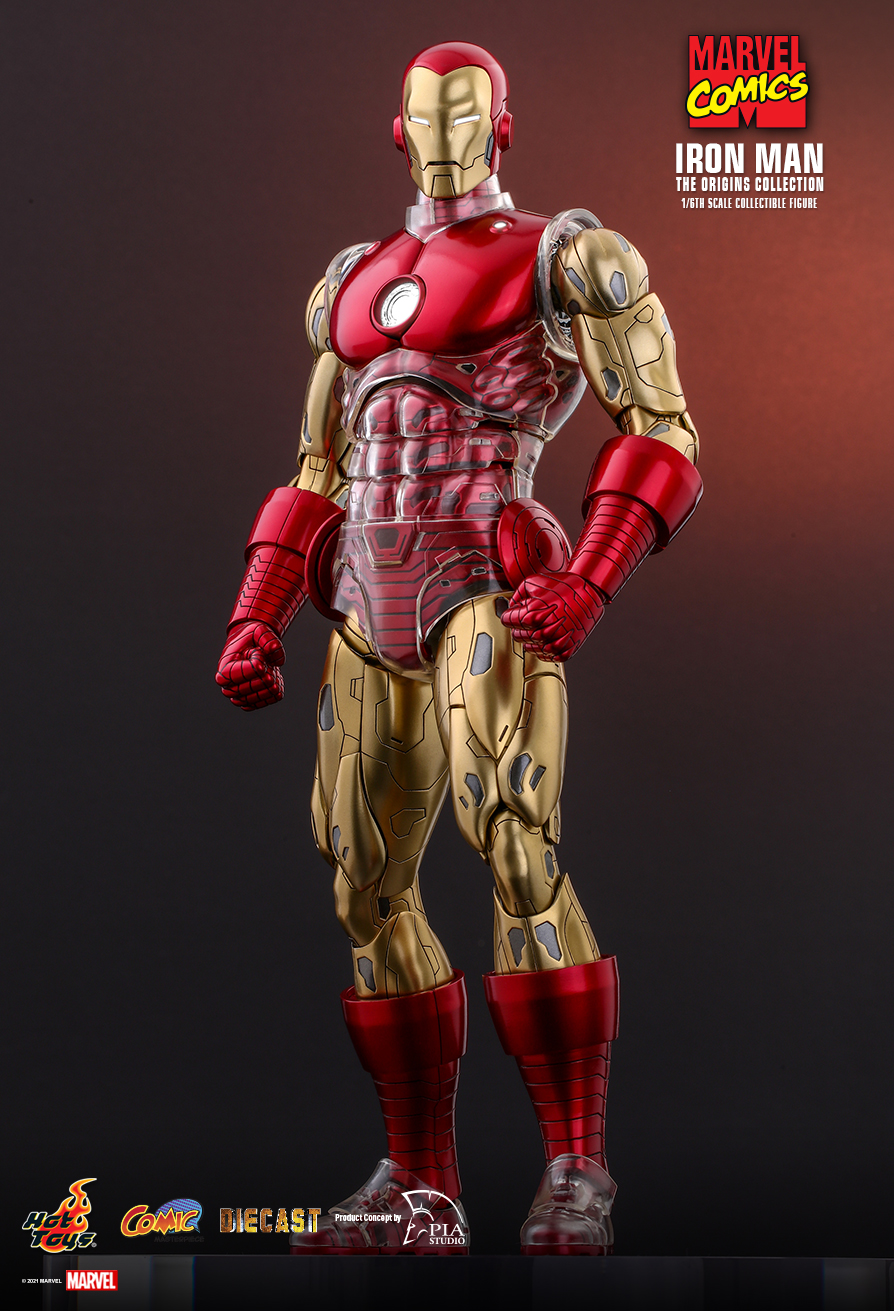 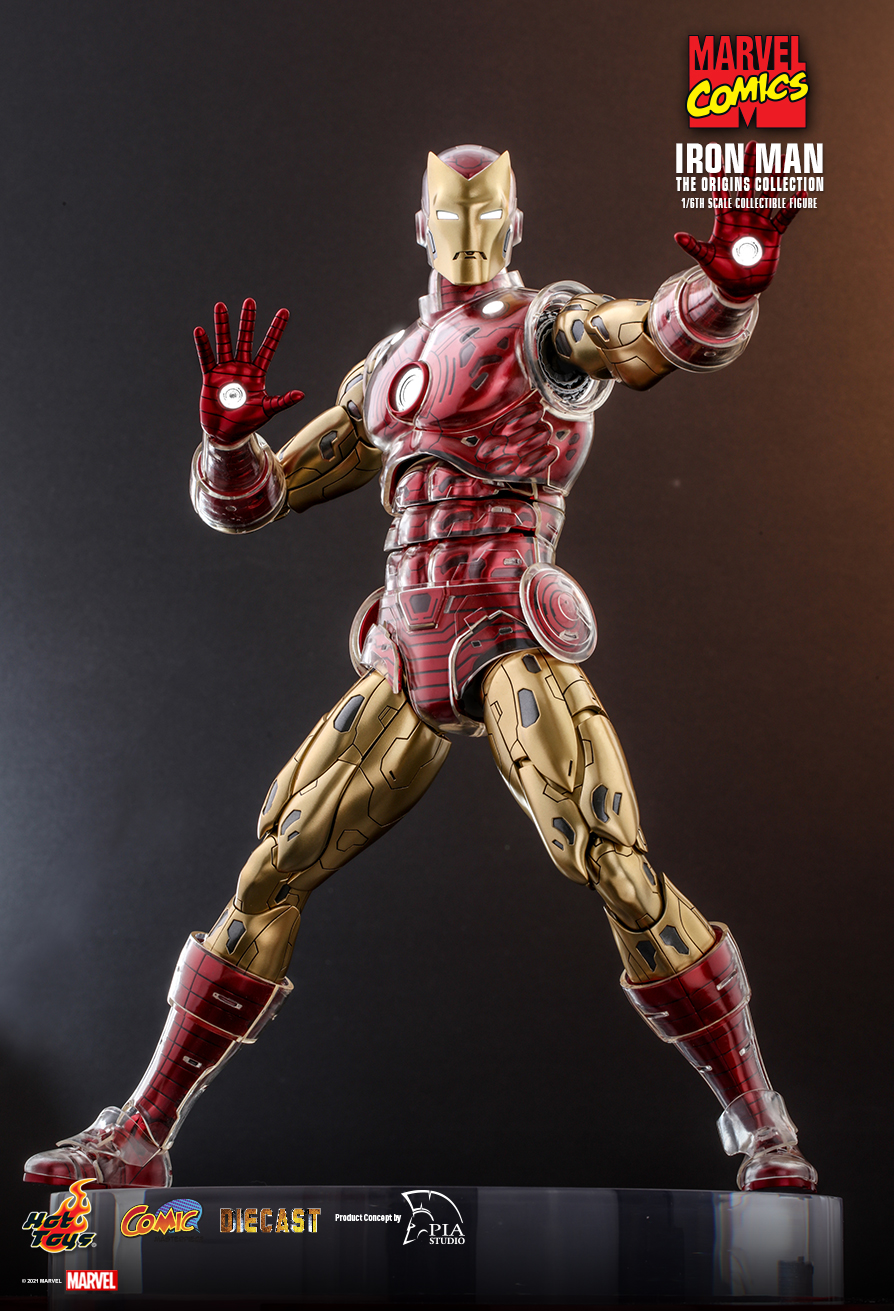 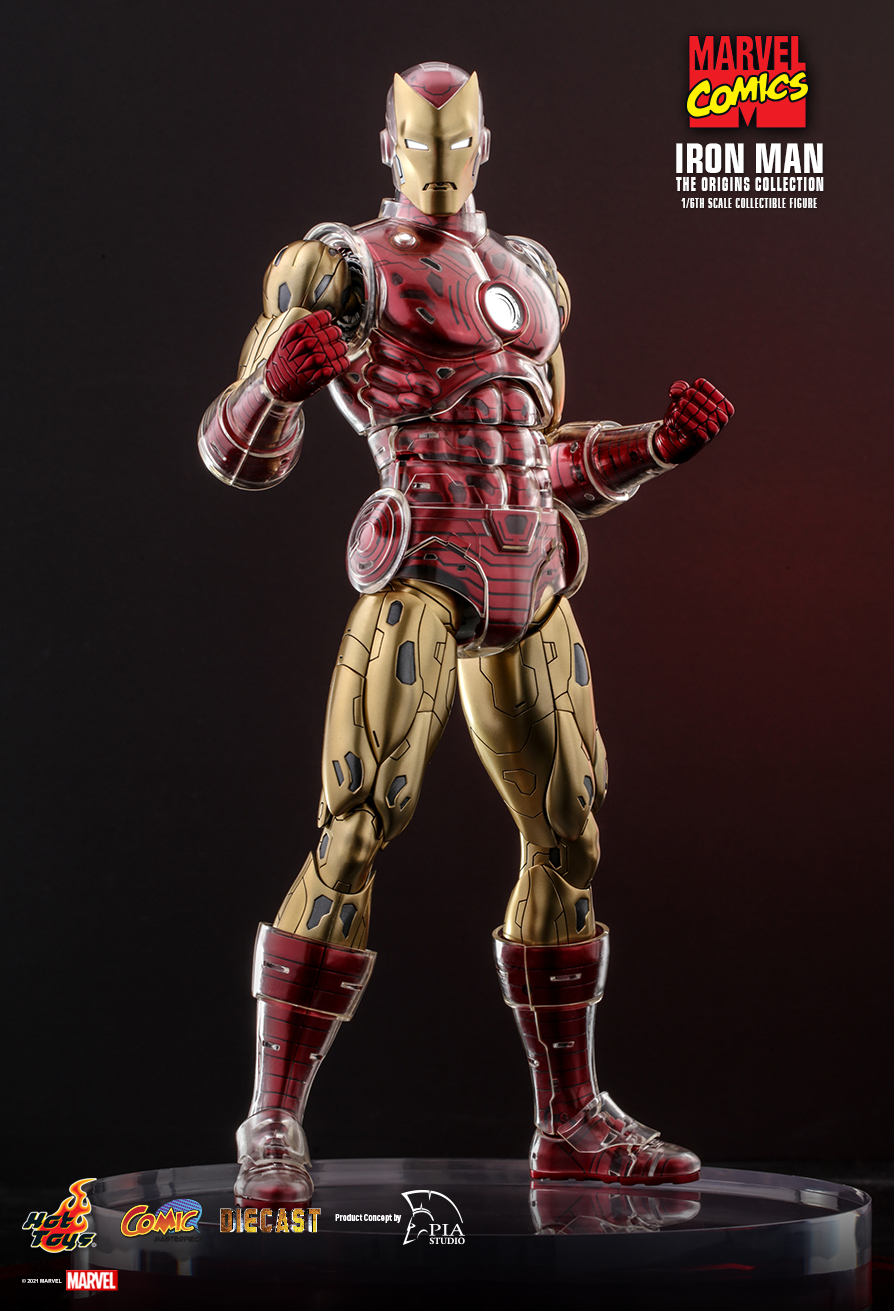 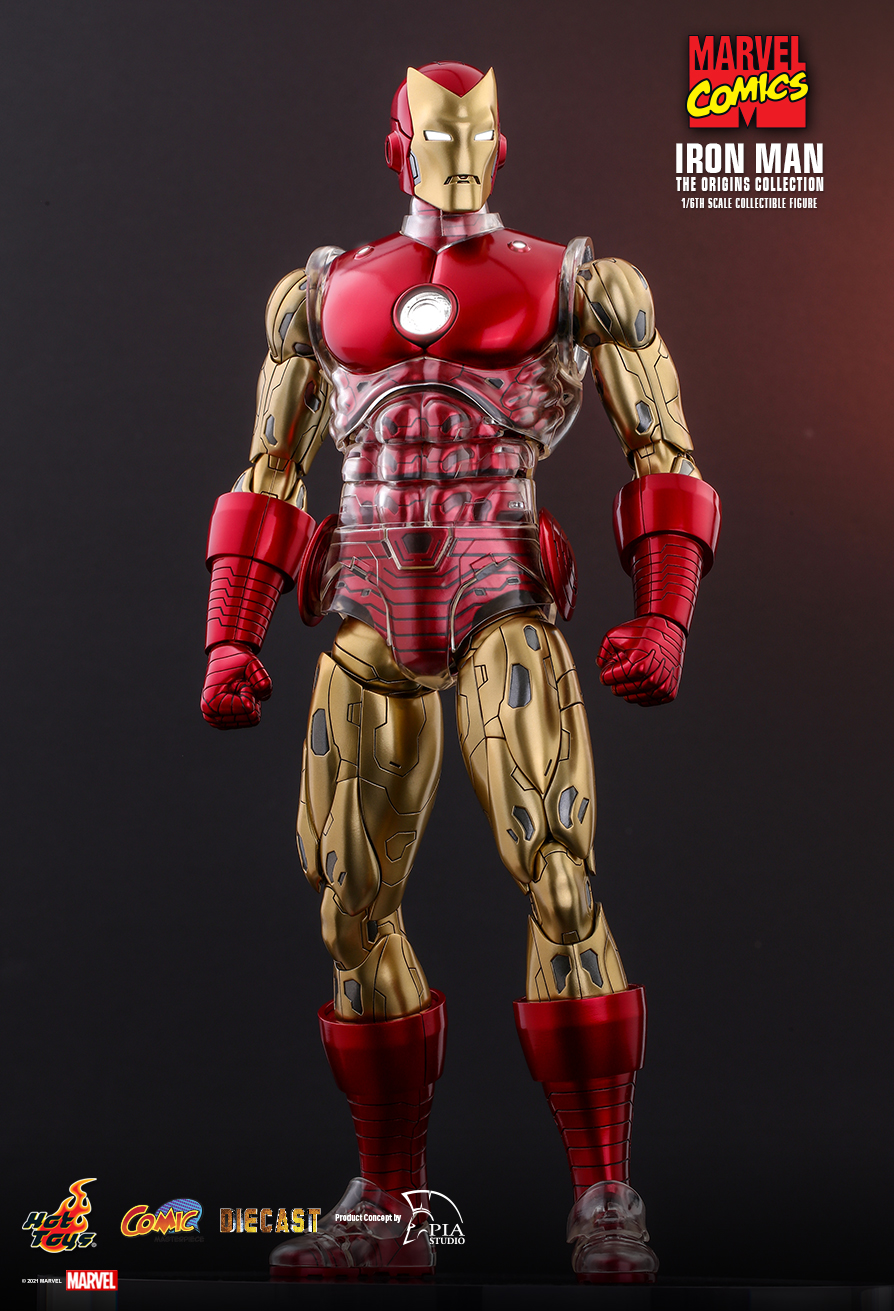 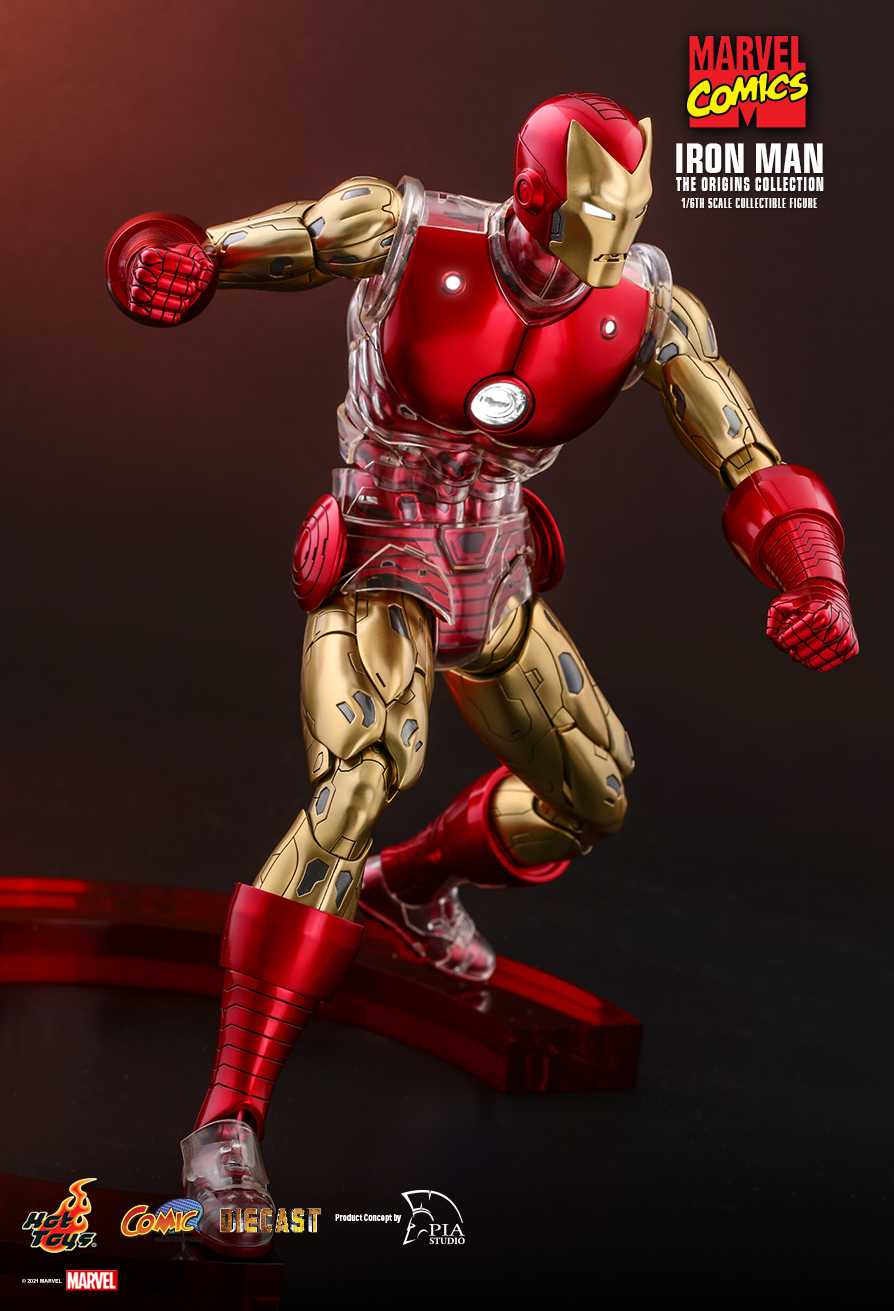 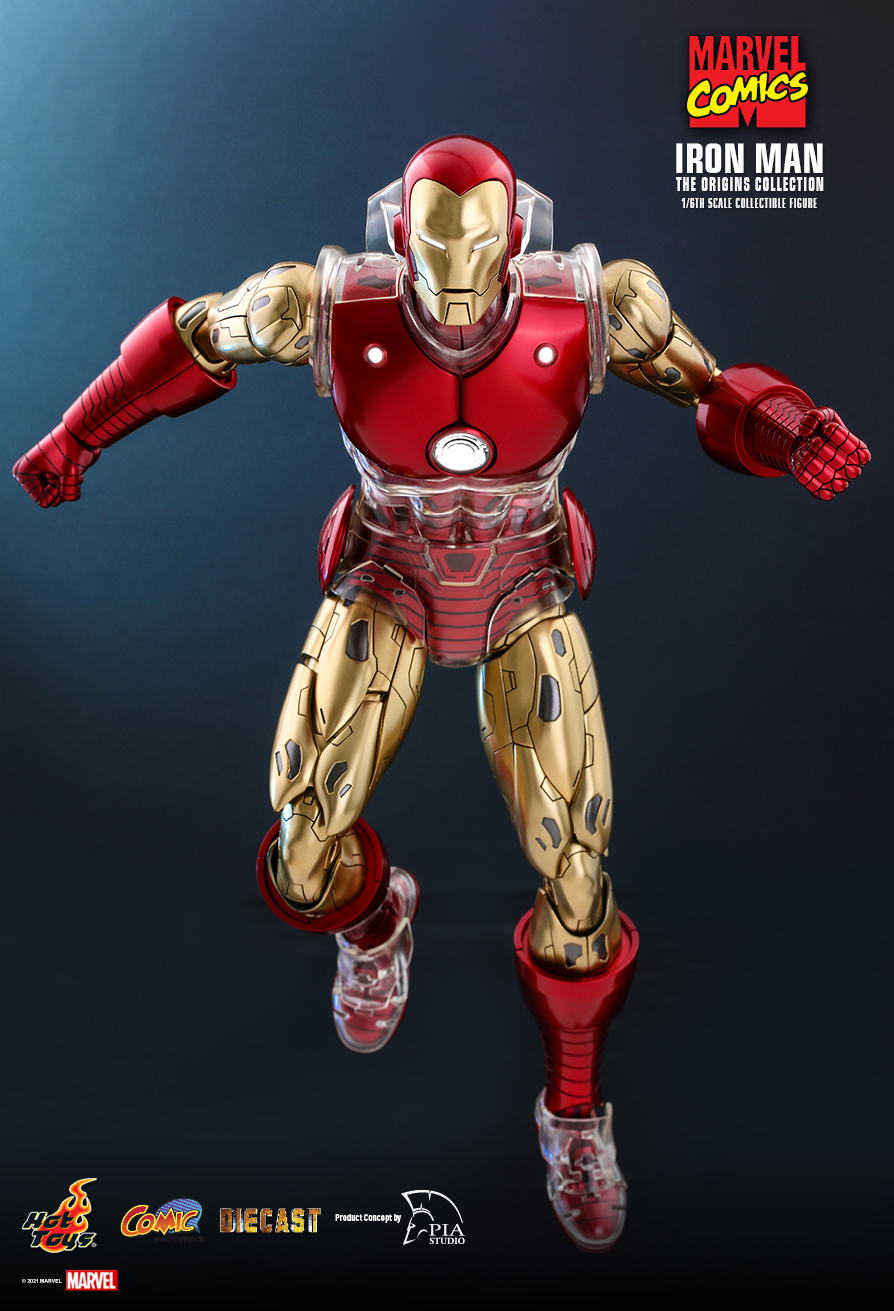 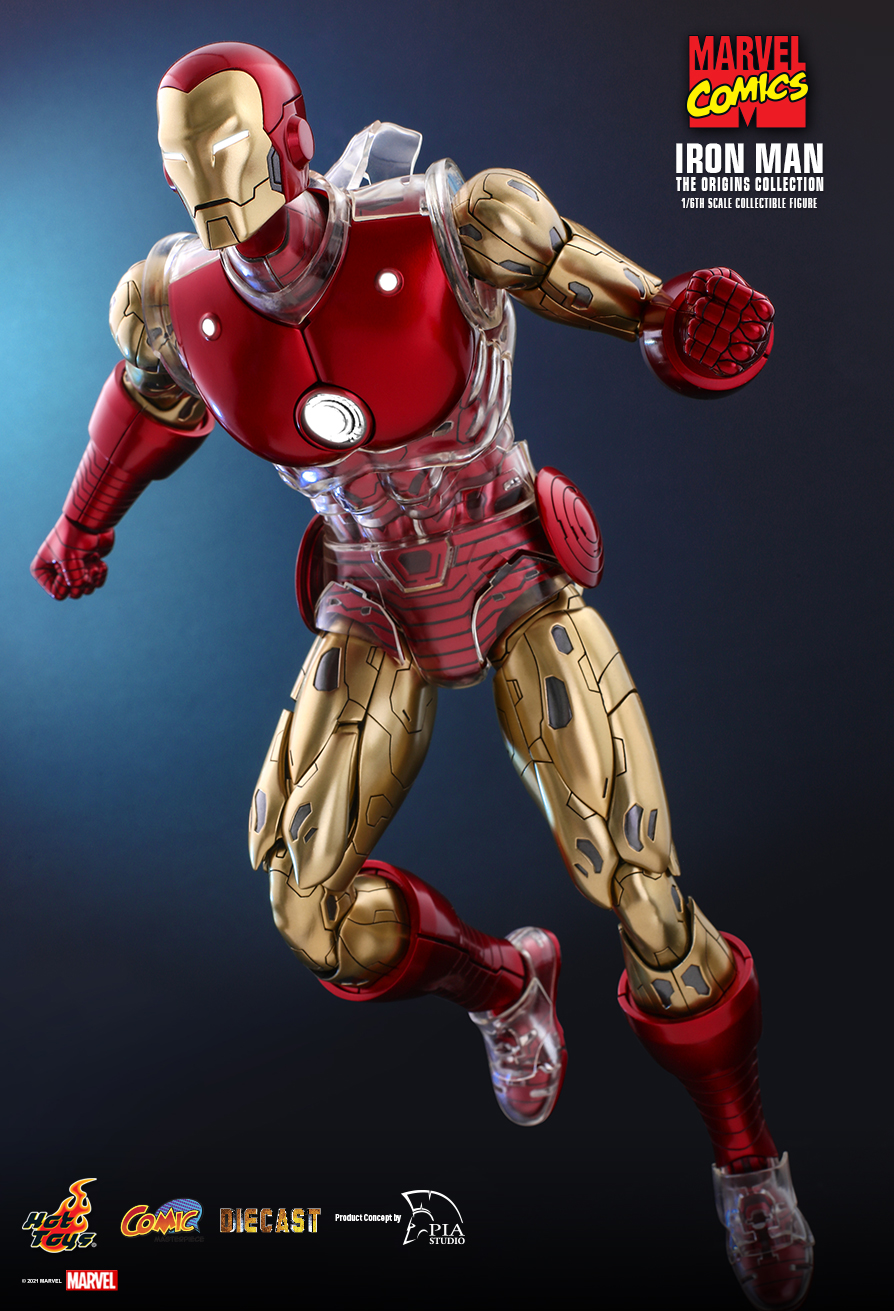 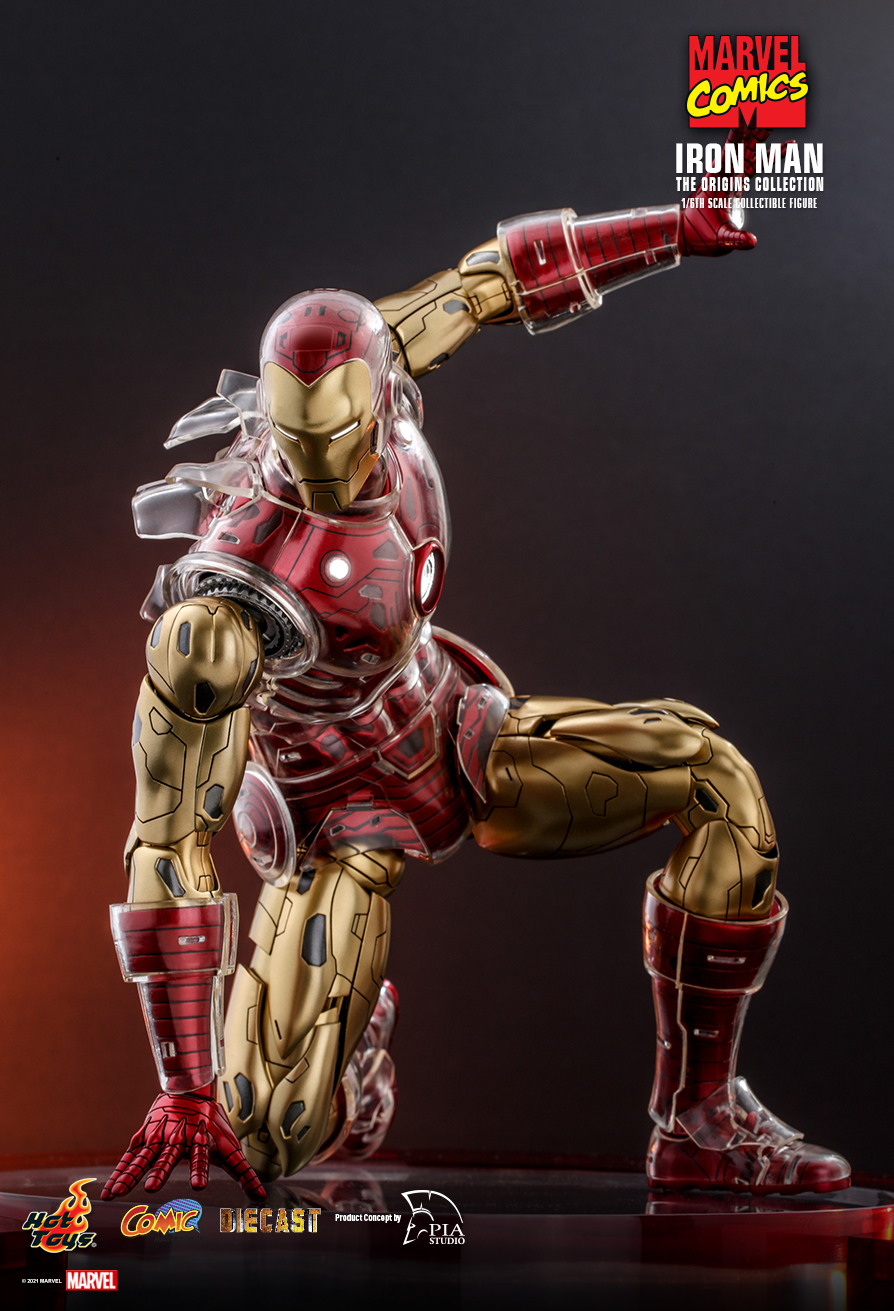 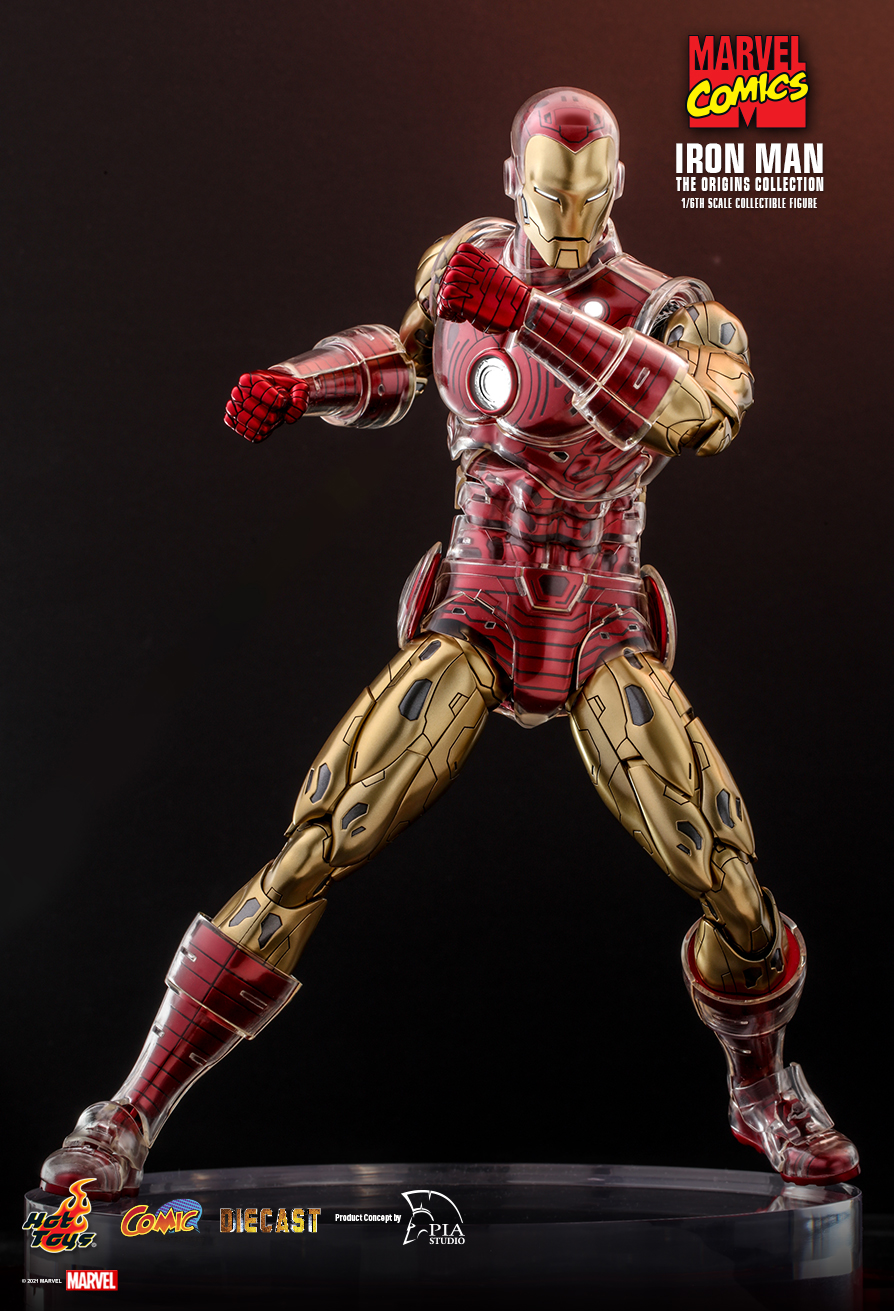 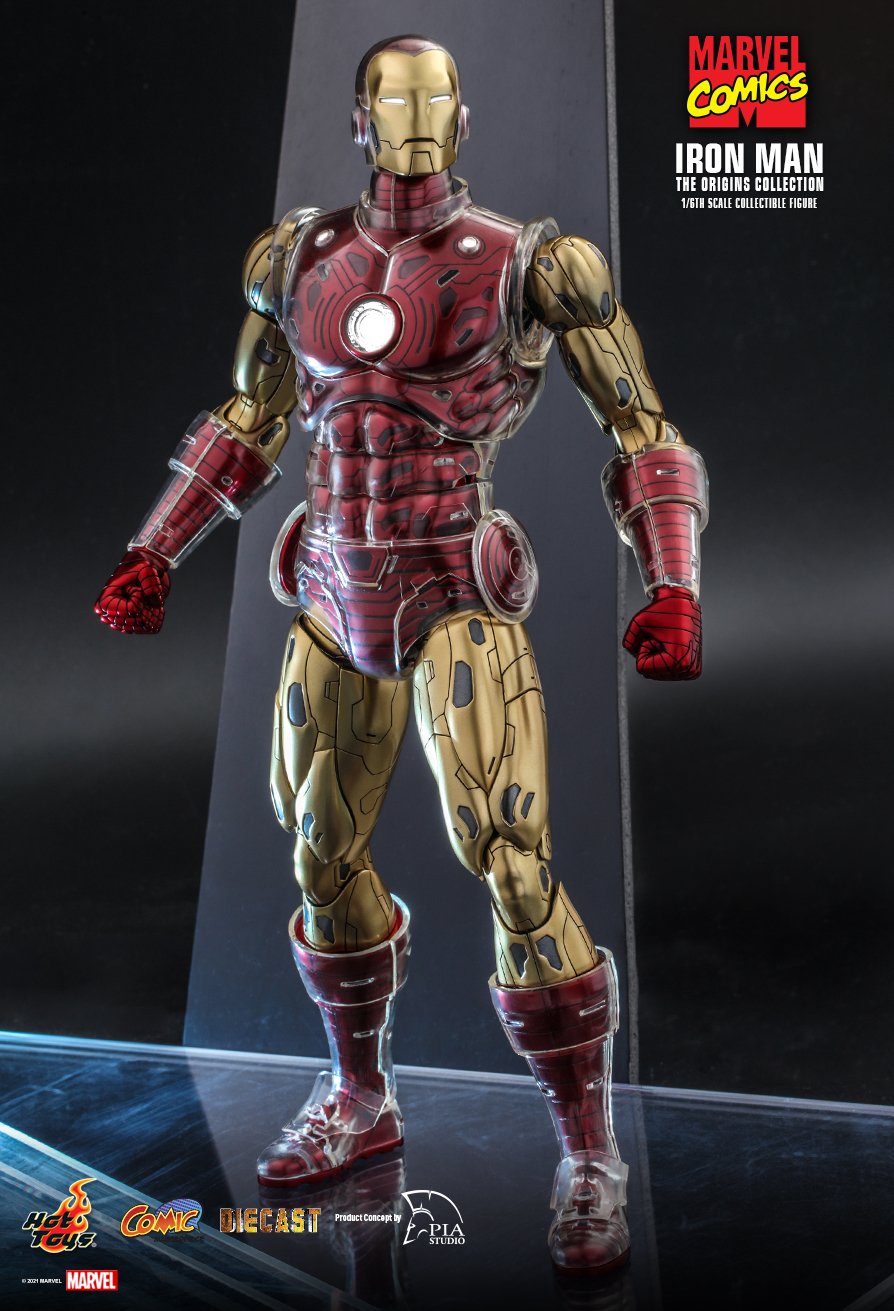 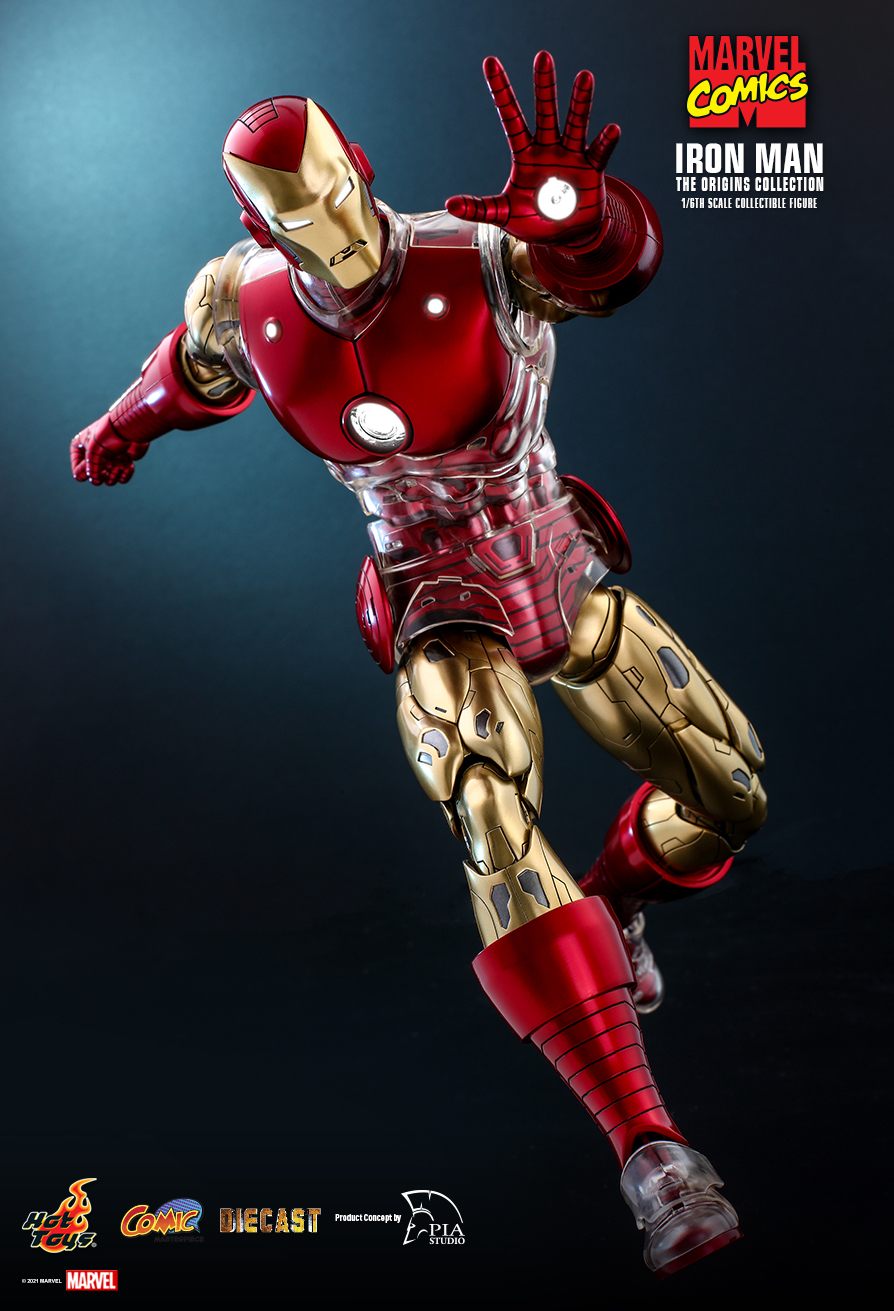 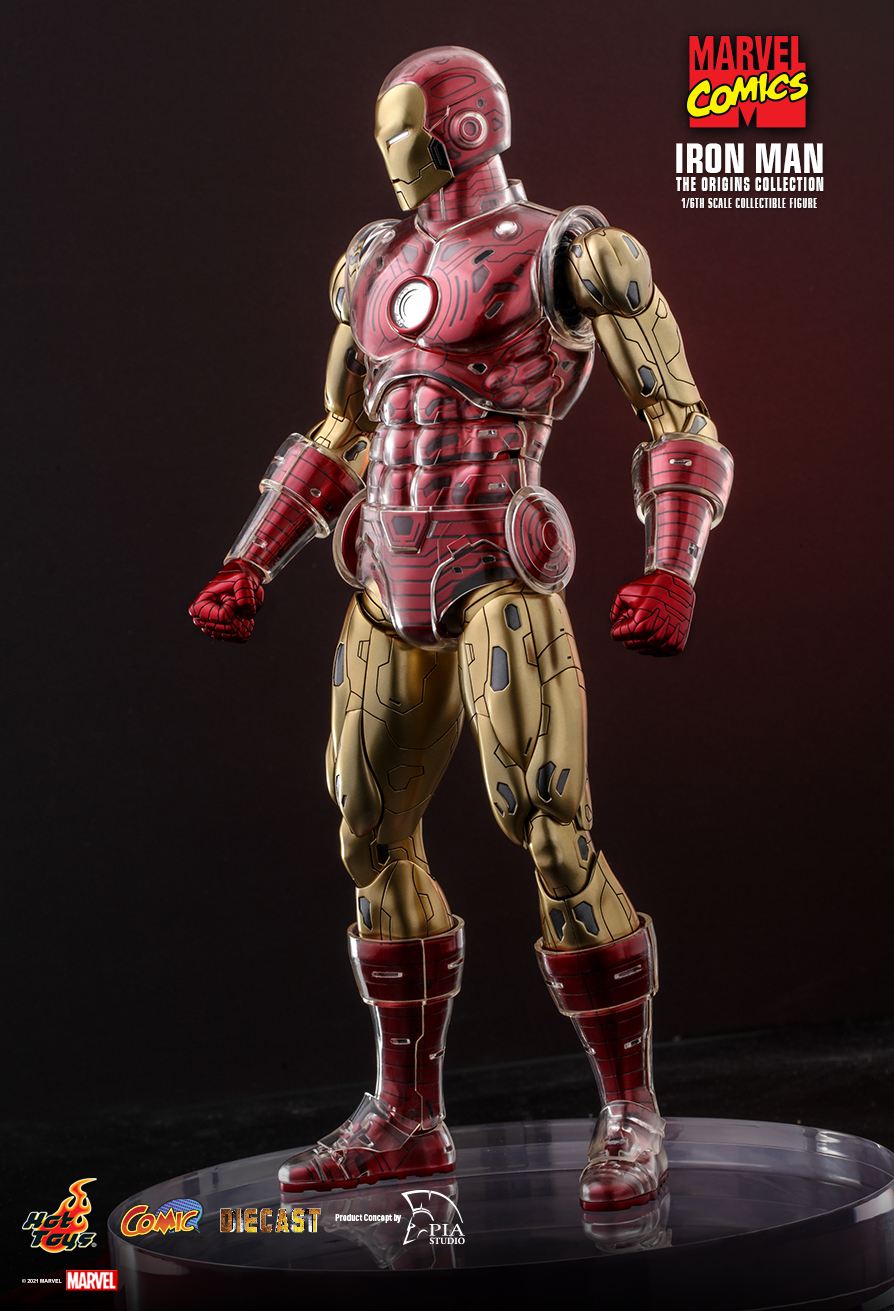 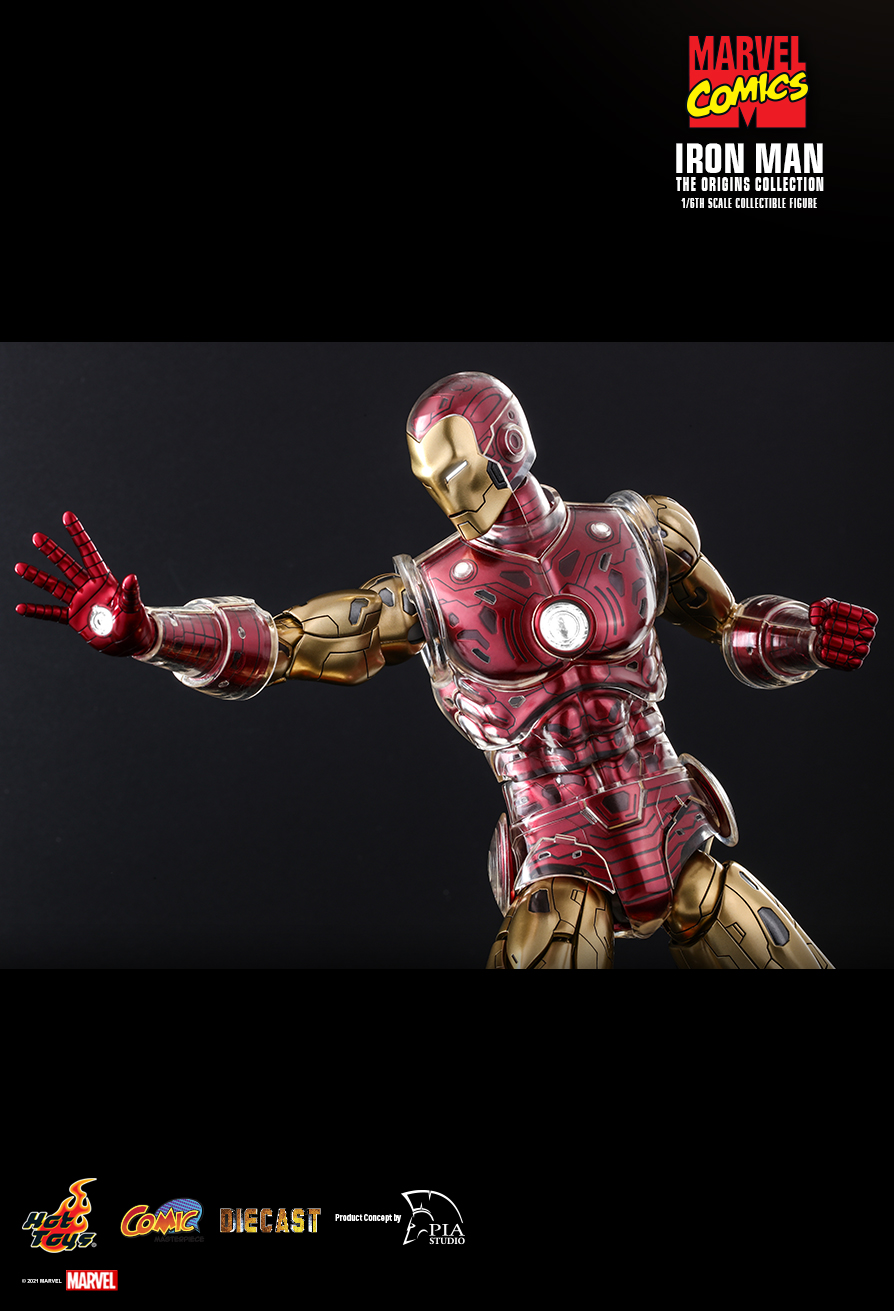 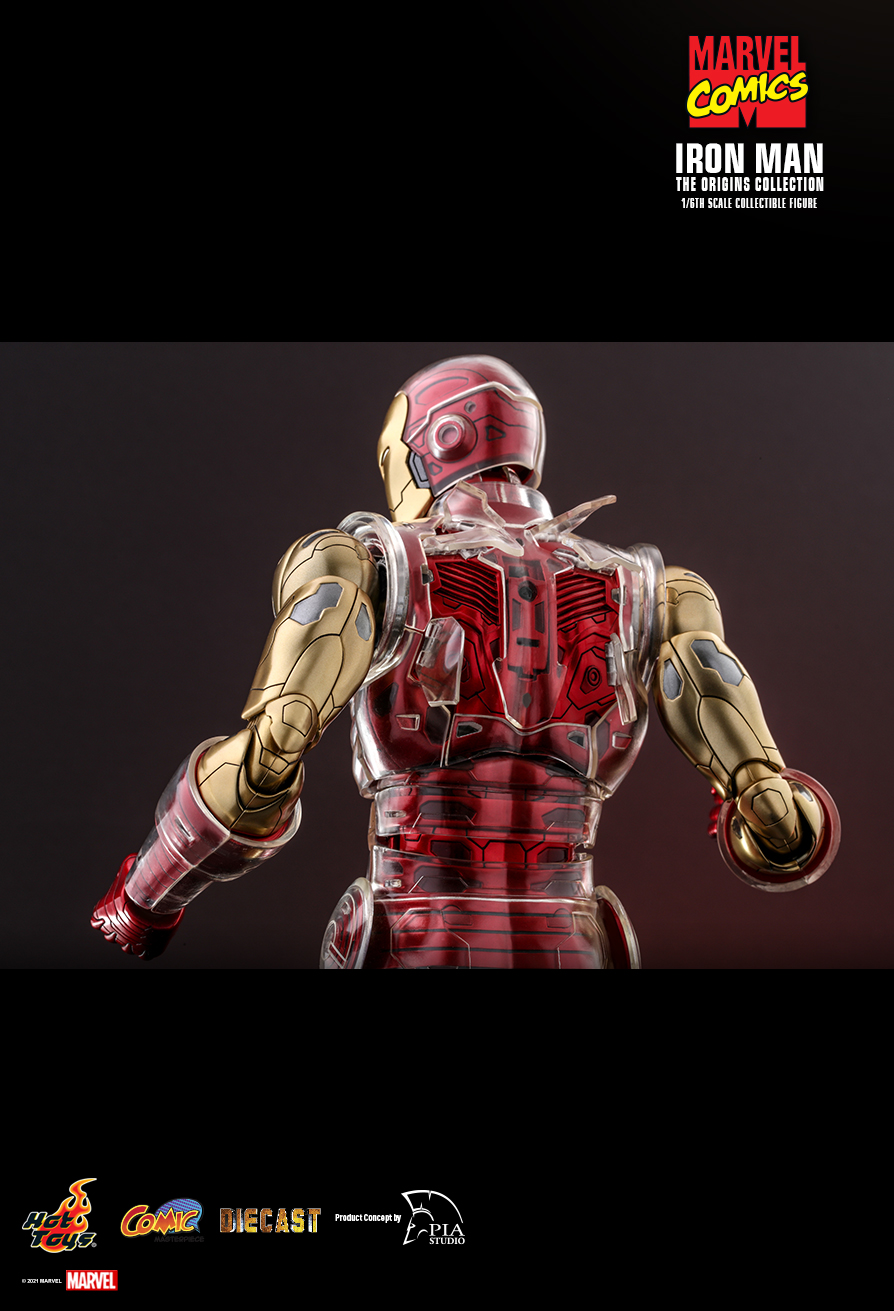 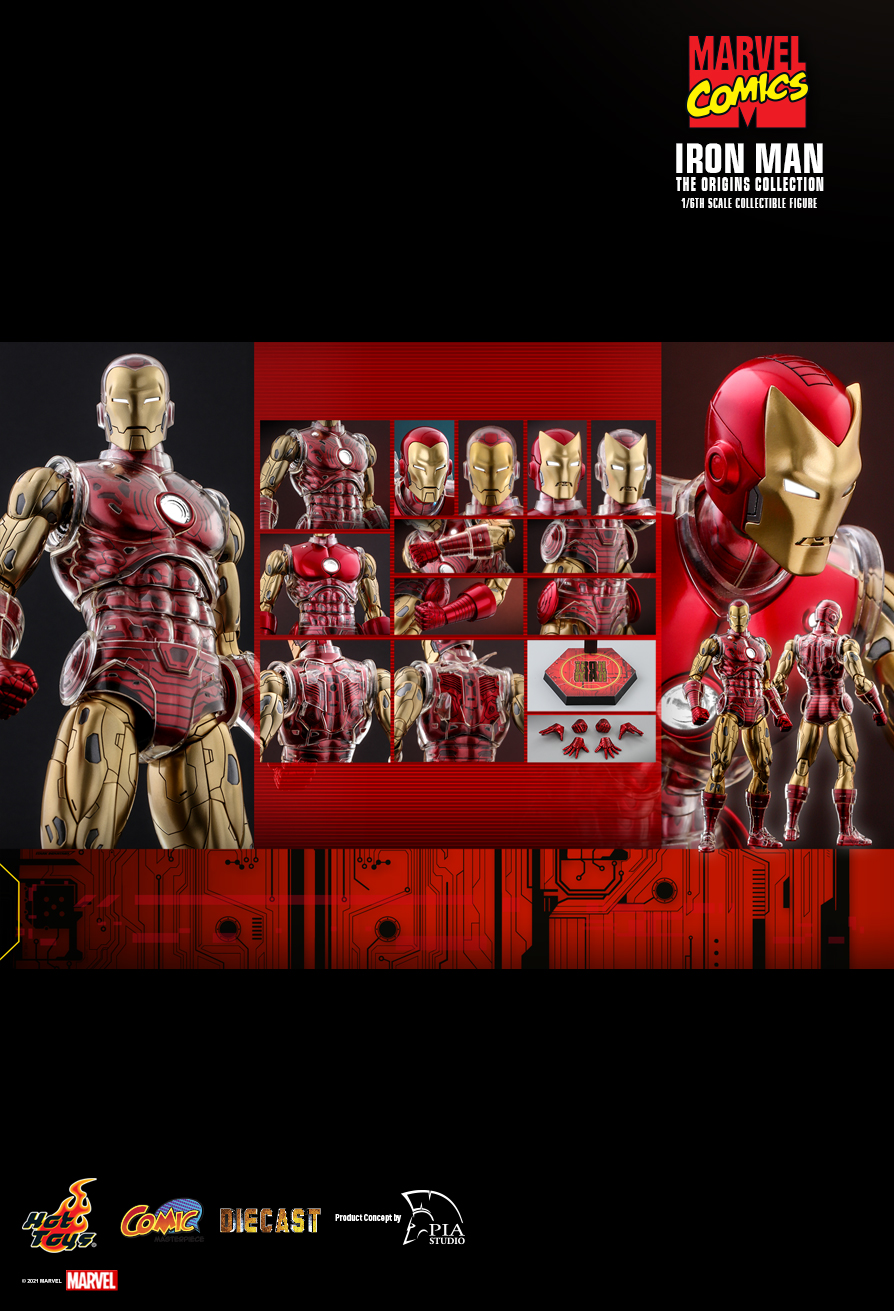 Iron Man is one of the greatest heroes in the Marvel Universe! Having created a wondrous suit of armor in the workshop to keep himself alive, Tony has revised it dozens of times, each version with increased capabilities, faster operation, reduced energy usage, and adaptability to the greatest threats the universe has to offer.

Going back to the origins of our favorite superheroes, Hot Toys is bringing The Origins Collection which takes inspiration from the pages of classic Marvel Comics. Proudly presenting to fans today, the red and gold Iron Man Suit Armor as a 1/6th scale collectible diecast figure that comes with reimagined crystal armors.

Crafted based on Iron Man in Marvel Comics with stunning details, the figure features a newly crafted helmet head with LED-light up function; intricate design of the Iron Man armor and structure illustrating its mechanical detail; beautifully painted in red and gold coloring with a metallic appearance; crystal clear armor parts and interchangeable mask and armor parts for different styles of display; LED light-up functions scattered throughout the upper body, Arc Reactor on chest and palms; multiple pairs of interchangeable hands for iconic poses.

Give a stylish upgrade to your collection with this Armored Avenger figure!