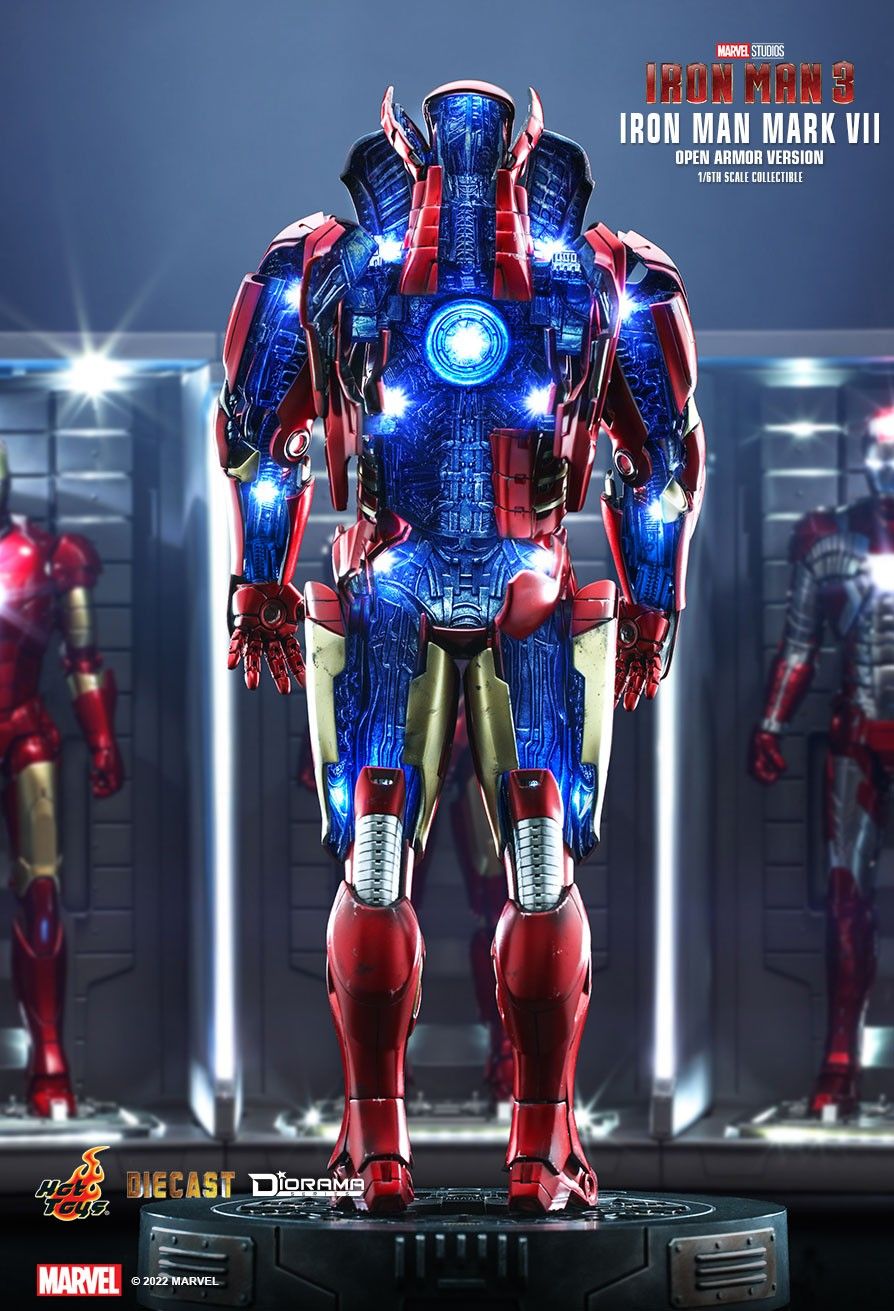 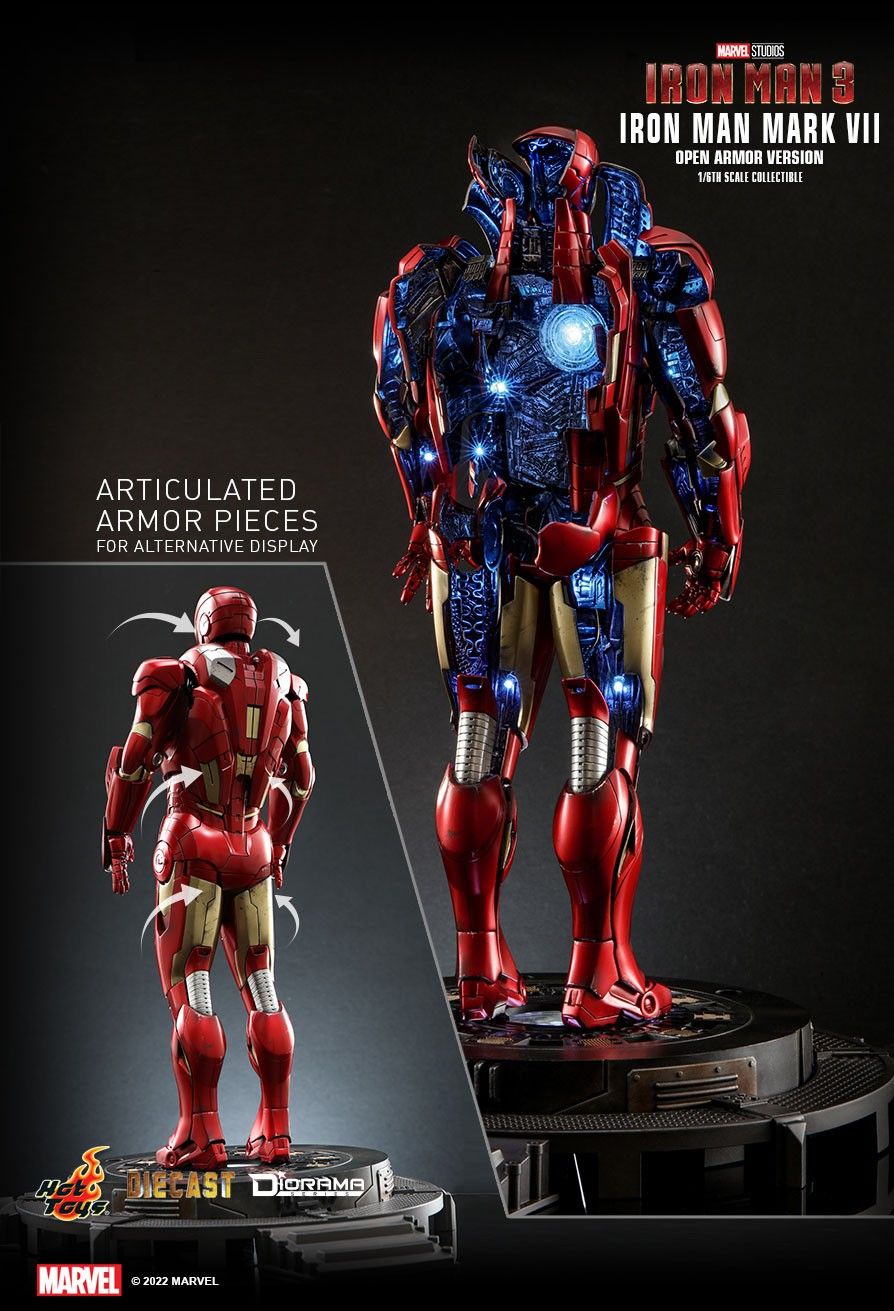 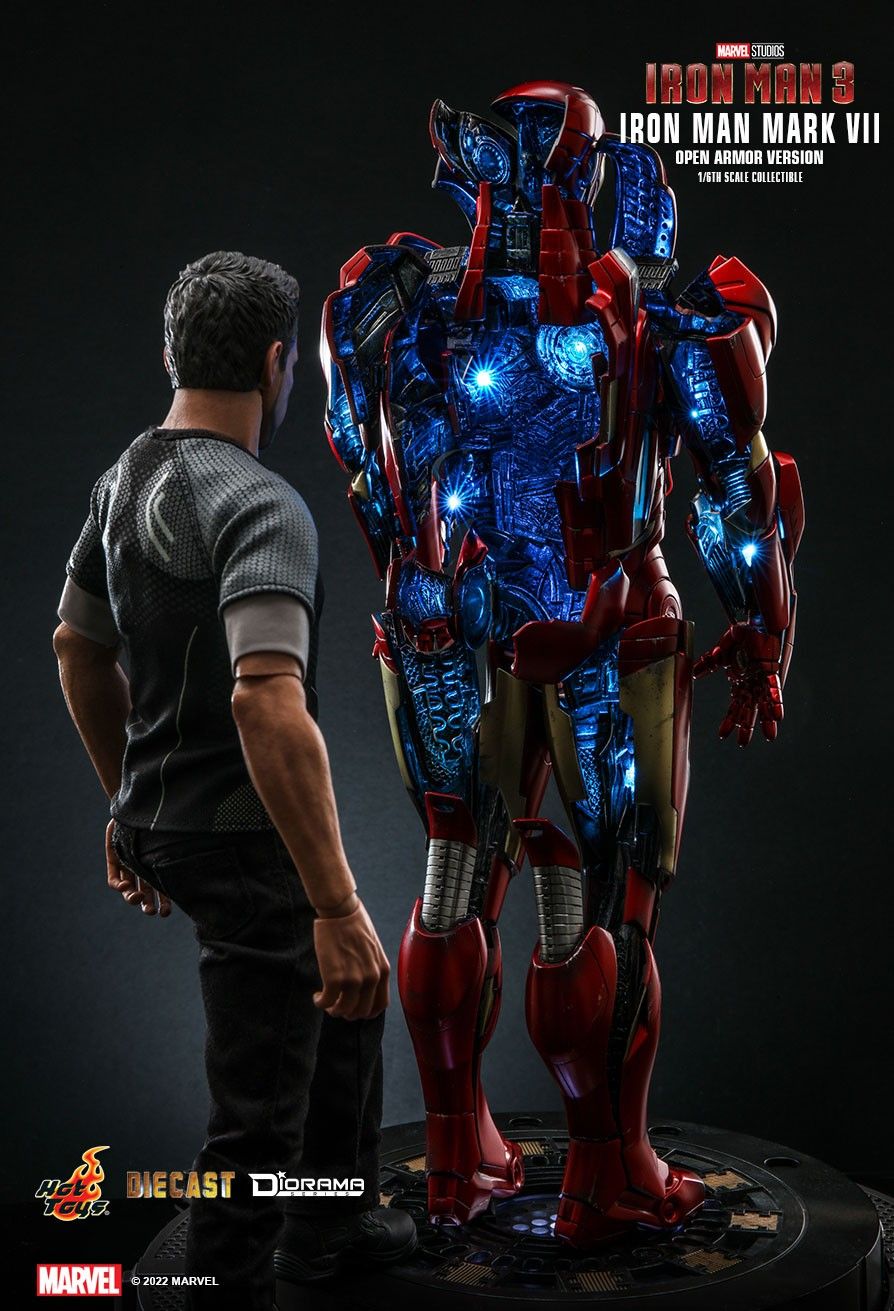 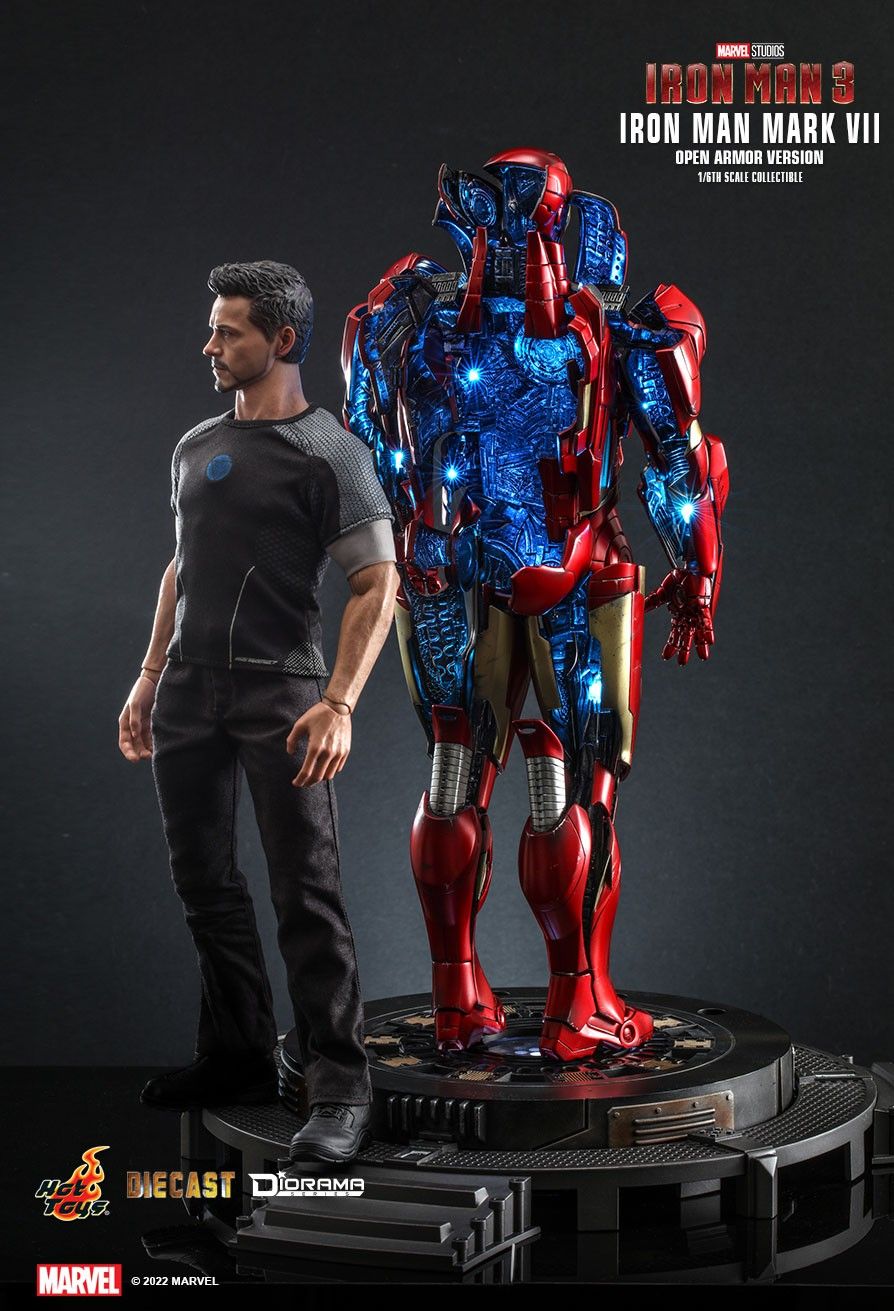 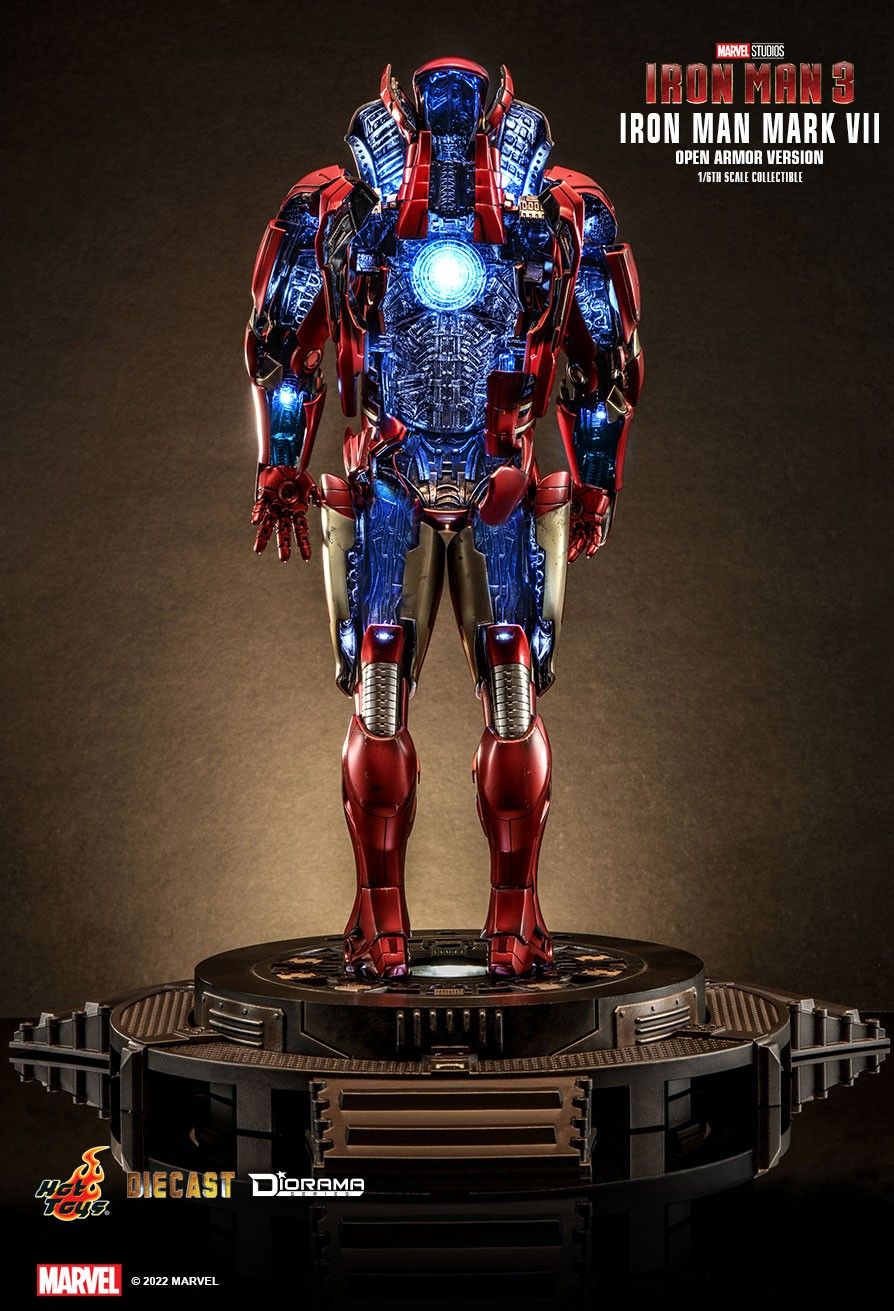 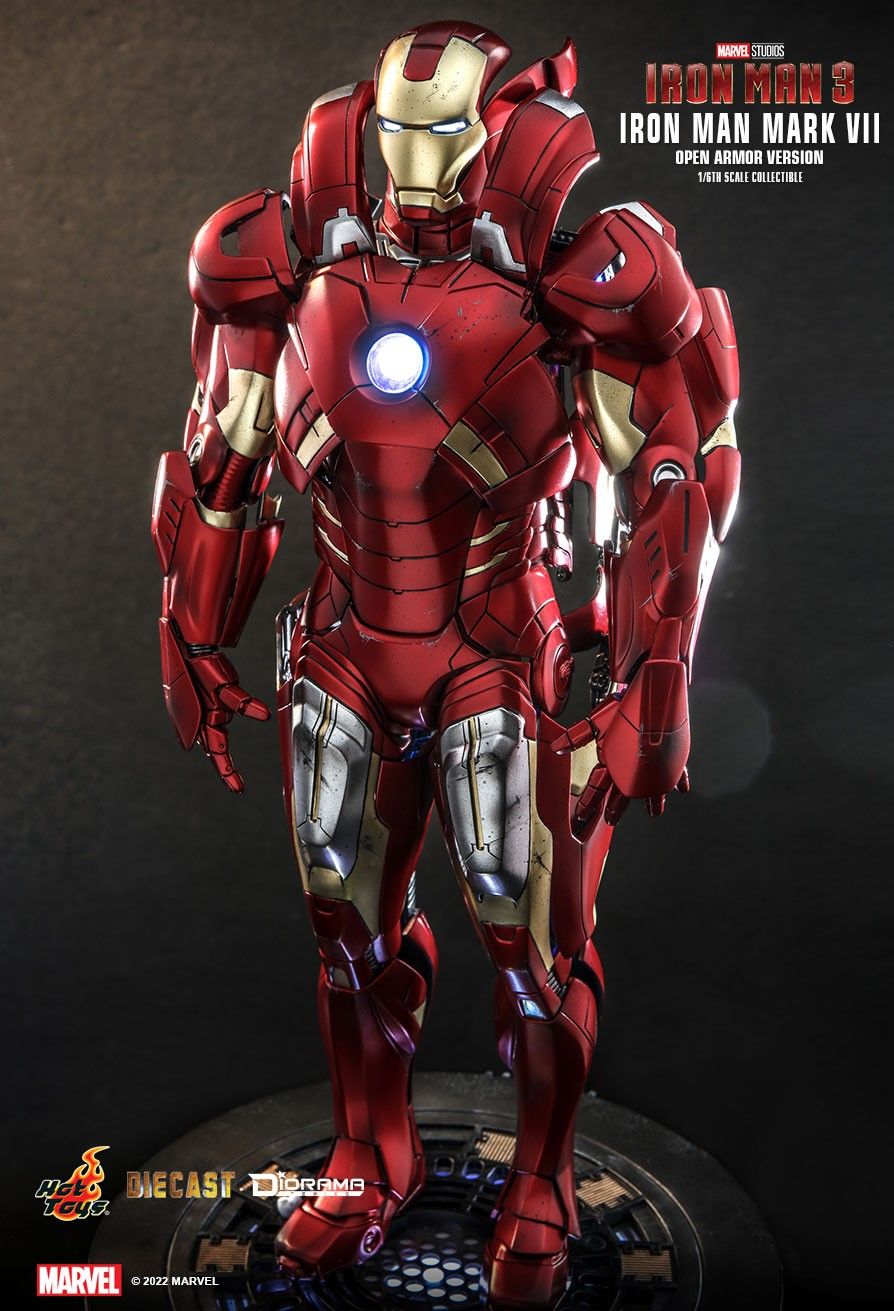 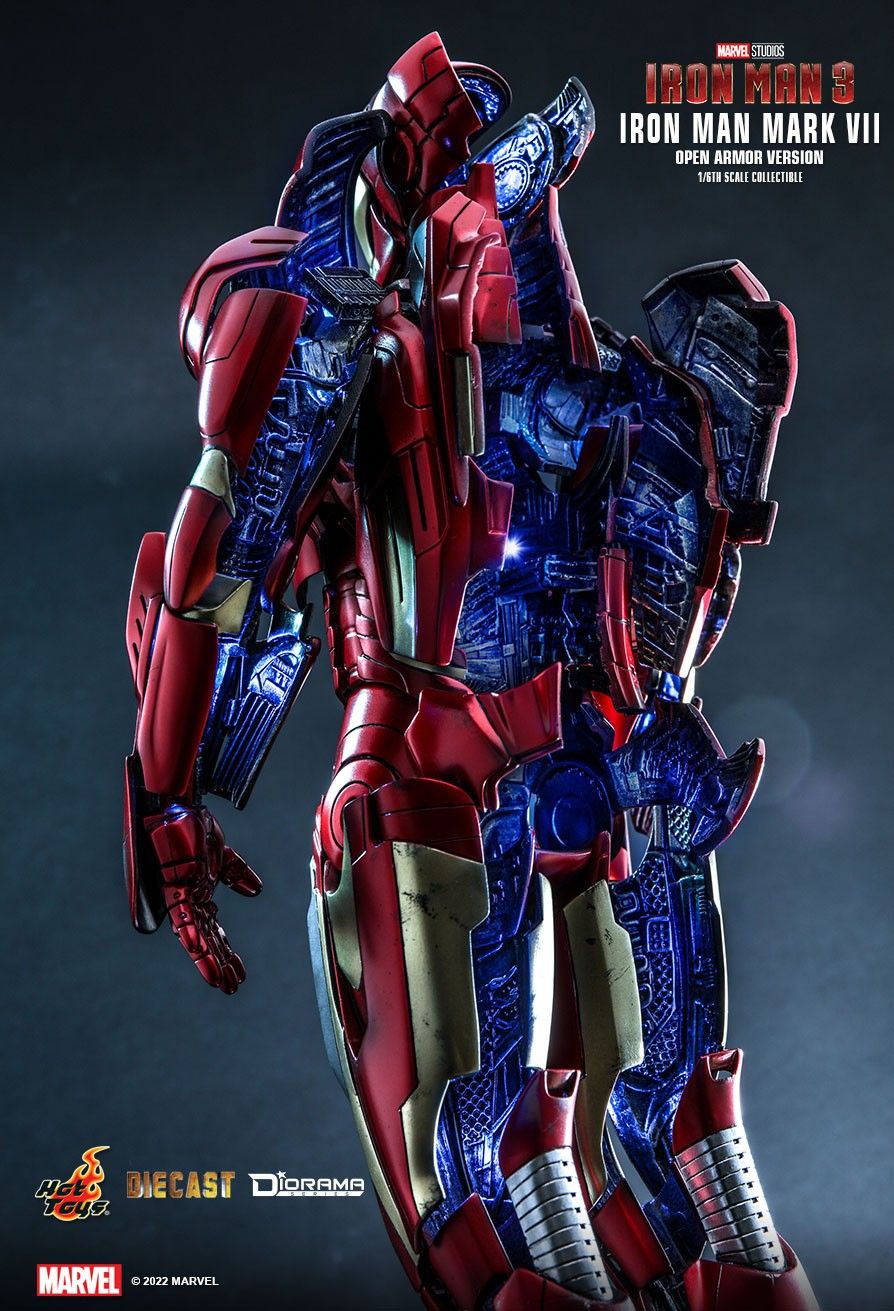 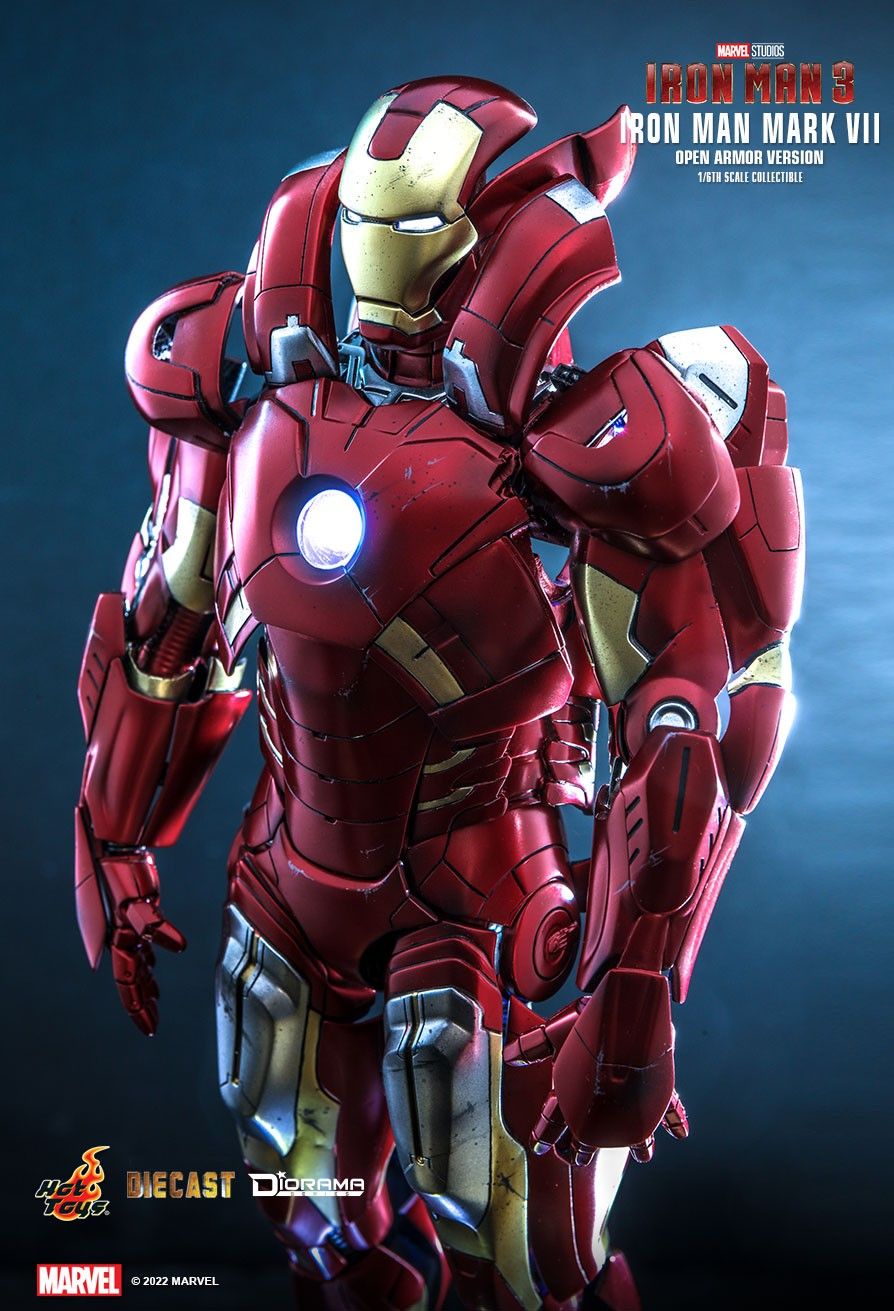 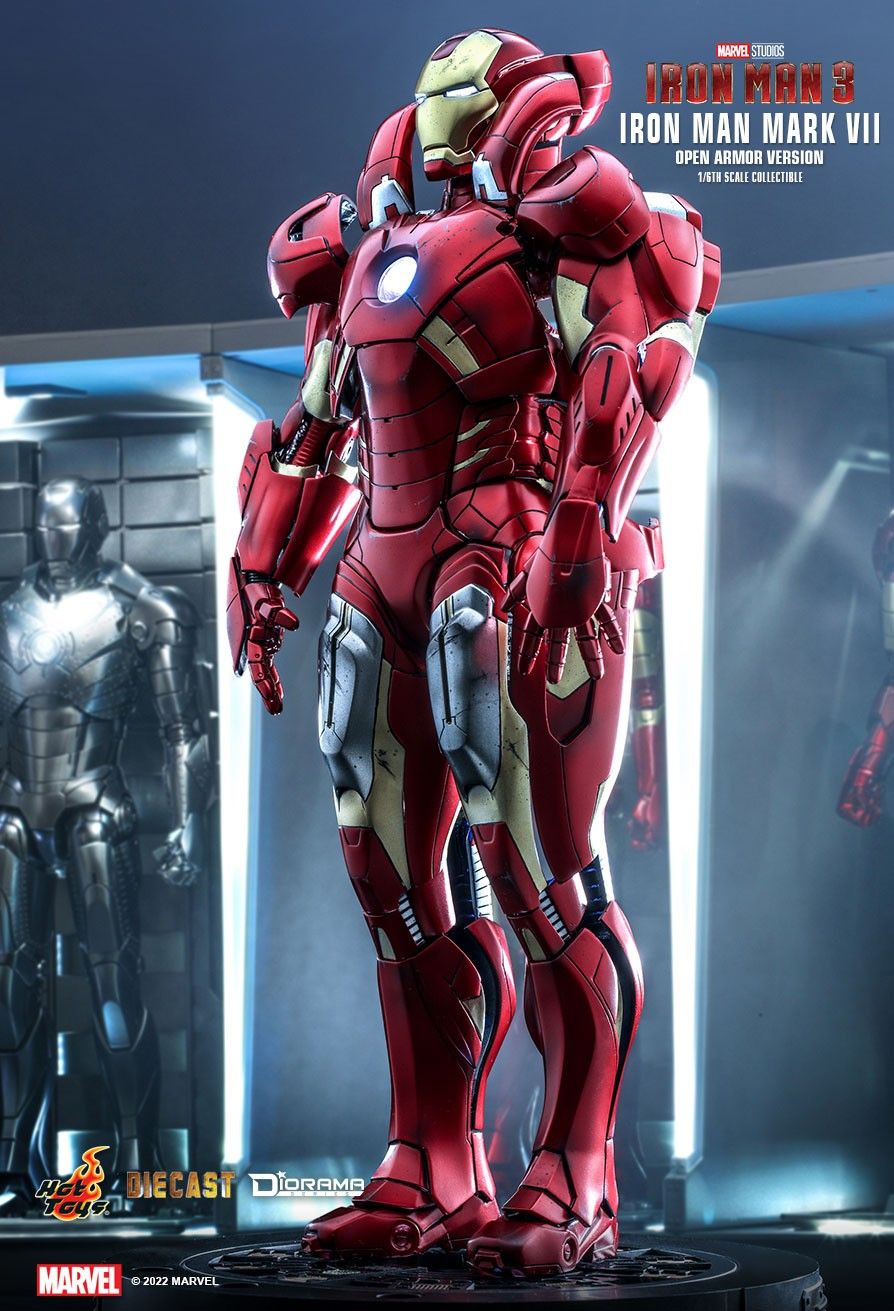 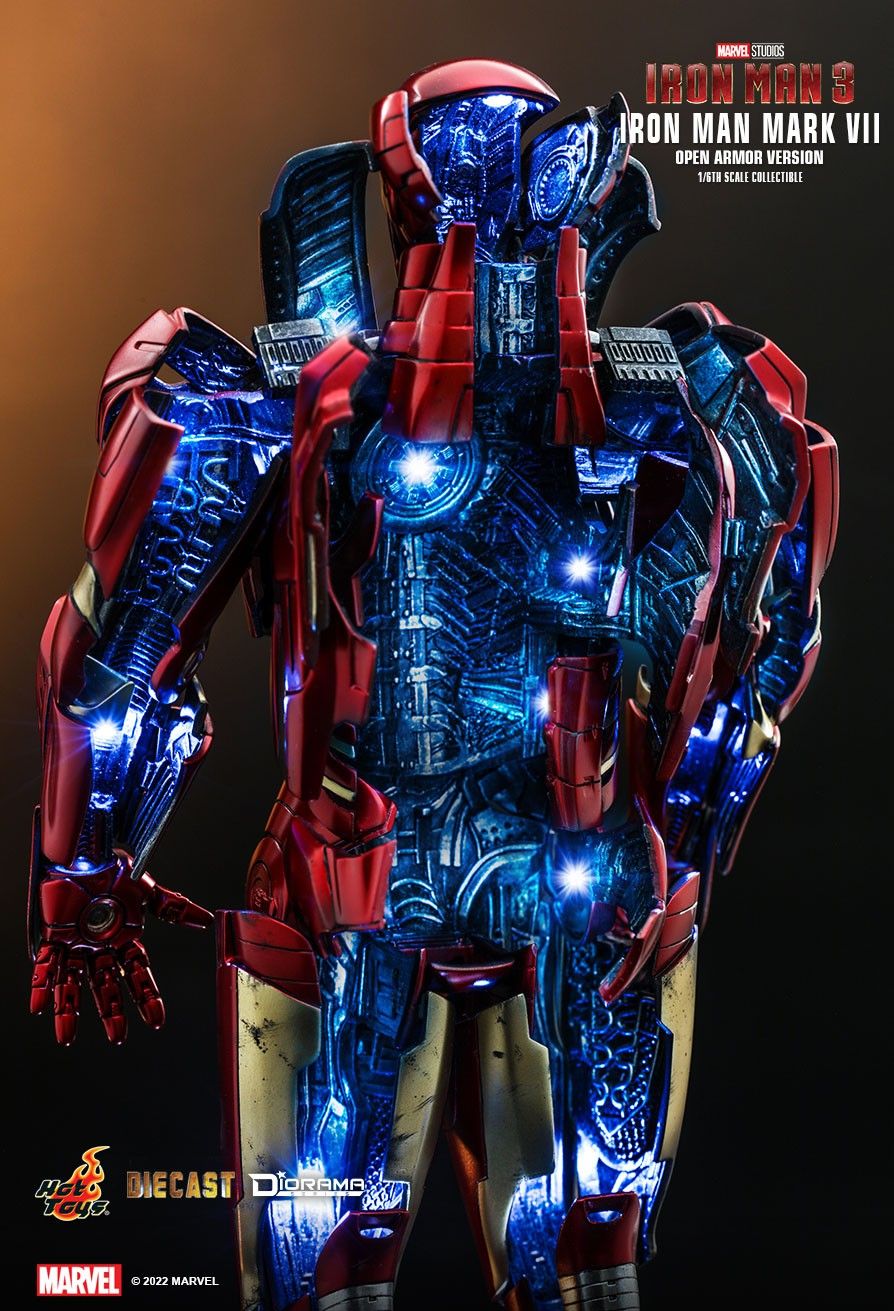 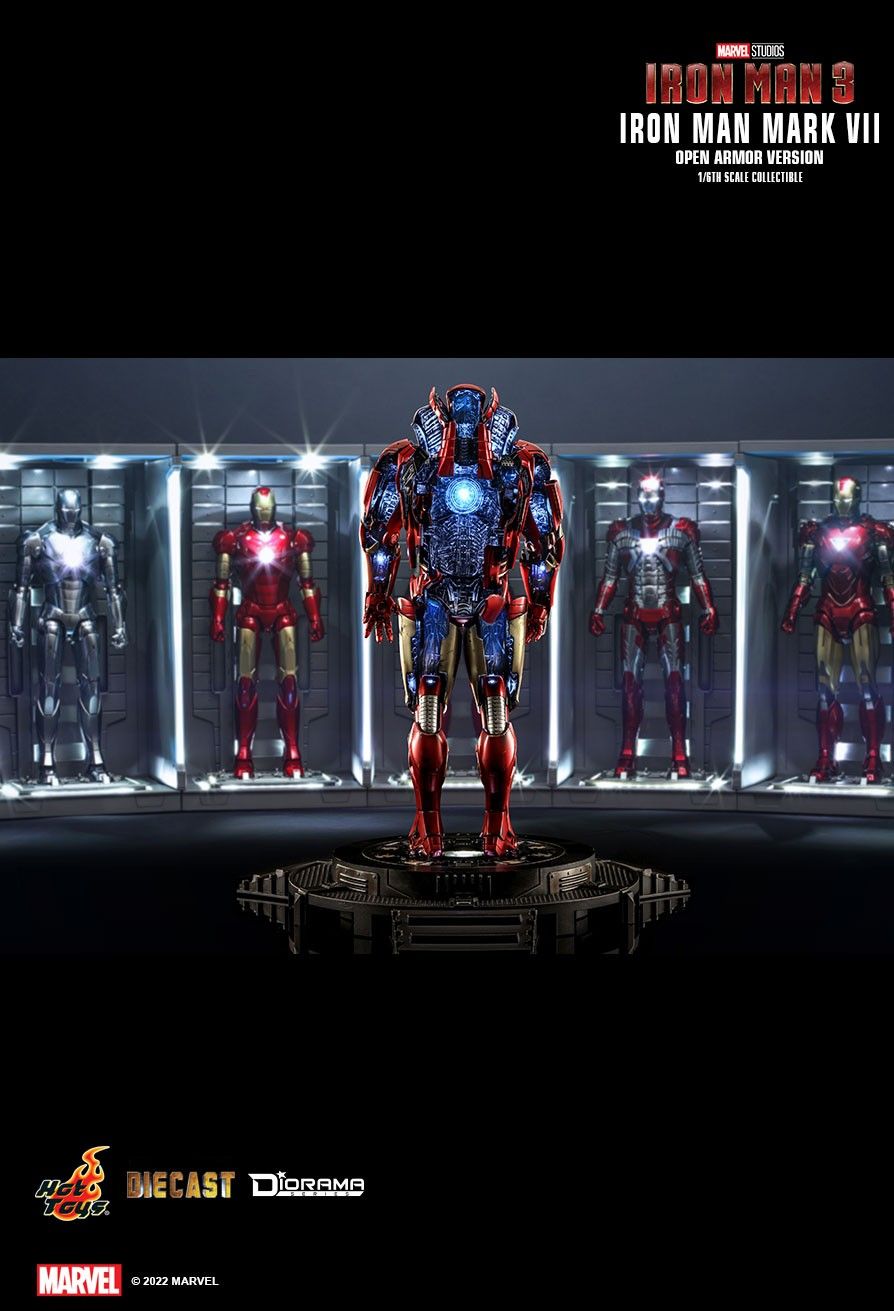 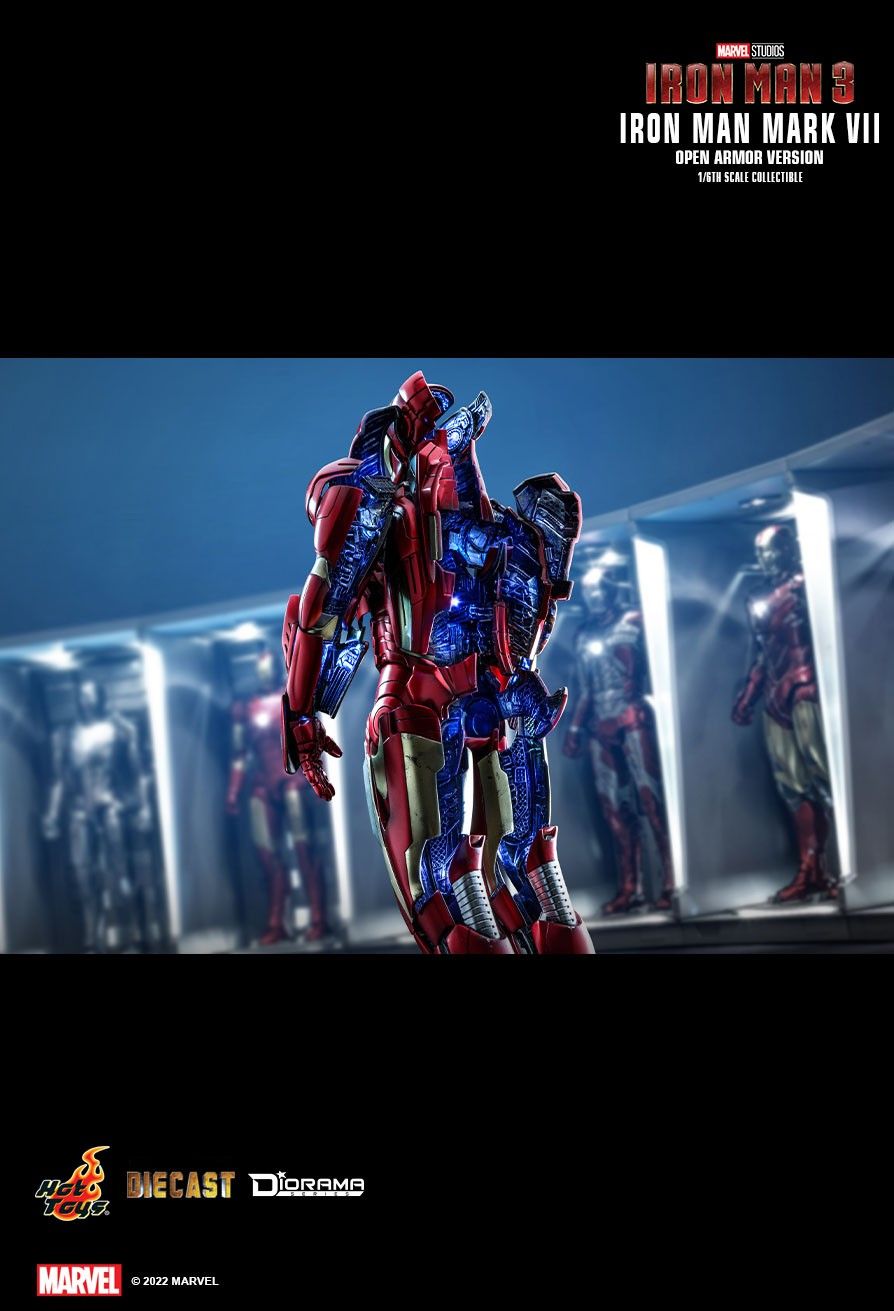 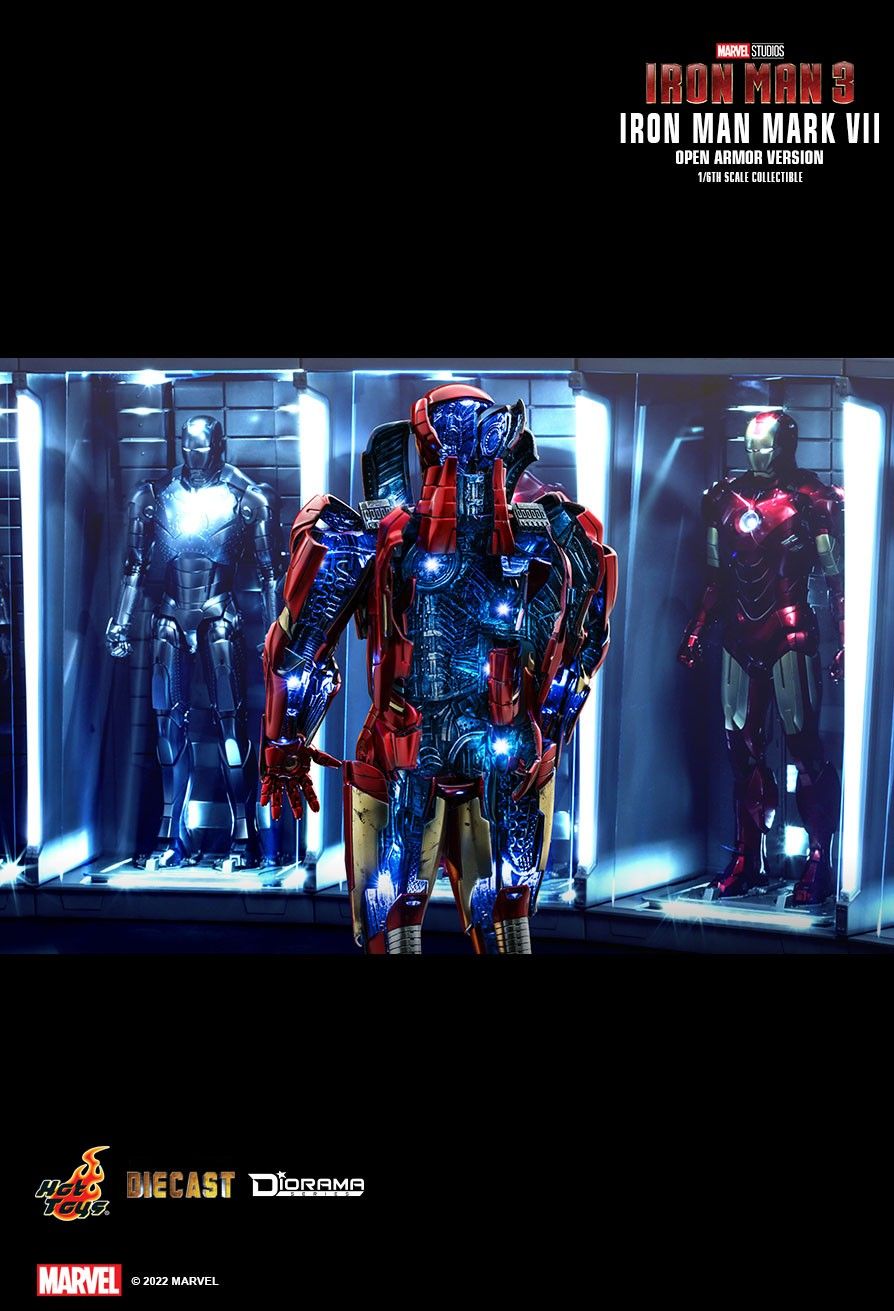 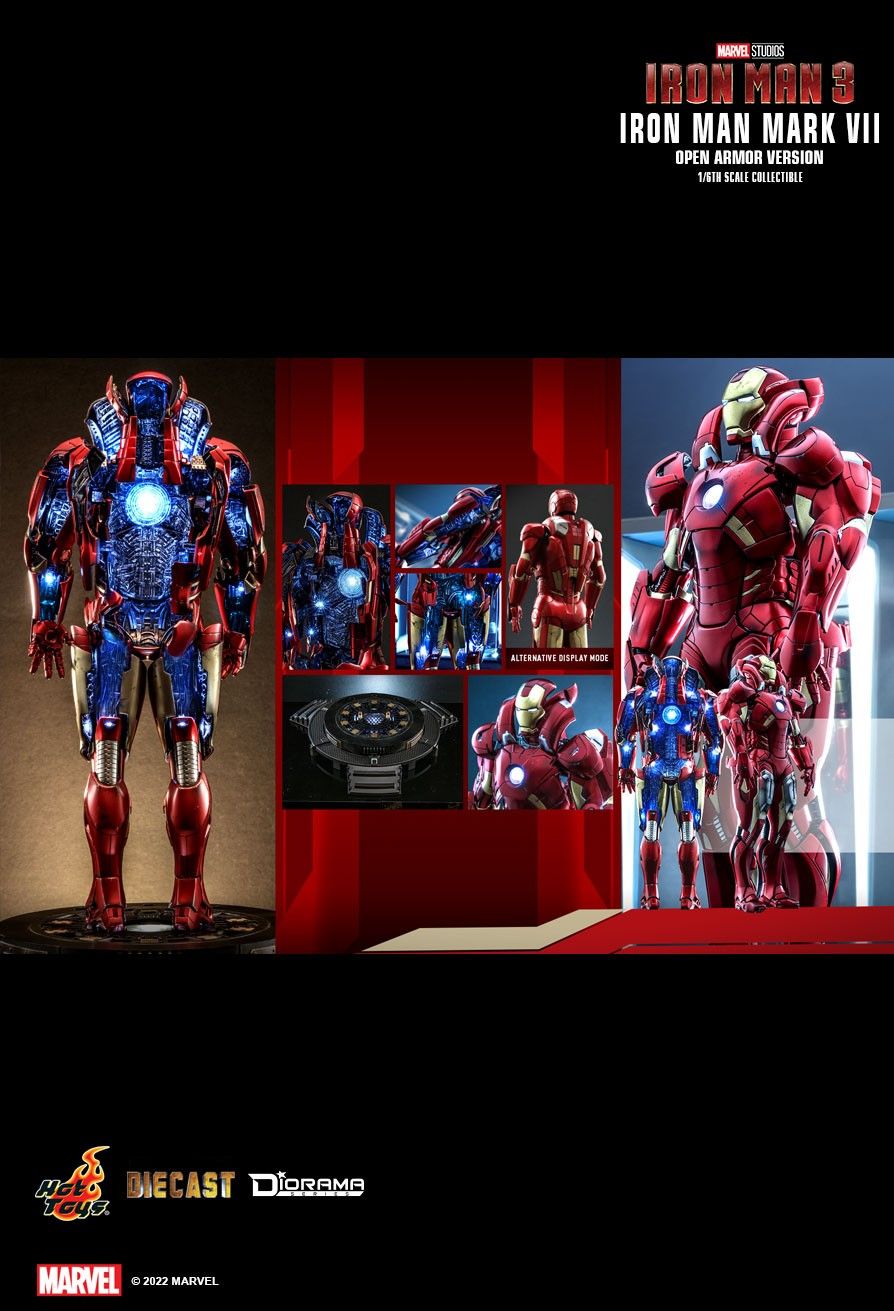 ABOUT THIS SIXTH SCALE DIORAMA

Tony Stark’s near-death experiences during the Battle of New York has left him suffering from severe nightmares and anxiety attacks. At a bar meet-up scene with James Rhodes in Iron Man 3, Tony recalled his fight with Chitauri, which forced him to leave the bar and get into the Mark VII suit to test for any faults in his physiology, only to be told nothing was wrong.

This exciting Marvel collectible allows two display options. Power the LED-lighted Mark VII figure through USB cable as an individual display; or draw power directly from the diorama base when connected for an integrated setting.

Add this suit of armor to your workshop diorama today!

* Battery not included for collectible figure base, 3A batteries (3 pieces) are required