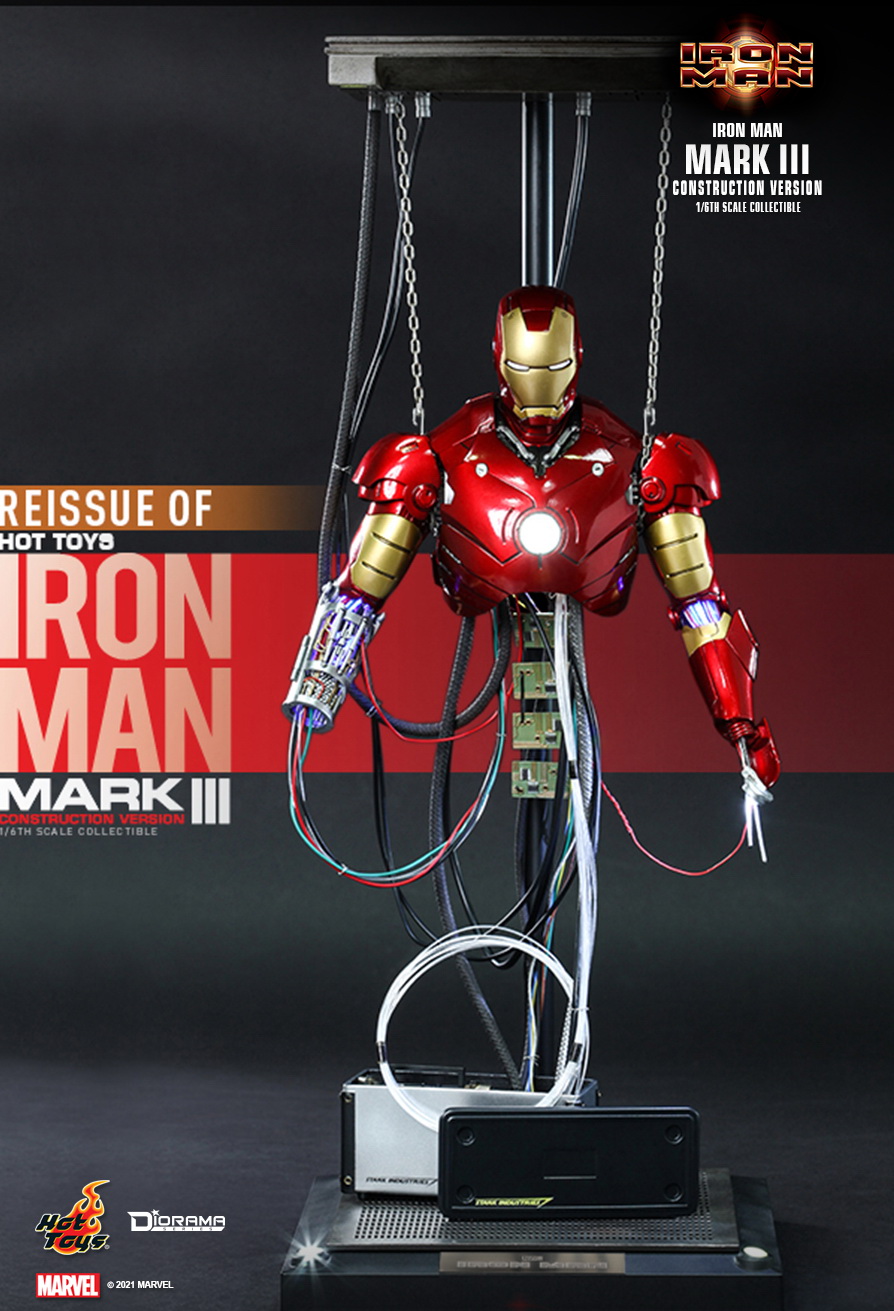 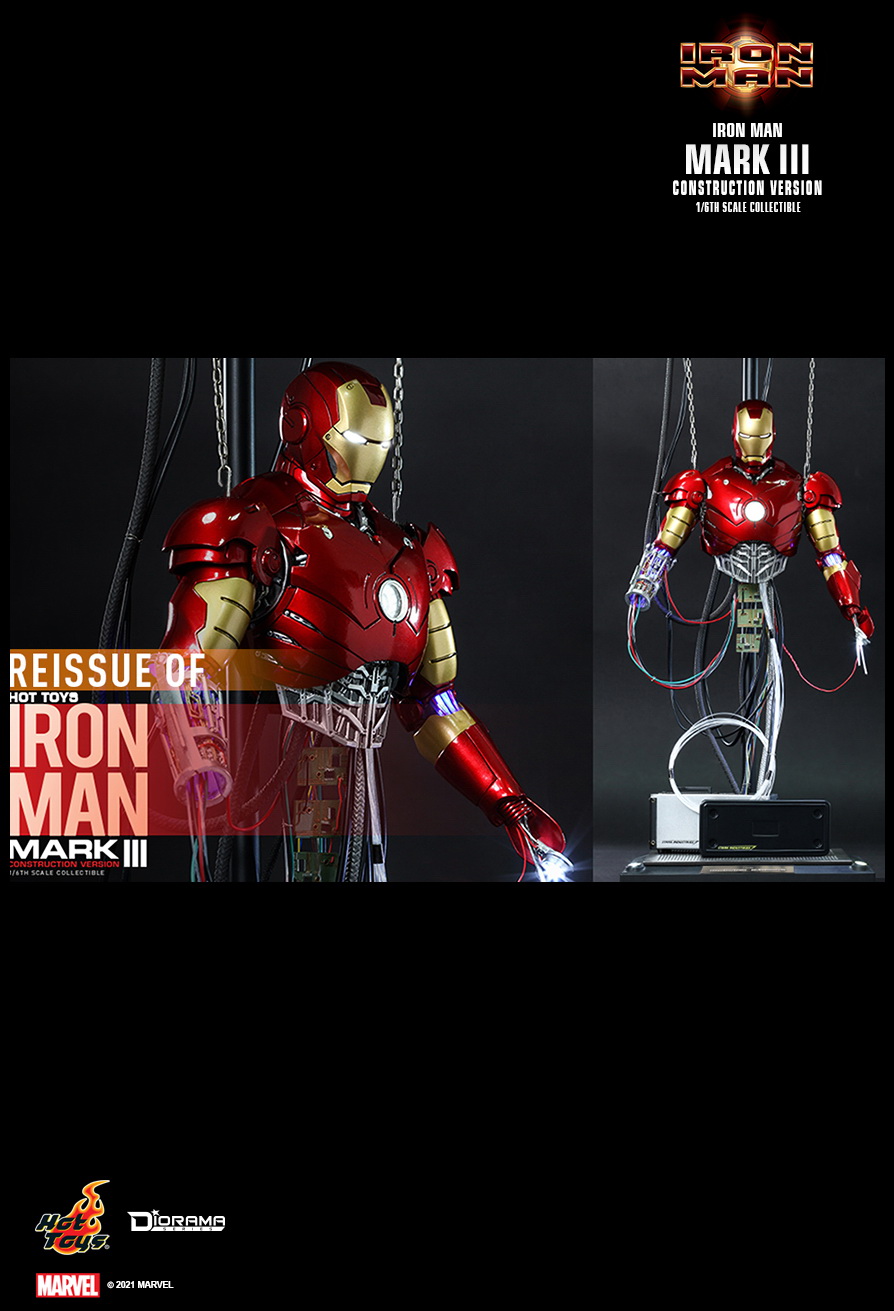 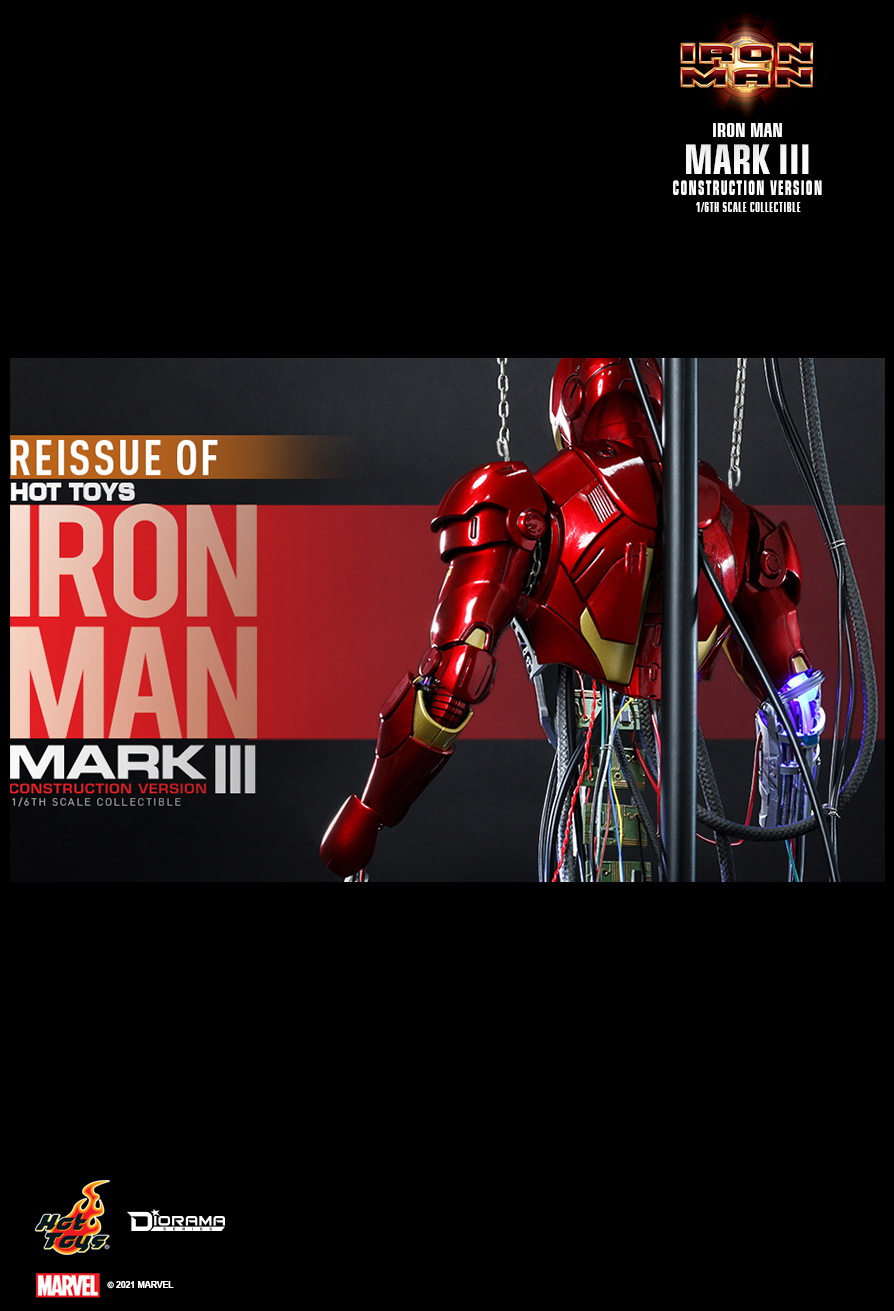 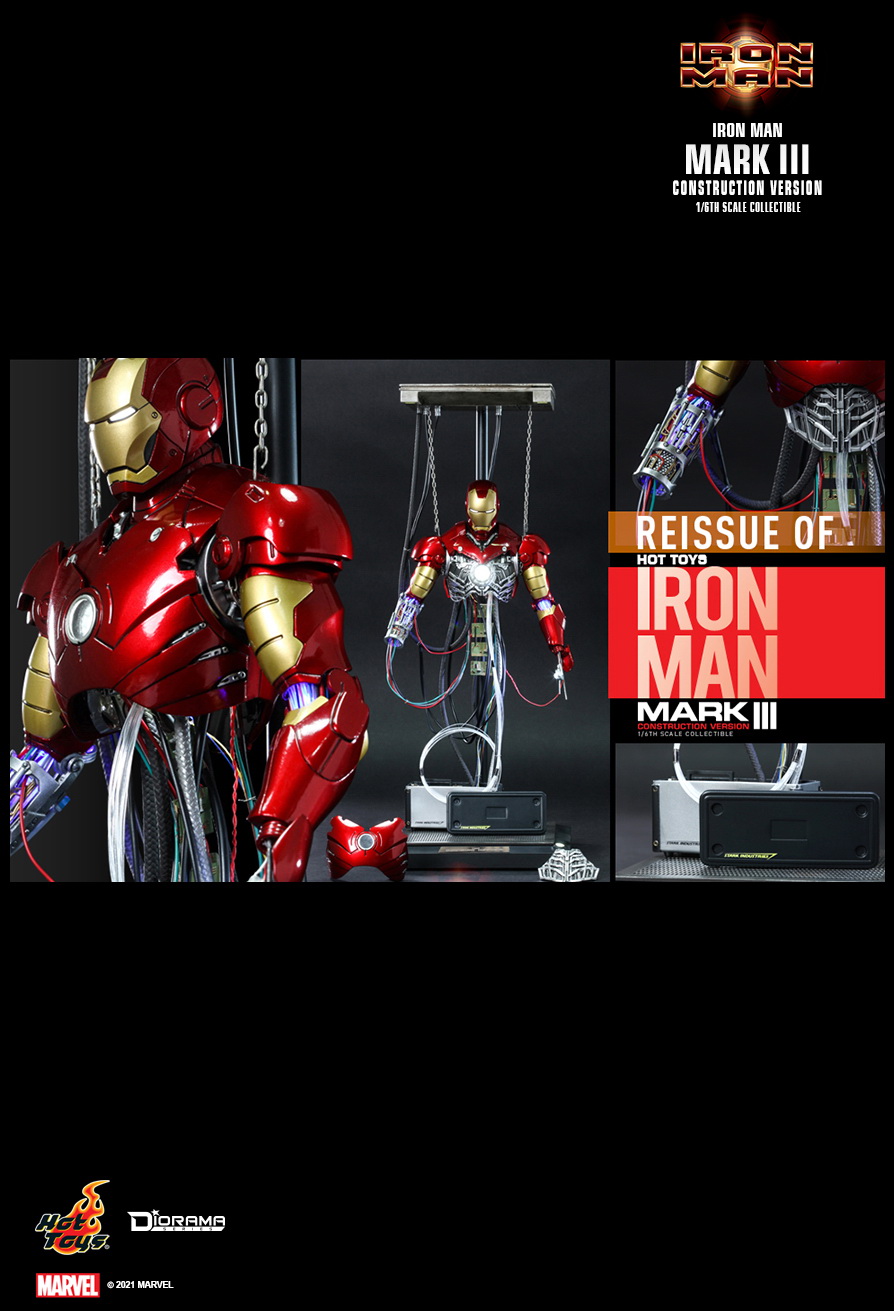 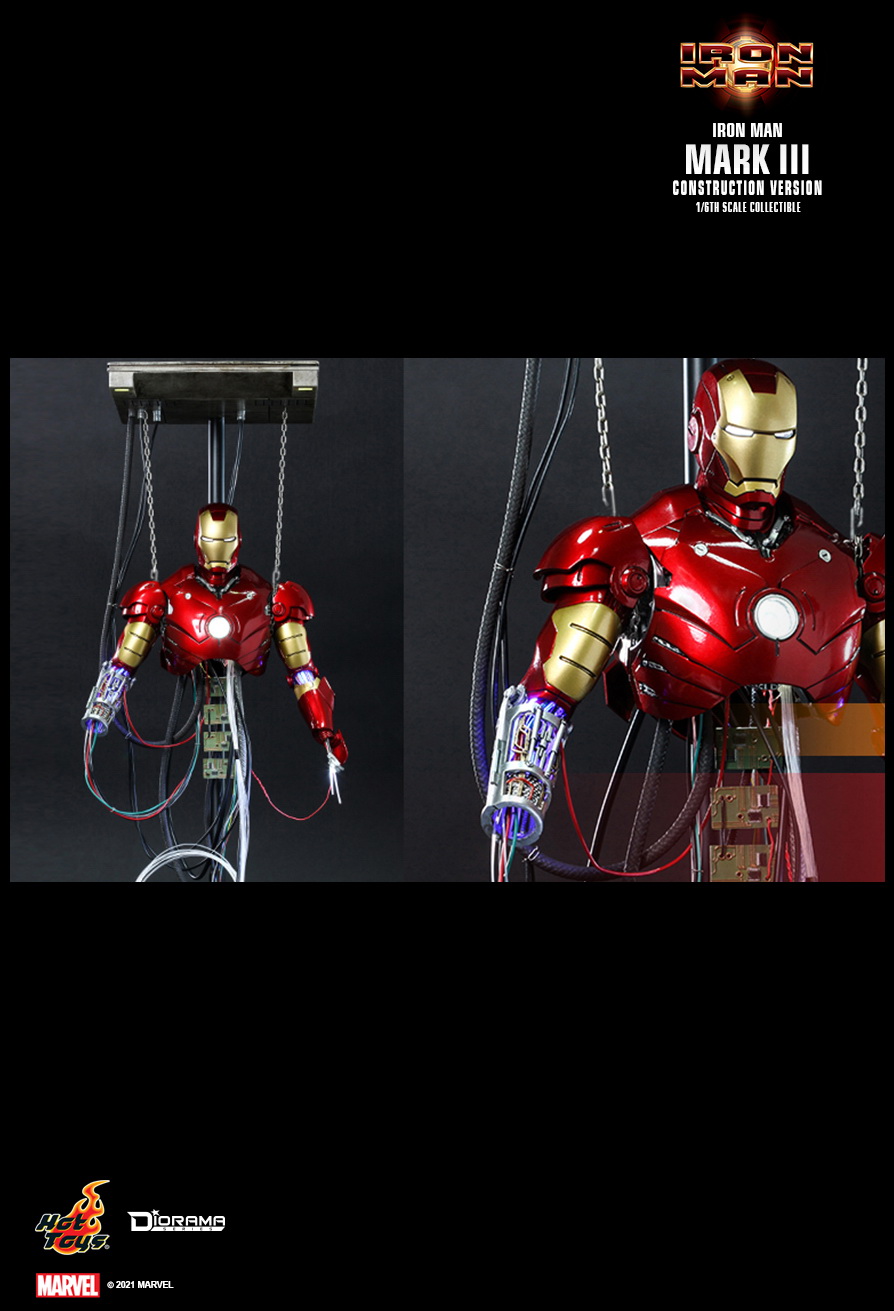 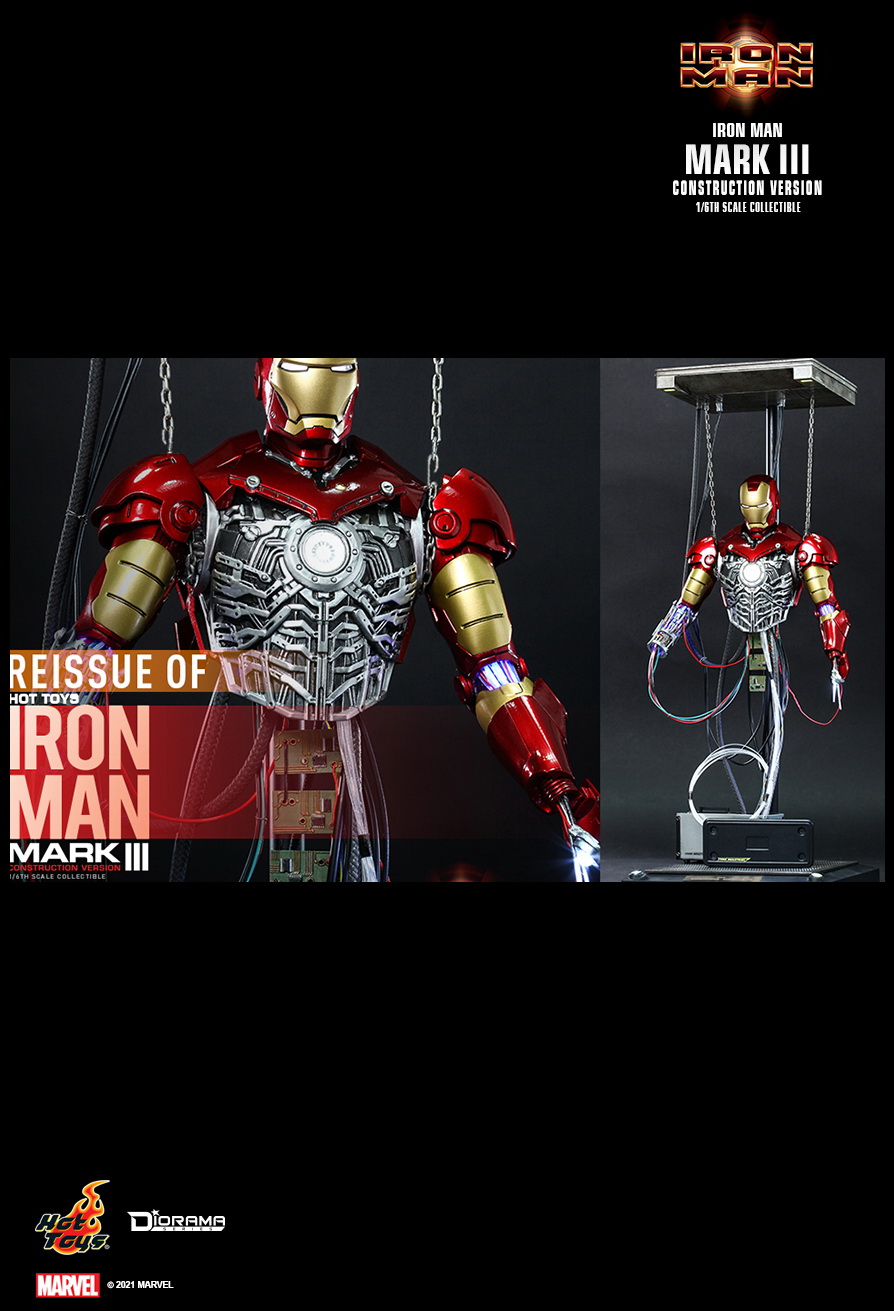 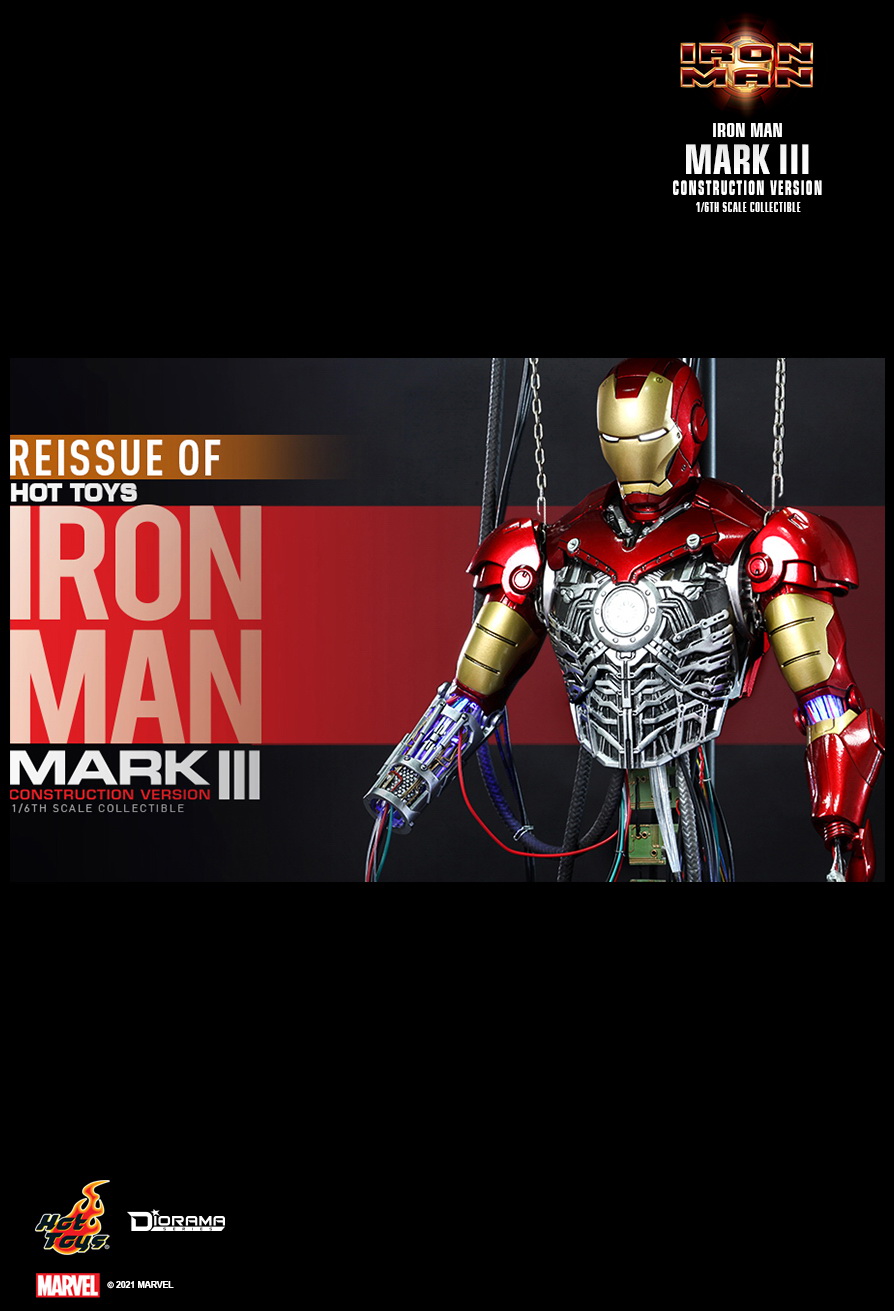 In the film Iron Man , Tony Stark is seen repairing the Mark III hanging from his ceiling with numerous cables and wires connected to the armor. To let fans reenact this special scene in Tony's workshop, Sideshow Collectibles and Hot Toys are delighted to present the Iron Man Mark III (Construction Version) Sixth Scale Figure as an addition to the Diorama Series! This is an excellent addition to your Iron Man collection and completes the workshop diorama!