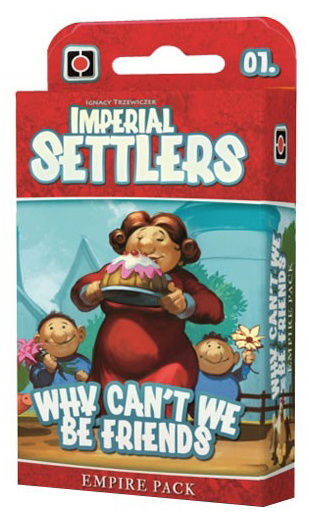 Imperial Settlers: Why Can't We Be Friends

First expansion from the Imperial line containing new cards - 10 for each faction from the base game, 13 for the common deck and 2 for solo play.

How about some cooperation?

This Empire Pack introduces Open Production ability to the game, so you can produce Goods for yourself as well as for other players. Pretty nice, right?

Well, actually it involves pretty mean stuff like stealing enemy locations and building huge walls to isolate and protect your lands. Friendship is not all it's hyped up to be.